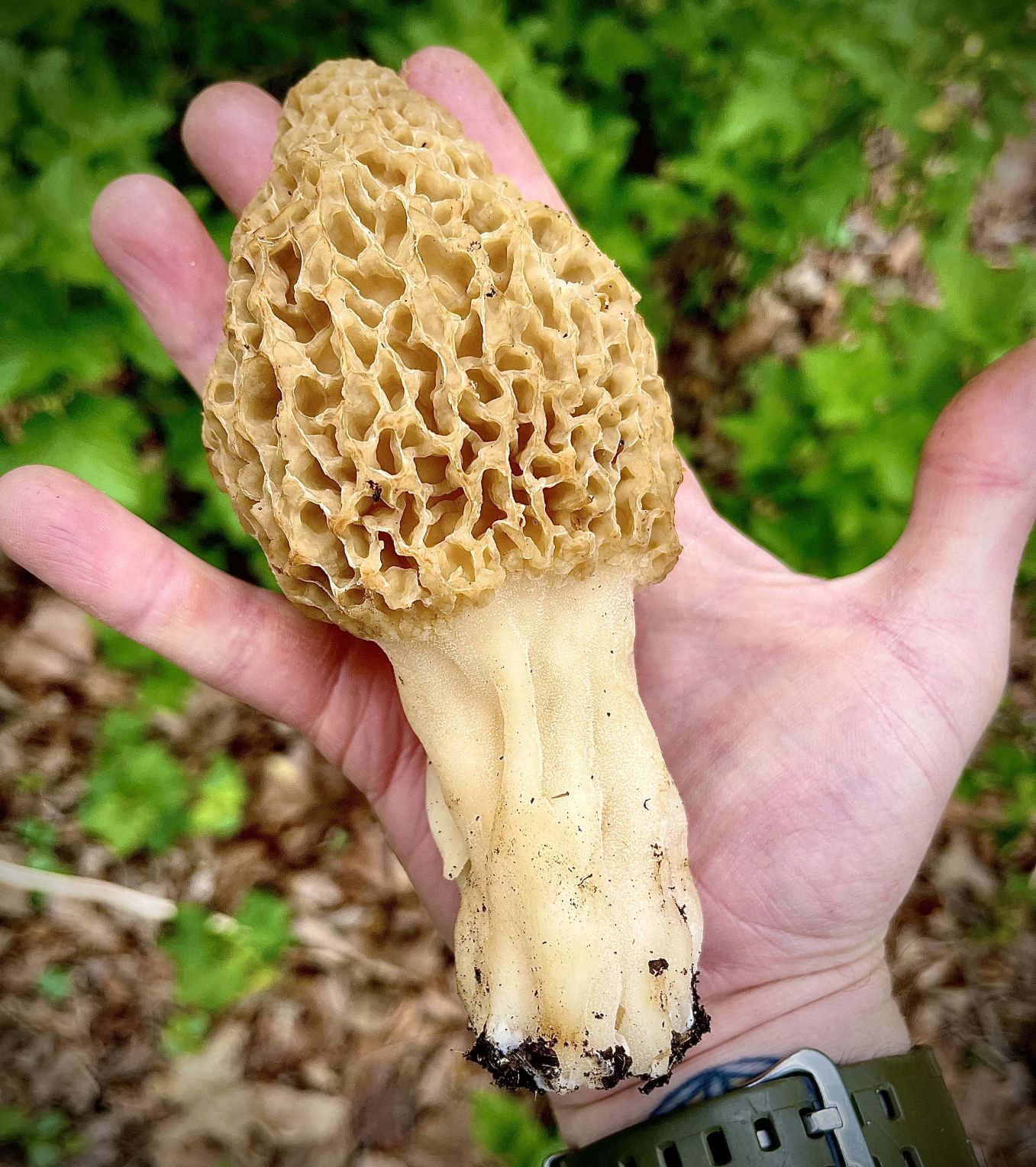 High Country Fungi foraged for a morel mushroom in Boone. 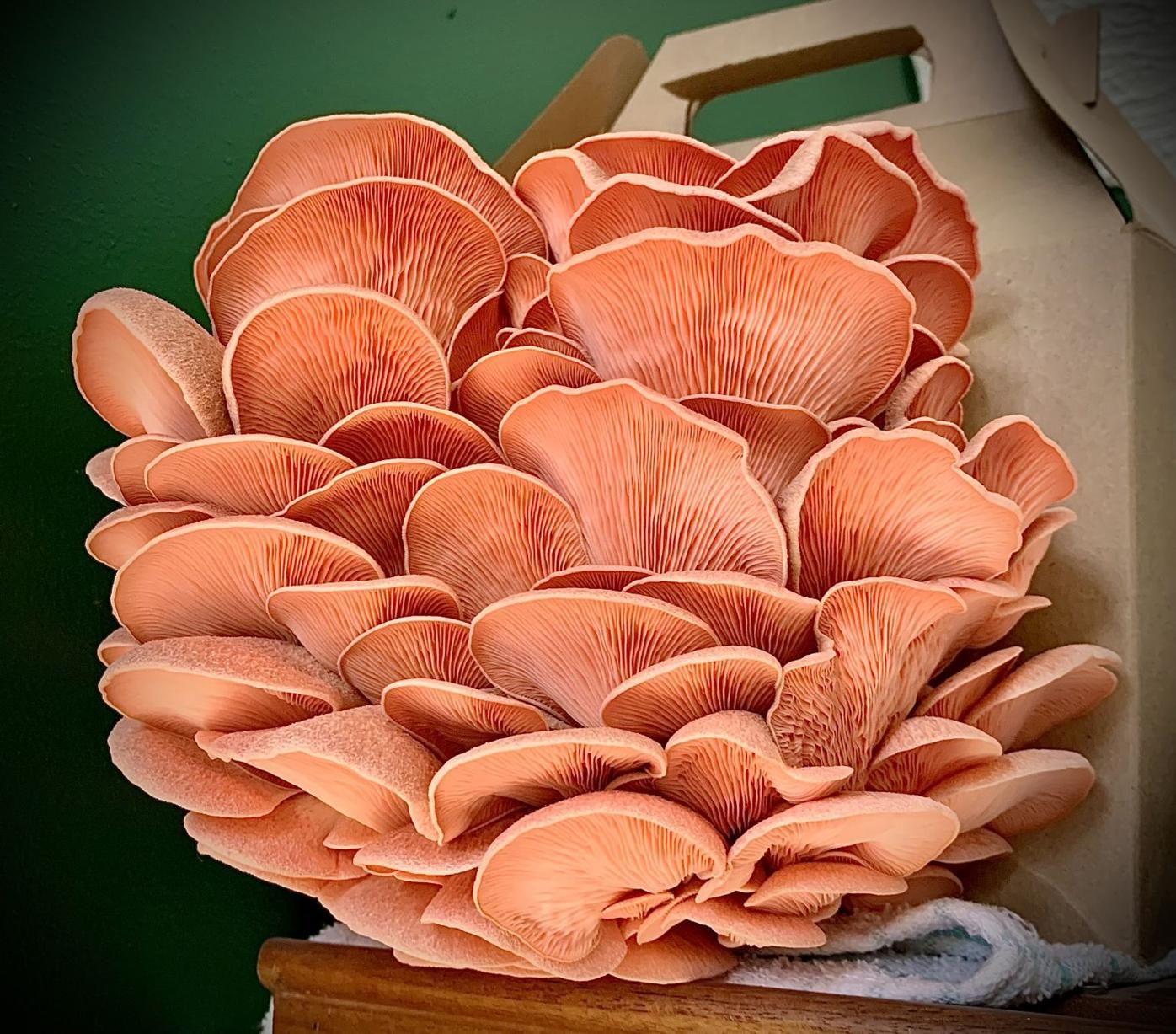 A pink oyster mushroom grows from one of High Country Fungi’s ‘grow-your-own’ kits. 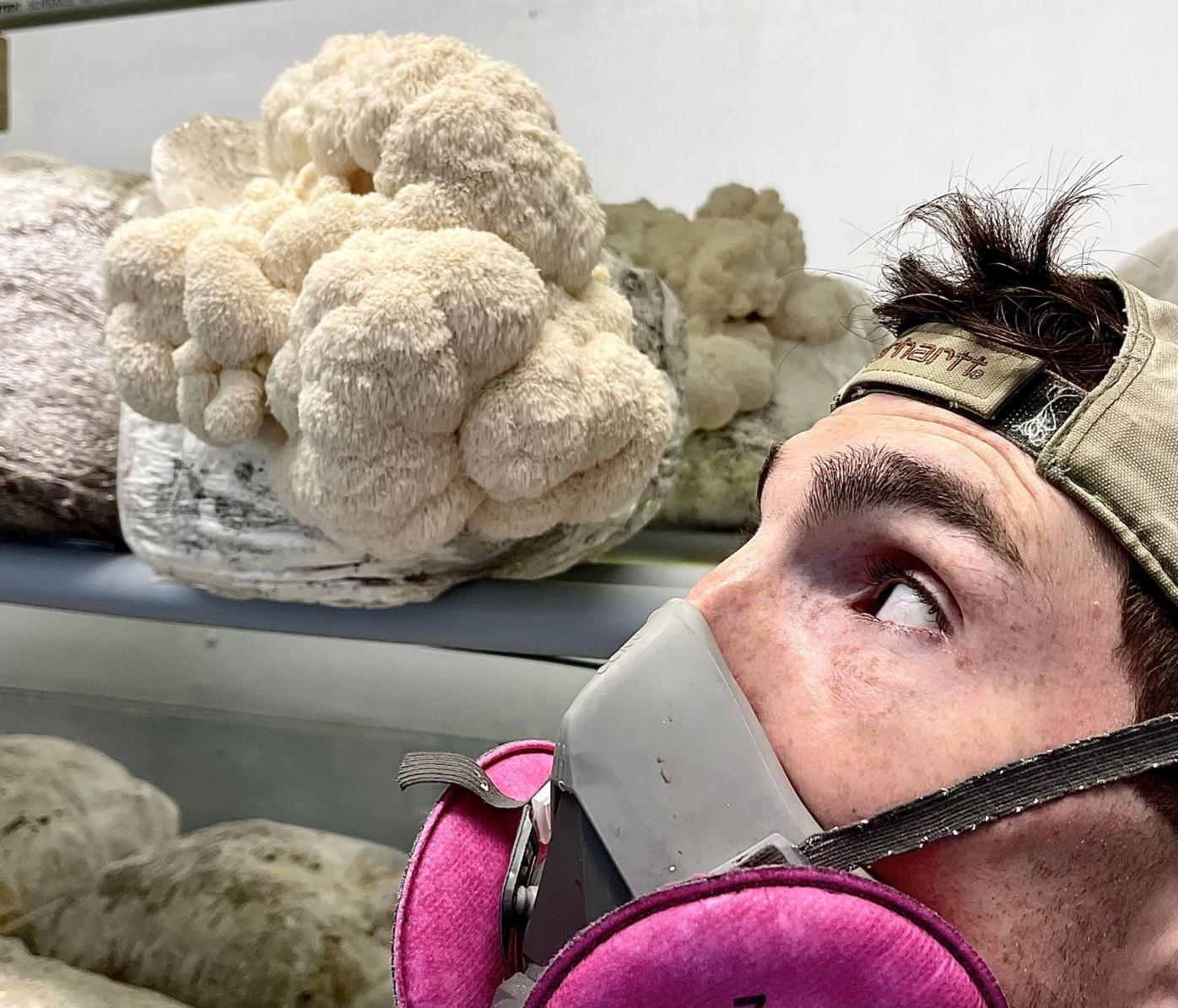 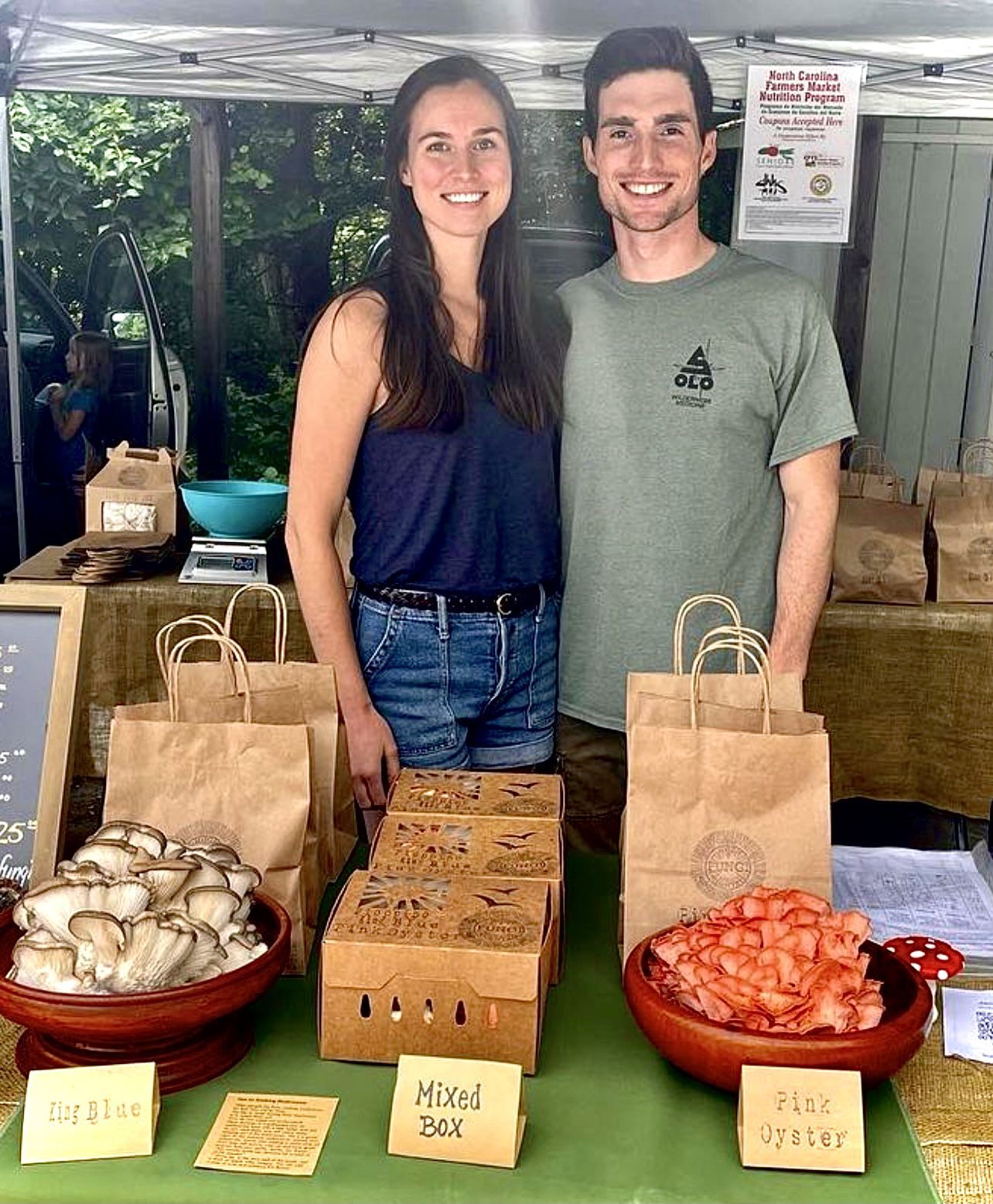 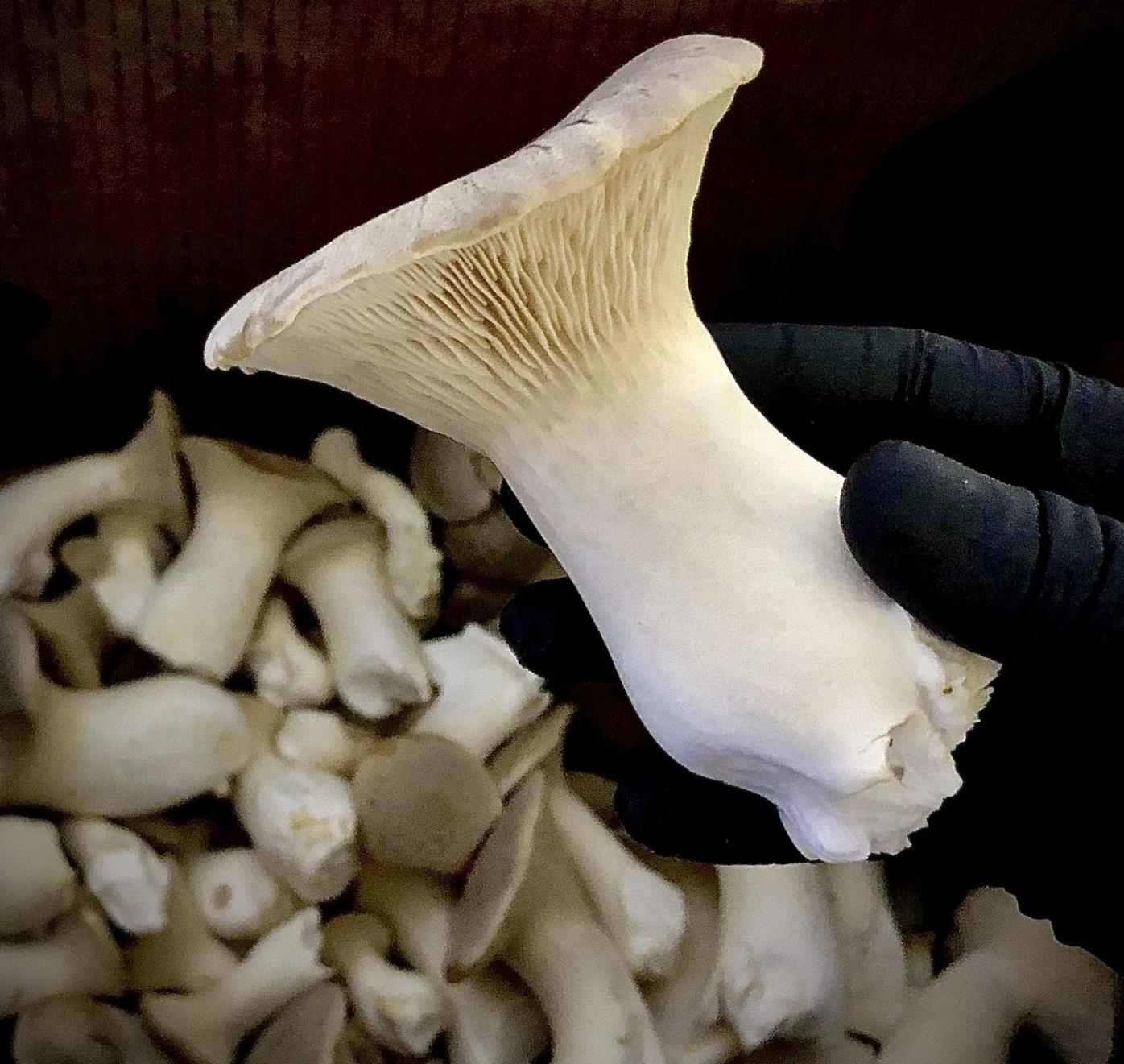 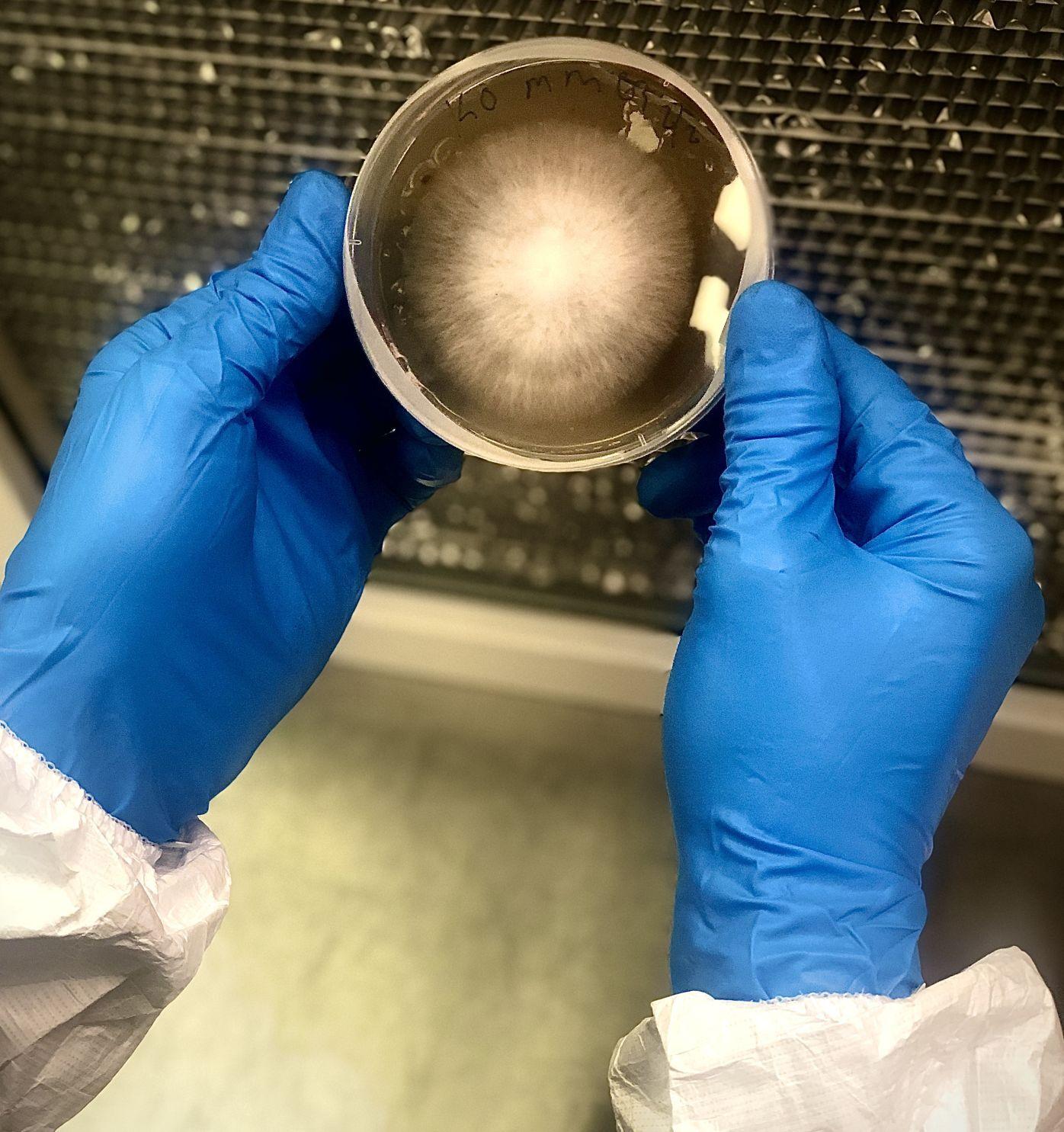 Mushrooms start out in the grow room. 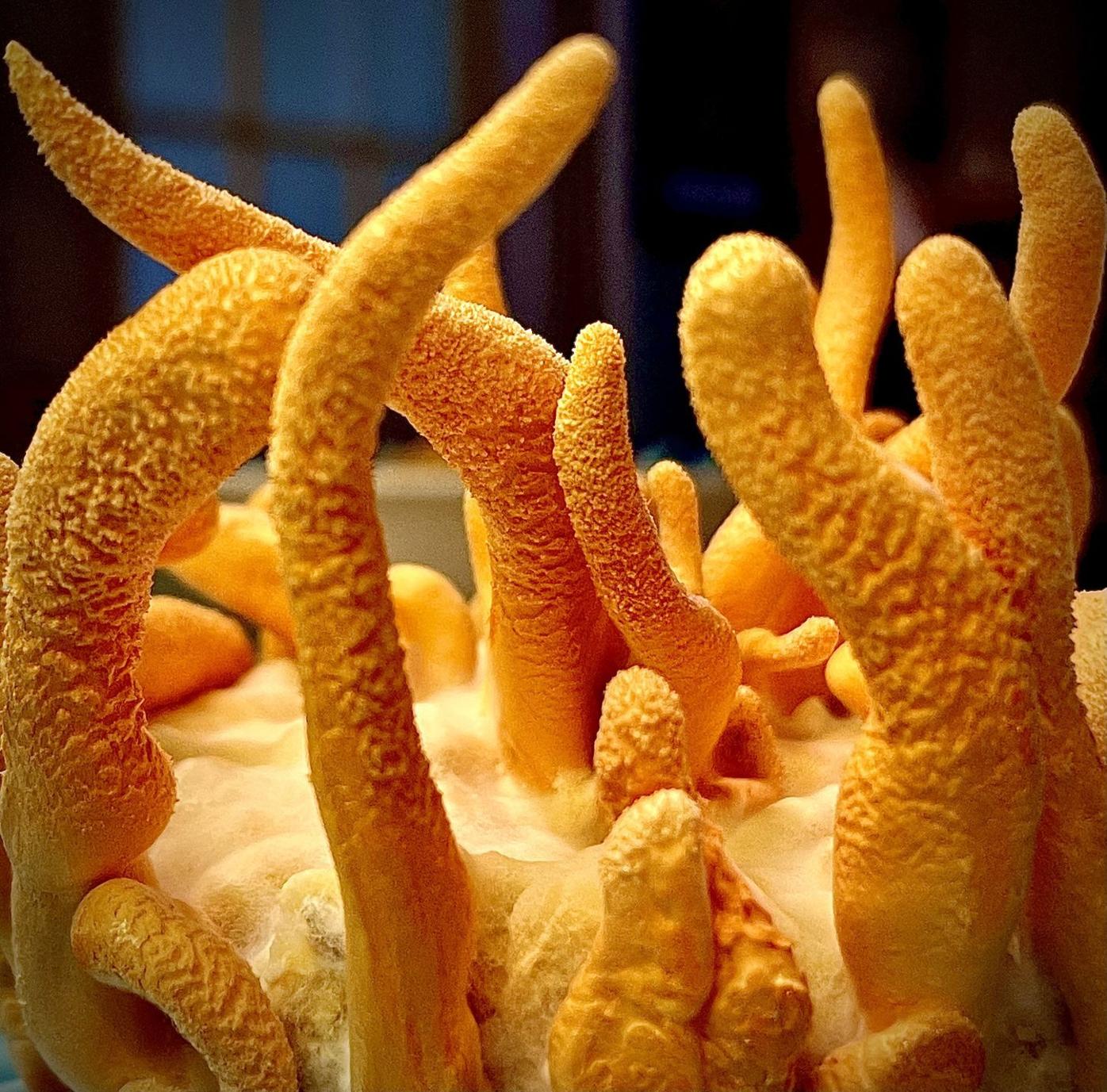 Cordycep mushrooms are ‘super tricky’ to grow and hard to find according to Hughes.

High Country Fungi foraged for a morel mushroom in Boone.

A pink oyster mushroom grows from one of High Country Fungi’s ‘grow-your-own’ kits.

Mushrooms start out in the grow room.

Cordycep mushrooms are ‘super tricky’ to grow and hard to find according to Hughes.

High Country Fungi, a local specialty mushroom company, supplies 100 pounds of fresh mushrooms weekly to more than 10 local restaurants. Relying on the culinary expertise of Watauga and Avery County chefs to turn the nutritious fungus into something delicious, they also make it part of their mission to give back to the community through donations and locally available produce.

It turns out, unsurprisingly, Hughes said, that people like knowing exactly where their food comes from, which is why he began also offering “grow-your-own” kits for customers. High Country Fungi is regular vendor at Watauga County Farmer’s market, supplying as much as 75 pounds of locally grown and foraged mushroom products to the community every week.

“Our goal as a business is to bring our community the fungal medicines that have so radically enriched our own lives,” High Country Fungi founder Avery Hughes said.

As part of the company’s CAS-centered mission, High Country Fungi donates the waste generated by the cultivation of mushrooms to one local farm and two local composting agencies. The waste is incorporated into the soil used to grow the produce that feeds people all throughout the High Country.

The company’s products hit Earth Fare shelves in Boone, Aug. 10. They announced the partnership on Aug 3.

“I know that what I’m providing my community is of the highest quality and done with intention and that makes all the difference to me,” Hughes said.

Hughes, a licensed mushroom forager in 10 states, cultivates more than 10 mushroom species out of a converted brewery in Plum Tree, N.C., about 20 minutes outside of Linville.

He migrated to the area shortly after retiring from the hospitality industry in Georgia in 2016. Mycology, the study of fungi, was not on his mind until his father signed them up for a shitake mushroom log workshop. The course was part of North Carolina’s Cooperative Extension in Avery County.

The following spring, Hughes said, the logs colonized, producing shitake mushrooms. He had never seen anything like it.

“I didn’t even know mushroom cultivation was really a thing, let alone that you could do it on logs at your home,” Hughes said.

Hughes then moved to Boone, where he started seeing an herbalist, who prescribed him Reishi mushrooms. The mushrooms gave him a profound sense of wellbeing, he said. So, he started researching the various medicinal properties of mushrooms, learning that mushrooms are a natural and nutritious remedy for all kinds of ailments. Twenty grams of mushrooms a day can cut your cancer risk by 45 percent, Hughes said. He incorporated the fungi into his diet.

“The wheels started turning,” he said. “I started thinking there’s got to be more to mushrooms,”

Medicinal mushrooms were already a booming business out west, when Hughes decided to launch his company. His friend, a mushroom farmer in Oregon, offered him a 10-day course in growing mushrooms commercially.

Hughes returned to Boone and founded High Country Fungi in 2020.

He received a $3,000 grant from Western North Carolina AgOptions that same year to expand the business, which allowed him to grow High Country Fungi sustainably.

Depending on how well sales are at the Boone Earth Fare, the business could expand into the grocery store’s Asheville location and possibly larger grocery retailers.