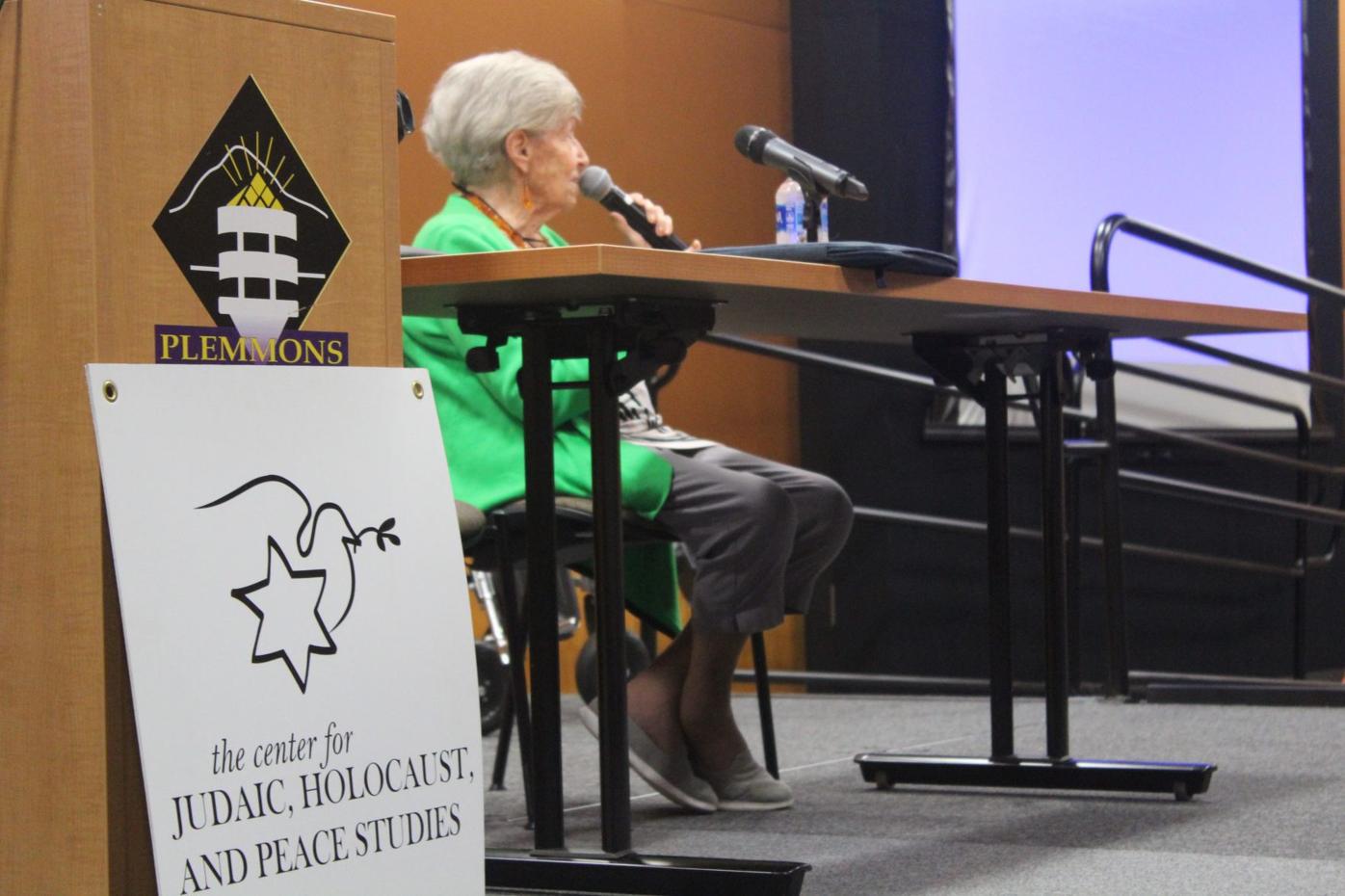 Holocaust survivor Susan Cernyak-Spatz speaks at App State Oct. 2 to educate attendees about what she lived through during the Holocaust. 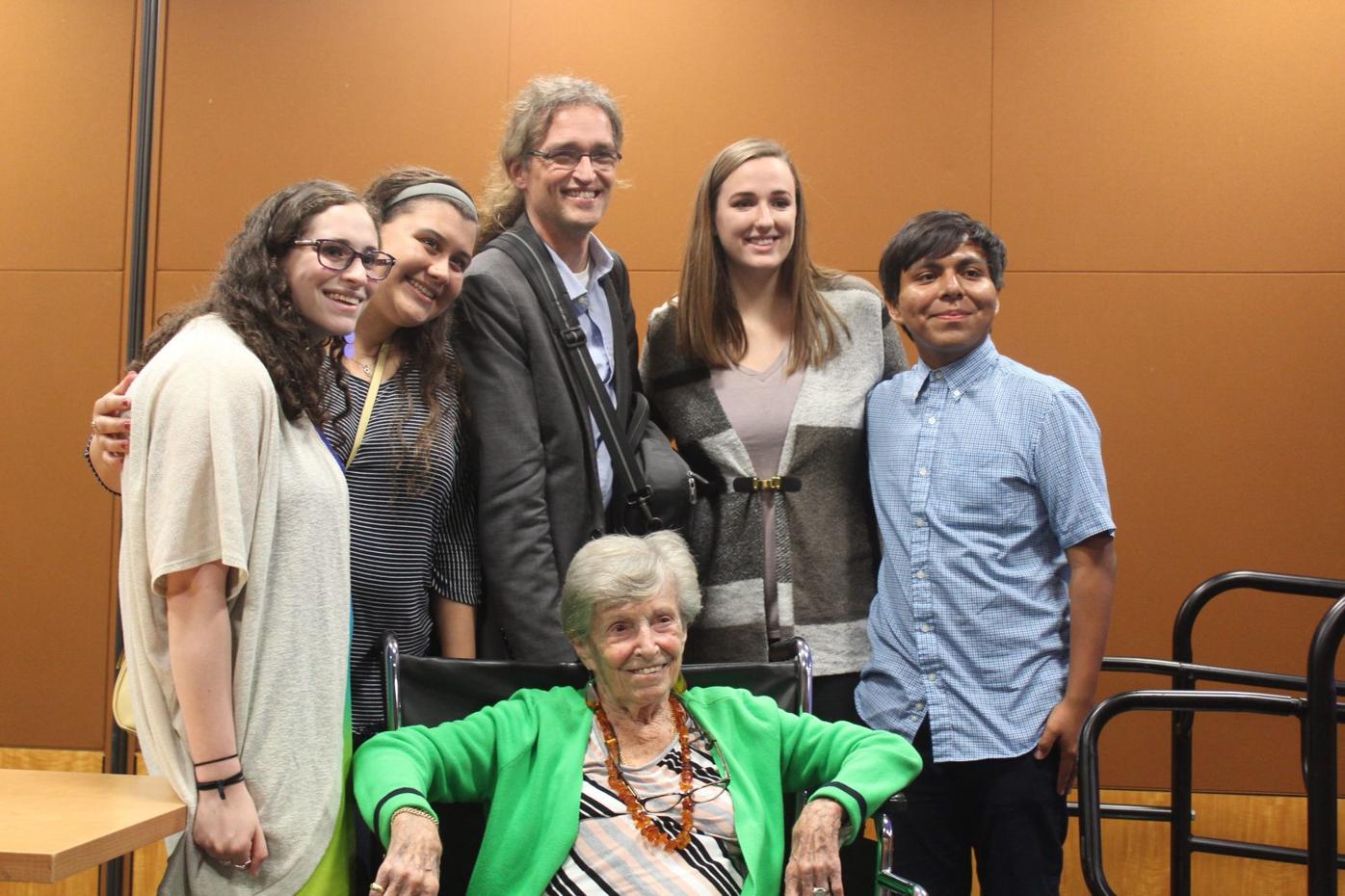 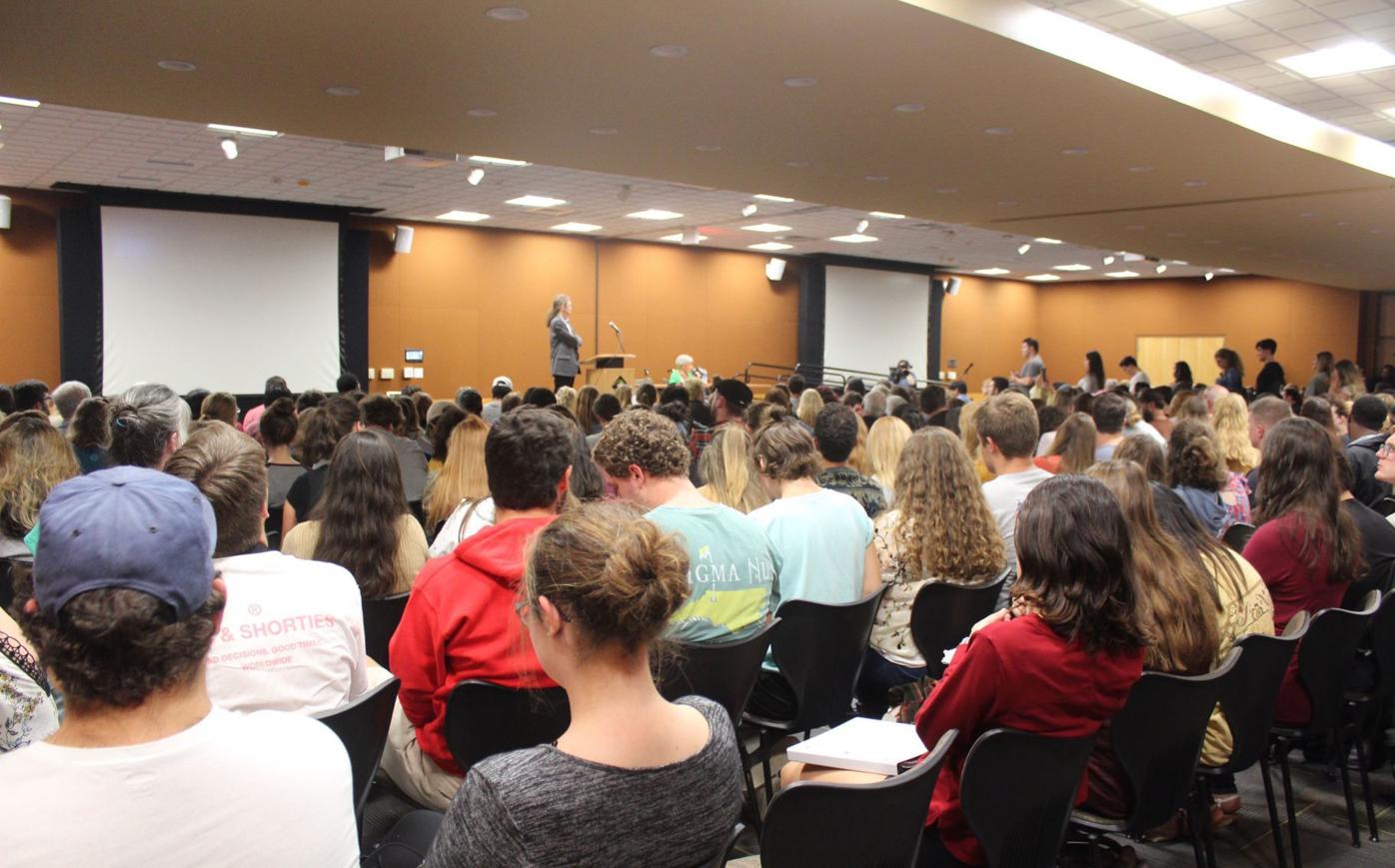 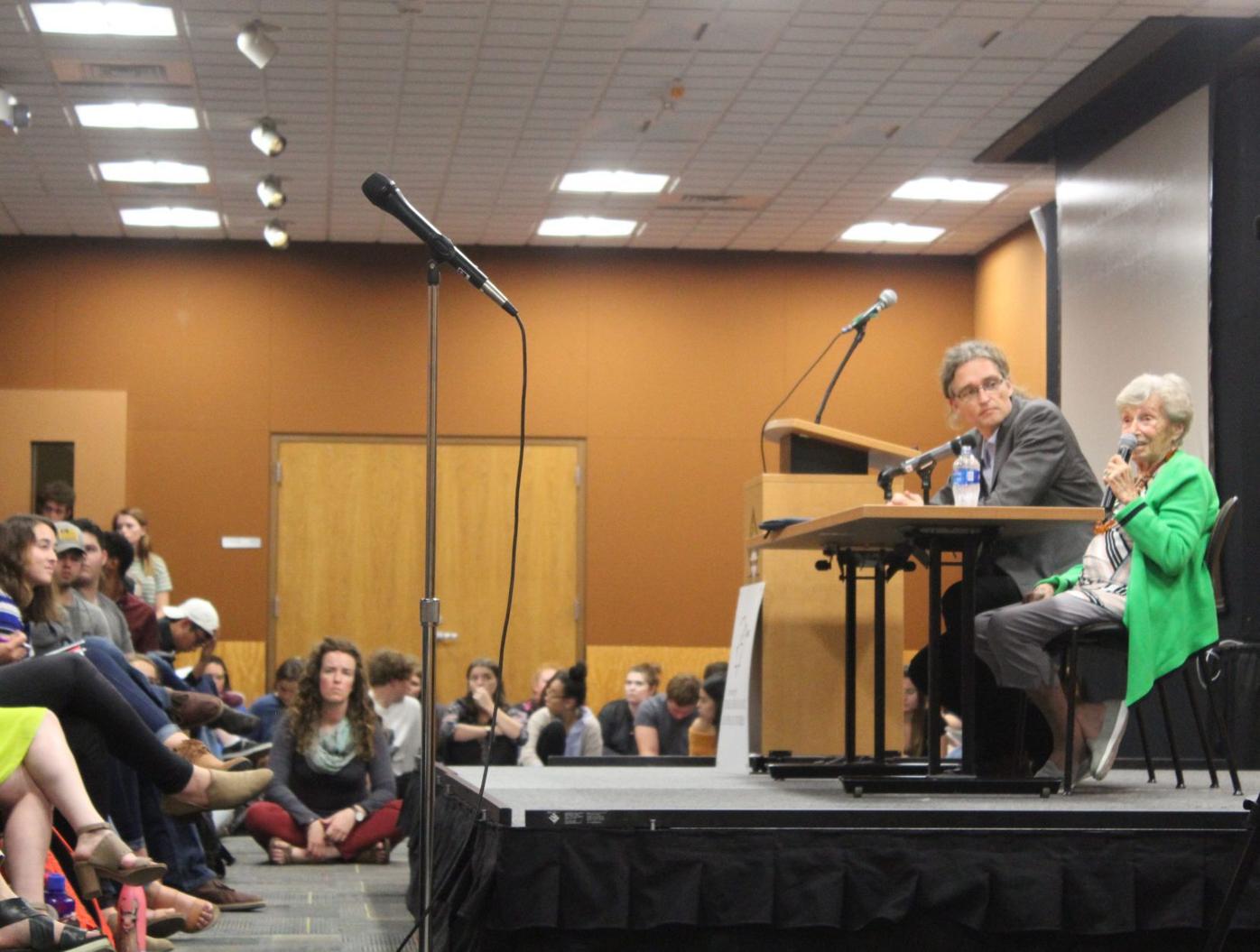 Cernyak-Spatz answered audience questions about her life at Auschwitz and her life after liberation.

Holocaust survivor Susan Cernyak-Spatz speaks at App State Oct. 2 to educate attendees about what she lived through during the Holocaust.

Cernyak-Spatz answered audience questions about her life at Auschwitz and her life after liberation.

Minute to minute, hour to hour, day to day.

Holocaust survivor Susan Cernyak-Spatz’ sole survival method was to focus on living to the next minute, which she credits as being the mentality that kept her alive.

Cernyak-Spatz spoke at Appalachian State University’s student union on Oct. 2 about her experience at Auschwitz-Birkenau, life after liberation and the resurgence of Nazism internationally. The Peace and Genocide Education Club, along with the university’s Center for Judaic, Holocaust and Peace Studies hosted Cernyak-Spatz so that attendees could learn from what she endured.

Cernyak-Spatz grew up in Berlin then moved to Vienna, Austria, where her family had to uproot their life when Hitler occupied Austria in 1938. They soon fled to Prague, Czechoslovakia. Cernyak-Spatz’ father managed to flee to Belgium the day before World War II broke out, Cernyak-Spatz said, but she and her mother were essentially stuck.

Eventually, Nazis found Cernyak-Spatz and forced her on a train headed for Auschwitz-Birkenau — one of the most infamous concentration and death camps during the Holocaust.

While Cernyak-Spatz was not aware of what occurred at Auschwitz, she was familiar with the name. She was not familiar, however, with the stench that crept up her nostrils as she stepped off the train into the camp entrance.

“You get that stink in your face; you don’t know what it is,” Cernyak-Spatz said. “I mean, what would you know?”

The smell she detected was that of burning bodies, which were cast into two smoke flumes over the death camp.

“This was one of the most vicious things: dehumanization,” Cernyak-Spatz said. “It was all calculated.”

But Spats said focusing on the injustices were more distracting for her. Accepting her reality was a crucial part of Cernyak-Spatz’ survival.

“You had to accept this nightmare as the world you live in,” Cernyak-Spatz said. “You have to exist from one minute to the next. Call it stupid, call it stubborn; I was going (to survive) if I could. I would do whatever it took to survive.”

After liberation from Auschwitz, Cernyak-Spatz took to education, and went on to receive her doctorate degree. Cernyak-Spatz is a professor emeritus at University of North Carolina at Charlotte in the Department of Languages and Culture Studies, where she taught classes in Holocaust studies.

To Cernyak-Spatz, teaching and learning about tragedies such as the Holocaust is vital to prevent similar events from happening in the future.

“If you forget the past, you are condemned to repeat it,” Spats said.

This sentiment was echoed by Halley Roth, president of the Peace and Genocide Education Club. Roth said that with recent hate-related events on campus, she hopes that attendees learned that anti-Semitic acts did not end with the Holocaust.

With acts such as the anonymously spray-painted Nazi flag in the university’s expression tunnel on Sept. 30, Roth said they should be reported to campus police or to a trusted person who can report it. In addition, Roth said that people should check in with their friends and do what they can to make people feel safe.

Roth said those who were not able to attend Cernyak-Spatz’ talk should take the initiative to learn, make a change and spread awareness.