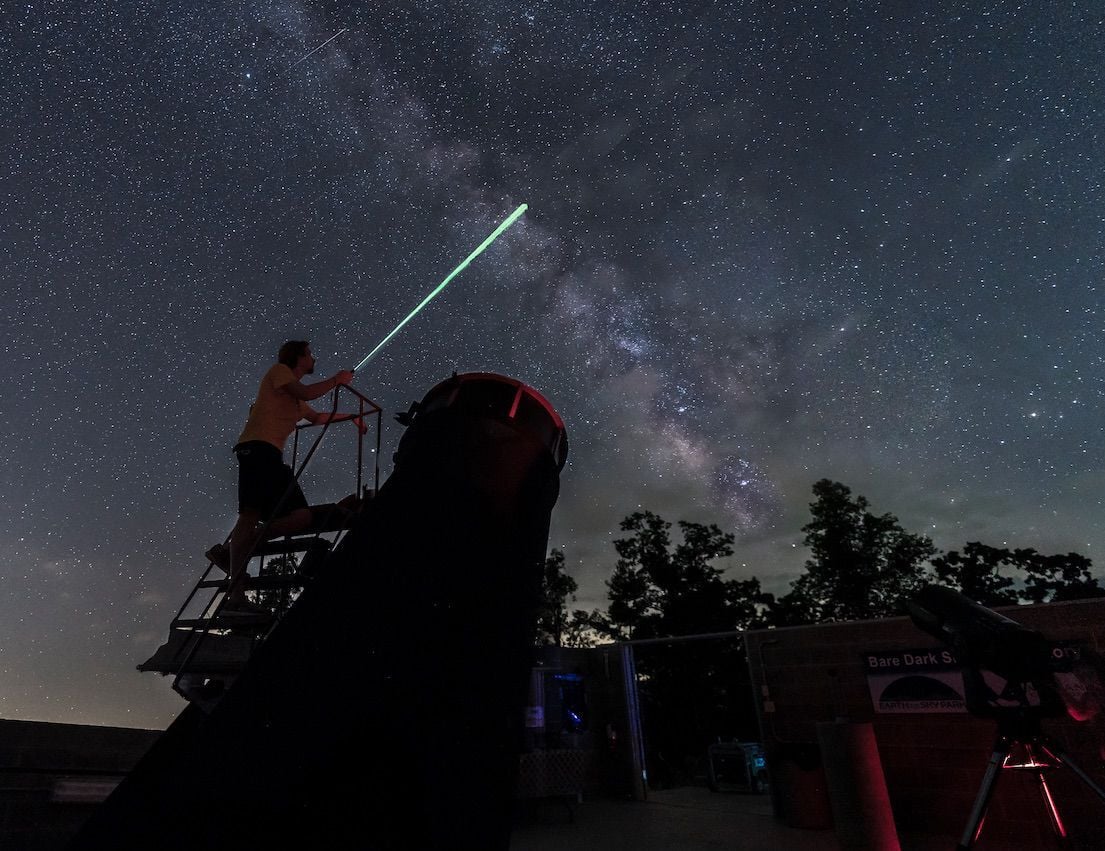 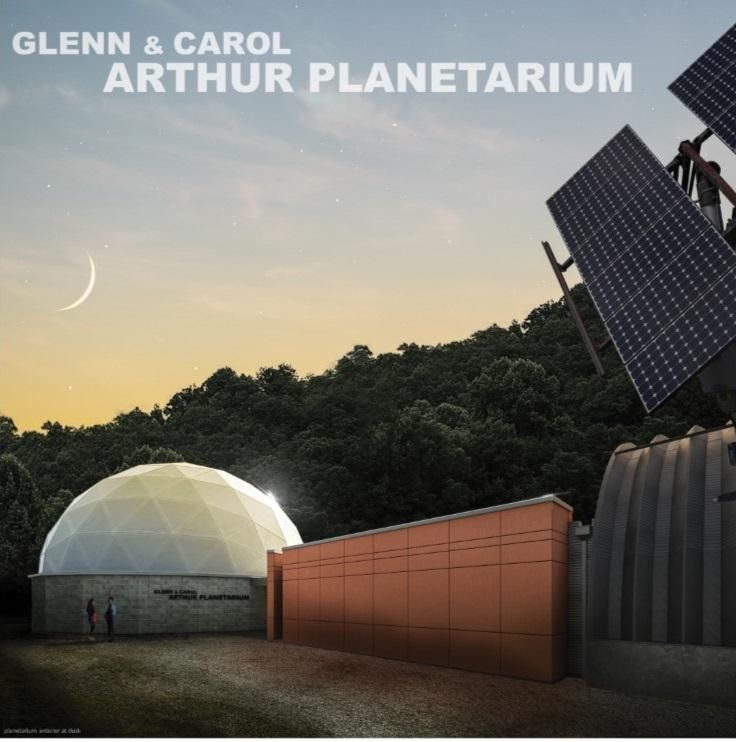 A rendering of the Glenn and Carol Arthur Planetarium currently under construction at the Mayland Community College Earth to Sky Park. 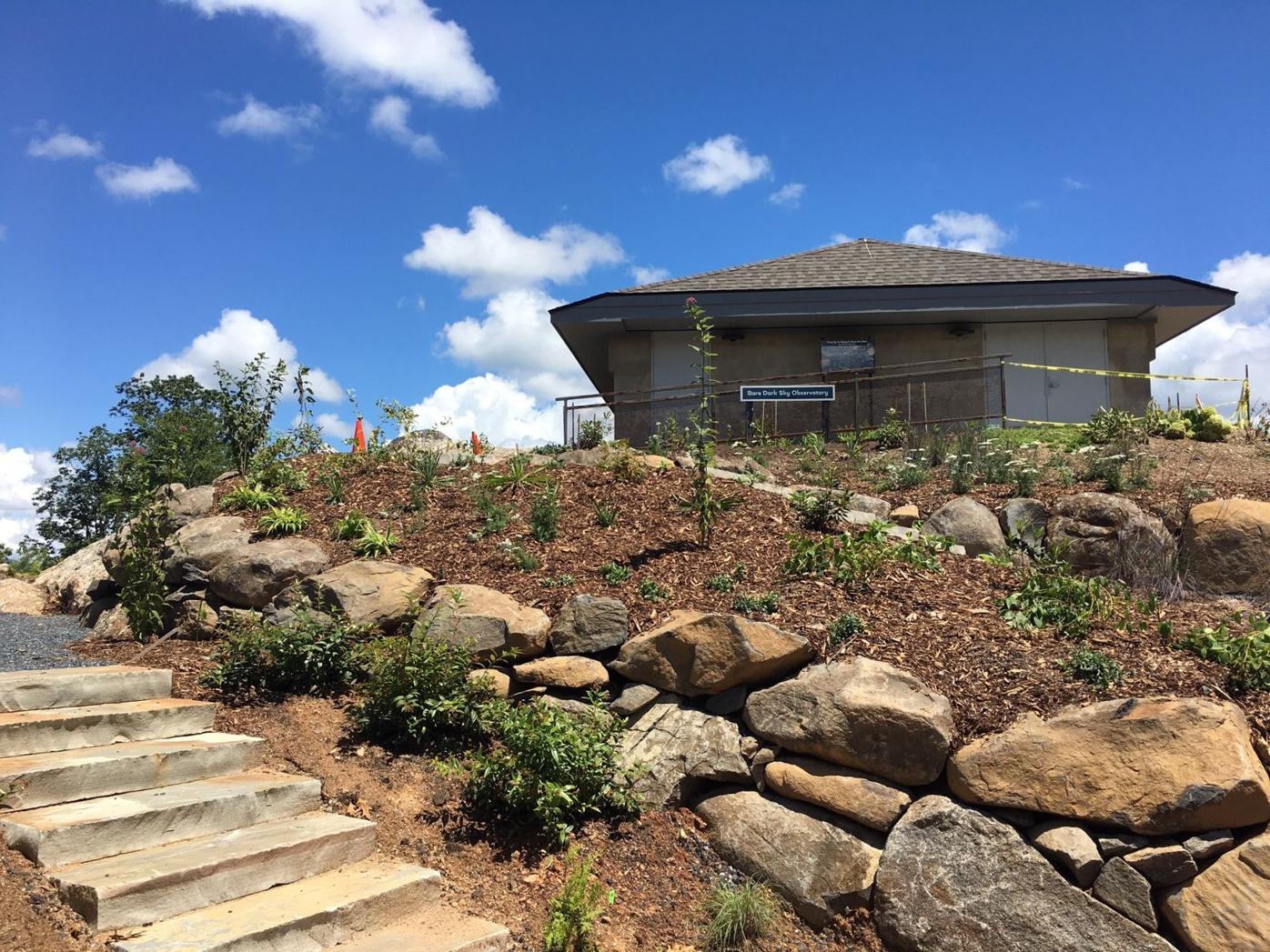 The parking lot at the Earth to Sky Park has already been paved, and landscaping around the observatory is under way to allow space for star gazers to bring their telescopes to examine the skies.

A rendering of the Glenn and Carol Arthur Planetarium currently under construction at the Mayland Community College Earth to Sky Park.

The parking lot at the Earth to Sky Park has already been paved, and landscaping around the observatory is under way to allow space for star gazers to bring their telescopes to examine the skies.

SPRUCE PINE — Mayland Community College is helping stargazers get closer to the heavens with its expansion of its Earth to Sky Park, which includes the Bare Dark Sky Observatory and the future home of the Glen and Carol Arthur Planetarium.

The Earth to Sky Park is undergoing a major construction project that, in addition to the planetarium, will add the Paul and Susan O’Connell Conference Center, a aquaponics and hydroponics facility, visitors center, micropropagation lab and garden trails. The expansive project, which is expected to be finished in mid-March, will be an important source of revenue for the college as well as for the local tourism industry.

“When people come into the area for a private viewing or a public event, we suggest where they should stay, what restaurants they should visit, what the great places to shop are, to contact the chamber of commerce. It’s making this a destination point for people’s vacations,” Observatory Director Steve Brunton said.

Brunton noted that the Earth to Sky Park will be the only place in the country that features a dark sky observatory and a planetarium once the upgrades are completed. While the “state of the art” planetarium is sure to turn heads next spring, the observatory’s 34-inch diameter telescope remains as the park’s main attraction.

Star gazers, many of whom venture from New Jersey, New York, Baltimore, Atlanta and other locations, travel far and wide to witness the sky in a way that is unavailable in brightly lit urban areas. Once the observatory’s retractable roof is rolled away, Brunton and Jeremy Bare point the telescope to the seemingly endless number astronomical bodies for visitors to view through the lens of the telescope, which appear in a never-before-seen clarity for many viewers.

As expected, the weather and the time of the year factor into what one will see at the observatory, but recently Jupiter and Saturn were in view on clear nights. In October, star gazers will be able to see a full moon on Oct. 1, the draconids meteors on Oct. 7, a brightly shining Mars on the Oct. 13, and a blue moon as well as Uranus at opposition on Halloween evening, Oct. 31.

“We never get bored. It seems like you could go up back-to-back nights and have a different feel for the night and a different sky based on more meteors going overhead, more satellites coming by,” Brunton said. “The guests that come up there, even though we’re teaching for two hours and bribing them with chocolate, they actually help make the experience for us, as they kinda get blown away by the canvas of stars overhead or being able to see Jupiter for the first time.”

During the pandemic, the park has been hosting small groups for private viewing nights. Guests have to reserve their tickets in advance. However, tickets are currently few and far between, since the observatory is booked full until November. During normal operating times, the observatory has community nights, as well as an astronomy club to help peak the public’s interest in the natural sciences.

“Being able to zero in on three or four craters on the moon with the telescope still excites me to no end. I have to go back up the ladder and look again. There’s a lot of people who are older than I, and they’ve lived in New York their whole life and it’s the first time they’ve seen Saturn,” Brunton explained. “It’s one of those things you check off your bucket list.”