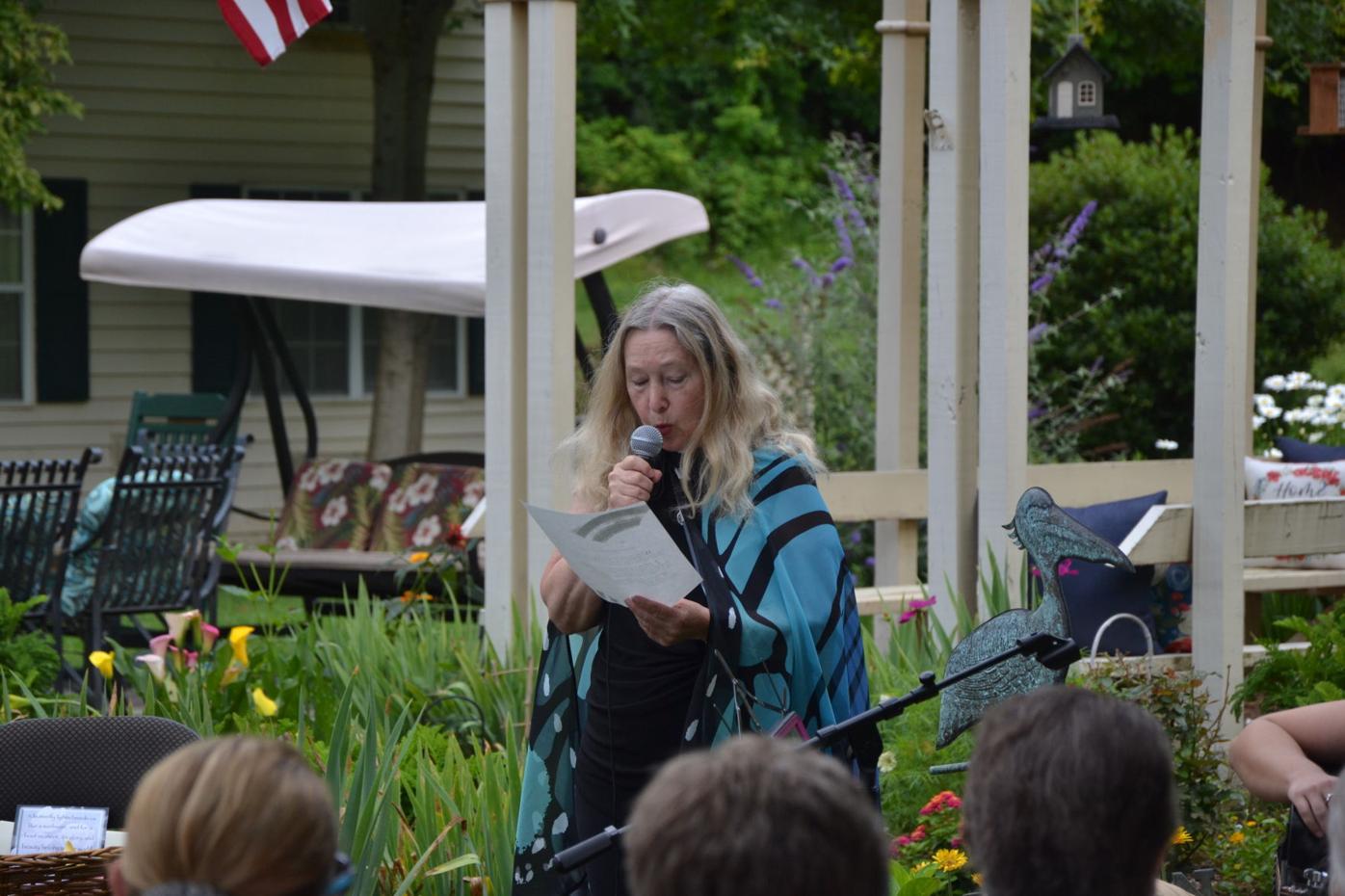 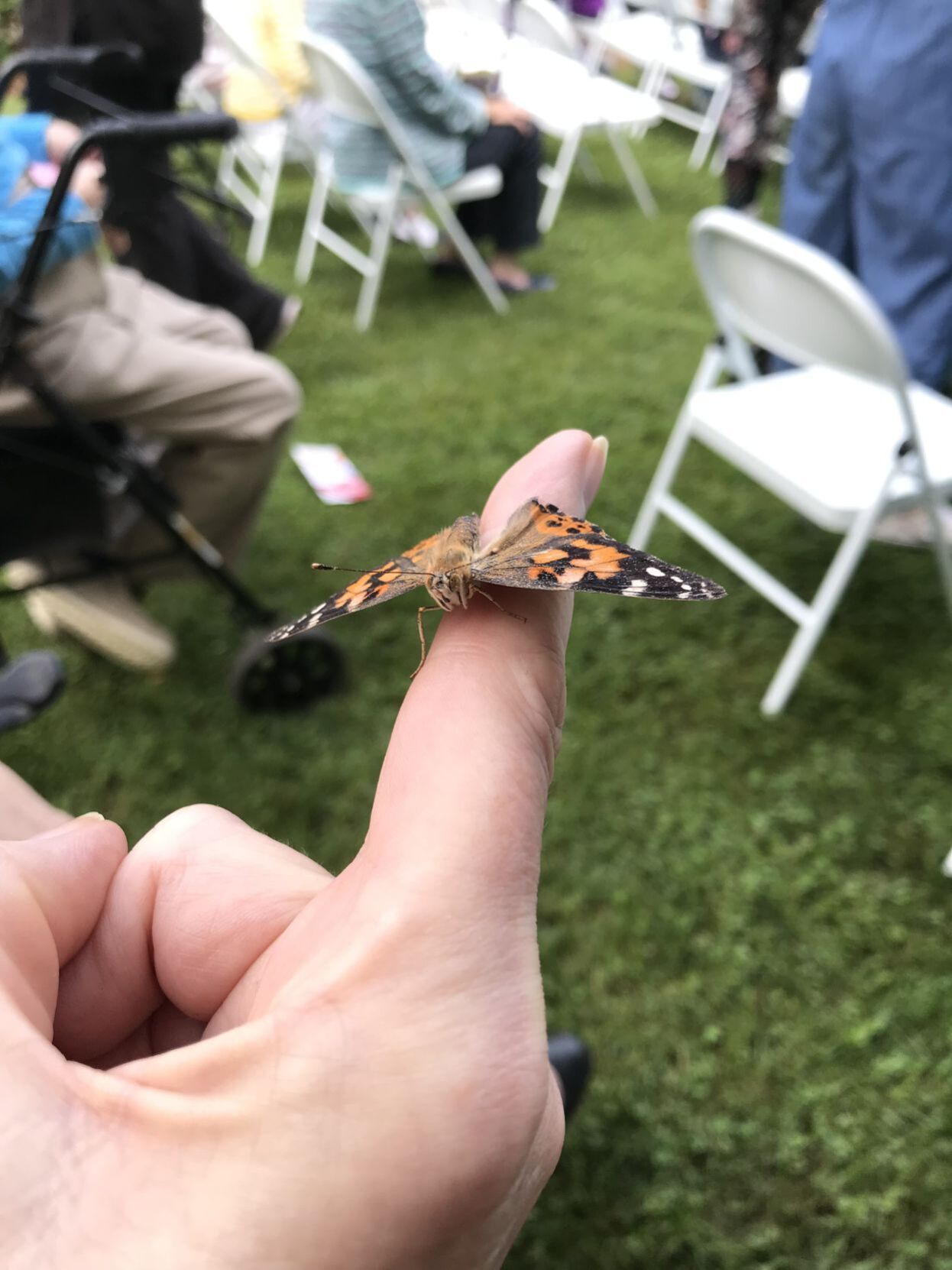 A butterfly rests on Cathy Penson’s finger at the 2021 butterfly release ceremony on July 15. 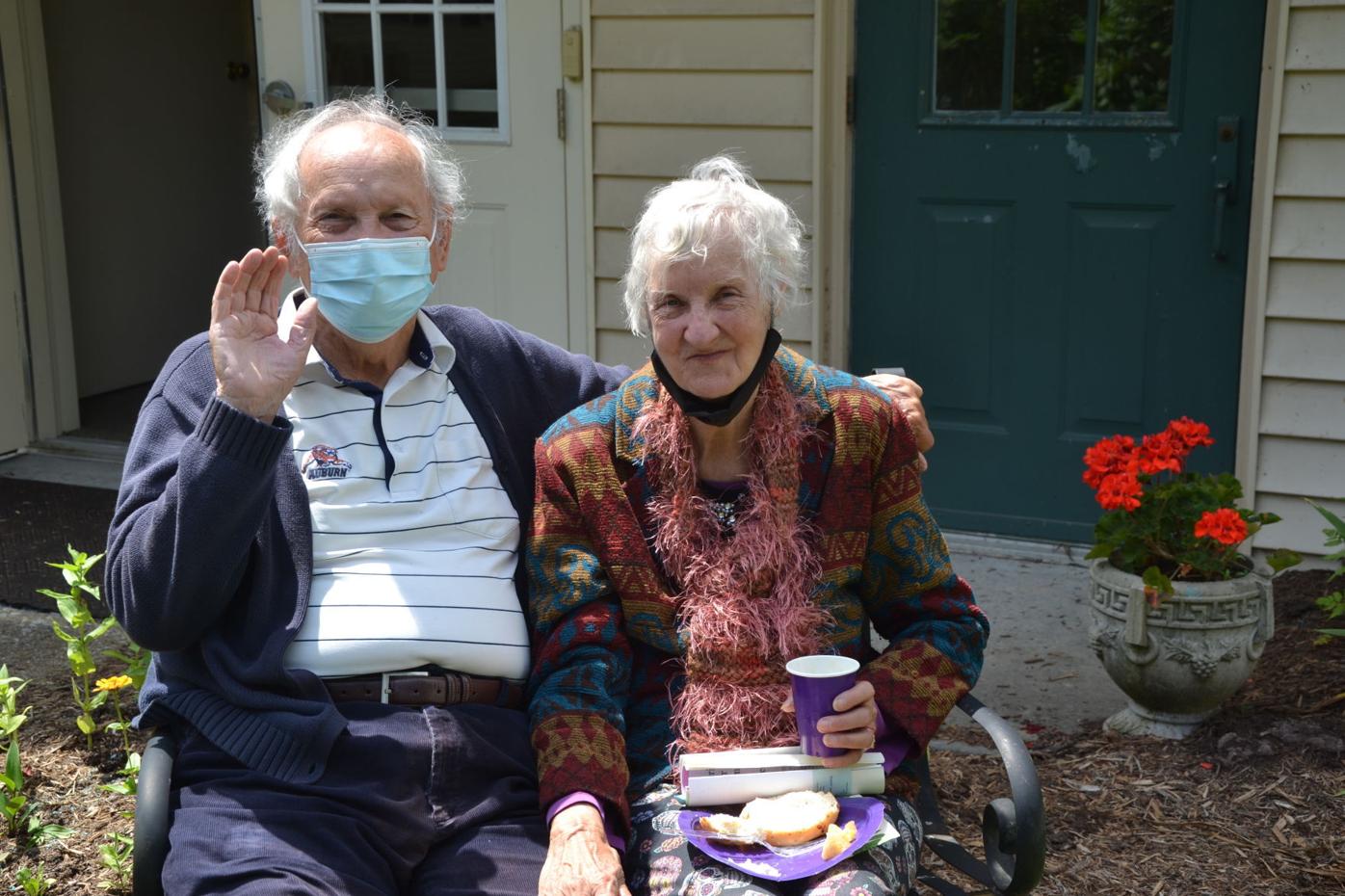 Helga Wilson and Ernesto Winstead enjoy refreshments in the garden of Appalachian Brian Estates during a butterfly release ceremony on July 15.

A butterfly rests on Cathy Penson’s finger at the 2021 butterfly release ceremony on July 15.

Helga Wilson and Ernesto Winstead enjoy refreshments in the garden of Appalachian Brian Estates during a butterfly release ceremony on July 15.

As the pandemic winds down, residents in at Appalachian Brian Estates took a moment to process the grief associated with more than a year of social isolation and loss due to COVID-19.

Butterflies are symbolic in the hospice care community, Hensley said. Each year, the staff at Appalachian Brian Estates in partnership with Medi Home Health & Hospice of Boone, hold a ceremony for residents to honor their loved ones by releasing a butterfly into the air.

Together, Medi Home Health & Hospice and Appalachian Brian Estates made a decision not to use the names of those lost this year during the ceremony

The residents, seated in white folding chairs, listened as staff at this year’s ceremony gave remarks on the resilience of ABE’s residents. Though there were no COVID-19 related deaths at the facility, 18 residents passed away in that last two years, Danielle Shook said.

Shook is the account executive at Medi Home Health.

Staff at Appalachian Brian Estates and Medi Home Health and Hospice worked to help patients cope with loss adjust to the new period of social isolation as best they could, she said. A lot of residents were struggling with not being able to see family members.

First, a poem from a resident at Appalachian Brian Estates, who said for all the loss the last year brought her it brought a whole lot of joy.

Nancy Dennett followed up by reciting a poem titled “Release Me When I’m Gone.” She wore a blue shawl, designed to resemble a Blue-monarch butterfly, and it billowed behind her. Phillips is the Activities director at Appalachian Brian Estates. She

“Thank goodness they (the residents) had each other,” she said.

Residents stood to release the butterflies after a benediction from Chaplain Gerald Thomas. Cathy Pinson’s butterfly was stubborn, refusing to fly away for a moment, resting instead on her finger. It reminded her of her late husband, David she said. Pinson has been a resident at Appalachian Brian Estates for four years.

She misses being able to eat communal meals with her fellow residents, something which ended when the pandemic began.

“As a resident, I think, you grieve your independence to some degree, not being able to get out and do activities or being confined to your room,”

Josh Sturgill, a social worker who specializes in grief support at Medi Home, said. In this way, grief can spur from a sense of loneliness. Sturgill delivered a message on grief, Friday afternoon.

Grief looks different inside an independent living facility, especially during a global health crisis, he said.

Sturgill added that for many, the pandemic has been challenging time to grieve. Outside the facility, families who cannot visit loved ones or gather with one another to mourn lost loved ones are experience what Sturgill calls anticipatory grief.

Music therapist Sarah Sohlberg sang “Precious Memories,” after which residents helped themselves to a breakfast spread of bagels and fresh fruit. They ate on the lawn, among the bushes and flowers planted by Bette Kosatko, a resident at Appalchian Brian Estates. Kotsatko took it upon herself to transform the garden space at the height of COVID-19. Now, she uses a plant identification app on her phone to show people exactly what she planted.

Kosatko said she favors the cannon lilies because of how bright and cheerful they are.

In the corner of the garden Helga Wilson and Ernesto Winstead shared an embrace on a bench. The pair grew close during the pandemic and admitted to spending a lot of time outside, observing one tree in particular. They call it the “devil tree” because of its two branches that stick out above the rest, like horns.

It helps to pass the time, Wilson said. She also spends a lot of time sewing and knitting

Sisters, Suzzette Beauchamp and Debbie Church attended the butterfly ceremony to honor their late mother. When their mother was sick, COVID-19 protocol only permitted one visitor at a time. Only Beauchamp was able to be with her mother before her passing. It was tough on the family, they all agreed.

“Releasing the butterflies gave us a sense of peace,” Beauchamp said.

Shook said she hopes to bring the butterfly ceremony to the other facilities in Medi Home Health’s network. Medi Home has been serving Avery, Ashe and Watauga counties for more than 30 years.