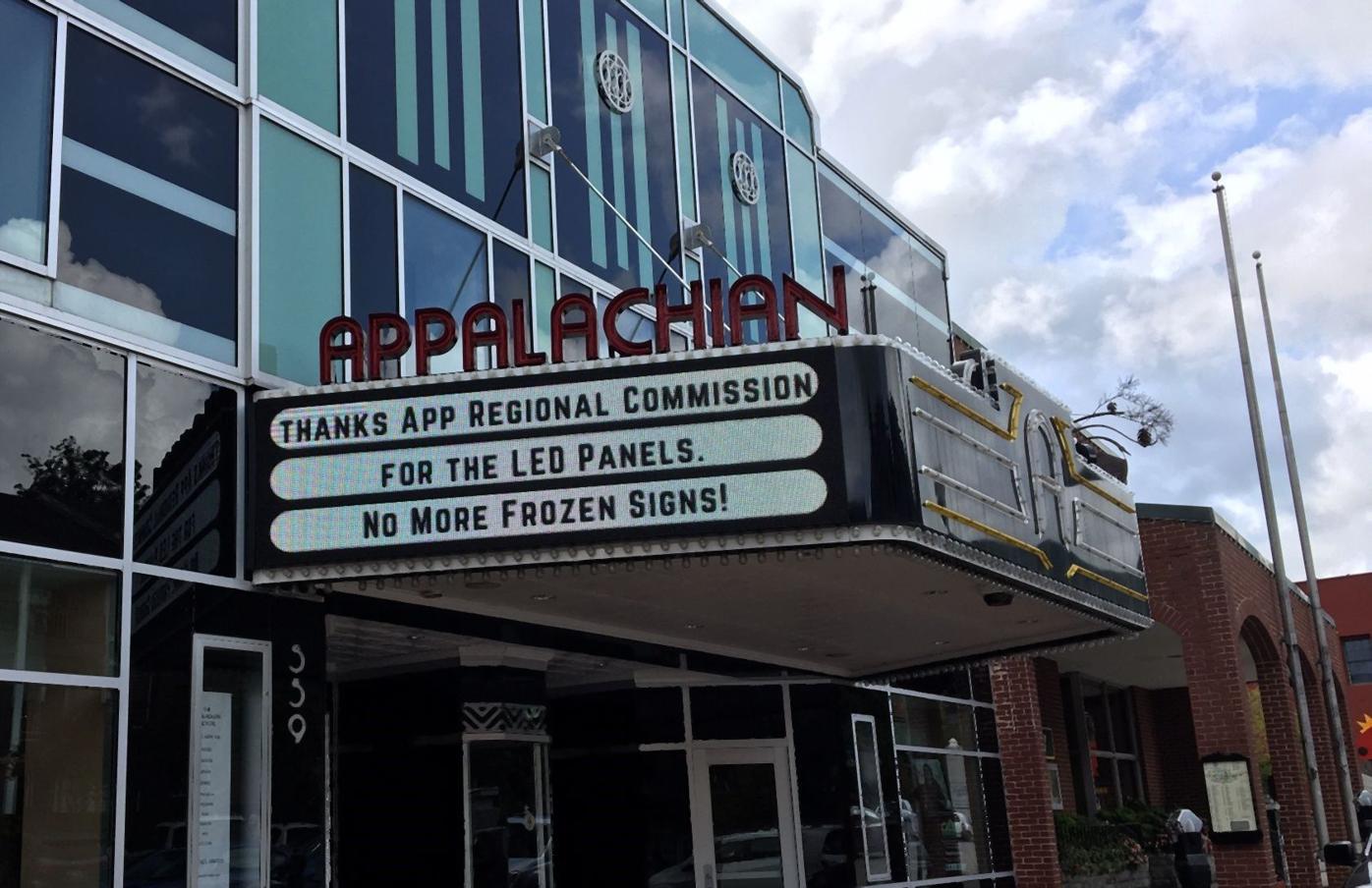 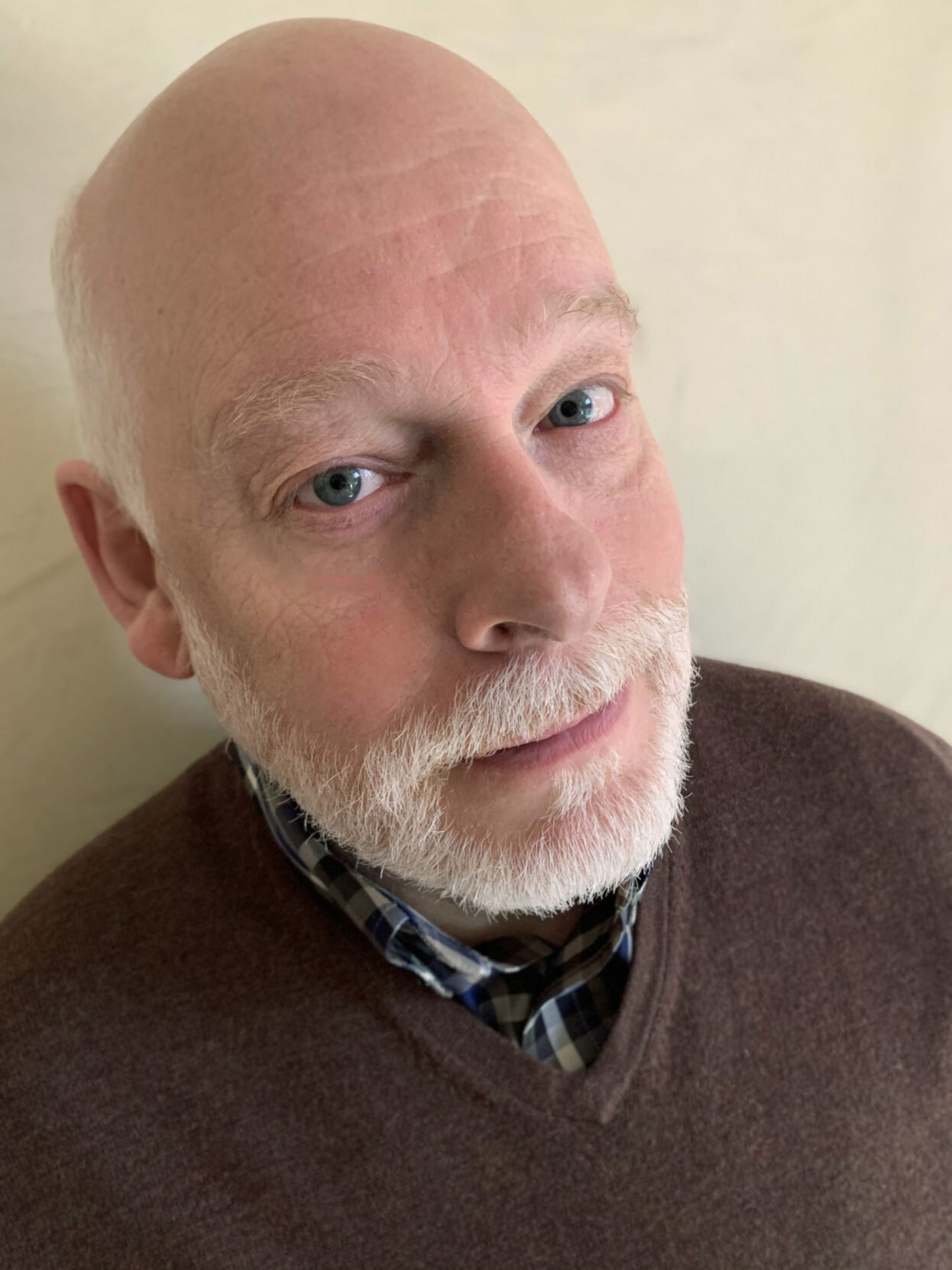 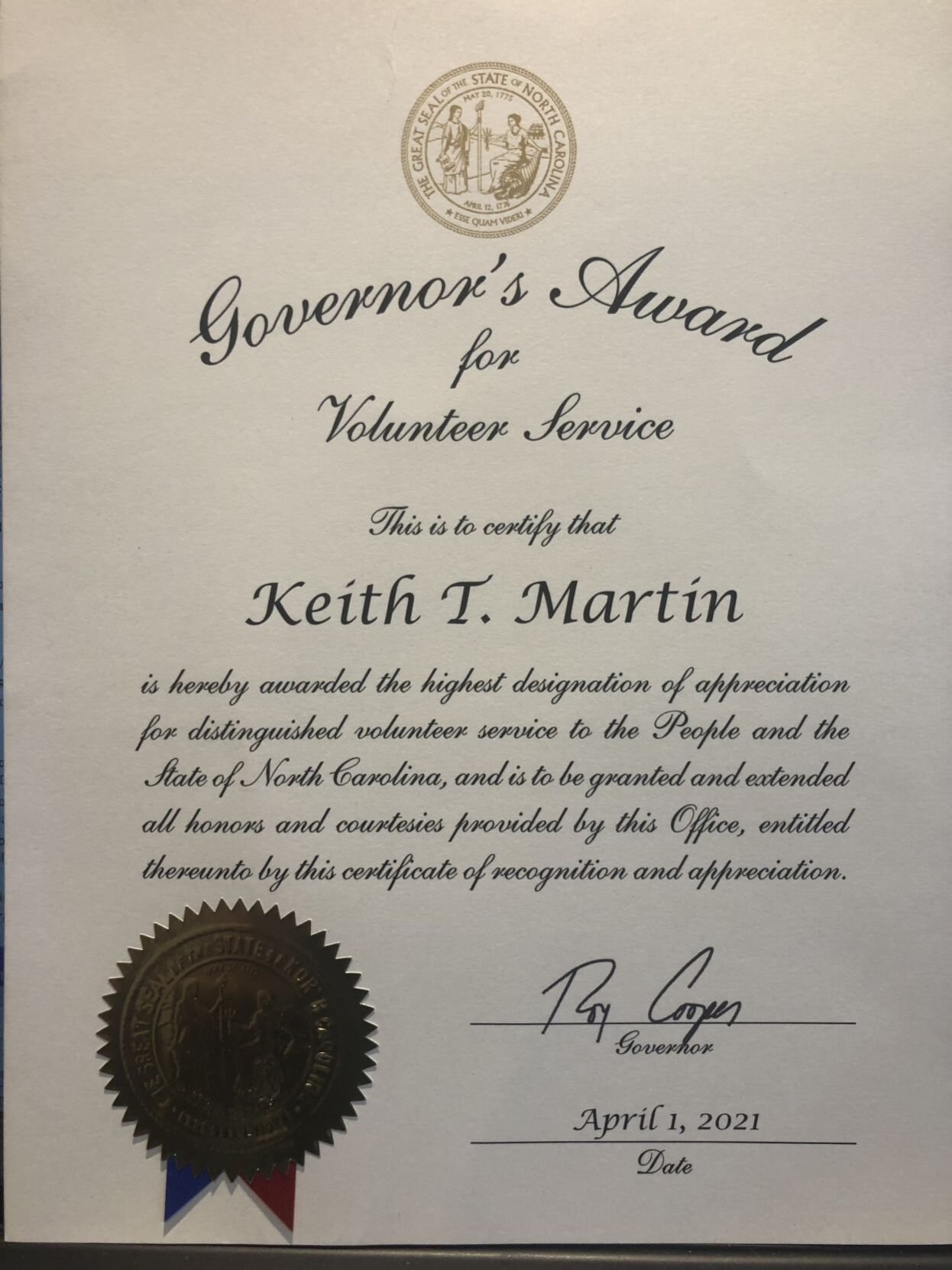 The honor was announced on May 26 during the annual meeting of the Appalachian Theatre of the High Country and awarded to Martin by John Cooper, immediate past chair of the board of trustees.

The Governor’s Volunteer Service Award honors the true spirit of volunteerism by recognizing individuals who make a significant contribution to their community through volunteer service. Since 1979, the award has been bestowed on North Carolina’s most dedicated volunteers, those who have shown concern and compassion for their neighbors by volunteering in their local community. Martin is the lone recipient from Watauga or Avery Counties.

In addition to his work with the Appalachian Theatre, he has contributed time and effort in support of Holy Cross Episcopal Church, Hunger and Health Coalition, In/Visible Theatre, Valle Country Fair and the Valle Crucis Conference Center, among many other organizations on the regional, state, national and international levels.

Martin is a distinguished professor of theatre at Appalachian State University. While recognized primarily for “remarkable devotion to restoring and preserving North Carolina’s history, culture, and the arts,” Martin’s civic contributions were also noted in four other service areas: extraordinary commitment to mentoring and educating youth, significant devotion to assisting older adults, noteworthy dedication to assisting marginalized populations, and significant devotedness to those in need.

Cooper said that it was his privilege to serve as the primary nominator for the award.

“Last year, Keith succeeded me as chair of the Appalachian Theatre and, from firsthand observation for over a decade, I can cite his dedication, ingenuity, and unique ability to guide our organization from its grassroots beginnings to becoming a fully-functioning non-profit agency, successfully reopening our region’s lone historic theatre, thus enhancing the lives of students, the university community and local residents alike,” Cooper said.

“Keith has demonstrated superb leadership in organizing and guiding our organization,” Cooper said. “He became the guiding force behind our sustained effort to restore this venerable theatre, chairing the initial committees to create a mission statement, engaging students in his arts administration course in the writing of our positioning statement, by-laws, articles of incorporations and numerous media articles. Keith now, very capably, serves as chair of the board of trustees. No one has had a larger impact nor given more of their personal time to make our project a success than Keith Martin.”

“His creativity and drive have introduced new ways of looking at fundraising, innovative approaches to capacity-building and ever-widening circles of community connections,” Love said. “Keith is what could be termed in Malcolm Gladwell’s popular social-economic study The Tipping Point, a ‘Connector’ –someone with an extraordinary knack of making friends and acquaintances, so expert in cultivating connections that they are the reason the rest of us are connected, too.”

In their nomination support letter, Karen Sabo and Derek Davidson, co-founders of In/Visible Theatre, said that Martin’s impact on the region is undeniable.

“The wonderful and long-lasting side effect of Keith’s work is that the arts have gained a much more solid foothold in the region,” Sabo and Davidson said about Martin. “In fact, since our arrival here in 2010, we have observed a perceptible change in the area’s culture: quality theatrical fare, while long a solid presence in Boone has become an indelible component of what people – locals, students, and tourists – are coming to expect here. Keith’s contributions to this artistic evolution cannot be overstated.”

Elizabeth Young, Executive Director of the Hunger and Health Coalition was another co-nominator.

“From the very beginning, Keith was a champion for our mission,” Young said. “He helped us to network and to make connections on a larger scale than we had previously be able to on our own. The ways that Keith has woven together the assets at his disposal to better serve those most in need in our community is something unique to our agency. Keith is an advocate for so many non-profits within our area, always reaching out to ask for a helping hand to lift up those who need it most. His unsinkable spirit and consistent advocacy on behalf of our clients and their families has proven invaluable to our continued success in providing basic need items to our local community.”

In accepting the award, Martin quoted lines from two plays by Shakespeare when he said, “Joy’s soul lies in the doing,” in explaining the satisfaction he derives from his volunteer activities, and that “strong reasons make strong actions” as the reason he dedicates his service to many worthy civic organizations.

“I receive far more than I give, and applaud the efforts of thousands of local volunteers who make the High Country an ideal place to live, work, and create a vital and caring community,” Martin said.