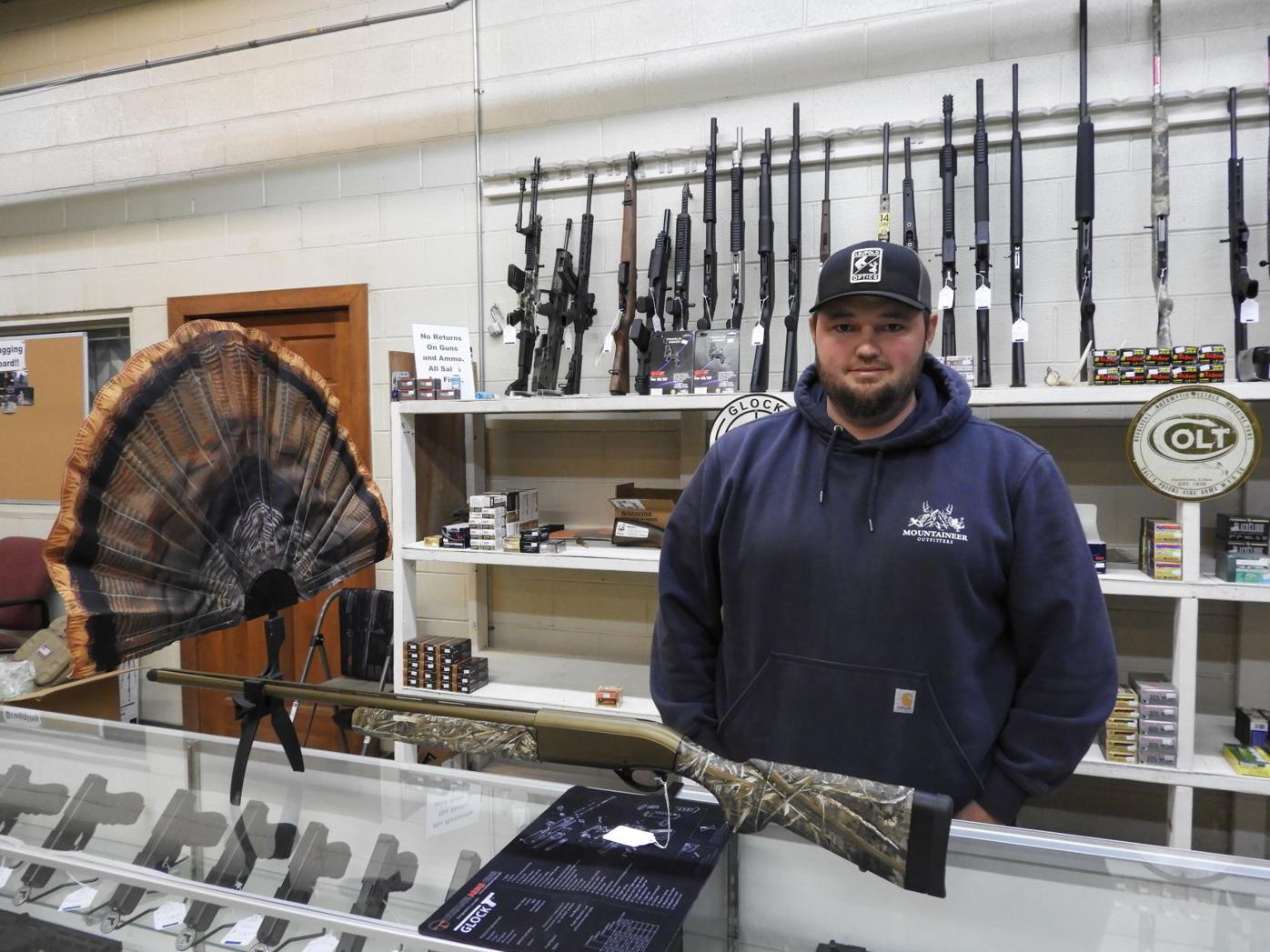 Shane Poore (pictured above) is one of the several Appalachian Holler Hunters who will be hosting the inaugural youth turkey hunt competition from 9 a.m. to 3 p.m. on Saturday, April 3, at Mountaineer Outfitters on 65 Hanes Road in Newland. 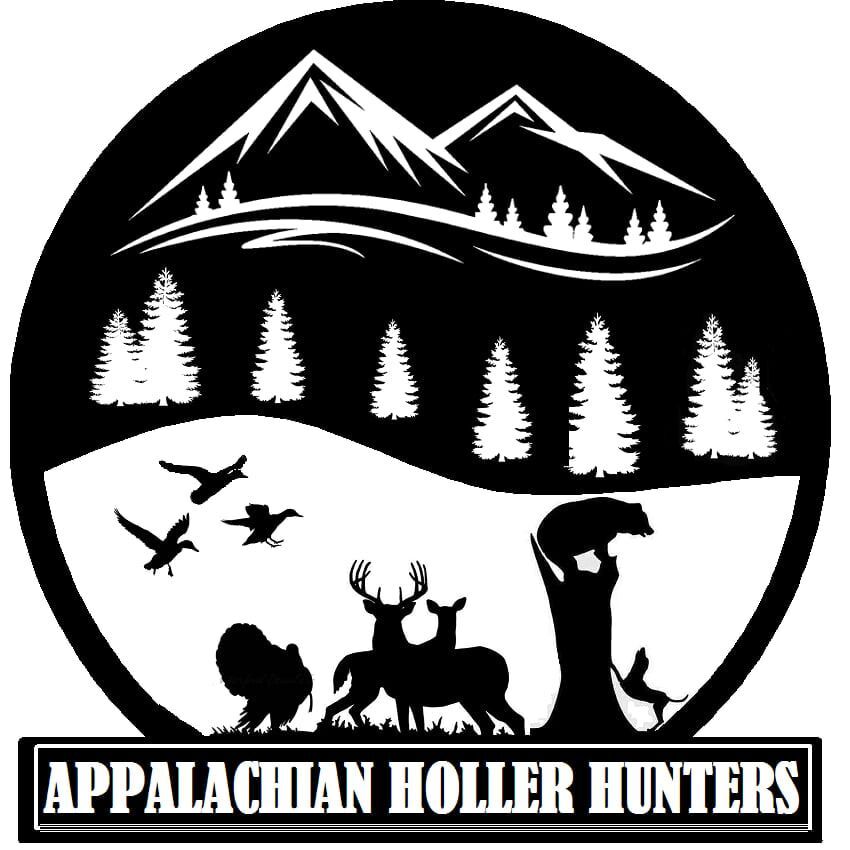 Shane Poore (pictured above) is one of the several Appalachian Holler Hunters who will be hosting the inaugural youth turkey hunt competition from 9 a.m. to 3 p.m. on Saturday, April 3, at Mountaineer Outfitters on 65 Hanes Road in Newland.

NEWLAND — The popular local YouTube hunting series Appalachian Holler Hunters has helped revive a renewed interest in hunting throughout the community, which is culminating in the group’s first youth turkey hunting competition on Saturday, April 3.

The event will be the AHH’s first competition of the sort, with prizes for first, second and third place, plus additional categories that competitors can compete in, such as biggest bird, longest spurs and longest beard contests. Competitors simply have to bring their own trophy-worthy turkeys by Mountaineer Outfitters at 65 Hanes Road between the hours of 9 a.m. and 3 p.m. on Saturday to have their turkey considered for competition.

Christian Gardner, co-founder of Avery’s own hunting series, says that the idea for the hunt came about to help curate an interest and passion in hunting among young people, similar to the one that others helped instill in him when we was growing up in the area.

“Since we started the AHH series on YouTube, one of our goals was to help get youth and other people involved in hunting. One of the biggest things to me when I was a kid, was there was always a fishing tournament over in Pineola at the Mountaineer Equipment pond. To me, as a child, that was the best thing ever. I think I won a pocket knife and a fishing pole once. It really got me excited about wanting to go fishing, and I said ‘You really don’t see much of that stuff around, specifically in Avery County, anymore.’ So I said ‘Why don’t we make that our goal?’” Gardner said.

The inaugural competition comes just in time for the opening of youth turkey hunting season, which lasts from April 3 to 9 just before the rest of the population gets in on the action from April 10 to May 8. According to the North Carolina Wildlife Resources Commission, hunters are limited to two turkeys for the season, only one of which may be taken during the youth season.

Gardner says that the competition is set up to give the kids as many chances to win as possible, and they are even adding a turkey calling competition to make this possibility a reality. Additionally, sponsors will be coming by to set up vendor tables, raffles will be held and barbecue will even be served on site.

“The biggest thing that we want to get out is that we are offering mentor times, specifically for kids who parent or guardian doesn’t have any kind of experience. Whatever the case may be, we’re offering mentor times so that kids can get involved and have somebody go with that child and their parent or guardian to take them somewhere on game lands and help get them a bird,” Gardner said.

Many in the community have likely already begun seeing wild turkeys strutting out into the warm spring weather. This is because the beginning of spring marks the start of mating season for wild turkeys. The turkeys will puff up and fan their feathers as they seek the attention of a hen to mate. Gobblers, or male turkeys, will even fight to gain the affection of a female.

“In a sense, what’s exciting about turkey hunting is that it’s reverse nature. The tom (or a mature male turkey) struts to try to attract the attention of a hen, but instead as a hunter, you call a turkey to get the attention of a gobbler, wanting to attract him to a hen,” Gardner said. “You’re trying to get a tom to come the opposite way.”

So far, the AHH series on YouTube features 12 episodes, and competitors on Saturday have a chance to be a part of the series’s 13th. The show recently released its first hunting episode to feature a turkey hunt, which was filmed about a year ago, and has previously featured hunts for whitetail deer, bucks and black bears.

In fact, involvement in hunting has increased substantially over the past year. Last spring, the NCWRC documented a record-high turkey harvest during the five-week hunting season, with the statewide harvest increasing by 28 percent and the youth harvest increasing by 110 percent compared to the average over the past three years. The commission stated that the increase is likely due to many North Carolinians spending time outdoors during the pandemic.

In order to register, click to appalachianhollerhunters.webs.com/nc-youth-turkey-competition. Participants must be 17 years of age or younger, and all birds must be harvested in NC in accordance with NCWRC game laws. The registration fee is $10, and participants can also register by visiting Mountaineer Outfitters or South Toe Fly Outfitters.

Any questions can be sent to Christian Gardner at hollerhunters@gmail.com or by calling or texting (828) 387-1332. Additionally, the series can be watched by clicking to youtube.com and searching for Appalachian Holler Hunters.