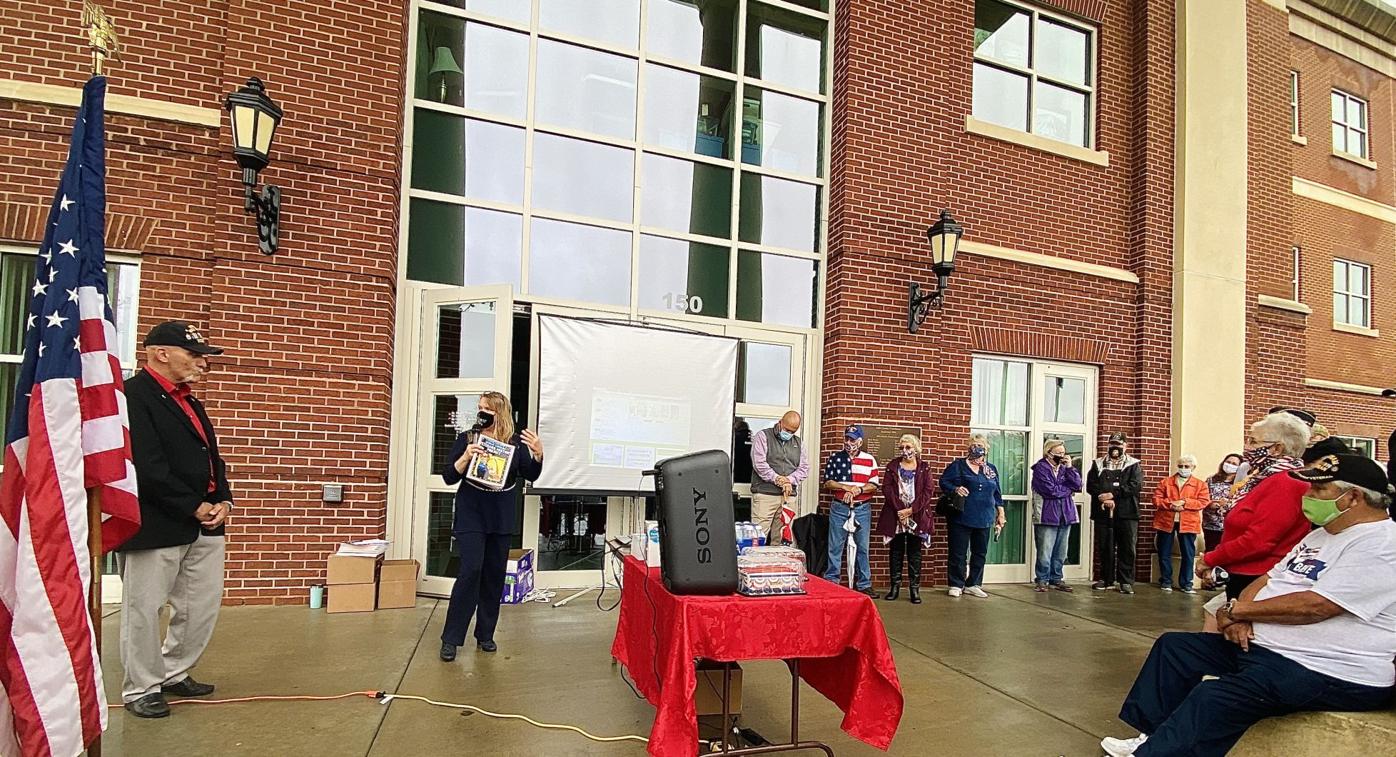 Veterans and members of the community gather at the entrance of Ashe County Courthouse for the annual Veteran’s Day ceremony on Nov. 11. 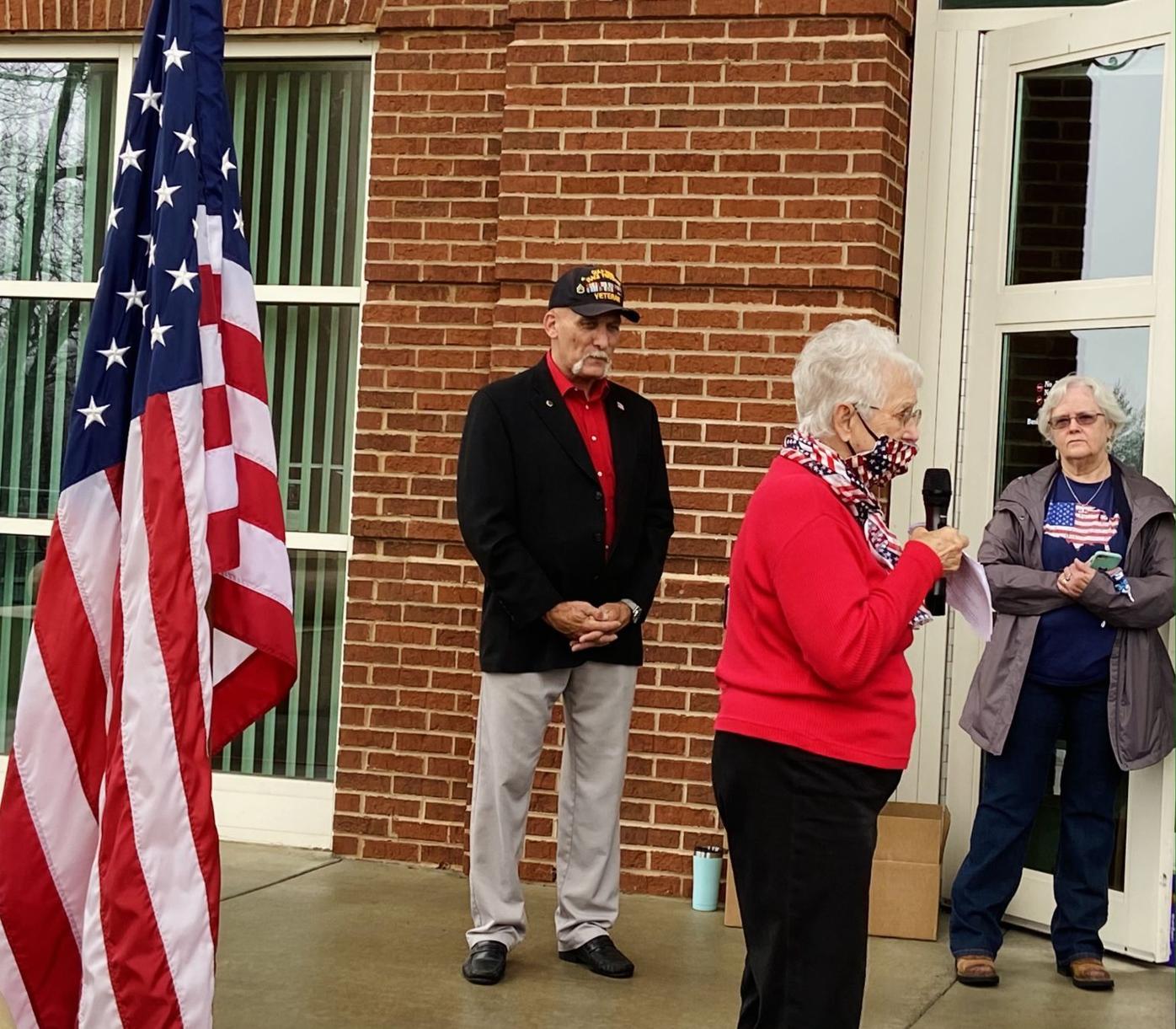 U.S. Congresswoman Virginia Foxx shares her gratitude for veterans at the event on the morning of Nov. 11. 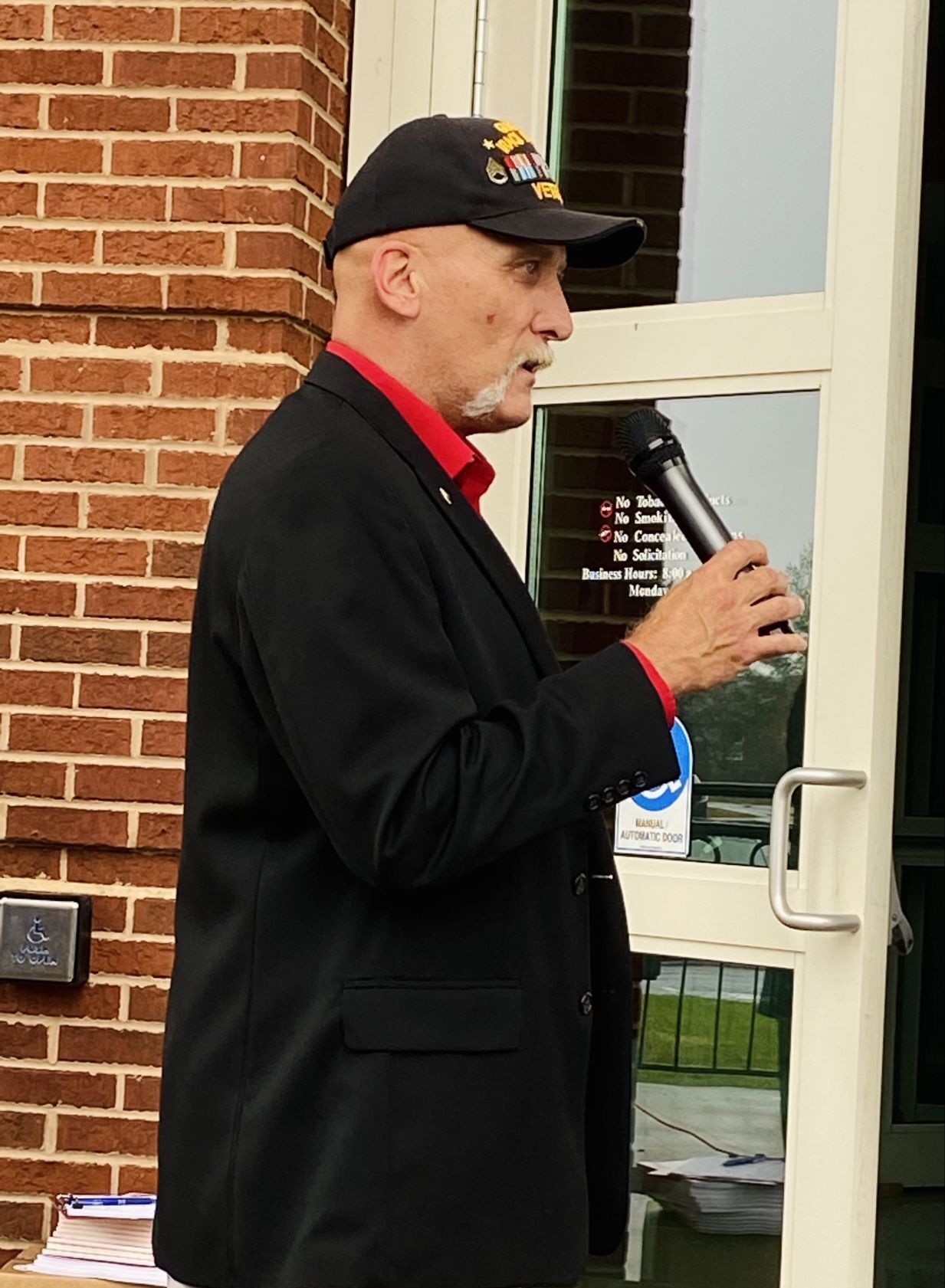 Veterans and members of the community gather at the entrance of Ashe County Courthouse for the annual Veteran’s Day ceremony on Nov. 11.

U.S. Congresswoman Virginia Foxx shares her gratitude for veterans at the event on the morning of Nov. 11.

JEFFERSON — Despite the rain on the morning of Nov. 11, veterans and their families, as well as community members, attended the county’s Veteran Day Ceremony at the entrance of Ashe County Courthouse.

U.S. Congresswoman Virginia Foxx was present and expressed her gratitude for veterans as well as those currently enlisted.

“I thank you for being willing to serve and I ask you to pray hard for our country right now, we’re in a tough time,” Foxx said. “And I believe our freedoms are being threatened, tremendously, right now. So we have to work very hard at the local, state and national level to do everything we can to preserve those freedoms and everybody can do something.”

Since 2018, the library’s Veterans History Project has been preserving the stories of their community’s service members. The project has led to the publication of two volumes of work, with a third volume recently released.

It has been a community effort composed of help from local veterans organizations, community members and the local high school JROTC has seen an overwhelming amount of success with no shortage of stories. ACPL staff has also contributed great effort into the project and the now available digital archive.

Further information about the project as well as a digital archive of the stories that have been collected is available at www.arlibrary.libguides.com/ashecountyvhp. The two previous volumes can also be accessed and all veteran profiles are available and are sorted by branches and campaigns.

This year’s project was partially funded through a mini-grant from the State Library of North Carolina with the purpose of making community connections highlighting the initiative of “She Changed the World.”

The new edition features Rosie the Riveter on the cover as a nod to civilian women’s efforts during World War II. This is in observance of the 100th anniversary of the ratification of the 19th amendment.

The magazine includes feature stories about female veterans and perspectives from wives, mothers, daughters, granddaughters and nieces in support of servicemen.

“As long as Americans have been at war, women have been a part of efforts to protect our country,” Moore said. “In earlier times, their primary roles were nursing, cooking and sewing, but as our country expanded so have the roles of women in the military.”

Those interested in being part of the project are invited to contact the library by phone at (336) 846-2041 or email Moore at smoore@arlibrary.org.

Copies of the Veterans History Project can be purchased for $20 at the Ashe County Public Library, Ashe County Veterans Service Office and the Museum of Ashe County History, with all proceeds going toward the publication of next year’s collection of stories.

All veterans who participate in the project and their family receive a complimentary copy of the magazine.

“I would just like to thank everybody for coming out on this day and again, thank you for all of the veterans,” Perry said.

As the wife of a veteran and the mother of a son in the service, the day holds a special place in her heart.

She encouraged everybody to always thank veterans and those currently enlisted for all that they do to serve the country.

At the end of the ceremony, Veterans Service Officer Darryl Vaughn addressed the crowd. Vaughn himself served 26 years in the United States National Guard and completed two tours overseas.

“Even though it is a little overcast, it is a wonderful day because it is Veteran’s Day,” Vaughn said. “We salute the ones who have served.”

He also reminded everybody that although somebody may not be wearing a hat or a shirt that recognizes a certain unit or branch, that does not mean they did not serve in the military.

“Be proud of what you’ve done, stand tall,” Vaughn said.

The event ended with a prayer and guests were then invited to help themselves to a piece of cake while a video saluting the veterans from Ashe County Schools was presented.

“Although the veterans could not go to the schools, the schools came to us,” Vaughn said.

The video can be accessed by visiting the ACS Facebook page @Ashe County Public Schools.