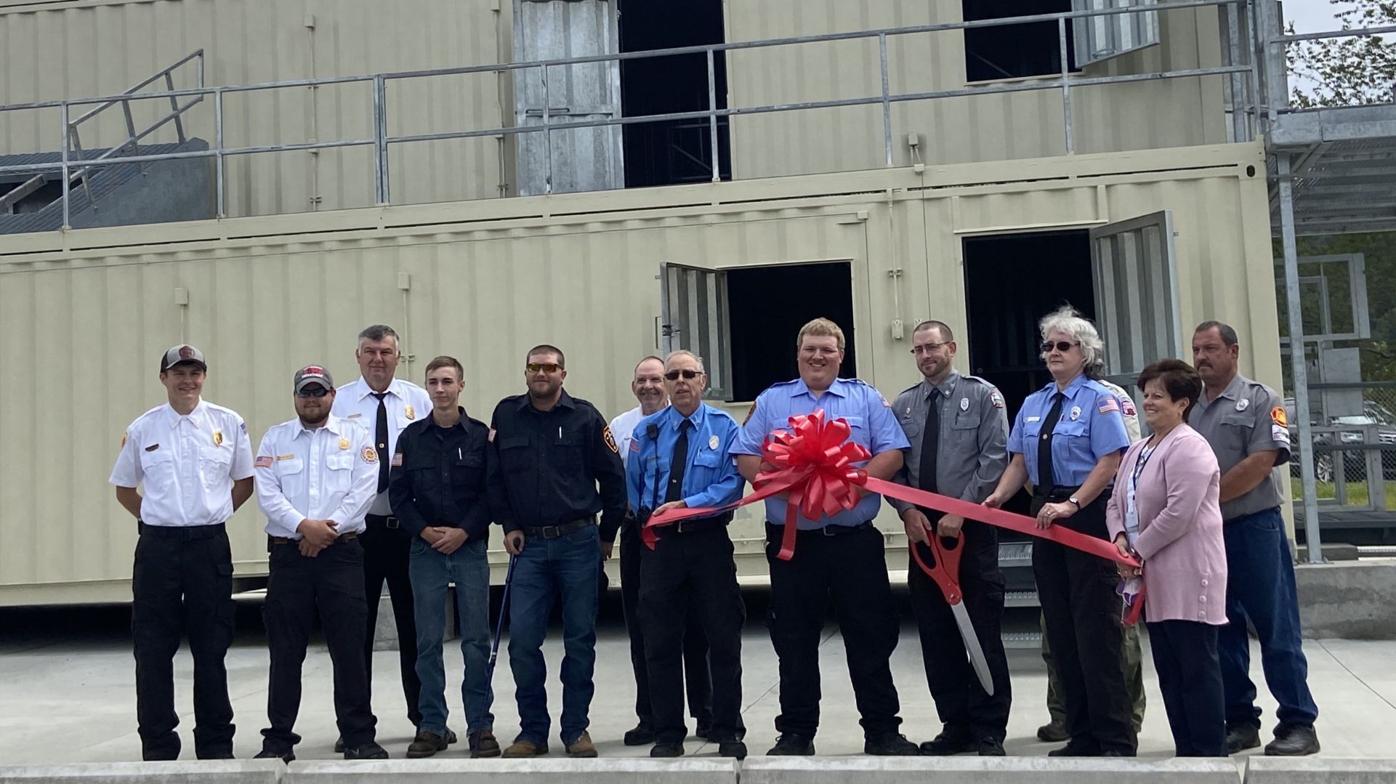 Members of the Ashe Fire & Rescue Association and Ashe County government pose for a photo at the ribbon cutting for the new fire training facility in West Jefferson on Sept. 23. 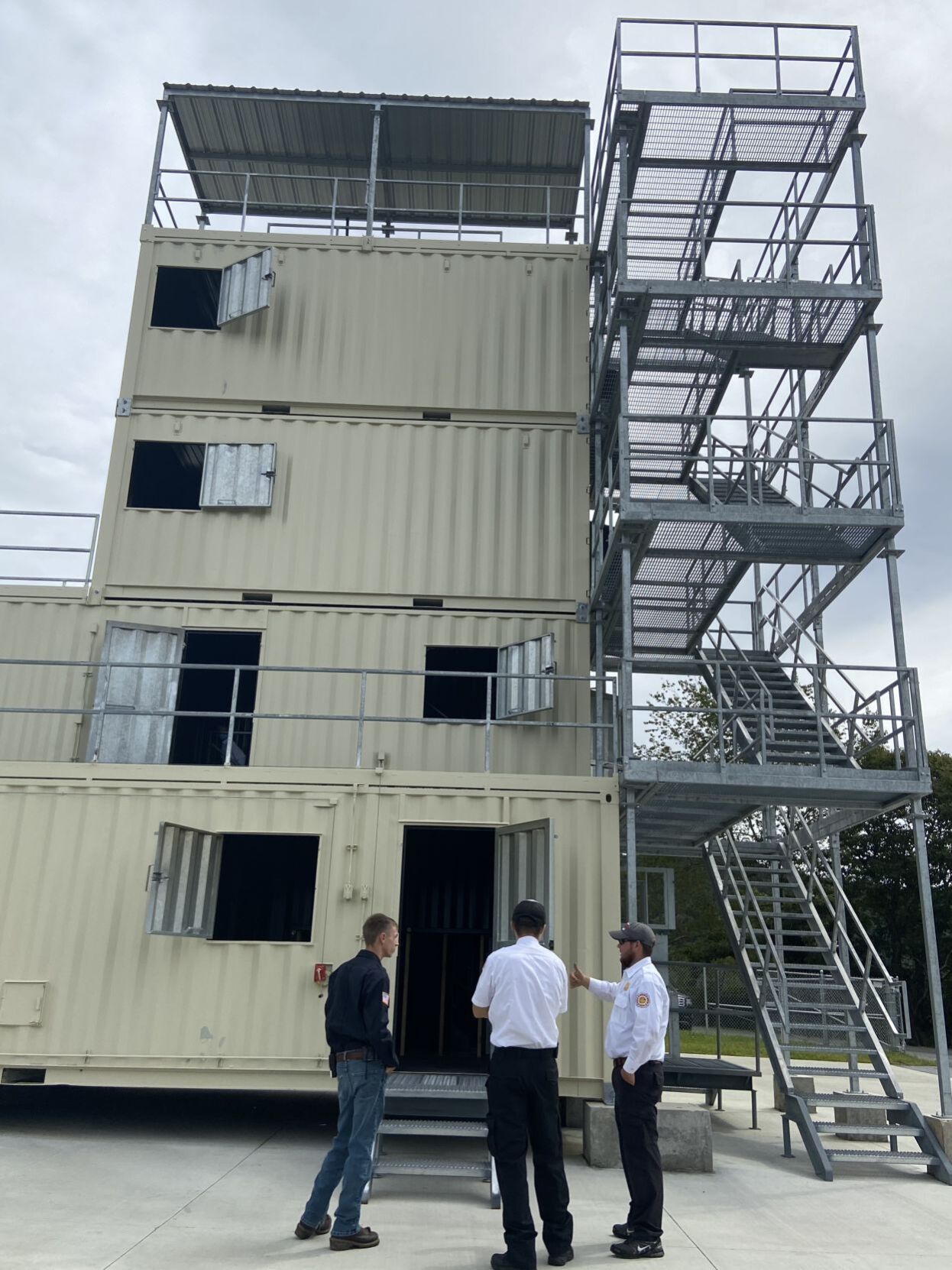 The impressive five-story fire training facility located at 147 Industrial Park Way in West Jefferson will be a site for trainees to complete live burns and train for a wide range of structure fire and rescue situations. 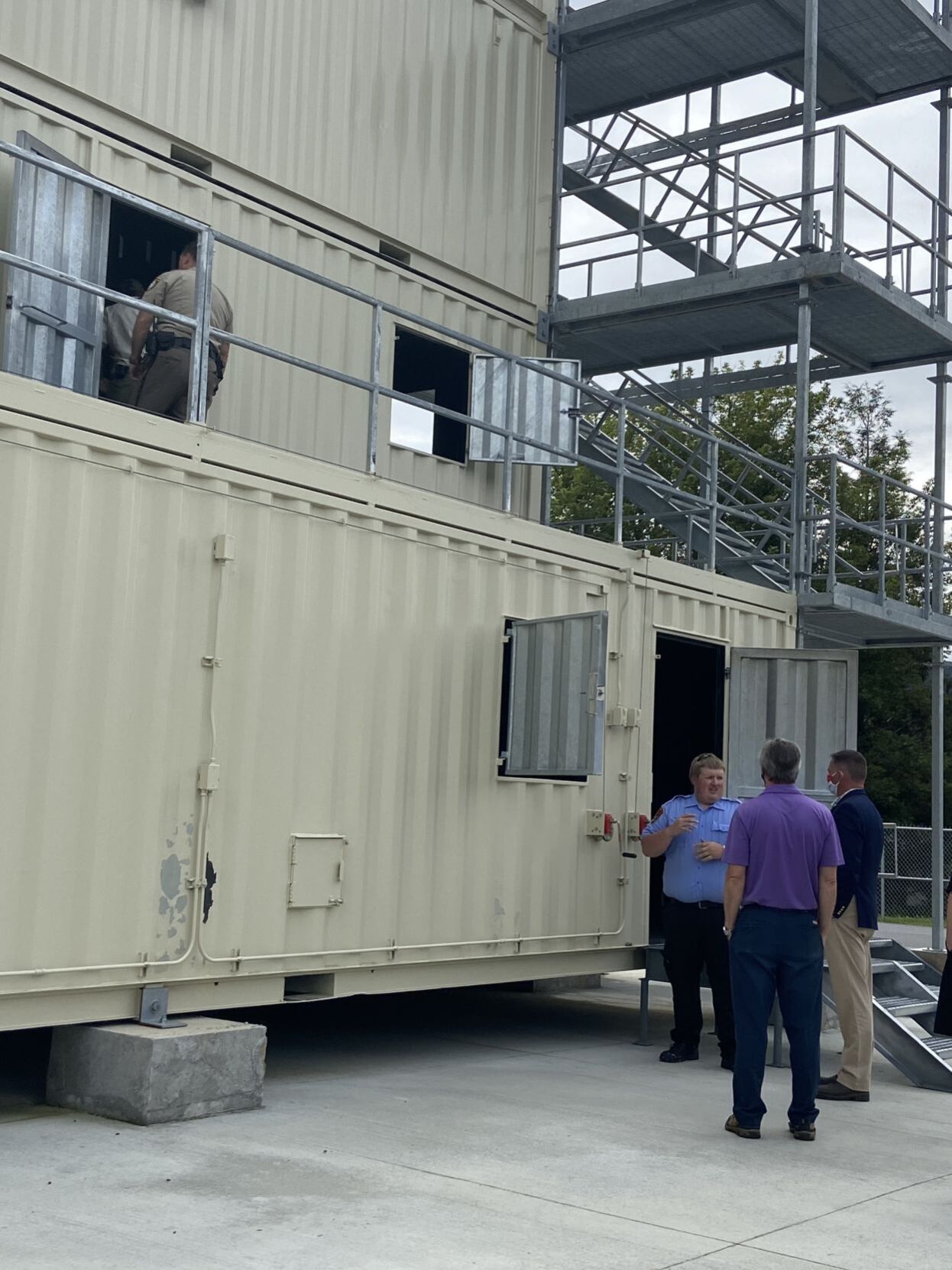 Rusty Zachary, who serves as the coordinator for Fire/Rescue/EMS for Ashe & Alleghany counties, explains some of the facility's features and capabilities during a tour.
1 of 3

Members of the Ashe Fire & Rescue Association and Ashe County government pose for a photo at the ribbon cutting for the new fire training facility in West Jefferson on Sept. 23.

The impressive five-story fire training facility located at 147 Industrial Park Way in West Jefferson will be a site for trainees to complete live burns and train for a wide range of structure fire and rescue situations.

Rusty Zachary, who serves as the coordinator for Fire/Rescue/EMS for Ashe & Alleghany counties, explains some of the facility's features and capabilities during a tour.

This story was updated on Oct. 7 to reflect additional information about the process of acquiring the new training facility.

WEST JEFFERSON — A special ribbon cutting ceremony was held on Sept. 23 at the new Ashe County Fire & Rescue Association training facility located at 147 Industrial Parkway in West Jefferson. The five-story facility was a community effort which will greatly benefit both firefighters, first responders and the county for years to come.

The total cost of the facility was $1.2 million and it took four years to complete the project, according to ACFRA president Leonard Houck.

The United States Department of Agriculture was instrumental in funding opportunities for the new facility. In addition to completing meat inspections and other duties, the USDA works on community facilities including fire departments and police stations.

ACFRA also received a $50,000 grant from the NC Office of State Budget Management which was used on the facility. Senator Deanna Ballard and former county manager, Sam Yearick, were instrumental in obtaining this grant for the Association.

Prior to the ribbon cutting in front of the new structure, Board of Commissioners Chairman Todd McNeill and Commissioner William Sands shared a few words.

McNeill said the facility has been a “long time coming” and Ashe County really has something to be proud of.

“We’ve got the best in the business and they deserve a facility that is as high class as they are,” McNeill said.

Sands said it is a very impressive facility which local firefighters are very deserving of.

“We very much appreciate what you people do and this is the least we could do, is work toward getting this to you and for you,” Sands said.

Secretary/Treasurer of Ashe County Fire & Rescue Association Beth Eastridge extended a thank you to everyone who played a part in the addition of the facility.

“We want to thank everyone who has had a part in making this longterm dream come true, from our elected officials, to USDA, from our departments that have supported us in this,” Eastridge said. “This has been a dream that the women and men of our emergency services have had for many, many years.”

Those present at the ceremony had the opportunity to tour the facility and learn more about the equipment inside and the structure itself.

According to Debbie Sexton of the Rural Development Office in Jefferson, the facility will allow everybody to come together at different times and complete live burns. The classroom building, which is also located at the site, will be used for meetings and training sessions.

A few years ago the state changed the training requirements. When the change occurred, trainees were no longer able to do simulations and were required to complete live burns, Eastridge said.

The new facility provides a controlled environment that firefighters can come to and learn to fight a fire.

According to Eastridge, the training facility will not only prevent personnel from having to go out of county for training but also will keep equipment from leaving the county.

According to Eastridge, the more points a fire department has the lower the ISO rating will be. As a result of the lower ISO rating, homeowners’ insurance decreases.

During the planning and implementation stages of getting the training facility, the ACFRA board received input by members of the departments which make up the ACFRA and the local fire and rescue instructors and Wilkes Community College Administration.

After the facility was completed, he completed a two day course on how to safely operate the facility. David Hart, Richard Eastridge, Anthony Farmer, Andrew Cox and Josh Steelman also completed this course, in which they learned how to properly use all training props correctly and safely.

Once the training was complete, fire instructors wanted to also be able to utilize the classroom building at the training facility so students can receive both classroom and practical training and testing at the same location.

Skybest was also on scene earlier on Sept 23 installing internet services so the instructors will have access to the latest training videos and aids.

Chris Robinson, WCC’s vice-president of workforce development and community education for the Ashe Campus worked on getting supplies donated from the college to help set the classroom up. He was able to get several tables, chairs and computers to set the classroom up with. Information Technology Technician Michael Rash transported computers from the main campus to the facility and assisted Zachary setting the computers up in the classroom.

“The facility is such a great asset for Ashe County and will serve for many years to come,” Zachary said.