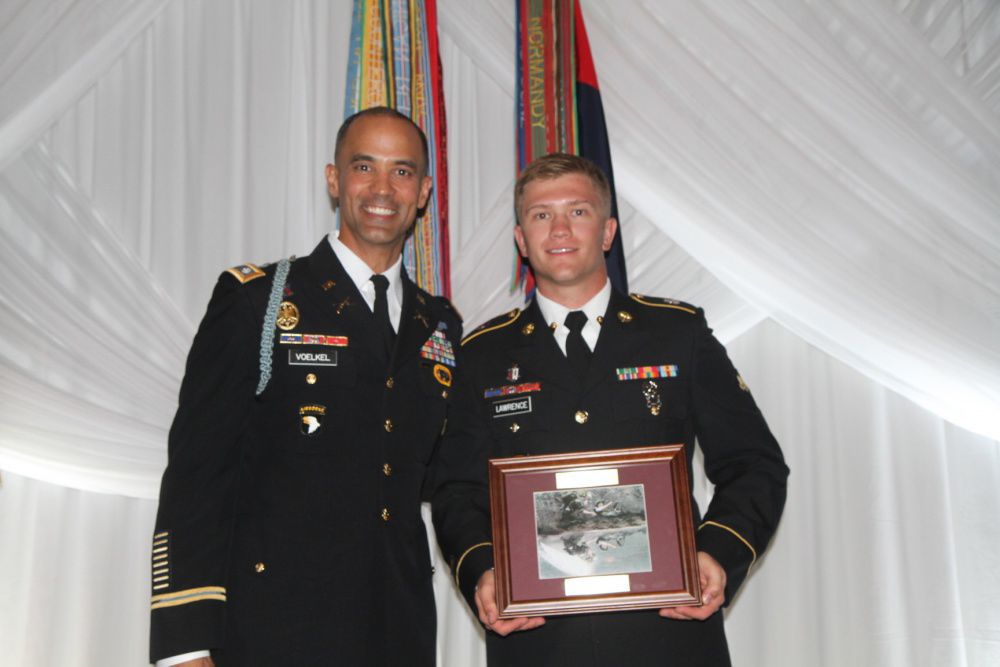 Spc. William Lawrence stands with battalion commander, Lt. Col. Trevor Voekel, after being honored with a plaque for outstanding medical service in the U.S. Army on Oct. 24. 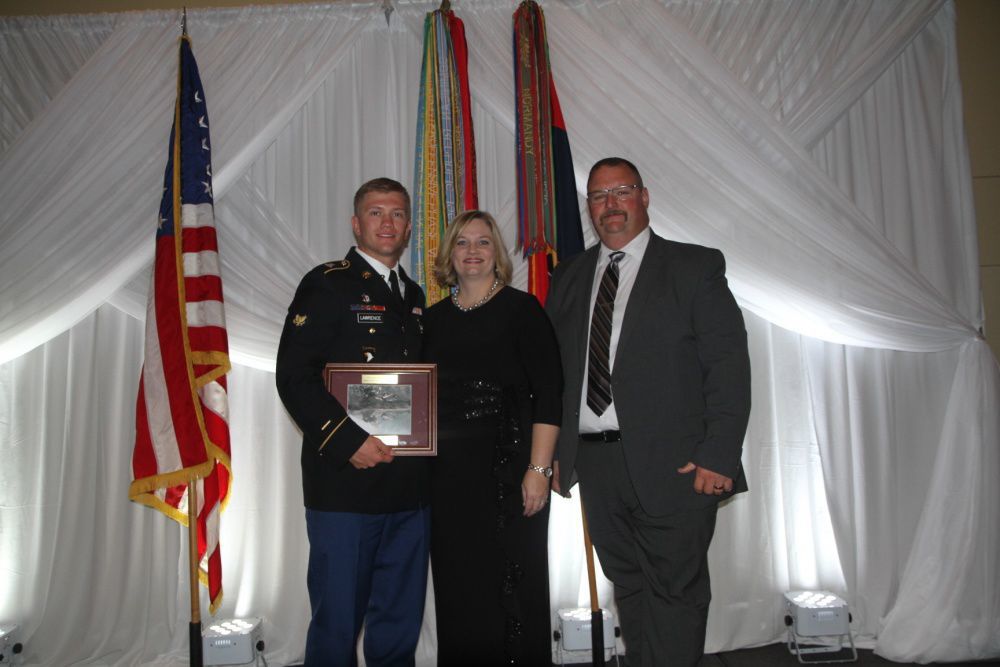 Spc. William Lawrence stands with battalion commander, Lt. Col. Trevor Voekel, after being honored with a plaque for outstanding medical service in the U.S. Army on Oct. 24.

Lawrence was one out of 21 soldiers distinguished by the Fort Campbell Chapter of AUSA for heroic efforts as a medic. Lawrence is especially unique as he was nominated for his efforts in the line of duty while deployed to Iraq in support of Operation Inherent Resolve just a few short months ago.

On Aug. 10, Lawrence truly displayed valor, courage and necessary leadership. A code word was called over the intercom at his forward operating base in Iraq indicating that medevac helicopters were inbound with casualties from a mass casualty sustained during operations.

Lawrence was the first medic to report to assist the medical team with offloading, triaging and treating casualties. As the first to report to Role One, which is the first-case casualties receive for immediate life-saving measures, he was integral in setting up the surgical team for success. He treated seven casualties who sustained multiple gunshot wounds, all while ensuring every casualty received the adequate care necessary to stabilize them.

“This is an honor. He is very selfless. He stepped up and volunteered to go out there on a very tough operation and that is very humbling,” said Brewer.

“As an infantry soldier, you are truly connected to your medic through tears and blood. On the battlefield, the first word you call out to is your medic due to the trust you have with them. The bond is extremely close,” said Voekel.

Recognizing the importance of medics during the line of duty and beyond were not just service members, first responders and police officials but Lawrence’s family. His girlfriend, stepfather and mother all made the long trip from their hometown of Boone, North Carolina. Lawrence, also a native of Boone, was very excited to see them.

Lawrence’s mother, Linda Hicks, was especially elated to see her son receive such an honor.

In a testament to Lawrence’s dedication to duty and humility, he was still surprised and humbled he was even in the same room with such great Americans.

“I’m still nervous and very surprised to be here. I really feel like I hit an achievement,” said Lawrence.

The Guardian’s Gala is an event that recognizes those who defend, protect and keep, and Lawrence does just that.