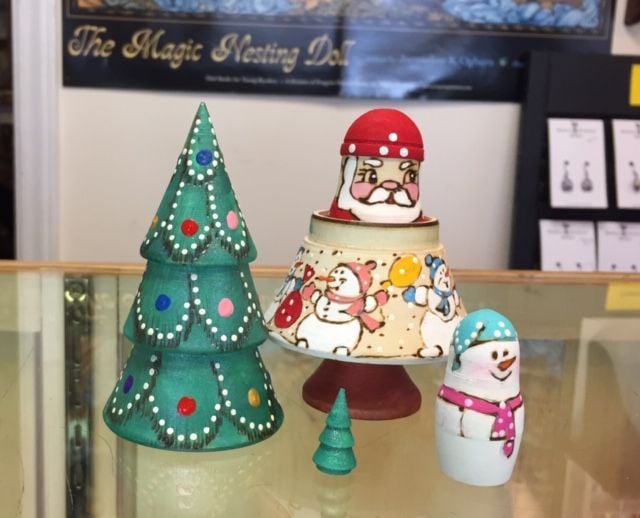 The Hallmark movie ‘Christmas Waltz’ used a Christmas themed nesting doll similar to this to teach a lesson about judging a book by its cover. 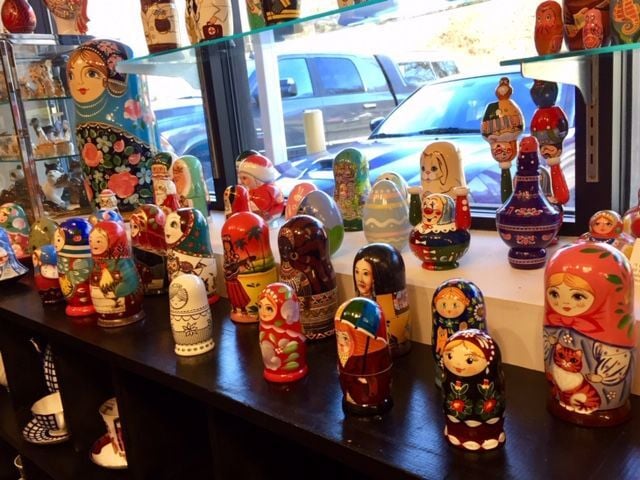 The Golden Cockerel of Boone specializes in Russian nesting dolls of various sizes and themes. 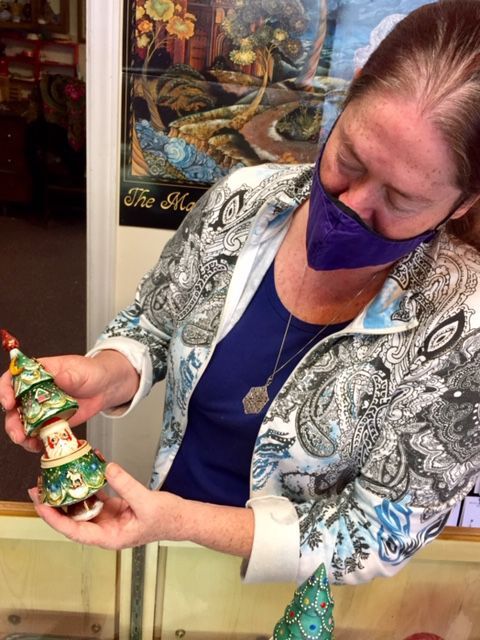 Cassie Burgess of the Golden Cockerel shows off a holiday nesting doll similar to the one featured in the Hallmark movie, ‘Christmas Waltz.’

The Hallmark movie ‘Christmas Waltz’ used a Christmas themed nesting doll similar to this to teach a lesson about judging a book by its cover.

The Golden Cockerel of Boone specializes in Russian nesting dolls of various sizes and themes.

Cassie Burgess of the Golden Cockerel shows off a holiday nesting doll similar to the one featured in the Hallmark movie, ‘Christmas Waltz.’

A trendsetting Hallmark movie has boosted sales for one area business. The new film titled “Christmas Waltz,” has created demand for a distinct holiday-themed Matryoshka doll, which is currently being met by the Golden Cockerel, an internationally renowned outlet shop which specializes in traditional, Russian nesting dolls, sometimes referred to as stacking dolls or babushka dolls.

Jointly based in St. Petersburg, Russia, and Boone, the Golden Cockerel has been a premier supplier of Matryoshka dolls for 27 years. During those years, the company has created thousands of dolls of various designs, including animal and political themed dolls and even custom made promotional dolls for Hollywood films such as “Being John Malkovich,” “The Death of Stalin,” and bands such as the Smashing Pumpkins. Each unique doll is created by a team of 30 artists in the company’s workshop in Russia, before making their way to Boone for distribution.

“All the dolls come to Boone and then they’re shipped out all over the world,” said Cassie Burgess, general manager for the Golden Cockerel. “Our biggest client would probably be the state of Alaska.”

Recently, the Hallmark Channel’s new movie “Christmas Waltz” has created a buzz over babushka dolls, particularly a Christmas-themed miniature, similar to one sold by Golden Cockerel. Hand-crafted and hand-painted, the five piece wooden doll features two Christmas trees, a Santa Claus, snowman and penguin. Since the movie’s debut on Nov. 28, the company has seen a surge in calls inquiring about the dolls.

“We have sold about 400 and we are still selling them. People are backordering them from our February shipment at this time,” Burgess said. “Yesterday, I had a woman tell me she would drive six hours and I didn’t have one for her, because we’re sold out.”

“Christmas Waltz,” which stars Lacey Chabert and Will Kemp, is the tale of a dance instructor who helps a young woman get back on her feet after her storybook Christmas wedding is suddenly cancelled. During the film, a nesting doll is used to teach the lesson “don’t judge a book by its cover.” The movie is set to play again on Sunday, Dec. 20, at 2:00 p.m. on the Hallmark Channel.

The Golden Cockerel can be found at 1651 NC Hwy.194, in Boone and is open from Monday through Saturday from 10 a.m. to 6 p.m. For more information about their traditional Russian nesting dolls, call (800) 892-5409 or visit https://www.goldencockerel.com/.