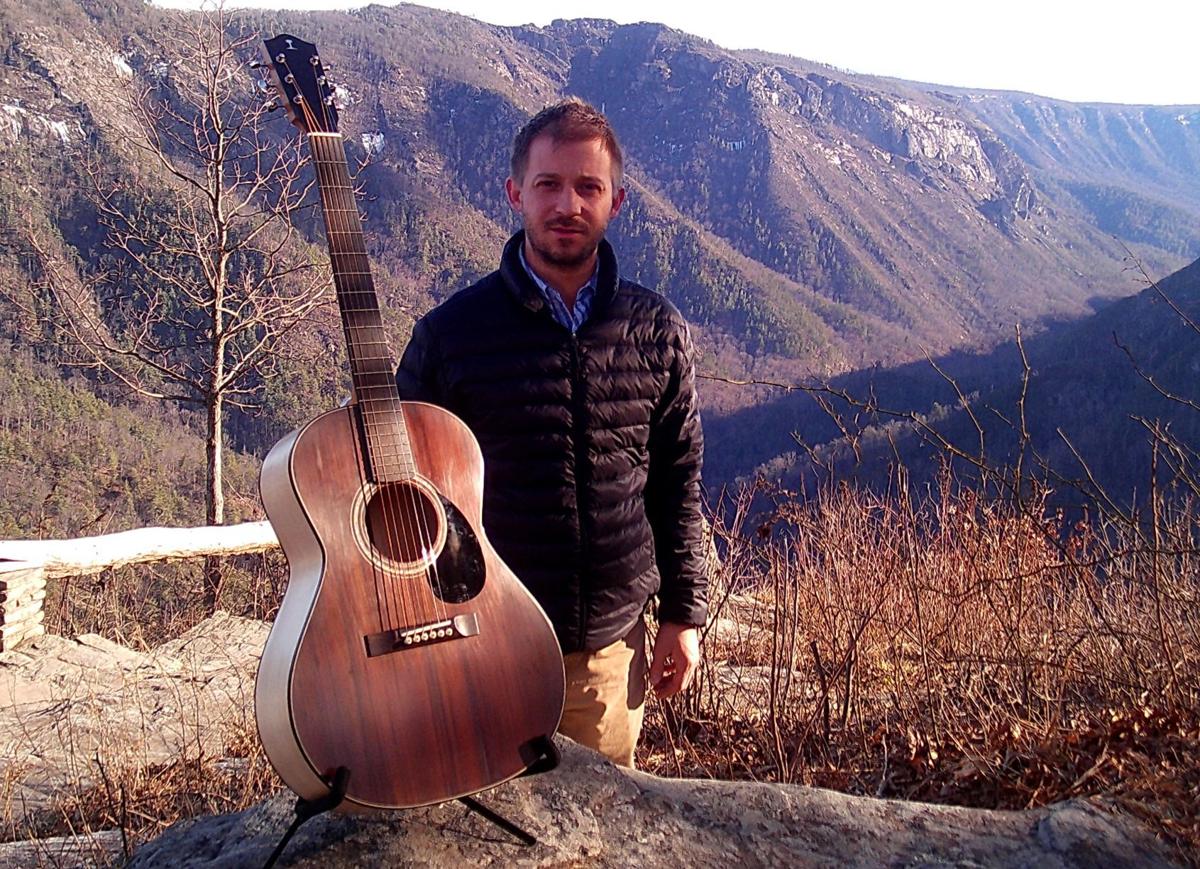 Chris Capozzoli and his guitar 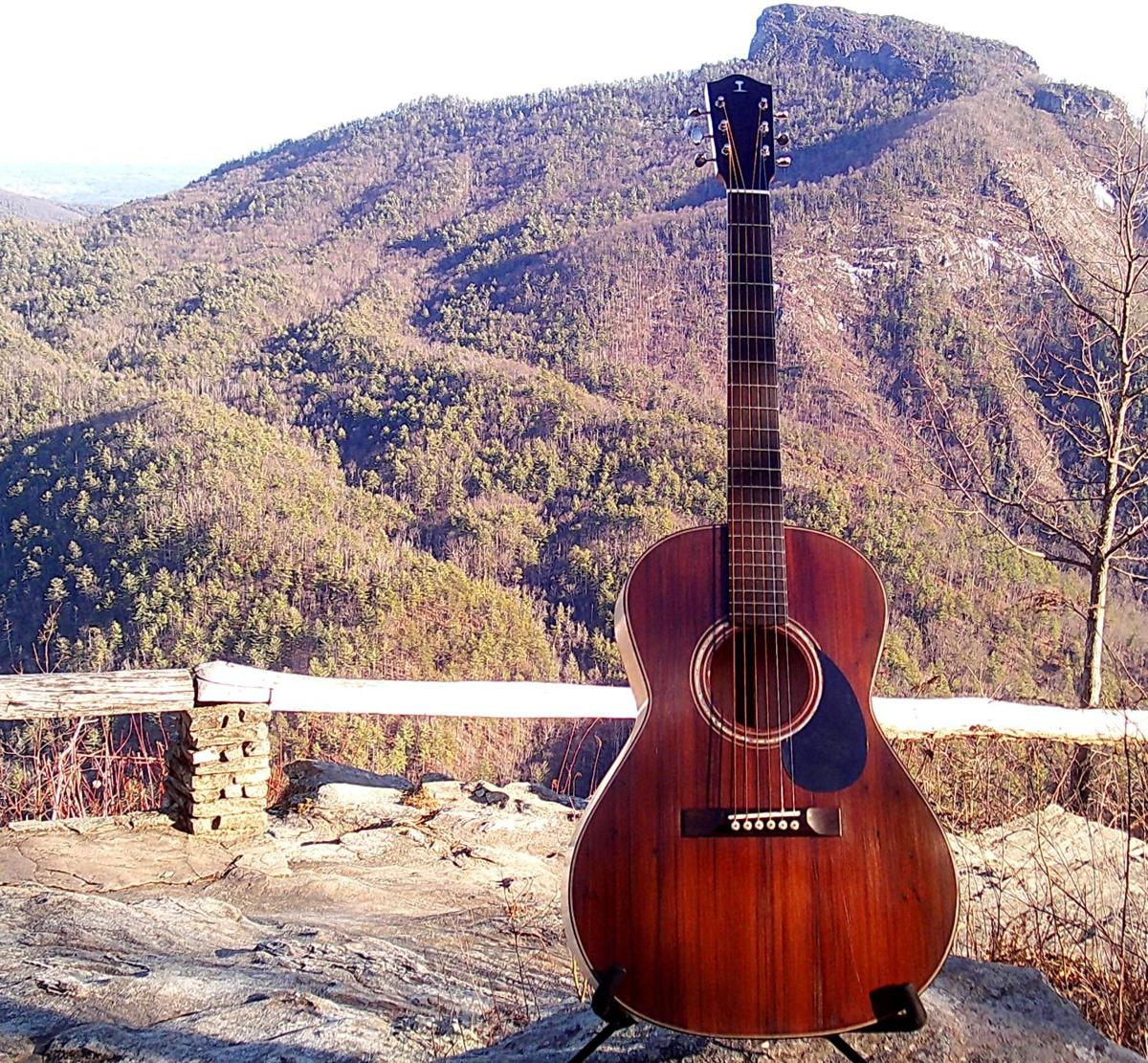 One of Chris Capozzoli’s custom-made guitars at Wiseman’s View at the Linville Gorge.

Chris Capozzoli and his guitar

One of Chris Capozzoli’s custom-made guitars at Wiseman’s View at the Linville Gorge.

A few months ago, Bluegrass Unlimited Magazine asked The Mountain Times find an instrument maker to profile for its annual luthier issue published in March of every year. We have interviewed other regional musical woodworkers for this special edition in the past, including Wayne Henderson of southwestern Virginia and fiddle maker Bob Kogut of Lenoir, NC.

For this go around, however, we chose to highlight the art and wood and wire wizardry of local Boone luthier Chris Capozzoli. His article is now the cover article of the current issue of Bluegrass Unlimited Magazine.

We chose Capozzoli because we have seen, held and played his guitars first-hand and know of their quality. What We didn’t know was the touching story behind his drift toward making acoustic guitars after making electric guitars for many years. And, as a side story, it was a trip to a local natural High Country landmark to take photographs of Capozzoli’s guitars that unexpectedly secured the cover of this lauded magazine.

Bluegrass Unlimited Magazine is considered the “Bible of the Bluegrass Genre.” The publication has been at the heart and soul of the bluegrass music industry for over 50 years. In recent decades, it has been published by Pete and Kitsy Kuykendall. Pete Kuykendall, a legend in bluegrass music and a member of the International Bluegrass Music Association Hall of Fame, died in August of 2017 after a long illness. His mark in the roots music world was felt around the world.

Chris Capozzoli grew up in Charlotte, camped in the mountains surrounding Boone when he was a kid while in the Boy Scouts, and developed a love of woodworking and of making guitars while still in high school. He moved to the High Country when he enrolled at Caldwell Community College. After earning an Associates Degree in Art, Capozzoli began a decade-long stint working with Vaughn’s Woodworking business outside of Boone and then finally struck out to create a shop of his own, which now exists at Old Cove Creek School complex in Sugar Grove, just north of town.

Capozzoli digs into many kinds of high-end woodworking projects these days, but guitars are still his main signature accomplishment. For years, he worked to perfect his electric guitar line and acclaimed musicians like Darrell Scott play his hand-made instruments on stages across the country.

Then, about four years ago, Capozzoli’s mother, his biggest fan and supporter, died of cancer. After receiving some inheritance, he decided to honor his mother by using the money for a worthy endeavor by taking a trip to Oregon to enroll in the intense two-week training program that is the American School of Lutherie. While there, the building of top quality acoustic guitars was the focus.

When we first contacted Capozzoli about writing the new Bluegrass Unlimited Magazine article, we took a set of photographs of him and his custom guitars at his shop. But, the results were fair at best. The fact is; if you want to make it onto the cover of a national magazine, the photograph has to be spectacular. So, an idea was hatched. We grabbed up two of Capozzoli’s prettiest guitars and a guitar stand and then drove 35 miles to Wiseman’s View overlook located in the heart of Linville Gorge. With the best of the High Country as a backdrop, the cover of the March issue of Bluegrass Unlimited Magazine was secured.

Meanwhile, Capozzoli keeps making great guitars in a part of the world that he loves in the town of Boone and the surrounding Blue Ridge Mountains.

“As soon as you get off of the mountain in the summertime, the humidity is there,” says Capozzoli. “Every time I leave these mountains, I don’t really feel homesick as much as I think, ‘I’m going to miss this place while I’m gone. I can’t wait to get back.’ Even if I’m going to a place I love to be, when I get back from a trip, I’m like, ‘Ah! Yes! Home again.’ I have felt that way from day one when I moved up here for college. I’d go down to Charlotte to visit my parents and friends, and then when I would leave the big city and come up U.S. 421, I would get excited right around Wilkesboro when I would begin to see the mountains. I called this place my home from day one when I moved up here. I would talk to my Mom on the phone and she would say, ‘What are you doing?’ I would say, ‘Well, I’m sitting at home, doing whatever.’ But, to her, forever, home was at her house. She’d answer, ‘What? You’re in Charlotte?’ And, I would say, ‘No. I’m at my home.’ In Boone, to quote the movie ‘O Brother, Where Art thou,’ it is like this geographical oddity because it is two hours from everywhere.”

To read the interview in the current issue of Bluegrass Unlimited Magazine with Chris Capozzoli online, go to bluegrassmusic.com, where you will also see the cover photograph of one of his fine guitars surrounded by the beauty of Linville Gorge.