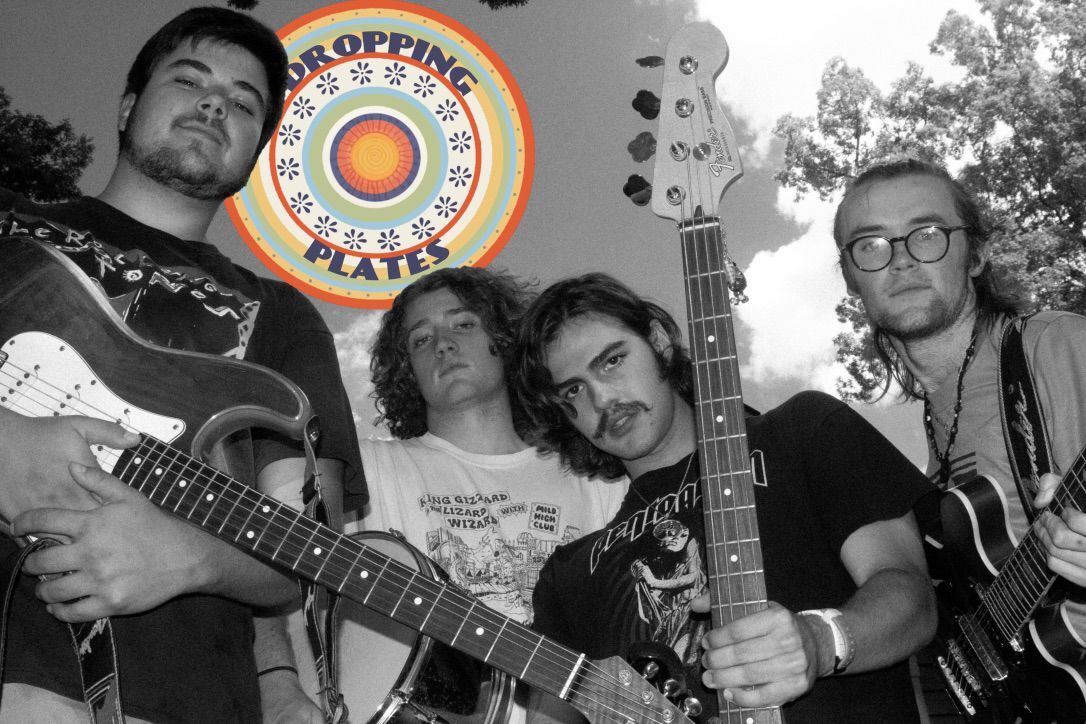 BOONE — Guitarists Ben Burrows and Jake Fain attended high school together in Winston-Salem where they each began performing in their respective bands. It wasn’t until a few years later that they united with Bassist Aaron Huntley, of Raleigh and Forrest Britt, of Wilmington, in the mountains of Boone.

The first studio album by Boone-based band Dropping Plates “Family Dinner ” was released on Feb. 1. Singles from the album include the crowd favorite “Padlock” and the band’s latest single “Wave.” The new album also features a few previously unheard songs and will be accompanied by new music videos which can be found on the band’s Facebook page www.facebook.com/droppingplatesband.

Huntley describes the album as “the exploration of our own musical influences while really searching for a sound that we can call our own.” “Some songs are more serious lyrically and some are very musical but I really believe there is something on it for everyone,” said Fain.

By combining their years of music experience and tastes, the band transformed into an indie-groove jam band that has been quick to make its mark in Boone, becoming well known for their live performances and selling out local bars and restaurants.

This spring the band looks forward to more recording and getting back on stage as soon as possible.

“Once we get through these challenging times in the industry we cannot wait to tour and promote ‘Family Dinner’ as well as our next album. We had plans to branch out into Asheville, Charlotte, Winston and Raleigh, but we hope to really get back out there as soon as April or May,” said Burrows.

You can be on the lookout for Dropping Plates in Boone this spring as well as another album and a North Carolina tour on the horizon, as soon as this summer.

In the meantime, you can find their current work on Spotify and Apple Music. For only $5 you can purchase digital downloads of their latest work as well as a bonus track in the “Family Dinner” album pre-order on Bandcamp at droppingplates.bandcamp.com/.

For more information, promo requests, or to arrange an interview, contact Brett Surmons droppingplatesband@gmail.com or by phone at (336) 577-3561. You can also listen to Dropping Plates on Spotify and Apple Music.