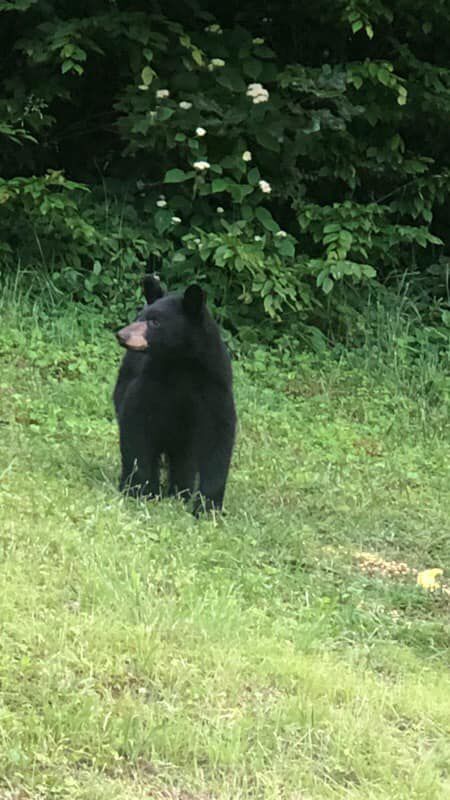 This young black bear was spotted at the home of Lansing resident Lisa West in June. 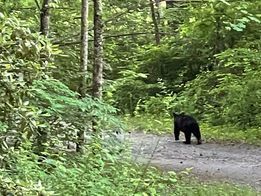 This young black bear was spotted at the home of Lansing resident Lisa West in June.

When it comes to the Southern Appalachians, there’s perhaps no animal quite as iconic as the black bear. Like their human counterparts, however, as warmer weather sets in this iconic animals begin to stir. This means more interactions between humans and bears will more than likely occur.

According to the National Park Service, the spring and summer months are some of the most active times of year for black bears, particularly in the early morning and afternoon hours. Furthermore, mating usually takes place in July, at times with both female and male bears having more than one mate throughout the summer.

The increase in bear activity in no cause for alarm, according to the North Carolina Wildlife Resource Commission there are six steps you can take in order to secure your home and live more responsibly with black bears.

Intentionally feeding bears or allowing them to find anything that smells or tastes like food teaches bears to approach homes and people looking for more. Bears will defend themselves if a person gets too close, so don’t risk your safety and theirs.

Food and food odors attract bears, so don’t reward them with easily available food, liquids or garbage. Remove Bird Feeders When Bears Are Active Birdseed and grains have lots of calories, so they’re very attractive to bears. Removing feeders is the best way to avoid creating conflicts with bears.

Feed pets indoors when possible. If you must feed pets outside, feed in single portions and remove food and bowls after feeding. Store pet food where bears can’t see or smell it.

Clean grills after each use and make sure that all grease, fat and food particles are removed. Store clean grills and smokers in a secure area that keeps bears out.

See bears in the area or evidence of bear activity? Tell your neighbors and share information on how to avoid bear conflicts. Bears have adapted to living near people;now it’s up to us to adapt to living near bears.