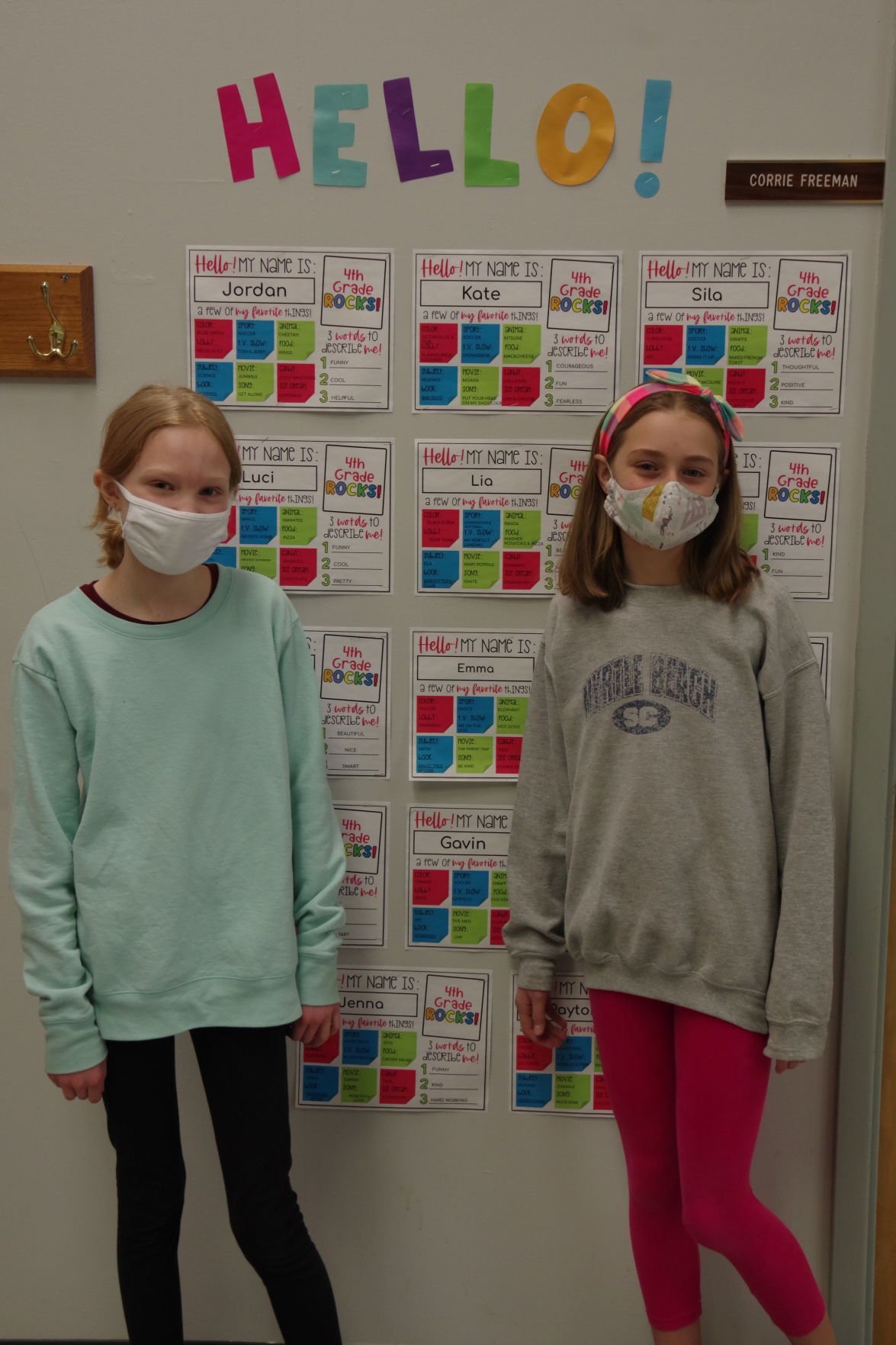 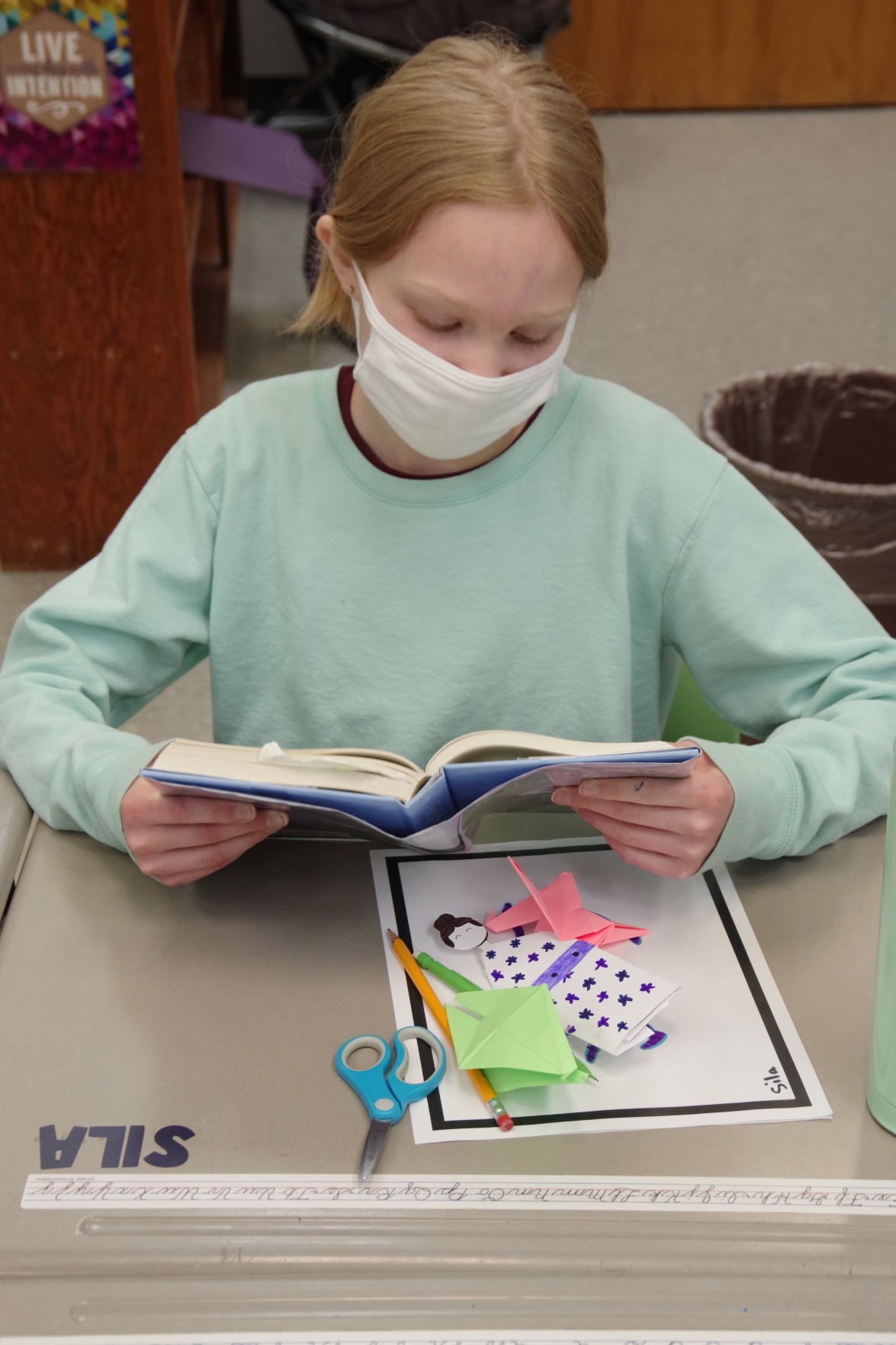 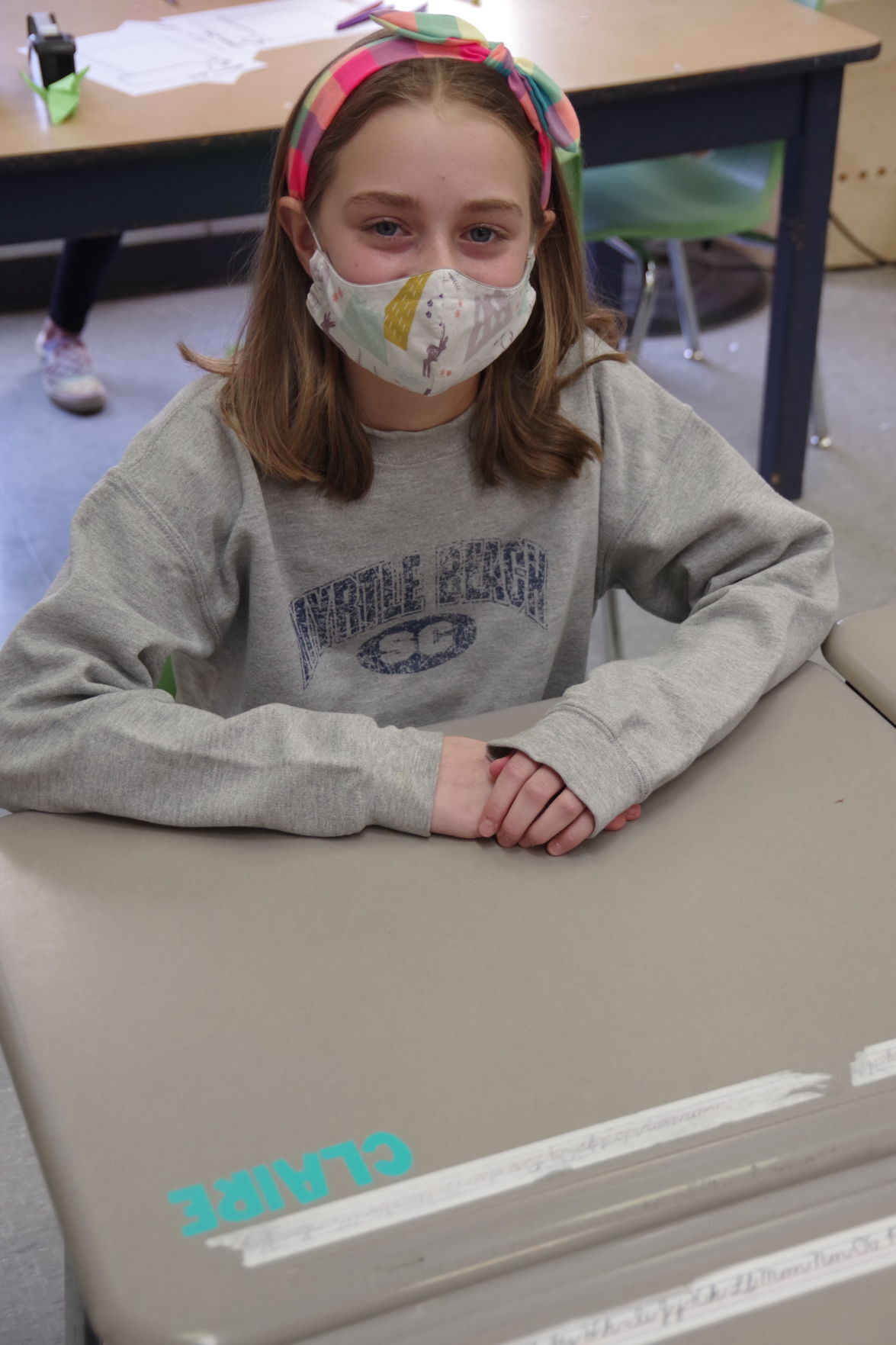 BOONE — It’s been quite a year for many elementary school students as they dealt with remote learning and being away from friends due to COVID-19.

Despite not seeing each other for a year, two Hardin Park fourth graders kept their friendship strong with an old-fashioned way of communication: passing hand-written notes back and forth.

Claire Powell and Sila Gersonde, fourth graders in Corrie Freeman’s Hardin Park class, were best friends before COVID-19 started. When schools moved to a hybrid format — two days of in-person learning and two days of virtual learning — Powell and Gersonde were in opposite cohorts. One friend would go to school in-person on Monday/Tuesday while the other would go Thursday/Friday.

Because of COVID-19, neither of them have really seen each other for the past year. To keep in contact, they started leaving notes and little gifts inside each other’s classroom desks.

“It was just an idea I had because I think I just had to tell her something,” Powell said. “We just decided to tell each other what was on our minds with notes.”

Freeman said both Powell and Gersonde have a special bond of friendship with one another.

“They were upset to not be in the same cohort,” Freeman said. “Both of them, being super creative, decided to be school pen pals. Both of them would find time during their cohort days to write a note, then tuck it in each other’s desks. They sometimes added little gifts or homemade things. From my perspective, it was so heartwarming to watch the other come in and search for and read the note.”

March 22 was the first day both cohorts were together in-person this school year.

“It’s weird because every morning I’m not looking inside my desk for a note because I see her instead,” Gersonde said. “I hadn’t seen her in a long time. I like how we can just go with whatever is happening.”

Powell said it was great to see Gersonde again and meet her new friends.

Kerry Gersonde, Sila Gersonde’s mother, said their families have known each other since before the two girls were born. They grew up together, but really became best friends at Hardin Park when they were in classes together.

“Since they are at the age where they don’t really have phones or social media like older kids do, there wasn’t really a way for them to stay connected,” Kerry Gersonde said. “I think it’s so cool they found this way (to stay connected).”

Kerry Gersonde said her daughter has made new friends in her cohort. She said she thinks having Powell back in her class has made the transition to four days a week in school a little easier for Sila Gersonde.

Ginger Powell, Claire Powell’s mom, said seeing her daughter and Sila Gersonde leave notes for each other during COVID-19 has been really sweet.

Ginger Powell said her daughter has also made new friends which is “good for her.” But the main reason Claire Powell was excited to go to school Monday was that she was going to be in class with Sila Gersonde again, she said.

“She was disappointed when she realized they weren’t going to be in class together because of COVID-19,” Ginger Powell said. “Now she’s excited to return because now they’ll be in the same classroom. That doesn’t happen every year.”

“I am proud that they have carried the community we have tried to build together across both cohorts and feel connected to each other even though it hasn’t been possible physically,” Freeman said. “I also admire their dedication to keep their families safe.”