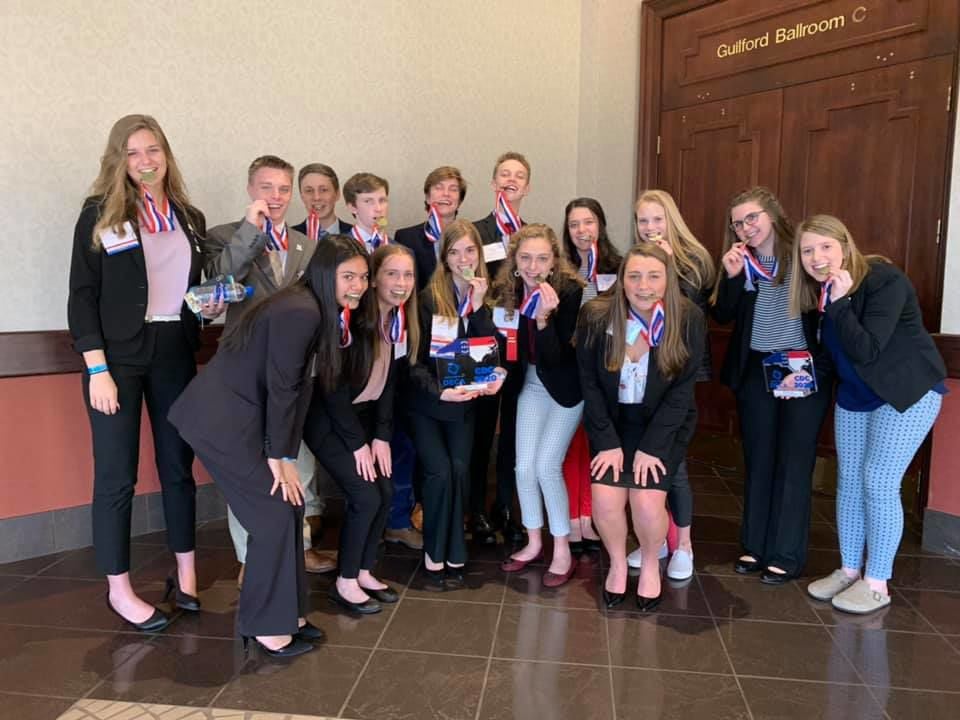 BOONE — The Watauga High School DECA (Distributive Education Clubs of America) club will be saying goodbye to 24 seniors as the end of the school year approaches.

WHS DECA Advisor Olivia Tarnowski explained that DECA is a business and marketing career and technical student organization that prepares emerging leaders and entrepreneurs to become college and career ready.

“Watauga High School DECA strives to provide its members with meaningful knowledge and experiences through educational conferences, competitions at the district, state and international levels, as well as community service opportunities,” Tarnowski said.

Tarnowski said the 2019-20 school year was a busy and successful year for WHS DECA. In November, the group attended its District Competition in Asheville where 33 WHS students won awards in various categories. In early February, 20 students attended the DECA Sports and Entertainment Marketing Conference in Orlando, Fla., where they learned from experts in the field of sports and entertainment marketing such as the Orlando Magic, Universal Studios and the Golf Channel.

Also in February, 75 students attended the North Carolina DECA State Competition in Greensboro, and they competed against 4,000 students from across the state. At this competition, 20 WHS students received awards including top test scores, top role plays and overall state finalists in a multitude of different categories.

WHS DECA also had the honor of having its second consecutive officer — Peyton Cline 2019-20 and Grace McClure 2020-21 — elected to the North Carolina DECA State Action Team and was recognized as a Chapter of Distinction.

Unfortunately due to the COVID-19 pandemic, DECA’s international competition that was scheduled to take place in late April was canceled for the year. In addition to competitions and conferences, WHS DECA hosted multiple community service outreach events such as volunteering at Samaritan’s Purse, Appalachian Brian Estates and Horse Helpers of the High Country.

Tarnowski said that on behalf of the club, WHS DECA wanted to thank these seniors and wish them nothing but the best.

“These seniors have exemplified what it means to be dedicated, hardworking and accomplished members of WHS DECA,” Tarnowski said. “WHS DECA cannot wait to see the successes of our graduating seniors and are very proud of the people that they have become.”