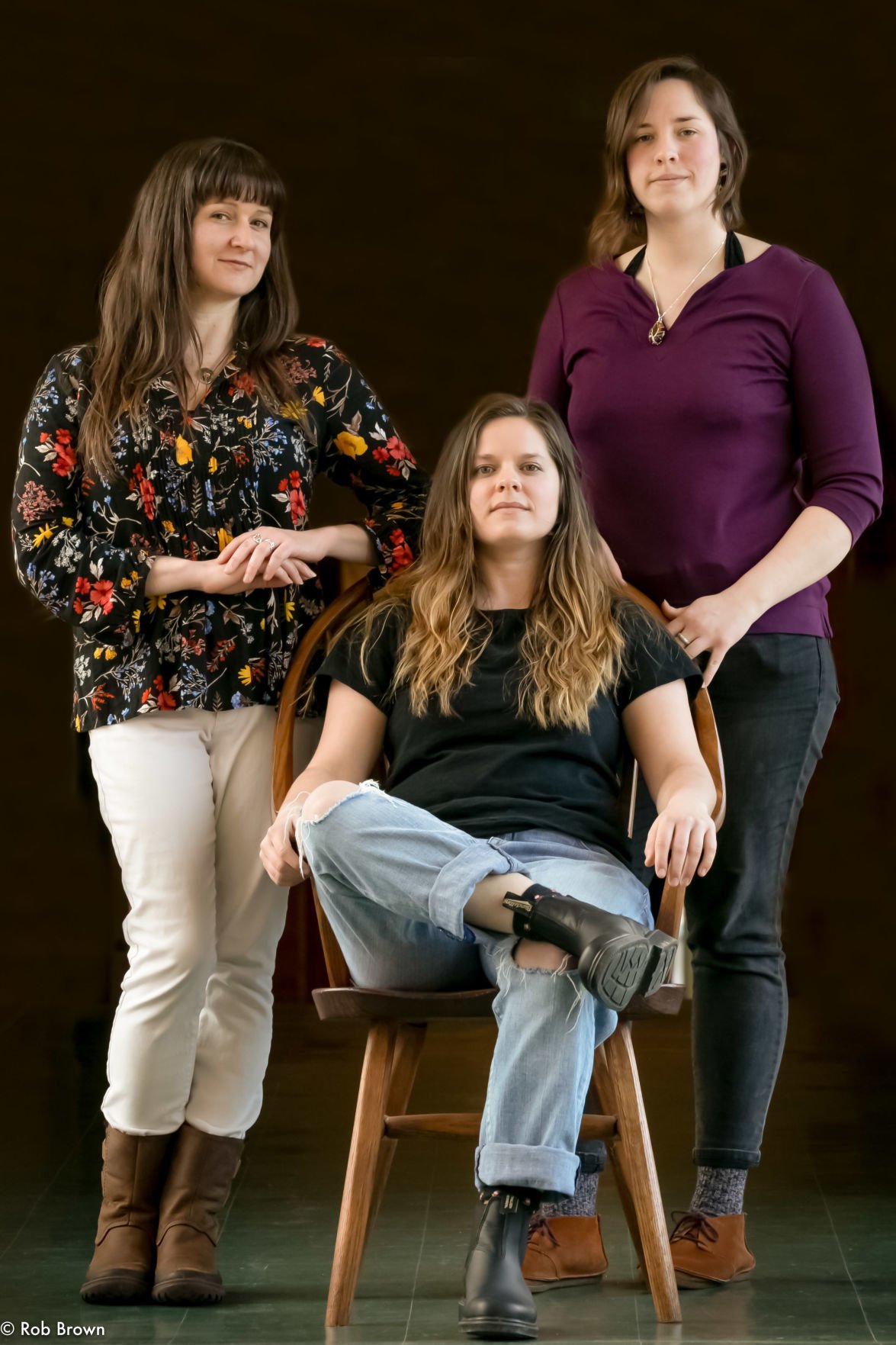 The songs of ‘Short Story, Tennessee’ are all originals by musician, Lauren Hayworth. From left to right: Lauren Hayworth, Ashley Wright and Sarah Reinke. 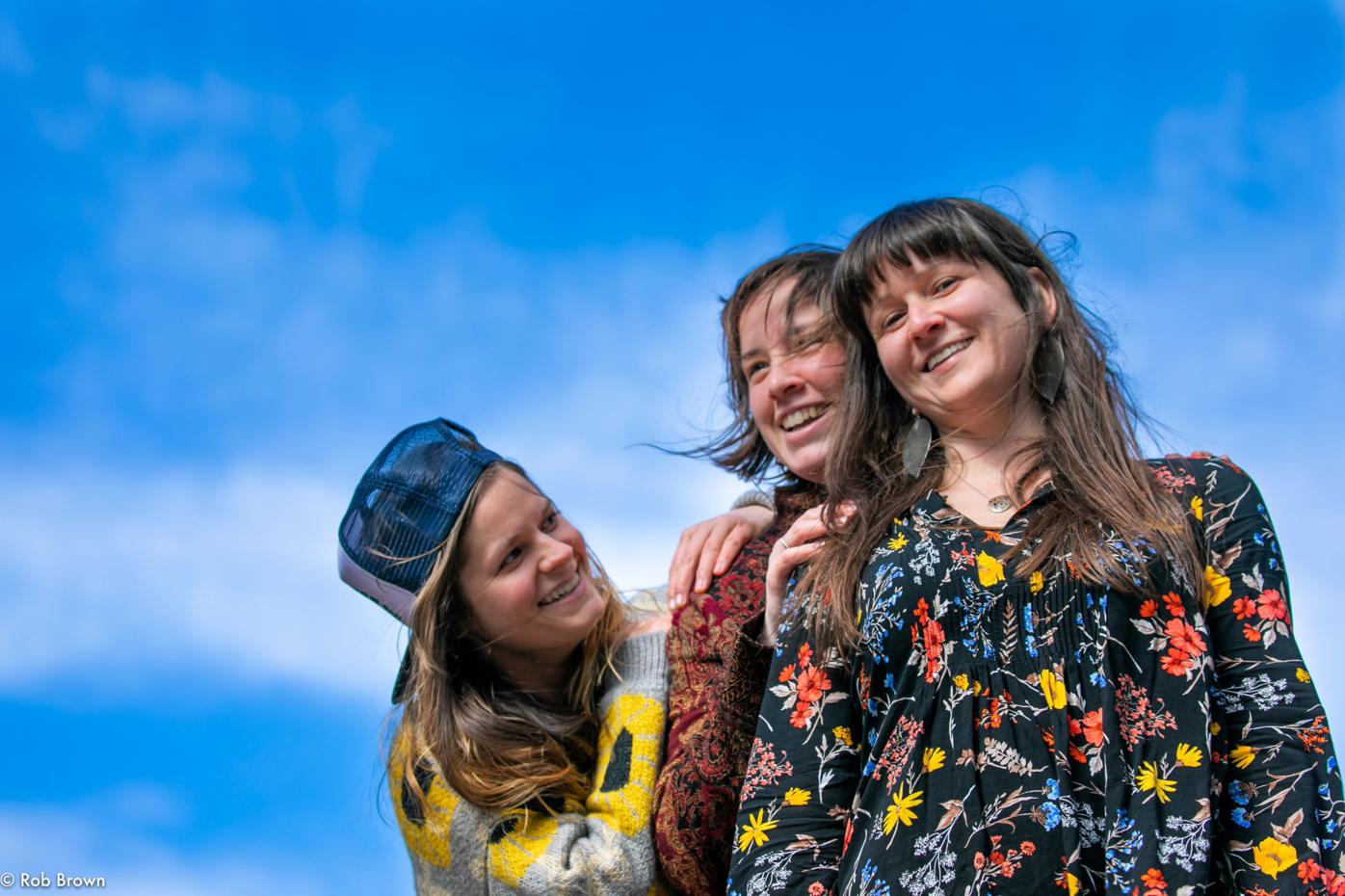 Odd and Even play a release show in Boone on Nov. 8 to showcase new music. From left to right: Ashley Wright, Sarah Reinke and Lauren Hayworth.

The songs of ‘Short Story, Tennessee’ are all originals by musician, Lauren Hayworth. From left to right: Lauren Hayworth, Ashley Wright and Sarah Reinke.

Odd and Even play a release show in Boone on Nov. 8 to showcase new music. From left to right: Ashley Wright, Sarah Reinke and Lauren Hayworth.

In an area full of talented musicians, the Odd and Even band features a rotating collective of the High Country’s best women artists.

On Friday, Nov. 8, Odd and Even will perform a special show in Boone that will include the debut of band member Lauren Hayworth’s brand new all-original EP called “Short Story, Tennessee.”

Produced by Hayworth and Jesse Harvey and recorded here in Boone at the Robert F. Gilley Recording Studio, “Short Story, Tennessee” showcases Hayworth’s beautiful voice and expressive lyrics. Highlights include the rollicking “Pressed Petal,” about finding an old book that contains saved leaf and flower petals in it, yet the reasons for saving them is lost to the wind. The song “Win For Losing” finds the session crew dropping a rocking, bluesy beat underneath an Americana groove with lyrics that quickly become an anthem for women power in this modern world.

“Gold” is a wonderfully descriptive love song inspired by the mountains that surround the character portrayed in the piece, with the earthy sound driven by guitar, clawhammer banjo, light percussion and the sweet fiddle work of Chiles.

While growing up in Melbourne, Fla., Hayworth was musically inspired by her mother Lucia Emewein, who was an elementary school music teacher, and her grandmother Vera Hayworth, who loved to sing.

Because of her surroundings, Hayworth was given the freedom to find her muse as a young kid.

“My mother plays the piano, but she also teaches kids how to play a lot of different instruments in school, and I think that is where I got that side of me, where I am always wanting to try and learn a new instrument,” said Hayworth. “My grandmother on my dad’s side of the family influenced my love of singing as well. She was a very musical person who loved to sing, although she never did it professionally. There was always a lot of singing in her household, and she played the organ, which was very cool in those days. So, I got a lot of musical influences from both sides of the family, but I think I got the classical side from my mother as she is 100 percent Italian and her and my grandfather loved Italian opera. Later on, I studied opera, and my grandfather was able to come and see me sing in Italian before he passed away and that was very special.”

Hayworth’s favorite aria is “Song To The Moon,” from the 1900 opera Rusalka featuring lyrics by the poet Jaroslav Kvapil and music by Antonín Dvořák.

While the Atlantic Ocean and Melbourne will always be considered home for Hayworth, the mountains called her from afar, although she really didn’t know why. Yet, after learning of the Blue Ridge Mountains that surround Boone, one day Hayworth packed her car with her belongings and drove 650 miles due north.

“I knew they had a university in Boone, and I figured out that I wanted to go to grad school at some point, but my main reason for wanting to be here was primarily to be in the mountains,” said Hayworth. “I kind of showed up here and never left. I don’t know how I picked these mountains other than I must have researched the term ‘mountains’ at some point, and I also had a friend who also wanted to live in the mountains. At the time, I had been living in an ashram and didn’t have much stuff, so most of what I owned fit in my car and I wandered around campus until I found someone who needed a roommate advertised on a flyer.”

After settling in, Hayworth soon became exposed to the culture or the mountains in the way of the music of Doc Watson and other artists and by learning how to play the banjo.

“Not long after moving here, I took lessons from Mark Freed of the Jones House who taught me the basics of clawhammer-style banjo,” said Hayworth. “The interesting thing about that is when I was still in Florida, I asked for a banjo on my 18th birthday, and I have no idea why. There was something in my DNA. I taught myself with a Mel Bay Method book because there were not any banjo teachers in my town. Later on, I came to Boone where everybody is a banjo teacher. After I was here, I think one of the first songs I covered when I was jamming with a friend was a Doc Watson tune. The musician friends that I met when I first moved here opened up my eyes to so many things I had never heard before.”

These days, Hayworth performs with The Mercury Dames as well as with Odd and Even. As for this Friday’s event, her brand new recording “Short Story, Tennessee” will be on sale at the show.

All of this creativity is the end result of Hayworth living out her dream of breathing in the cool air of the High Country.

“The mountains were calling me,” said Hayworth. “I found where I needed to go, yet I don’t know where it all came from. I love the forest. I love the peace and quiet. I love seeing mountains in the corner of my eye most of the time. As far as I can tell, this is where I need to be.”