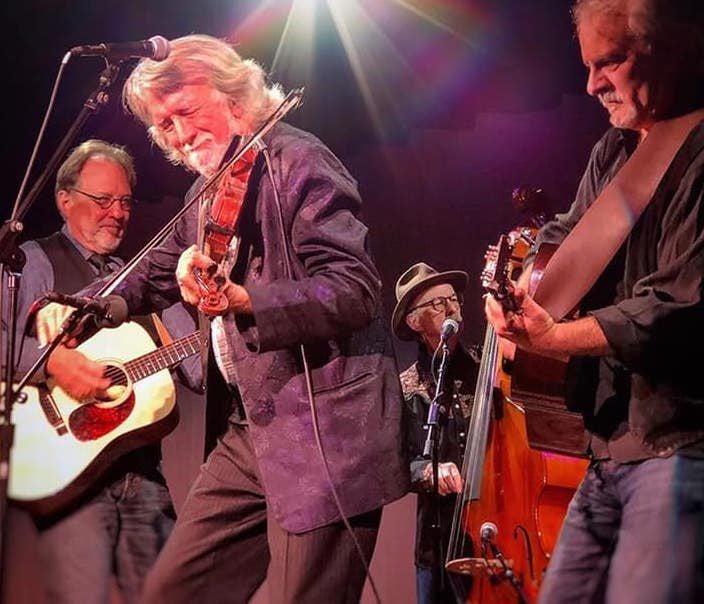 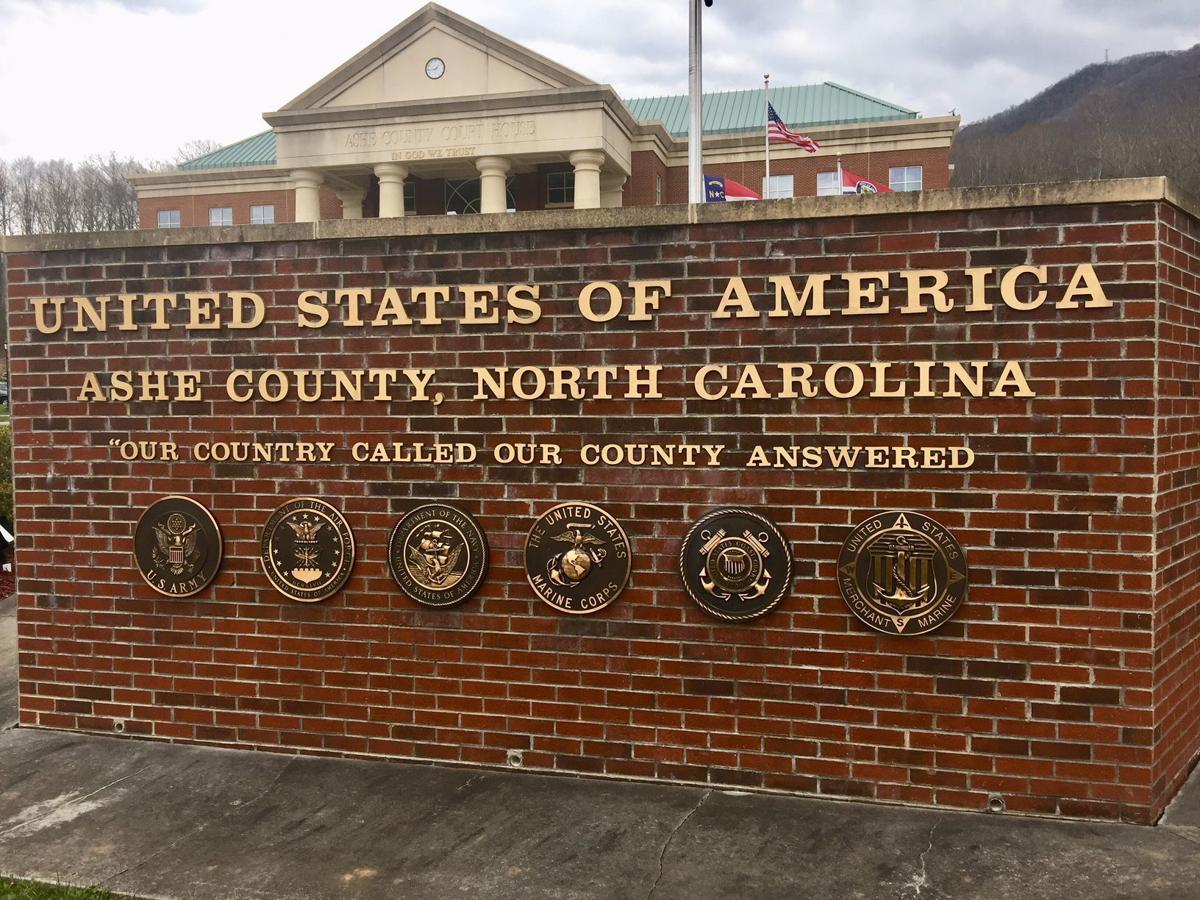 The March 28, 2019, edition of The Mountain Times highlights veterans’ memorials in the High Country. 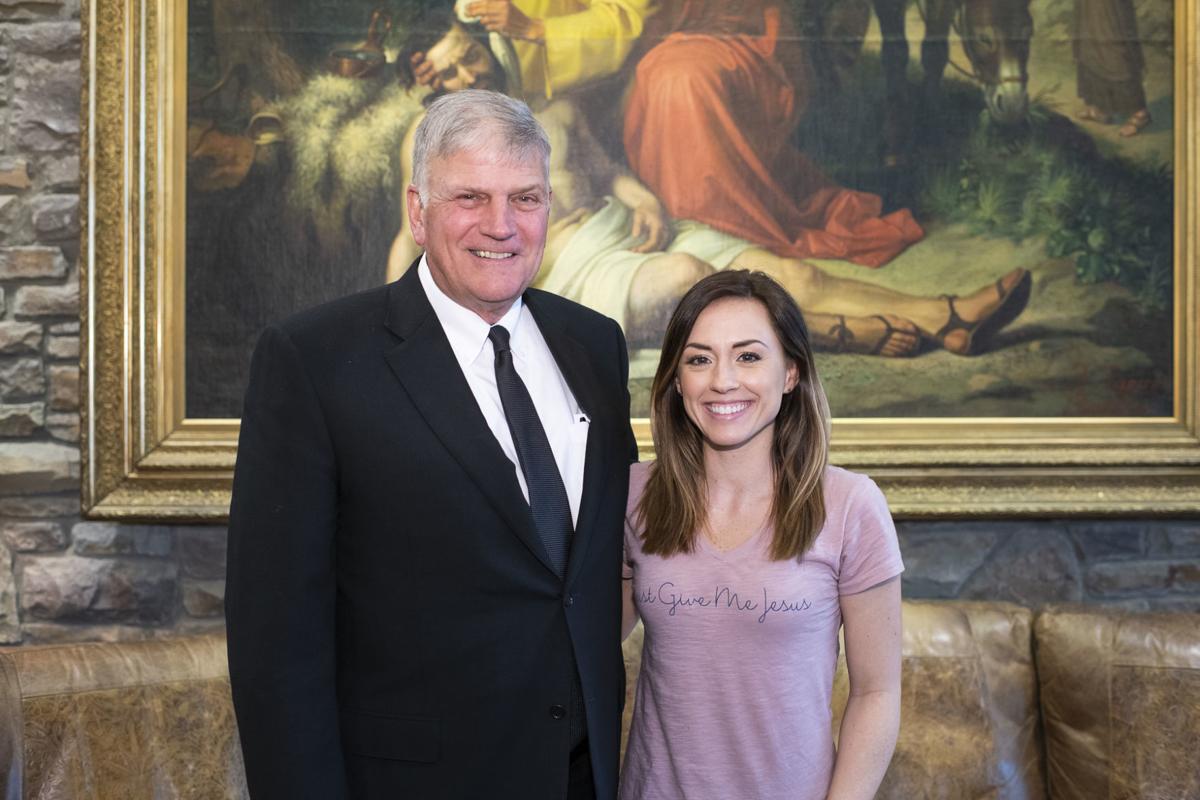 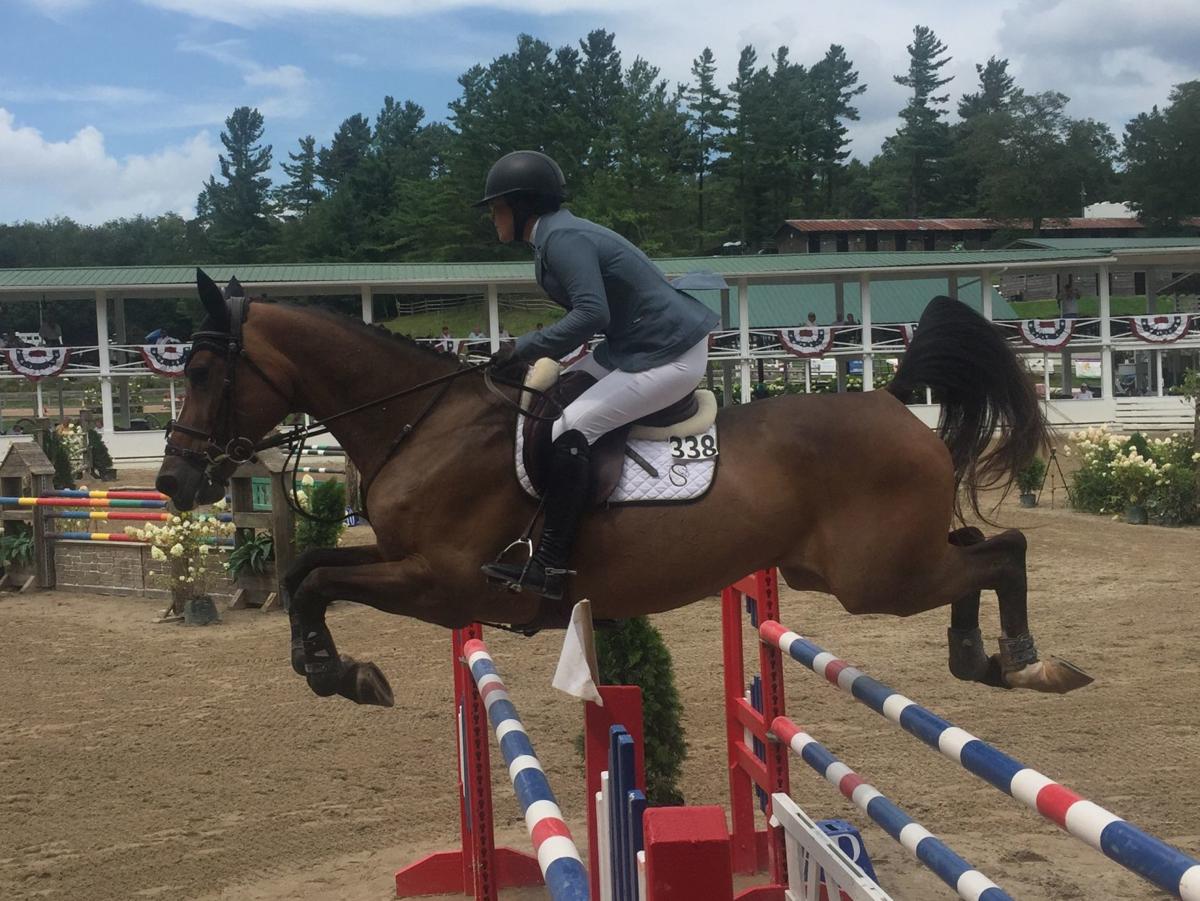 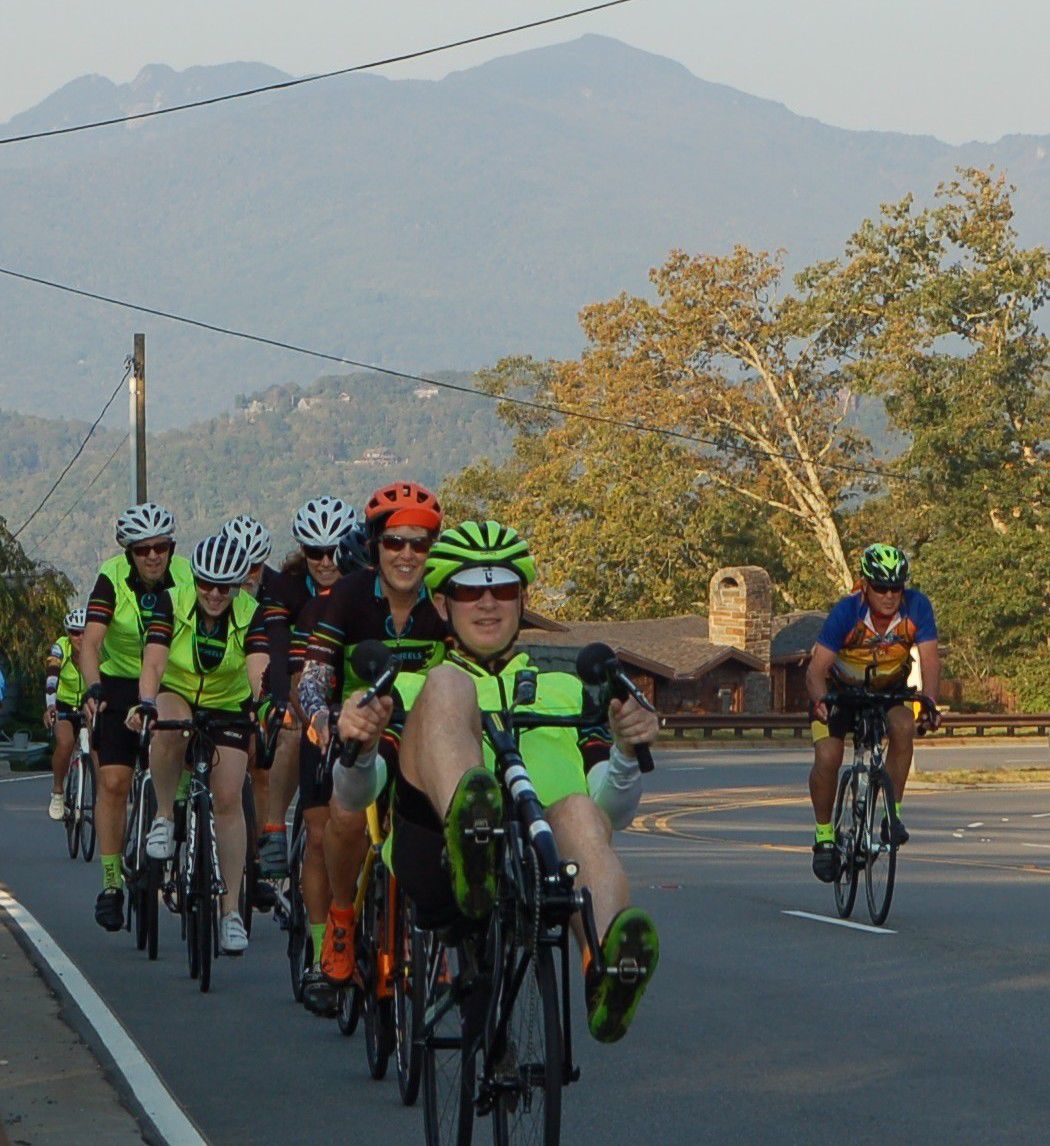 With Grandfather Mountain in the background, cyclists from Cycle N.C. cruise down Valley Boulevard in Blowing Rock on the morning of Sept. 29, 2019. 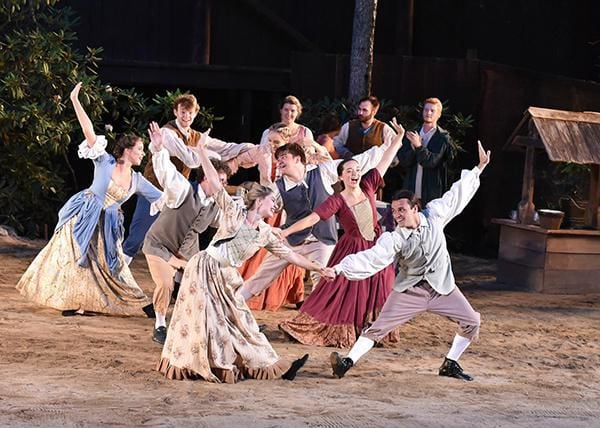 Horn in the West outdoor drama returned for its 68th season on Friday, June 21.

The March 28, 2019, edition of The Mountain Times highlights veterans’ memorials in the High Country.

With Grandfather Mountain in the background, cyclists from Cycle N.C. cruise down Valley Boulevard in Blowing Rock on the morning of Sept. 29, 2019.

Horn in the West outdoor drama returned for its 68th season on Friday, June 21.

Editor’s note: This article features news and photos from past editions of the Mountain Times.

While the Parkway remained open, “During the partial shutdown, the road will be accessible, weather permitting, but visitor services, including restrooms, trash collection and facilities, and road maintenance … are closed.”

The annual “Be a Sweetheart, Feed the Hungry” campaign made its way to Mast General Store in partnership with the Hunger and Health Coalition just in time for Valentine’s Day.

“The 16th annual … campaign matches each pound of candy purchased at Mast Store with a $1 donation toward HHC. For every dollar donated, the Health and Hunger Coalition is able to purchase $5 worth of food, according to Executive Director Elizabeth Young.”

According to Young, at the time, HHC was “enrolling an average of 36 new families per month.”

For this Memorial Day edition, The Mountain Times highlighted the importance of remembering those who lost their lives serving our country and published a list of monuments in the High Country. That list can be found online at https://www.wataugademocrat.com/mountaintimes/news/monuments-for-monumental-sacrifice/article_377209b8-b29f-52f6-8ba0-02975af37cac.html.

This edition also reported on a food pantry challenge hosted by the Hospitality House in order to “more than double the size of its pantry.”

“... The project totals just over $62,000,” the article stated, adding that the Hospitality House had an initial $15,500 capital improvement grant from the Cannon Foundation, and that The Capital Bank Foundation “pledged to match all donations up to $10,000 for the expansion.

Boone-based Christian nonprofit, Samaritan’s Purse, receives a visit from actress Ashley Bratcher for her role in “Unplanned,” a 2019 film that tackles the controversy of abortion. Bratcher was invited to the High Country to be a guest of Samaritan’s Purse CEO Franklin Graham.

“Since wrapping film production Bratcher has worked with lawmakers in Georgia on HB 481, aka the heartbeat bill — something that she did not expect to become involved with before the movie.”

This edition of The Mountain Times also reports on sexual harassment and sensitivity training that was attended by local bar and resturaunt owners.

Grandfather Mountain State Park announces its reservation fee policy, which went into effect on June, 1, and proved to be “consistent with the other North Carolina State Parks.”

“Going forward, all campers will be required to reserve their campsite in advance … Of the 13 primitive campsites on the mountain, 10 accommodate up to six campers with a $15 fee, and three accomidate seven to 12 campers with a $35 fee.”

In June, The Mountain Times published “Horn in the West raises curtain for 68th season,” to announce the return of “the longest running Revolutionary War outdoor drama in the nation. …”

“This season will also introduce a new pre-show concert by the Horn in the West Quartet, concluded with a brief speech by either the director or general manager of the production,” the article stated, adding that this was a change made in the hope of increasing attendance from the “pretty poor” numbers that the show had in 2018.

The ninth annual Doc Watson Day in Boone was celebrated on the Jones House lawn with a crowd whose numbers were at capacity for the space.

“In 2011, the third Friday in Juse was declared as Doc Watson Day … and the statue of Watson picking his guitar on a bench was unveiled. Watson attended and gave one of his final performances in Boone…”

The 96th year of the Blowing Rock Horse show comes and goes in 2019, earning it the title of “one of the longest-running continuous horse shows in America.” This year’s event offered a $15,000 grand prize for the winner of the L.P. Tate Jumper Classic.

“In February (2019), the Blowing Rock Horse Show was named as one of the Top 10 hunter-jumper shows in the nation by National Show Hunter Hall of Fame for the second straight year,” according to the report.

The Cycle N.C. Mountain to Coast annual bicycle ride is announced for Sept. 27 to begin in Blowing Rock for the first time in a decade.

“More than 1,000 cyclists from 40 states and three foreign countries will descend on Blowing Rock for the start of the week-long Cycle North Carolina Mountains to Coast Ride…” the article reported.

Chip Hofler, director of Cycle North Carolina, “commented that Blowing Rock has a great reputation for hospitality and that with everything within walking distance, the riders can easily explore what the town has to offer.”

The Appalachian Theatre of the High Country hosted its first performance in decades on Oct. 14, 2019, and its first show featured John McEuen and the String Wizards, with special guests.

“The newly renovated theatre pay many homages to the original theatre that burned in the 1950s, including the marque, carpets and light fixtures,” the article titled, “App Theatre hosts first performance, sells out show,” reported.

Each of the 620 seats in the theatre were filled with community members who were excited for the theatre’s return, including John Cooper who welcomed the audience and “officially dedicated the stage as the Doc Watson stage for Americana Music.”

The Nov. 21, 2019, edition of The Mountain Times featured an exclusive interview with bluegrass legend, Sam Bush.

“Sam Bush is no stranger to Boone and Deep Gap, mainly because he befriended out local and late music legends Doc and Merle Watson many years ago,” the feature reported.

The Sam Bush Band performed at the Appalachian Theatre of the High Country on Nov. 22.

“Already, the journalists of WHS have plans to expand and better connect with its readership,” the article stated.