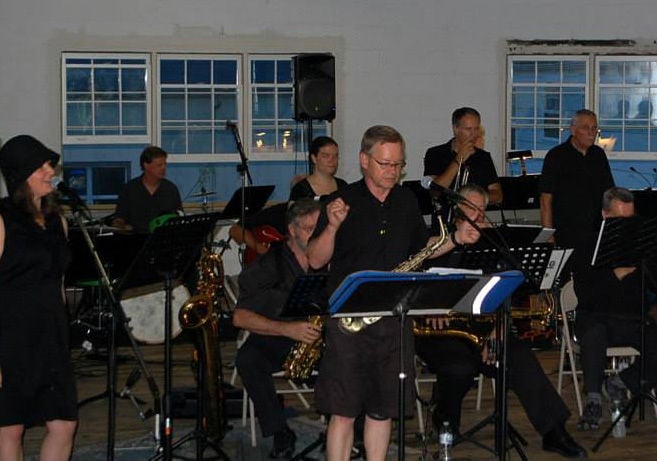 Swing Set plays at The Uptown on a warm summer evening. 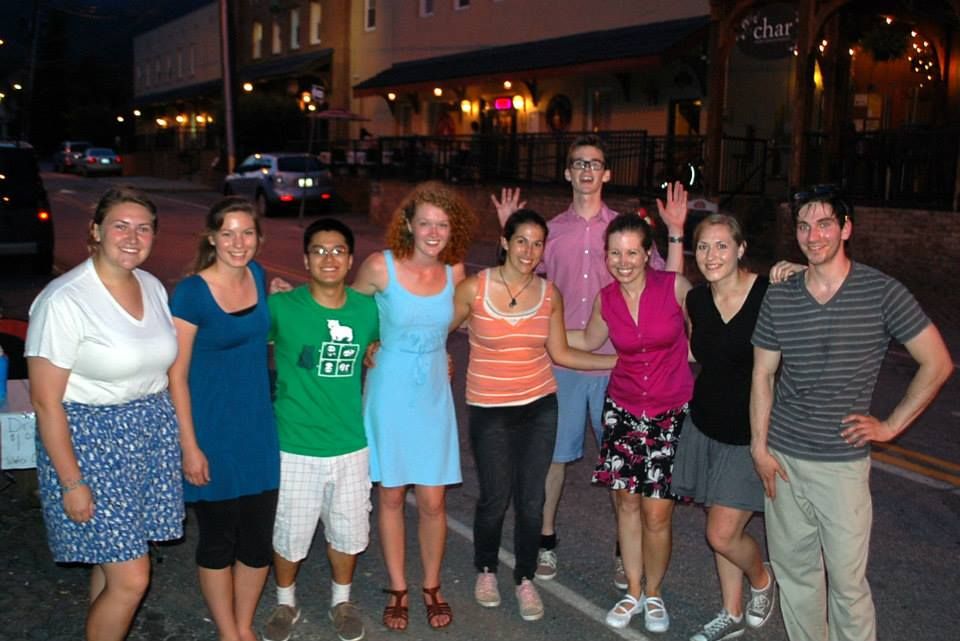 The ASU Swing Dance Club poses outside of The Uptown after a night of tearing up the floor. 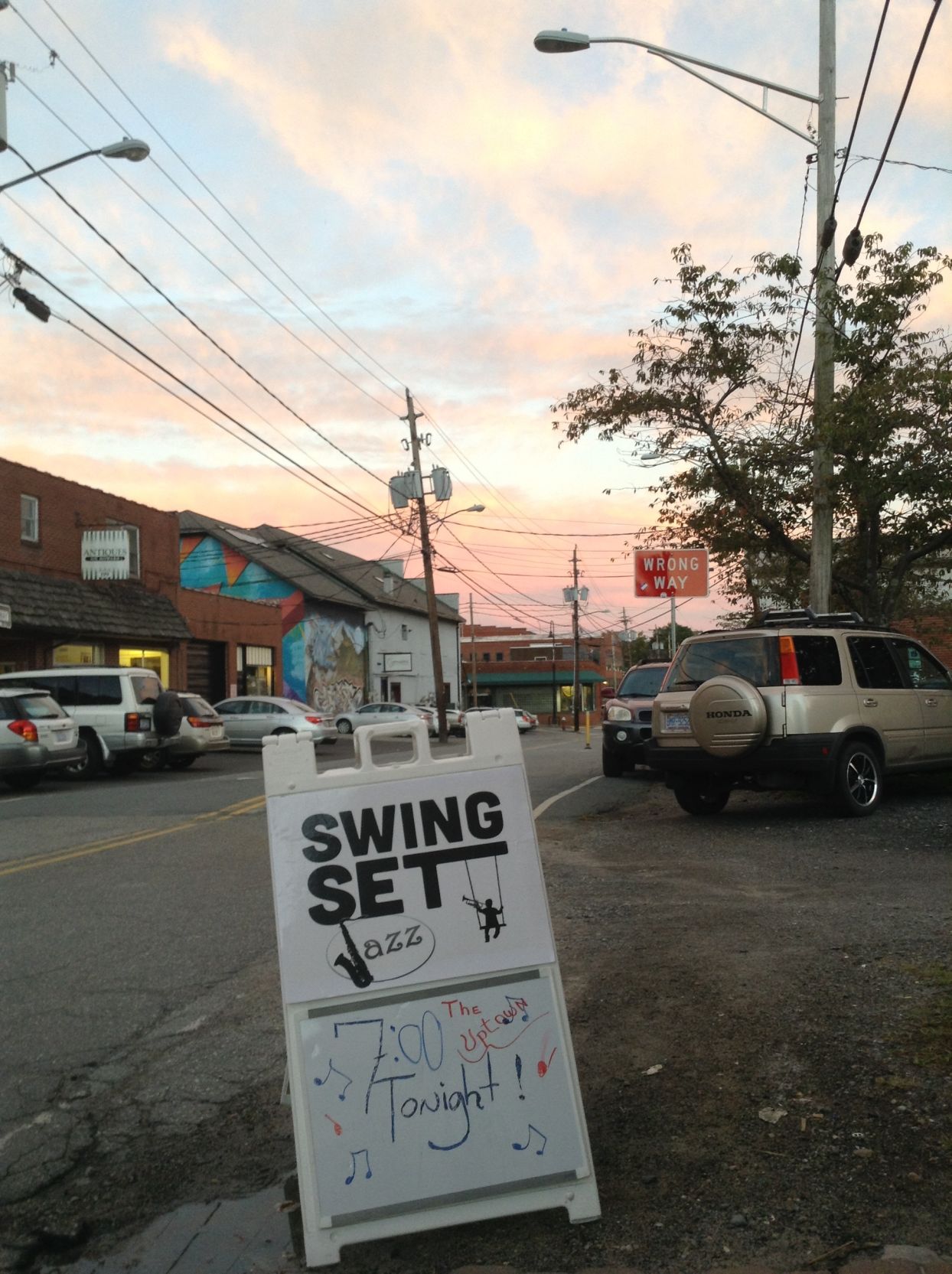 Whenever visitors see this sign (and probably hear the music), it’s a good indication that a fun night awaits at The Uptown. 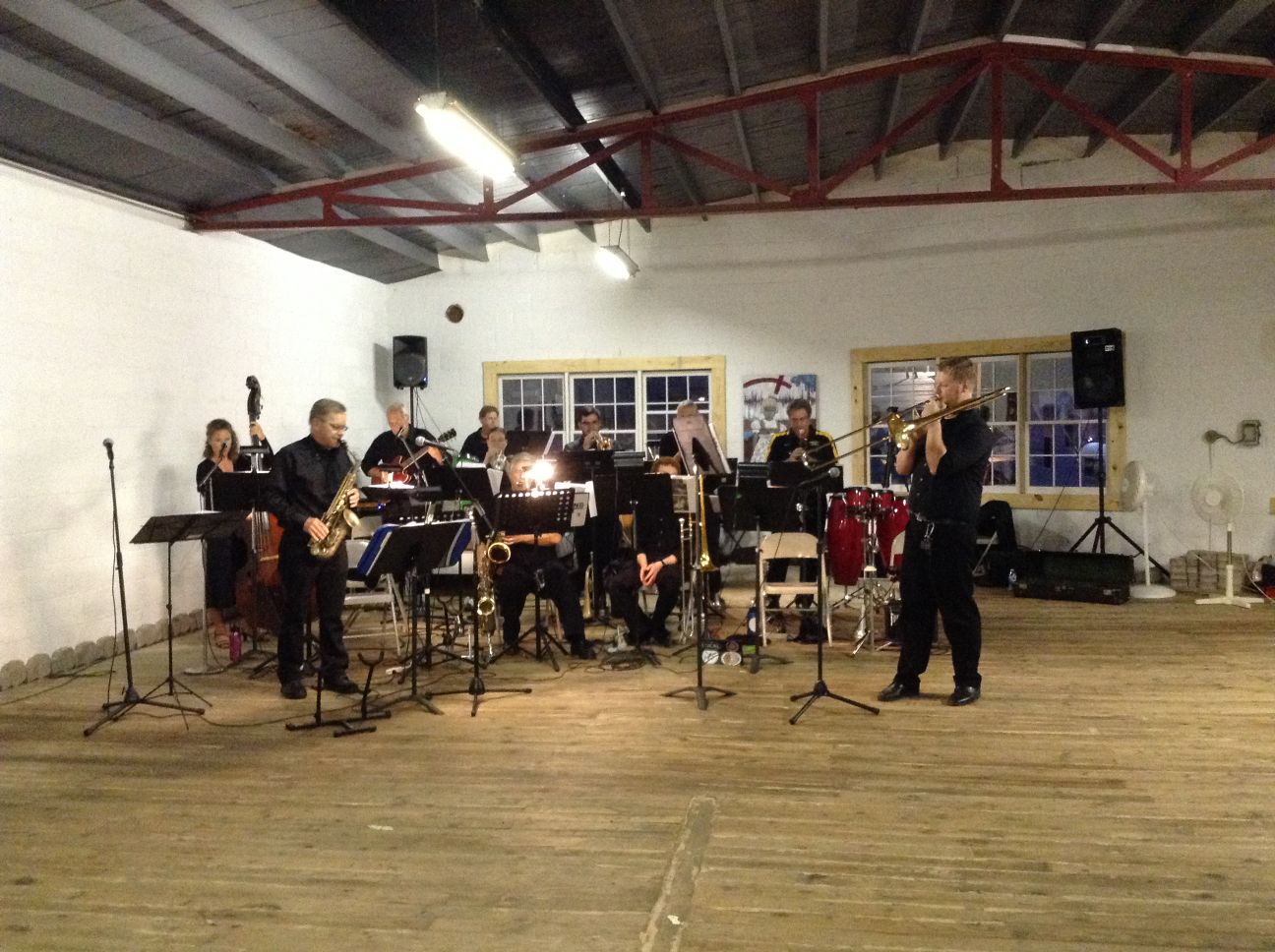 Swing Set rehearses at The Uptown.

Swing Set plays at The Uptown on a warm summer evening.

The ASU Swing Dance Club poses outside of The Uptown after a night of tearing up the floor.

Whenever visitors see this sign (and probably hear the music), it’s a good indication that a fun night awaits at The Uptown.

Swing Set rehearses at The Uptown.

Anyone who has taken a stroll down Howard Street this past summer on a warm Monday evening has probably noticed the hubbub coming from what seemed like an old warehouse.

The Uptown, as it is now known, located across the street from The Local, is host to Swing Set, a horn band that features swing tunes out of the 1950s and ’60s by artists like Frank Sinatra. What started out as just rehearsal sessions led to something much more lively.

“It went really well, I think, probably better than any of us were expecting,” Swing Set vocalist Lauren Hayworth said. “We started drawing a crowd almost immediately and then, once the dancers discovered it, it really took off.”

Swing Set’s rehearsals at The Uptown have turned into all-out swing dance get-togethers. Bandleader Steve Frank said that this event draws up to 150 people between viewers and participants.

This past spring and summer, the band held rehearsals on Monday evenings, drawing in a crowd from the backstreet’s business district.

“We are, hopefully, adding to the Howard Street economy,” Frank said. “Obviously, we attract a lot of tourists hitting the restaurant row on Howard Street.”

Now that the summer crowd has left, and with Appalachian State University back in full swing with students studying during the week, the band has moved the events from Monday to Friday nights. Swing Set jazz also plays at The Uptown on First Friday during Art Crawl.

As the band has continued to expand, The Uptown has had to expand, as well, to meet new regulations. The building is currently under renovation, adding a new bathroom and an exit to meet fire code.

“We try to do all the First Friday events, which is why we’re hoping things will be up and running (at The Uptown) by Nov. 7,” Frank said. “We’re trying to go back there in the next couple of weeks and stir it up again.”

Swing Set still performs as the building is being renovated. This Friday, Swing Set plays as a part of the Appalachian State University’s Swing Dance Club’s Halloween Dance and Costume Contest. The dance takes place from 6 to 8 p.m. in the Linville Falls room of the Plemmons Student Union.

The ASU Swing Dance Club regularly comes to Swing Set’s sessions at The Uptown. Hayworth, excited for the opportunity to work on ASU’s turf, said, “I think it’s just a good way to say, ‘You supported us, and now we can come support you.’”

The band has been together for about two years, consisting of members of the Watauga Community Band, as well as ASU students, teachers and community members just happy with the chance to play. Swing Set also has a seasonal component, as some people who are here over the summer leave for the colder months, Frank said.

“We have a rotation of folks, but any time you’re putting together a band that’s going to perform regularly, you’ve got to have substitutes,” he said.

A rotating member base isn’t the only thing seasonal about Swing Set – the band starts performing swing Christmas music and keeps the swing dance sessions going throughout the year.

Swing Set’s sessions have been an “interesting social experiment,” according to Frank.

“We have a number of folks that are town residents that come and … interact with the college students,” he said. “It’s very interesting to watch.”

“There’s always a good mix of the younger crowd and the older crowd,” Hayworth said. “Within our group, there’s probably a 50-year age difference.”

Frank said that there isn’t really a widely practiced form of dancing available in this day and age. “What dances are being done by anyone at this point?” he said.

The Swing Set’s concerts fill this gap in the area for a place to enjoy the art of dancing.

“Swing dancing is great fun,” Frank said. “These people just have a blast doing it.”

“I think everyone feels comfortable around jazz,” Hayworth said. “Even if you don’t know it in particular, you’ve probably heard it your whole life. It’s truly an American art form.”

People from all over have come to watch and participate in the swing dance get-togethers. Frank said that people have even made special trips from Charlotte and beyond to experience the Swing Set sessions.

“The interaction between the crowd and the band has kept us both going,” Frank said. “Spending Monday nights till 10 is asking a lot of these people, and they wouldn’t give it up for anything.”