Singer-songwriter Elle Hodges reaches new heights as she plays in Boone on Aug. 18. 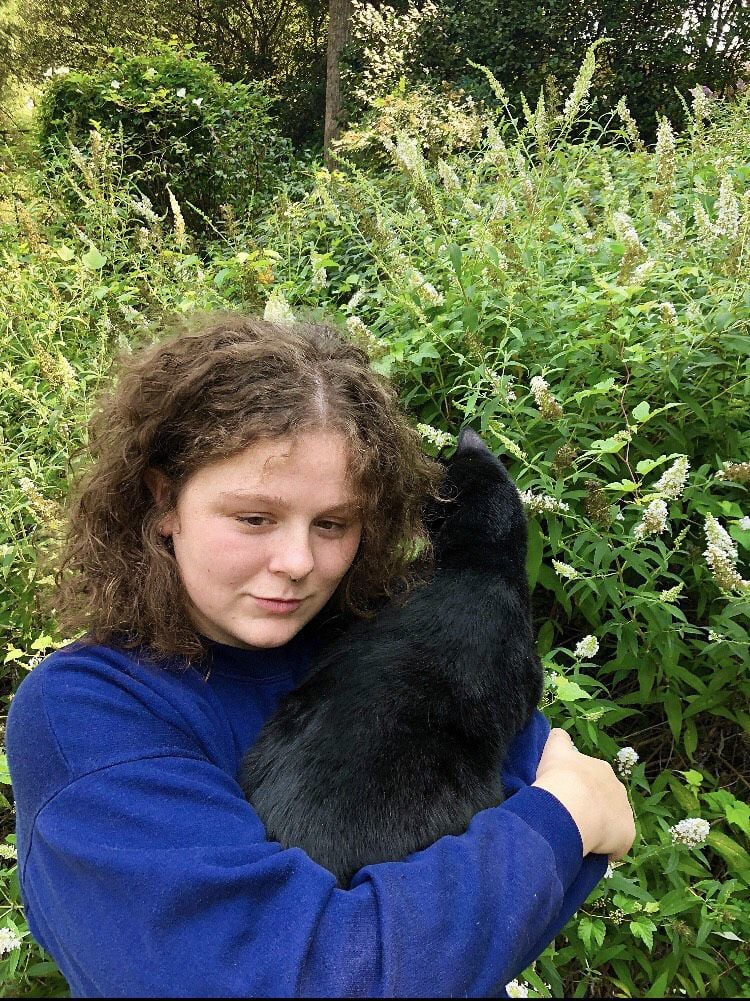 Elle Hodges finds inspiration for her music in her family and attends Emerson College in Boston.

Singer-songwriter Elle Hodges reaches new heights as she plays in Boone on Aug. 18.

Elle Hodges finds inspiration for her music in her family and attends Emerson College in Boston.

Whether it is a dorm roof, the roof of your house when you were a kid or a proper rooftop establishment in a big city, there is something special about being on top of the world. That was cemented in the imaginations of millions when The Drifters went to the top of the charts with their song “Up On The Roof.”

Written by the great Carole King and Gerry Goffin, the lyrics of that hit song set the mood, saying, “When this old world starts getting me down, and people are just too much for me to face, I climb way up to the top of the stairs, and all my cares just drift right into space, Up on the roof, where it’s peaceful as can be, And there, the world below can’t bother me.”

That experience is now possible in Boone as, weather permitting, the search for live music on Sunday nights often leads to the new Rooftop Lounge at the Horton Hotel on King Street.

Beginning a long, overdue trend that will surely encourage more rooftop restaurants and bars to open in the future, the sights and sounds up top are sweet and fun, and so is the live music.

On Sunday, Aug. 18, the Rooftop Lounge will feature new blood on the local music scene as Raleigh-based singer and songwriter Elle Hodges makes a return trip to the High Country.

Hodges, 19, grew up in a neighborhood just five miles or so from downtown Raleigh. She began to write songs about five years ago and has begun to share her talent with the rest of the world.

“I have been here my whole life,” said Hodges. “I really think that everything is booming here in Raleigh right now. We have so many cool restaurants and new places popping up. If you just look around, there is development everywhere. So, we are definitely on the up and up, I would say. For instance, I love Beasley’s Chicken and Honey restaurant, I went there the other day, and I work at Brewery Bhavana, which is another cool place to check out downtown.”

Fortunately for Hodges, there were people in her immediate family that could play music.

“I took guitar lessons when I was in 5th grade for a year, but I then dropped it,” said Hodges. “I took the guitar up again about 8th grade, and I self-taught myself the instrument by using the Internet and my own ears. My mother and my grandmother both play the piano, and they can both sing as well. So, I think I got a lot of my musical talent from them. They tried to put me on the piano when I was a kid, and I studied it for a couple of years. But, I didn’t like the straight classical approach that my teacher used when teaching me.”

Hodges began writing her own songs in her early teens, but when life got a little bit more serious a couple of years later, that is when she kicked her songwriting up a notch.

“That all happened about two years ago,” said Hodges. “Since then, I have been popping out some pretty good songs, in my opinion, at least. I opened up my eyes to a lot of aspects about myself and the world around me at that time. I completely got a new set of friends and came to terms with my real self and my sexuality and things like that. I became more true to myself, and I also went through some rough patches, so I went to my music side as a way of channeling the pain and trying to understand myself. I use music as my main therapy. I started to play at open mic nights and the songs started to come to me.”

During the years, Hodges has been influenced by artists such as Adele, Amy Winehouse, Angel Olsen and fellow North Carolina artists and friend Kate Rhudy, who has performed in Boone many times. Hodges is also influenced by her grandparents, whom have always shared their love of music and dance with her.

“My grandparents are super groovy and go on jazz cruises every year, and they love Motown music and all of that stuff,” said Hodges. “Music is a big part of their lives and their main idea of fun is to go out and dance. They are always playing music in the car and at dinner time. They took me to see an Earth, Wind and Fire concert when I was 15 and that was big. I loved it. It is good to see them be together for so long, and they still like to dance with each other.”

As Hodges comes to Boone, she is at a crossroads, deciding whether to stay in college or go out on the road as a full-time musician.

“I go to school now up north in Boston at Emerson College,” said Hodges. “Emerson works with the Berklee College of Music, which is part of the reason why I am going there. I need to do that because I want to learn about music theory because I have learned by ear up until now, and I can’t read music. I am in a new major called Business of Creative Enterprises, which focuses on creative industries using new technologies. Boone is beautiful, though, as you guys are very blessed up there. I’ve been up there about four or five times, and I am considering transferring to Appalachian State because I do love the mountains so much.”

Elle Hodges’ show on Aug. 18 is free and open to the public.