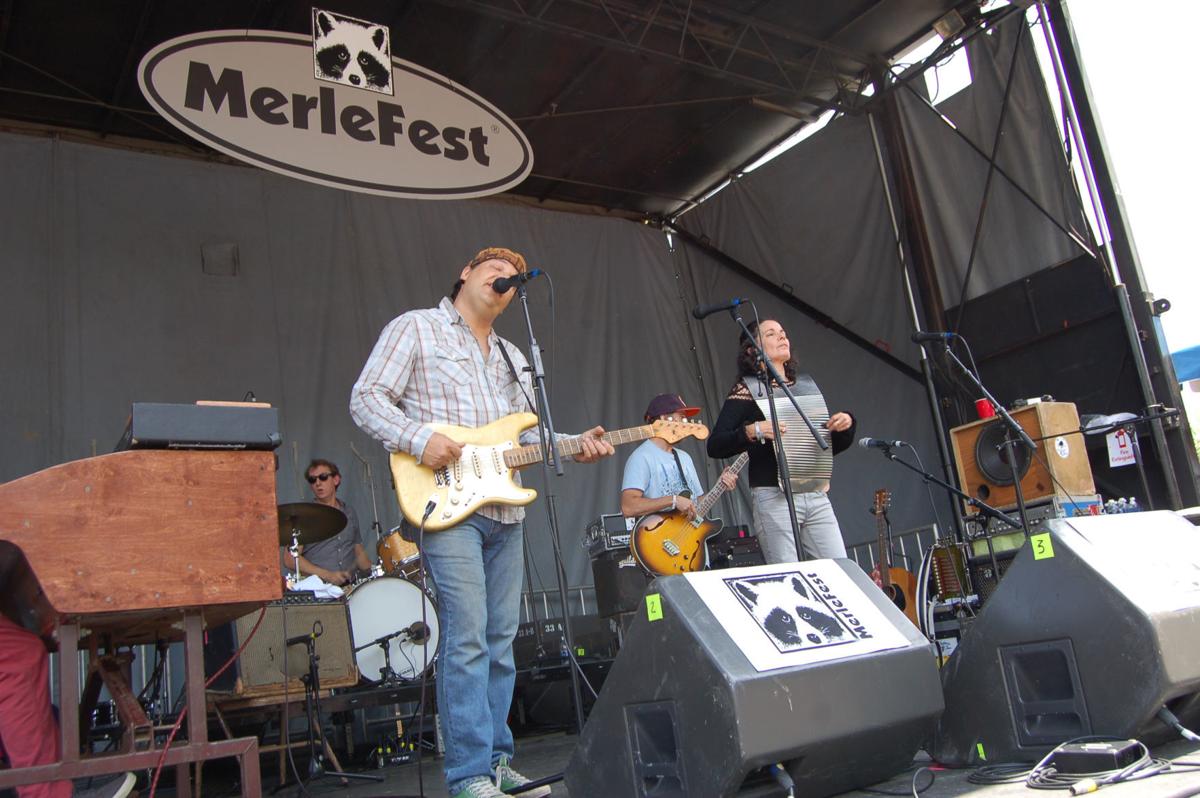 Jeb Puryear and Tara Nevins of Donna the Buffalo perform on the Americana Stage during MerleFest 2017. The band is set to return this week to MerleFest 2018. 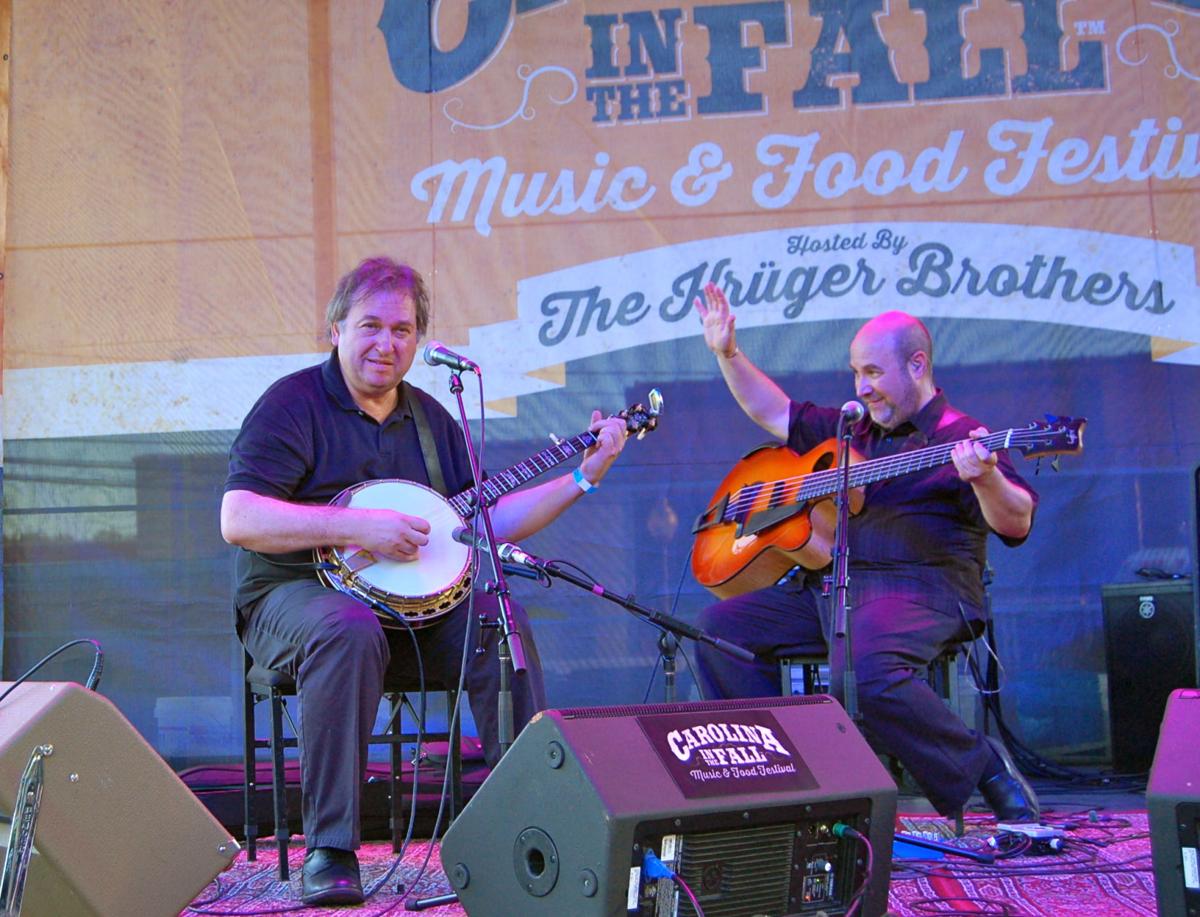 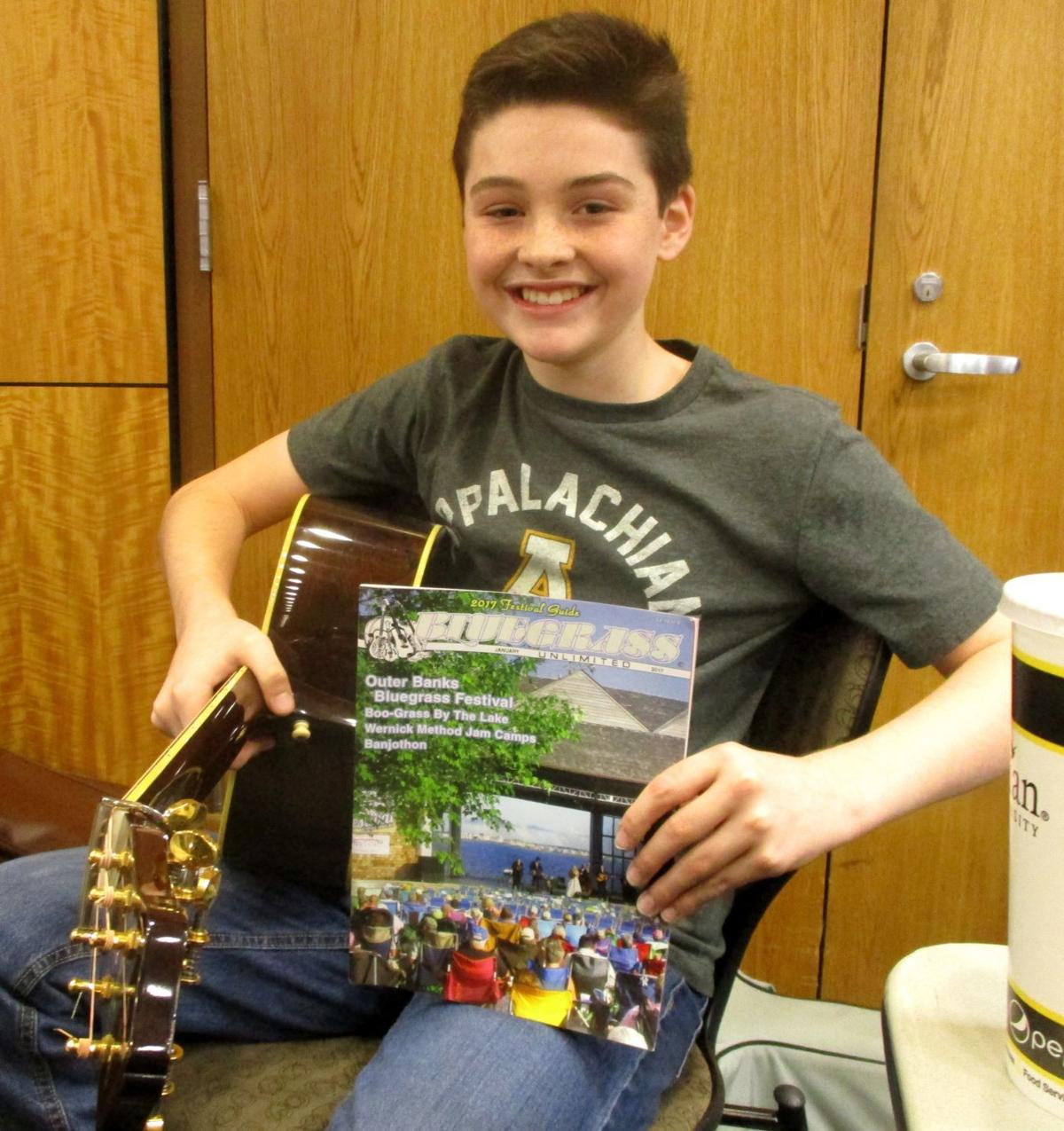 Young musician Presley Barker at the 2017’s Fiddlers Convention. Barker, 13, will perform at MerleFest 2018 this week. 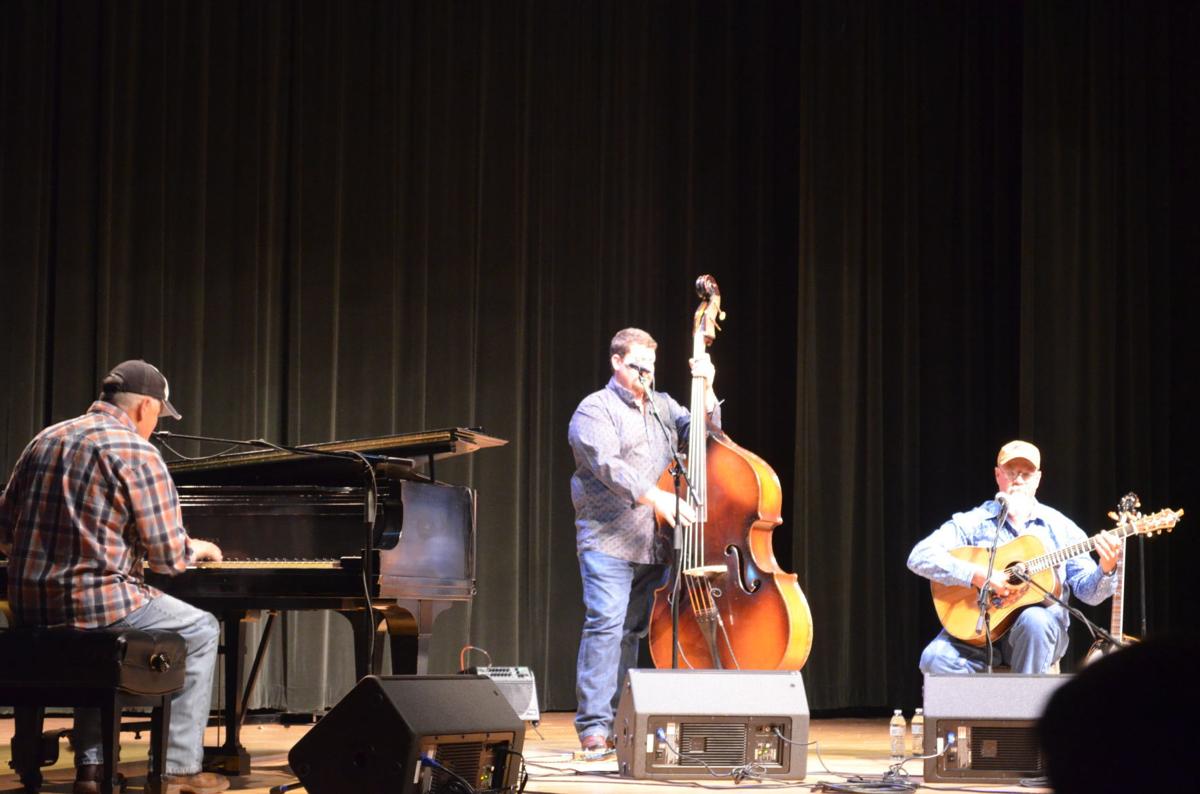 The Jeff Little Trio performed at the Ashe Civic Center. The trio consists of Jeff Little, Steve Lewis and Josh Scott. The group will play at MerleFest 2018. 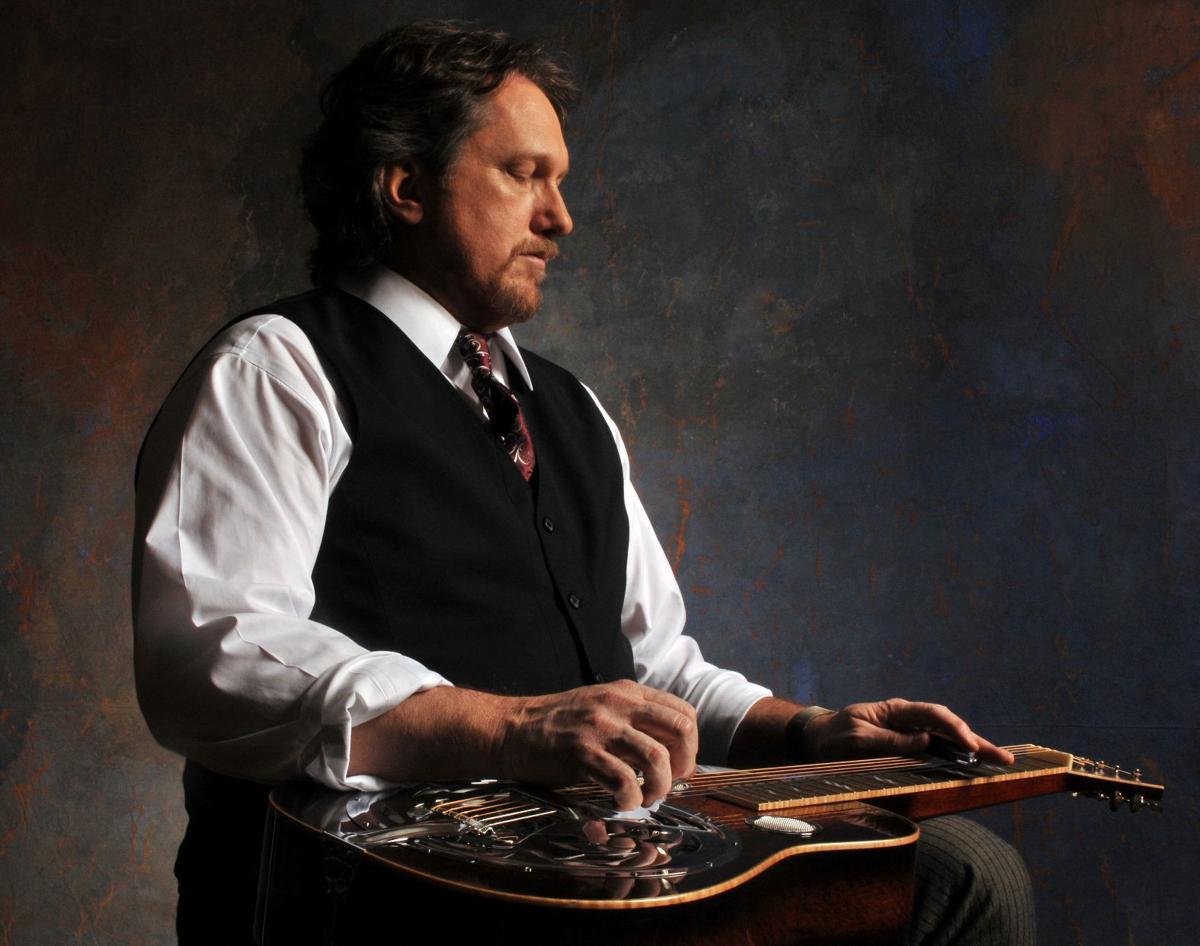 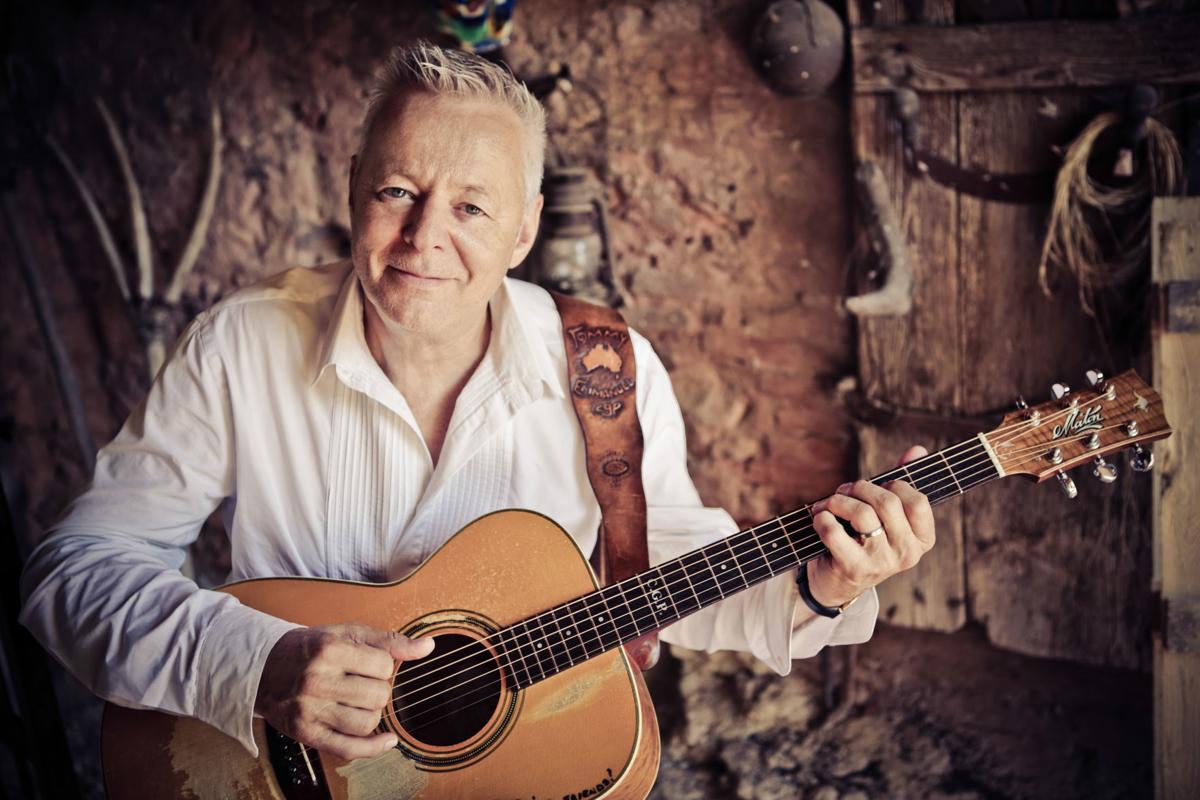 Guitarist Tommy Emmanuel will play MerleFest on April 28 on the main stage.

Jeb Puryear and Tara Nevins of Donna the Buffalo perform on the Americana Stage during MerleFest 2017. The band is set to return this week to MerleFest 2018.

Young musician Presley Barker at the 2017’s Fiddlers Convention. Barker, 13, will perform at MerleFest 2018 this week.

The Jeff Little Trio performed at the Ashe Civic Center. The trio consists of Jeff Little, Steve Lewis and Josh Scott. The group will play at MerleFest 2018.

Guitarist Tommy Emmanuel will play MerleFest on April 28 on the main stage.

Springtime in the High Country, around the nation and the world, brings a call to the campus of Wilkes Community College for the four-day event known as MerleFest. Taking place just 35 miles from Boone in N. Wilkesboro, the event will hit its peak with more than 14 stages of music to choose from as the festival unfolds.

On all four days, April 26 through 29, the diversity of acts and multiples stages dwindles down to just the main Watson Stage as night falls. There, headliners such as Jamey Johnson, the Steep Canyon Rangers with Steve Martin, Kris Kristofferson, the Sam Bush Band, The Mavericks, Rodney Crowell, Bela Fleck and Abigail Washburn, Jim Lauderdale with Buddy Miller and the North Mississippi Allstars, the Jerry Douglas Band with John Medeski and more all take the crowd’s full attention.

But as important as that stage is the focus on the collaborations and unique performances that might get lost among the multi-page schedule and more than 100 acts to choose from on the bill. So, let’s get started and go from day to day.

As with all MerleFests, come prepared with easy carry camp chairs, large trash bags to cover those chairs with should it rain while you are walking around, and a rain poncho and coat or sweatshirts for the occasional cool breezes during the day and night. As always, be cheerful in all weathers and enjoy the tunes.

Thursday is a light day as the festival opens with only three stages in action. The afternoon acts to seek out include the Kruger Brothers on the Watson Stage at 3 p.m. and the over-the-top blues fun of Shinyribs on the Watson Stage at 4:15 p.m. During and after the main acts play, be sure and sneak away to the Dance Tent where Donna The Buffalo will be throwing down their now-legendary annual MerleFest dance party that takes place from 9:45 to 11 p.m. Be prepared to shake it.

On Friday, many more stages come to life at MerleFest and there will be a lot to choose from as the day progresses. Here are some acts to look for as you wander around. One tip is to set up your camp chair by the main Watson Stage when you first get there and then walk to the other stages to explore the music.

For the early risers on Friday, there is good music to soak up beginning with Cathy Fink and Marcy Marxer on the Creekside Stage at 9:30 a.m., soon followed by the wonderful progressive roots music group The Barefoot Movement on the Watson Stage at 10:15 a.m. For those who like a dynamic blend of traditional Celtic music and Celtic Rock, the Piper Jones band will be rocking on the Hillside Stage at 12:15 p.m. to get the afternoon started. Piper Jones will also make another appearance later in the day when they rock the Dance Tent at 5:15 p.m.

At 1:15 p.m. on Friday, Pete Wernick’s Flexigrass band will host a super jam on the Creekside Stage where they will be joined by Rob Ickes and Trey Hensley, the Lonely Hearts String Band, Rosie the Riveter and Wilkes County’s own 13-year-old guitar phenom Presley Barker. Barker will also play with Virginia guitar great Wayne Henderson at the Traditional Stage at 4:30 p.m.

At 4 p.m., Donna The Buffalo will be back at it, this time collaborating with the legendary Peter Rowan on the Hillside Stage. That will soon be followed by what will be a truly unique matchup; the award-winning bluegrass band Balsam Range will perform with the Atlanta Pops Orchestra. Also look for Asheville’s awesome contemporary bluegrass group Fireside Collective who will be playing in the Dance Tent for the first time ever at 6:30 p.m.

Saturday is when MerleFest hits its zenith and there will be much to take in. From walking through the rows of arts and craft tents to eating good food to walking from stage to stage with no plan other than find an act you have never seen before, just let it flow. For those who want to keep moving, however, here are some tips.

On the Plaza Stage, be sure to drop in on the annual MerleFest Band Contest from 9:45 a.m. to 3:45 p.m. where groups such as Brynmor, Horsemen Let’s Ride, Hummingbird Crossing and others try to win first place and a chance to do a set on the main Watson Stage.

The jams really begin to heat up as the afternoon comes into view. At 2 p.m. on the Creekside Stage, the annual Mando Mania jam takes place with mandolin pickers who include Sam Bush, Tony Williamson, Andrew Marlin, Bob Applebaum, Stephen Mougin, Tommy Norris and Andrew Collins. After that show ends, it is back to the Hillside Stage for the All-star MerleFest Reunion Jam featuring Jerry Douglas, Sam Bush, Bela Fleck, Bryan Sutton, John Cowan and more special guests.

That is followed by the annual Hillside Album Hour, a much-anticipated musical soirée hosted by The Waybacks where even more special guests show up to recreate an album from the classic rock era that remains a secret until the first notes are played.

Other acts to watch for on Saturday include Tommy Emmanuel and Jerry Douglas playing a powerhouse duo set at 6:15 p.m., and Town Mountain fanning the flames in the Dance Tent at 7:45 with their Saturday Night Barn Dance.

Sunday is a quieter day at MerleFest with smaller crowds and more space. Yet, this year’s Sunday lineup is exceptional. Early morning acts include We Banjo Three, Alison Brown, Joe Mullins and the Radio Ramblers doing a gospel set, blues music by Roy Bookbinder and special guests, shape note singing with Laura Boosinger, a Women Who Sing Traditional Music set by Carol Rifkin and many special guests, and a mid-morning groove party by Donna The Buffalo.

As Sunday afternoon unfolds, Paul Thorn will host a joyous and uplifting set of rocking gospel music with special guests the Blind Boys From Alabama and the McCrary Sisters. Frank Solivan and Dirty Kitchen will also play an afternoon set as things lead to the headliners of the day and the end of the festival at 5:30 p.m.

By the end of MerleFest, your head will be filled with sights and sounds that will remain as memories for years to come.