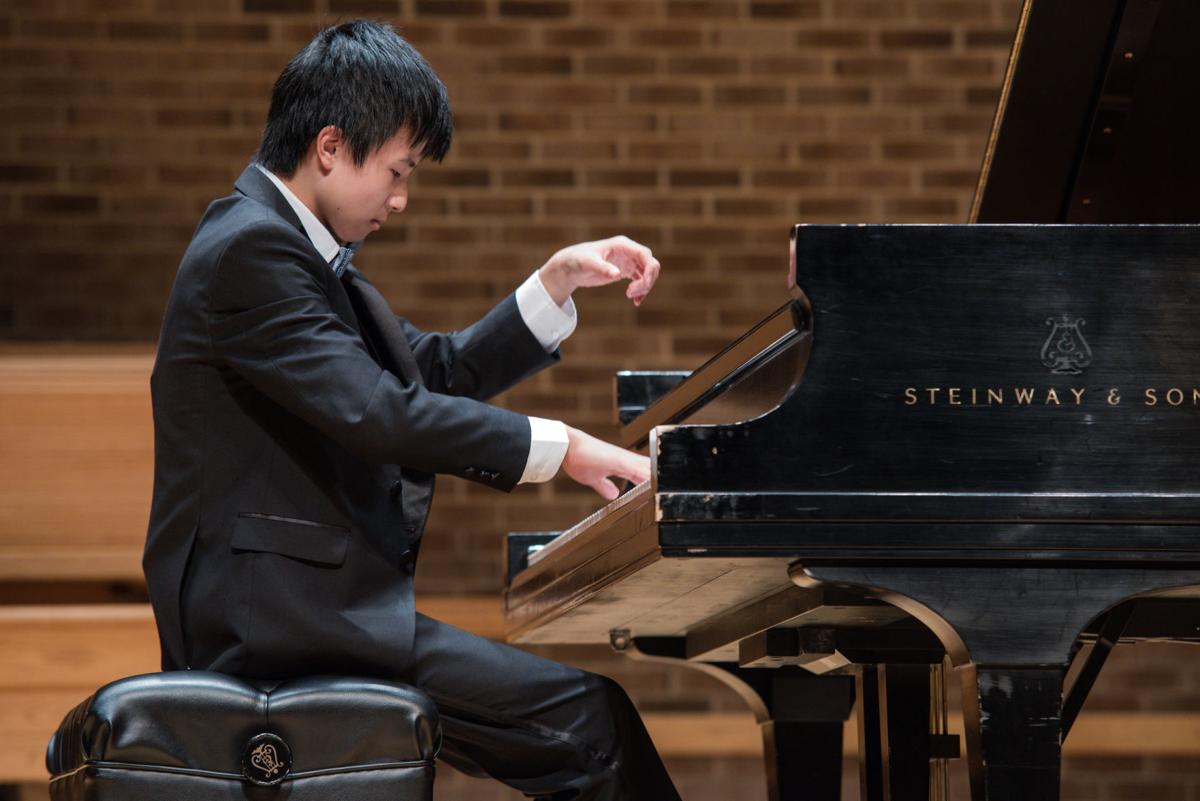 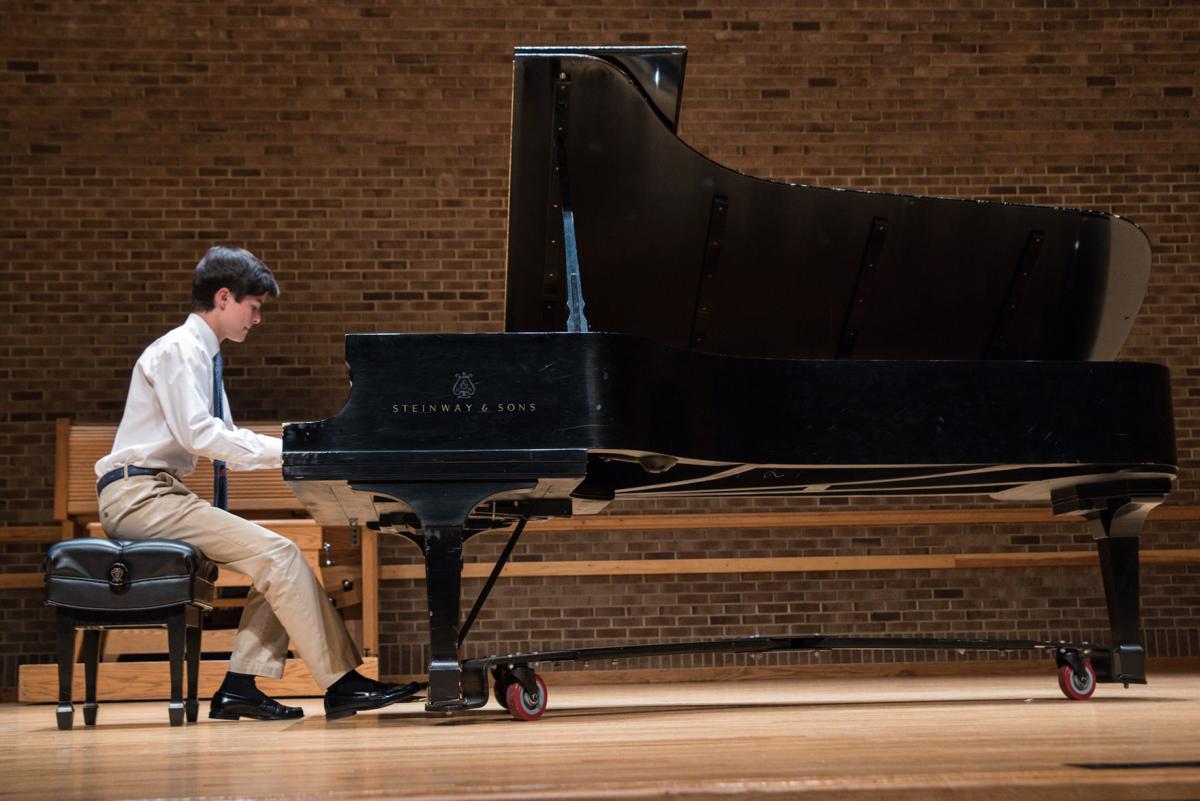 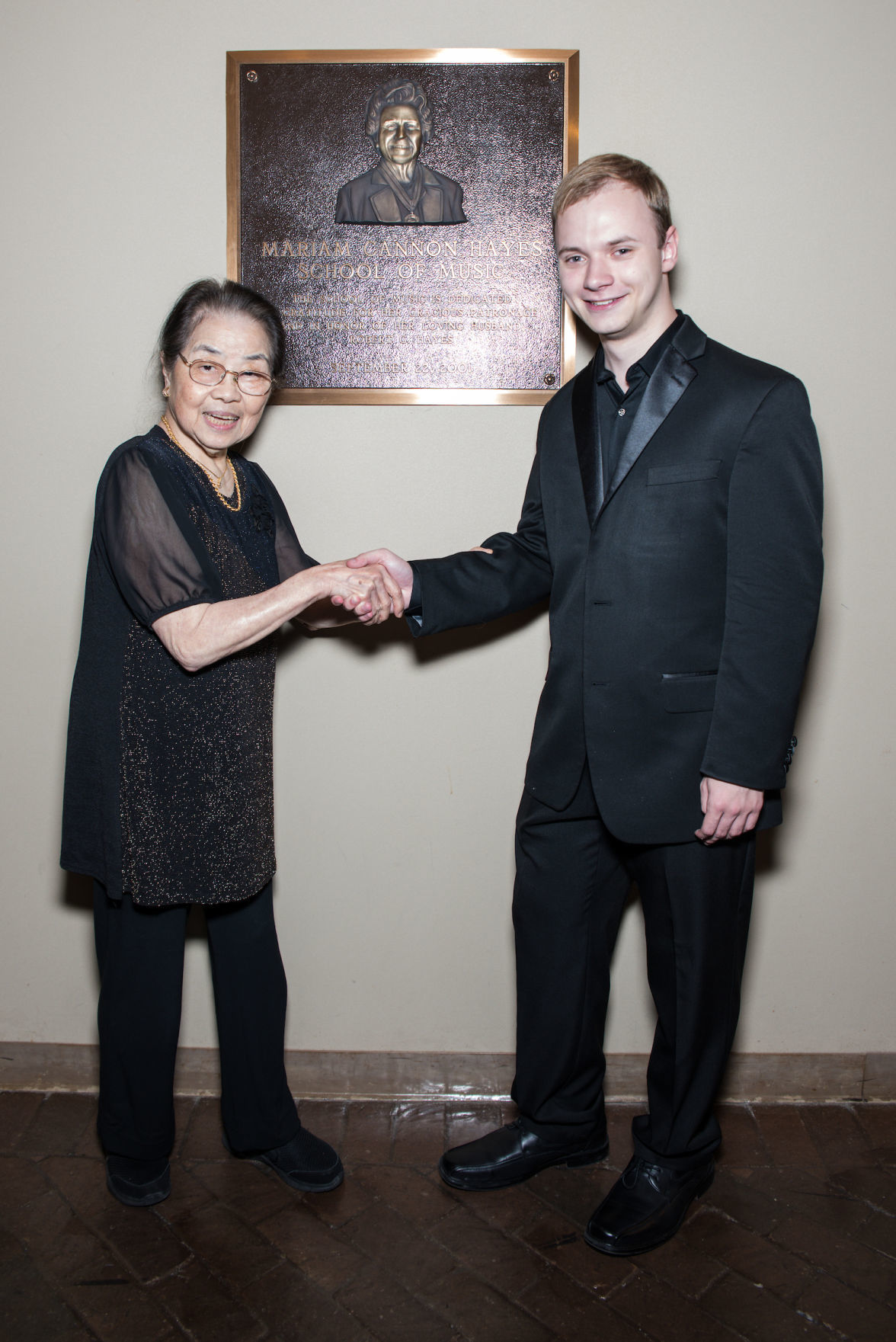 At the conclusion of the day’s event was a Winners’ Showcase Concert where all six pianists performed a selection of their award-winning pieces.

Tavernier, a senior at Hendersonville High School, is a student of Douglas Weeks and John Cobb. Christopher made his orchestral debut at 13 years old and has since won multiple concerto competitions in North Carolina and Tennessee. Also a dedicated chamber musician, he performs frequently with the Rutherford Chamber Consort.

In addition, Tavernier has performed benefit concerts in support of the Mission Foundation’s “Ladies Night Out,” a collaboration of women helping women providing free health screenings for uninsured and underinsured women. Tavernier has also been featured on television and radio programs and has several CD recordings to his credit.

Trung Nguyen, a homeschooled sophomore from Leesburg, Va., has been playing the piano for nine years and is a student of Marjorie Lee. Trung has participated with excellence in many competitions, receiving honors and prizes in the Washington, D.C. area. In 2017, Nguyen represented West Virginia in the Junior Piano Performance category at the Music Teachers’ National Association Eastern Division in Boston. In addition to music, Trung is an accomplished chess player and fisherman.

Xu, a junior at Green Hope High School in Cary is a student of Florence Ko. Kevin has performed with the Winston Salem Symphony and won awards in both local, regional and international piano competitions. After winning the American Protégé Competition in 2017, Kevin was subsequently invited to perform at Weill Recital Hall at Carnegie Hall.

Tan Nguyen, homeschooled in Leesburg, Va., also studies with Marjorie Lee. Tan has been studying piano for eight years. He has won several competitions and will be performing the Saint-Saens’ Piano Conerto No. 2 in G minor with the Capital City Symphony next month. In addition to music, Tan loves bass fishing and playing basketball.

Carson Garcia, a senior at Charlotte Country Day School, is a student of Diane Higgins. Garcia is an award-winning pianist and composer and has performed solo and duet works numerous times in North Carolina, at the renowned Interlochen Center for the Arts in Michigan and at local community and senior centers throughout the year.

Rajagopal, a homeschooled sophomore from Old Fort and a student of Karen Boyd, has been playing piano for nine years. Rajagopal has performed many times in Asheville and other North Carolina venues, by invitation and as a result of receiving competition awards. In addition to piano, Dominic enjoys soccer, fishing, sketching, writing and movie making. His short special effects videos created with his elder brother have also earned him accolades.

“The level of competitors was extremely high,” said Hayes School of Music Dean James Douthit. “The winners’ concert will surely be a highlight of our performance year for the community. As we endeavor to transform our students’ passion for music into a profession for a lifetime, this event will extend that beyond our student body into the broader world of high school pianists. We are grateful to our sponsor, Lucy Chu, for her continued support of pianists and piano teachers across the globe. We are also delighted to also offer a full summer Cannon Music Camp Scholarship to one of our winners and look forward to the 2019 Competition.”

Boone resident and competition sponsor Lucy Chu said, “The Hayes School of Music Piano Competition has been one of the most gratifying projects that I have had the pleasure of being a part of in my many years of supporting the arts. It is wonderful to hear and meet these dedicated young pianists with such inspirational talent. I look forward to watching them develop as young artists in the future.”