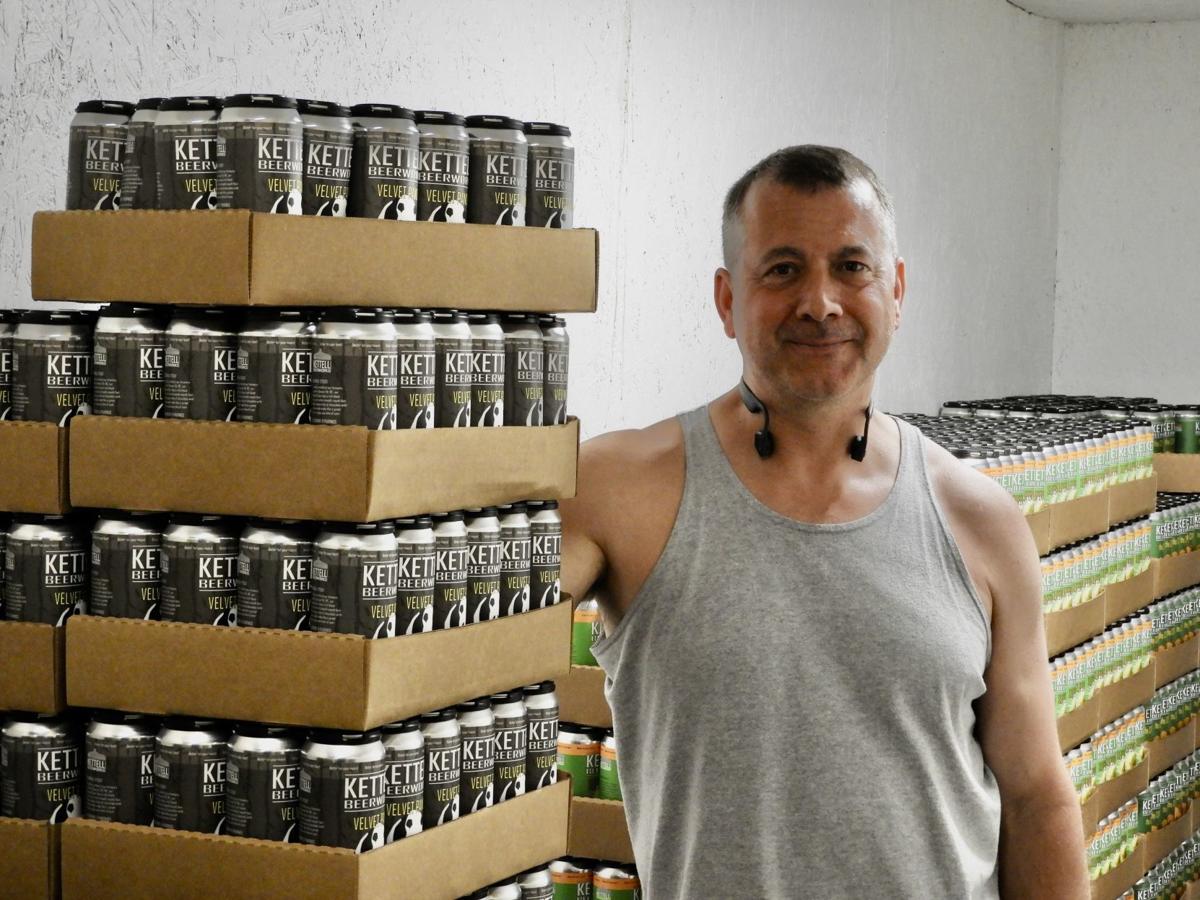 Kettell Beerworks owner Mark Ralston stands next to a towering stack of canned beer, which Ralston has focused on selling more of throughout the state-mandated shutdowns. 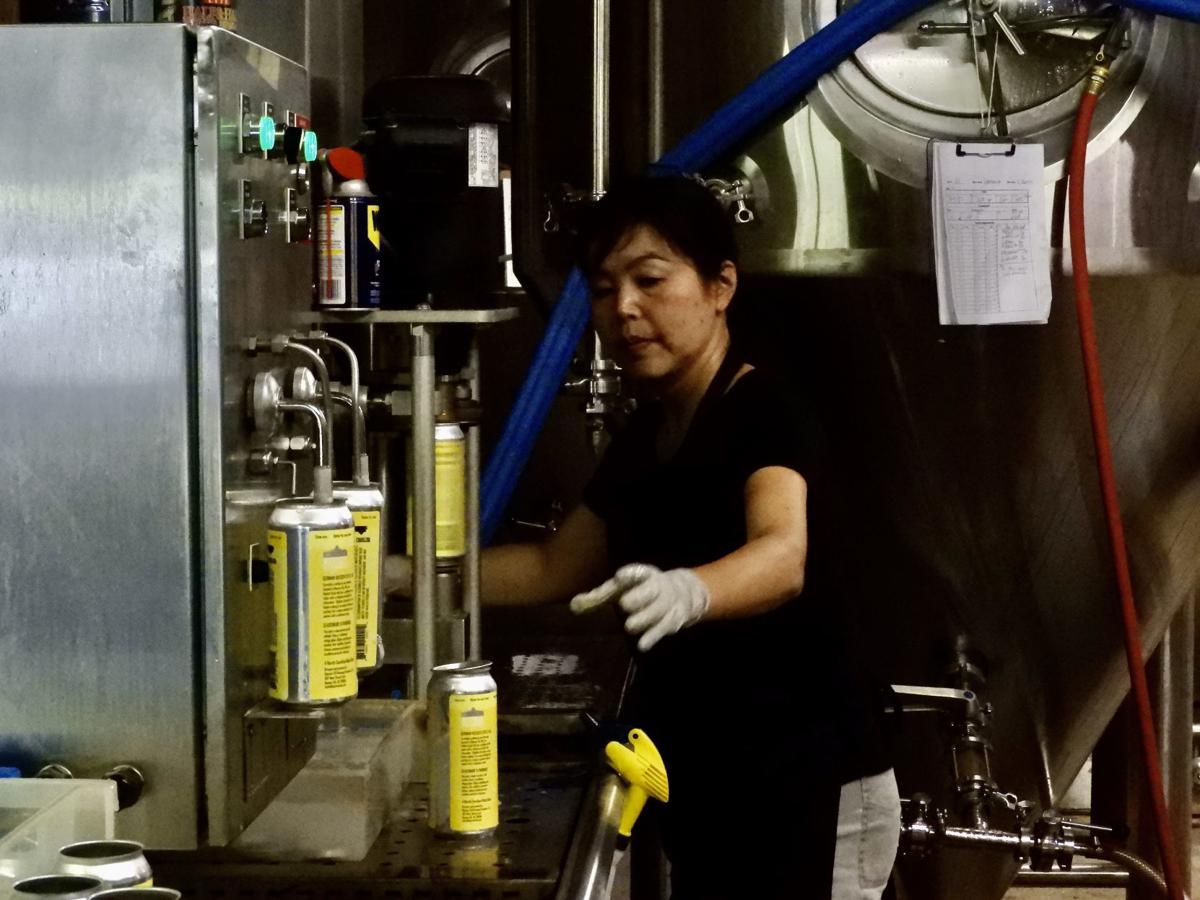 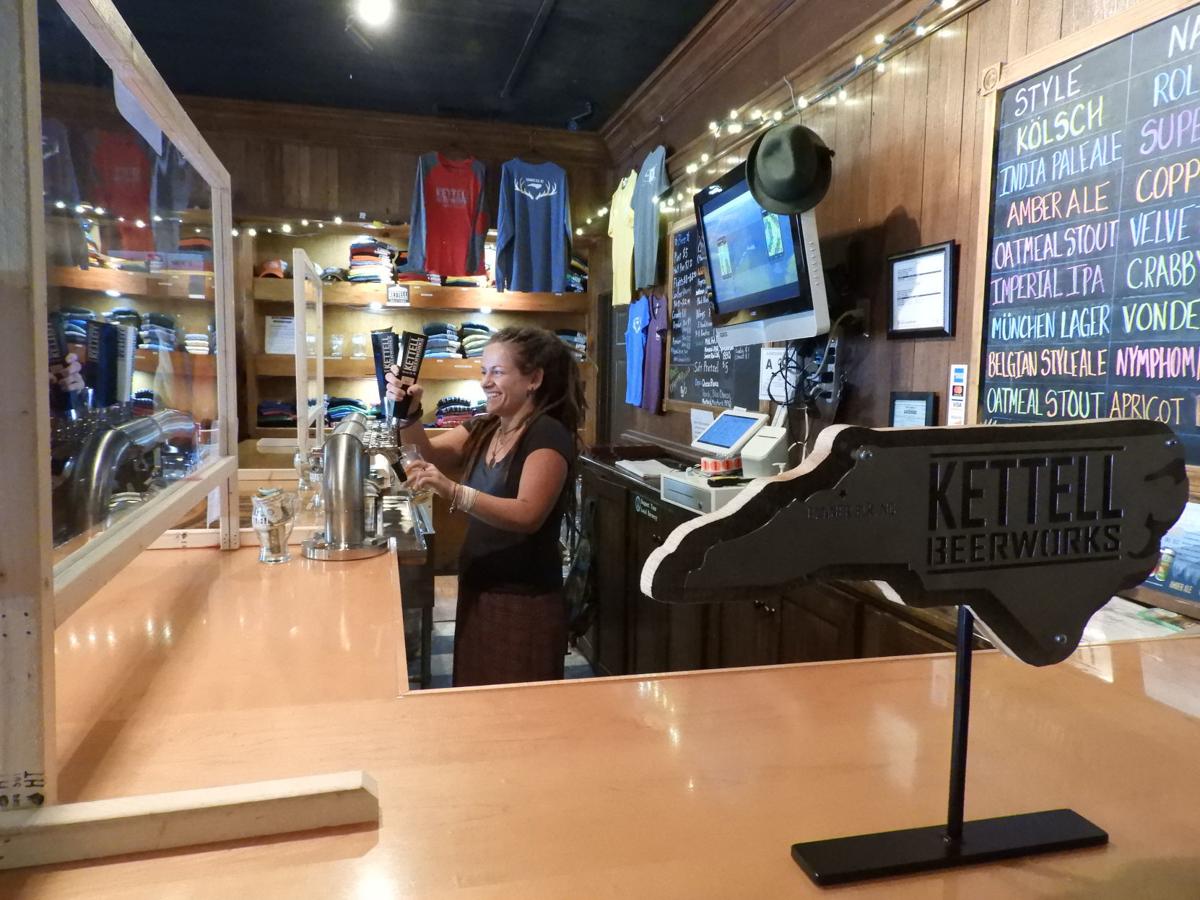 Kayleigh Wheeling pours a pint for a customer at Kettell Beerworks on Wednesday, June 3.

Kettell Beerworks owner Mark Ralston stands next to a towering stack of canned beer, which Ralston has focused on selling more of throughout the state-mandated shutdowns.

Kayleigh Wheeling pours a pint for a customer at Kettell Beerworks on Wednesday, June 3.

BANNER ELK — Avery County’s only current brewery, Kettell Beerworks, is up and running again thanks to the lifting of regulations on breweries, wineries and distilleries across the state.

While there was some confusion as to whether businesses such as Kettell Beerworks could open its doors once more as part of phase two of Gov. Cooper’s reopening strategy, it took some lobbying by the NC Craft Brewers Guild to ultimately convince the governor to give the go-ahead to the state’s approximately 300 breweries.

However, some breweries are unable to open its taproom to customers. Section eight of Executive Order 141 reiterates that entertainment venues, fitness facilities and bars must remain closed. Fortunately, for Mark Ralston, brewer and owner of Kettell Beerworks, he has a full menu available to craft beer connoisseurs, which has allowed him to open his doors to in-person customers with the required social distancing measures put in place.

“We’re open now four days a week, brewing again and we’ve got other restaurants buying kegged beer. Cans are still going. We’re only at 50 percent capacity inside like the restaurants, so we’ve had to put tables outside and spread things out. It’s better than nothing,” Ralston said.

Ralston said that he and other local restaurants are having trouble attracting workers back into employment due to workers expressing caution about being engaged with the public, and due to the fact that people are making more on unemployment than they would be holding down a job. Ralston himself is looking for another bartender to cover shifts early in the week.

Kettell Beerworks has been focused more on distributing its canned beer to bottle shops and grocery stores. The brewer has eight beers on tap with two additional beers, OktoberFest and Alpine Rush, which are brewed seasonally.

“Kudos out to our local Lowes Foods and Food Lion. They’ve really been good about getting us some presence there locally saying, ‘Hey, we want to make sure the local brewery survives,’” Ralston said.

Kettell Beerworks brews its beer on a 20-barrel, steam-driven system. The brewery is family friendly and pets are allowed as long as they stay on the front porch. Games such as shuffleboard, arcade games including pinball and other board games are included inside.

In the spring of 2017, Mark and Yumiko Ralston purchased the brewery and renamed it Kettell Beerworks in ode to the family name, which goes back generations and means kettle or cauldron.

“Every year for Thanksgiving we would find a cabin in North Carolina for our extended families to meet and spend the holiday. We fell in love with Banner Elk, and after testing the excellent mountain water quality we knew we could make superior beer here,” Ralston said.