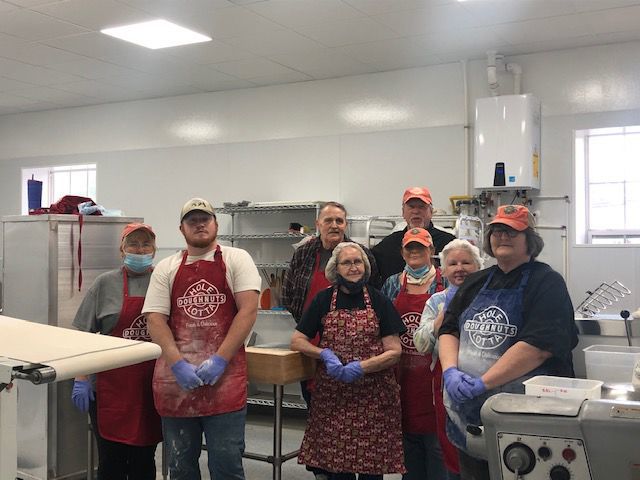 The staff of Hole Lotta Doughnuts. 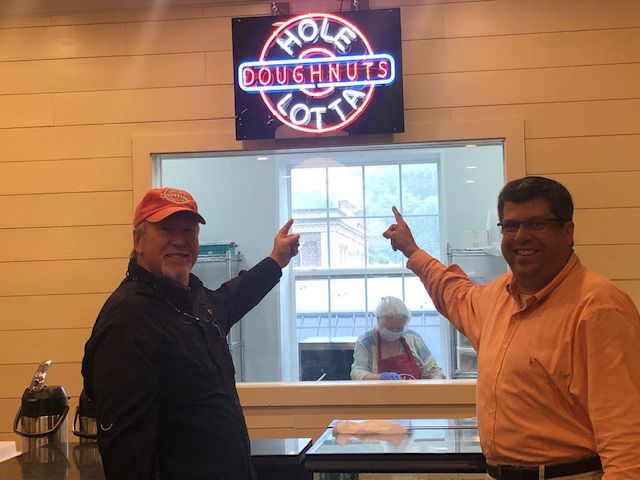 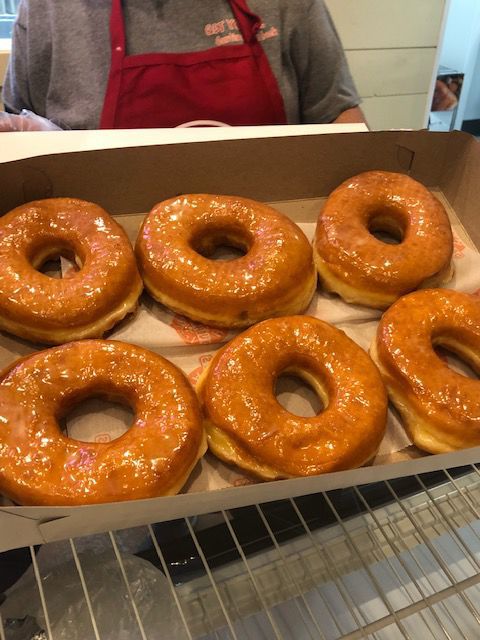 The staff of Hole Lotta Doughnuts.

The new spot is right behind Boondocks Brewing Taproom & Restaurant on Backstreet.

“We were overwhelmed with the support of the Ashe County community. It exceeded every expectation we ever had,” co-owner Mark Holland said. “Even though it was only take-out, and we had a limited menu, we couldn’t be more thankful for the support we received.”

Holland said people from Winston-Salem, Charlotte, Knoxville, Virginia and many other locations came in the business’s first few days of operation.

While the rain could have ruined their wait for doughnuts, the restaurant’s wooden overhang helped keep the area dry. The same patio area was the cause for the opening’s delay, which was initially planned for January.

“We had a couple pieces of equipment that didn’t want to cooperate, we had a leak, and I just told everyone, ‘We’re at a new place, we’ll overcome it,’” co-owner Butch Phillips said. “We were so blessed with the outpouring of support, and we had people coming for hours after we were open.”

Some of that support came from other local business owners, Phillips said. He added that other owners had been stopping by, bringing gifts and giving the new location a warm welcome.

Originally opened at the beginning of 2019 on N.C. 194 just outside of town, Hole Lotta Doughnuts has continued to capture the county’s imagination with their large doughnuts and tasty treats, which has led to many asking Phillips when the new location would finally open.

The new location is the first of three planned sites to open in 2020. According to owner Butch Phillips, they plan to bring Hole Lotta Doughnuts to Lenoir, with a drive-thru and twice the space. Another location on King Street in Boone is also in the works.

Hole Lotta Doughnuts is open from Wednesday through Saturday from 7 a.m. until 2 p.m. Phillips said the plan is to progressively expand the hours as the summer rolls in.