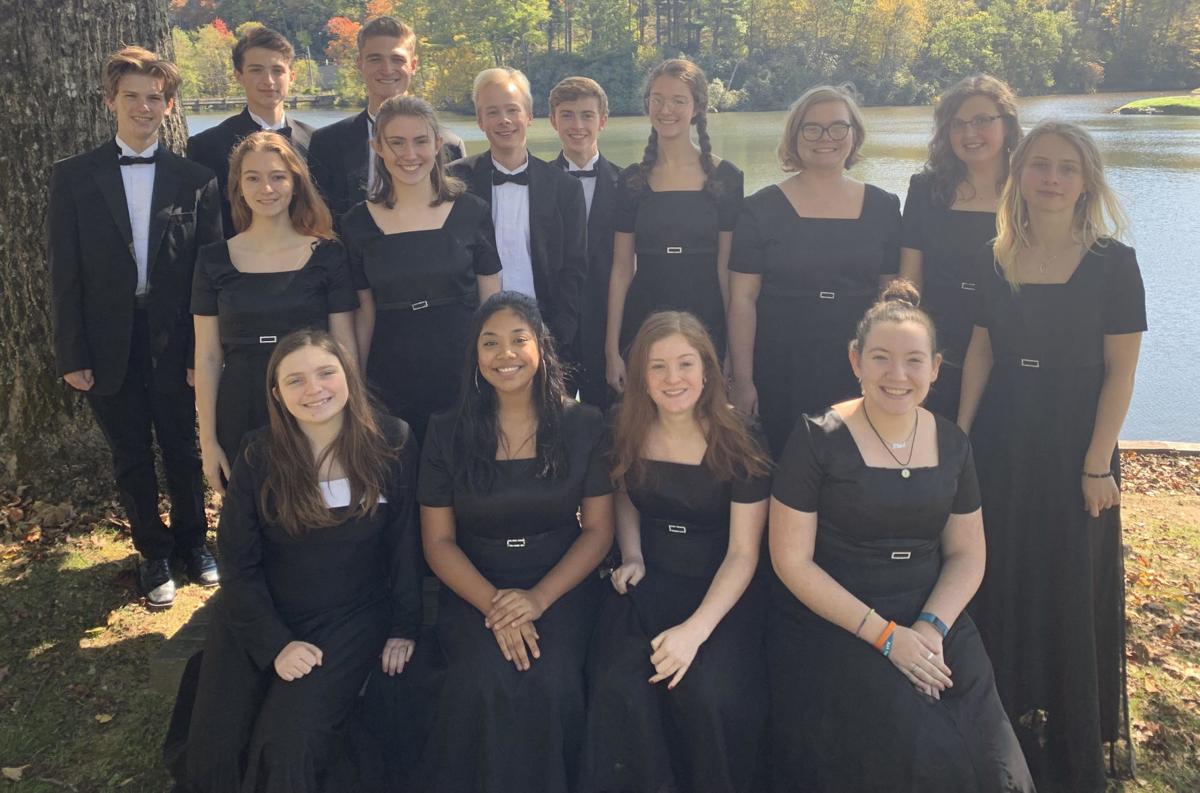 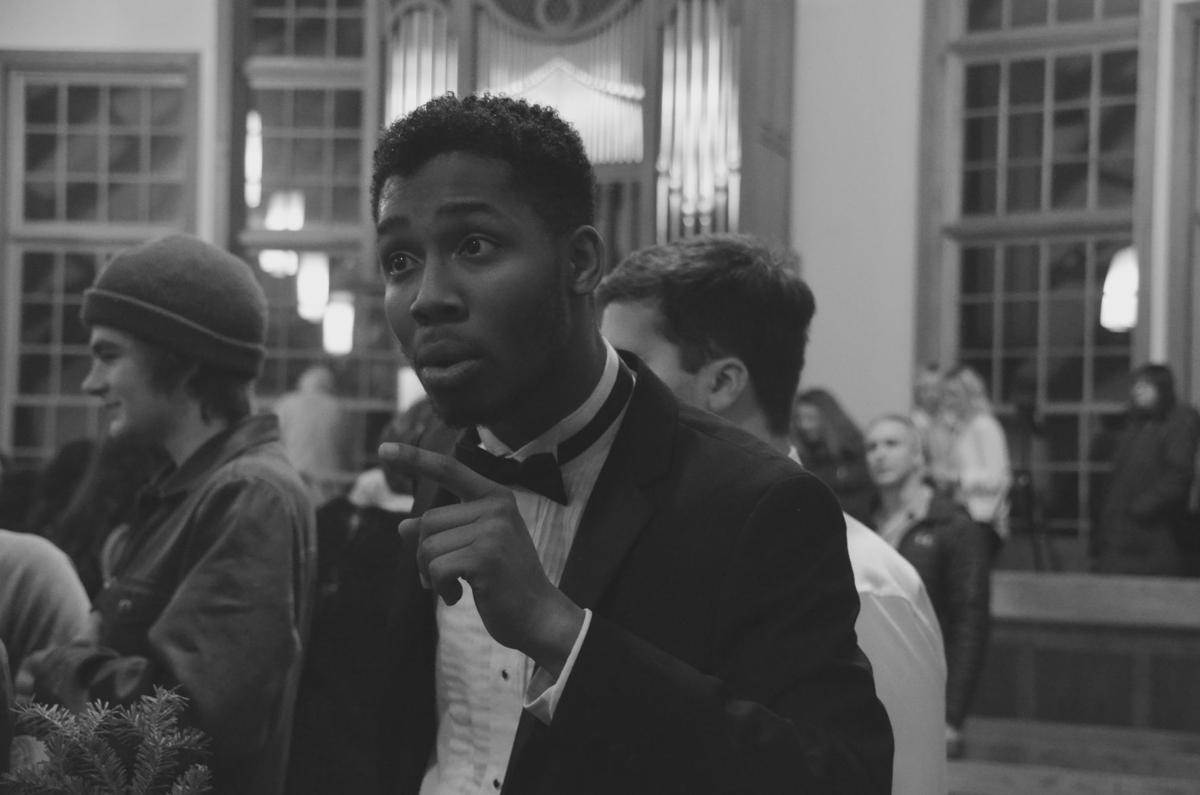 Brandon Winbush is the choral conductor at Watauga High School.

Brandon Winbush is the choral conductor at Watauga High School.

A group of Watauga High School students have the opportunity for an “experience of a lifetime” by joining other singers to perform at Carnegie Hall in New York in the spring, according to WHS Choral Director Brandon Winbush.

The WHS Women’s and Honors Choirs have been invited to perform alongside numerous other choirs as well as a professional orchestra and conductors. Winbush learned about the opportunity in December 2018 and broke the news to his choir students after a concert, and said the student’s gleeful reactions were “priceless.” The students are now fundraising to be able to participate in the venture.

The WHS choir students were invited to participate by Steve Hopkins, a professor and director of choral activities at Appalachian State University. Hopkins said MidAmerica Productions — an independent producer of choral concerts in Carnegie Hall — invites conductors to perform at the space. MidAmerica provides the orchestra for the conductors, and in turn the conductors provide the choir singers.

In order to have the approximate 120 or so singers needed for the event, conductors will invite multiple choirs from across the nation to participate. As Hopkins has worked at App State for 27 years, he said he decided to reach out to alumni of the Hayes School of Music to participate in the performance with him.

Winbush is a 2017 graduate of App State and in his third year as the choral director at WHS. He said the music department has been thriving, and he’s been fortunate enough to work with talented students. The women’s and honors choirs perform at various events — such as the Festive First Friday tree lighting — and frequent schools and churches for concerts.

“I’m very proud because their hard work has led them to receive opportunities like (performing at Carnegie Hall),” Winbush said. “I don’t foresee it being the last opportunity that they are afforded on this level.”

The students will be in New York over Easter weekend in the coming year, with the performance on Easter Day (April 12).

WHS students will also join choir students from Wilkes Central High School, App State alumni and other singers from California. Hopkins will be leading a piece called Missa Brevis by composer Wolfgang Amadeus Mozart, and another conductor from California will be conducting a few pieces by composer Mark Hayes. Winbush said the show may last 45 minutes to an hour.

While Hopkins has been invited to conduct at Carnegie Hall before, this will be his first time actually being able to do so. The performances require a certain number of performances, and Hopkins said the opportunity never could quite “work out” before. He said he’s excited he finally is able to participate, as it’s a “remember-for-the-rest-of-your-life kind of experience.”

The students have been rehearsing for the performance during the school day. Winbush said the honors and women’s choirs practice during class time, and typically meet every other day for about an hour and 20 minutes. The group usually starts by warming up their voices with exercises for breath control, vocal range and intonation.

“For such a large group it’s important to sound as one voice and all be in tune with one another,” Winbush said. “A lot of our exercises at the beginning of class have to do with creating a full and resonate sound.”

The class will then practice four to seven pieces during class, sometimes having larger group rehearsals or splitting up into groups based on vocal range — such as alto or soprano. Each section has a leader appointed by Winbush who have demonstrated responsibility and a passion for music. Student leaders collaborate with Winbush and think critically about the sound to enhance its quality. The group has eight section leaders, with some pieces separated into 16 vocal range parts.

Winbush said when he came to WHS one of his goals was to make student leadership a priority. While Winbush started playing piano by age 4 or 5, he said he hadn’t really given much thought to making music his career until high school. His high school choral director afforded him the opportunity to lead rehearsals, accompany the choir on the piano and even sometimes conduct a few pieces.

“If a student has shown great promise in an area, allowing them to explore that area as much as they can is so important,” Winbush said. “I received those opportunities, so I believe I have to pay it forward and make sure our students also receive the same opportunities.”

Of the roughly 70 students involved in the school’s honors and women’s choirs, Winbush predicted that 40 to 60 students may perform at Carnegie Hall — others may be unable to do so due to conflicts. Winbush said the choirs have been focusing on fundraising for the trip.

If the school was able to take all 70 students, it’s estimated the trip could cost around $115,000 — covering travel costs as well as room and board, Winbush said. Winbush said the goal is to raise money to lessen the burden on each family that is able to attend. To donate, visit www.gofundme.com/f/help-whs-choir-sing-at-carnegie-hall.

“When one contributes to or invests in the future and experiences of a young person, the result is always good,” Winbush said. “I do thank this community for what it has done for its students. I hope they continue to see the value in what the students are learning and achieving, and hope people will feel led to help these students to reach this goal.”