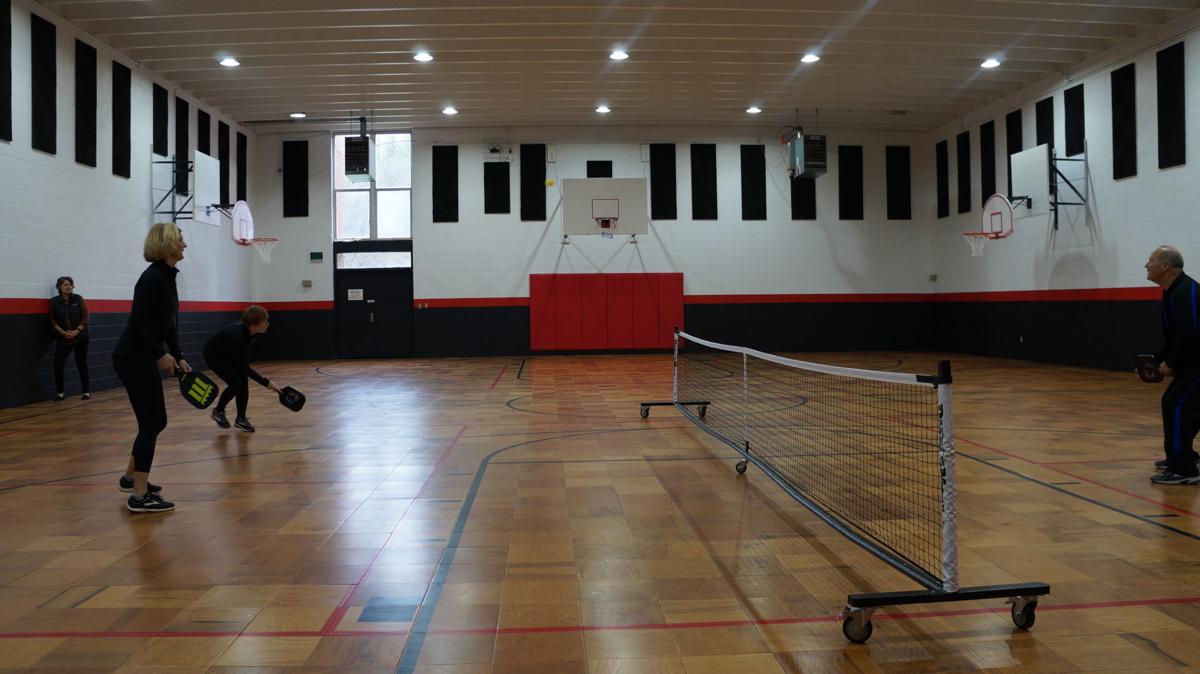 Guests at the ceremony enjoyed a Pickleball demonstration after hearing information about the history of the game. From Left: Cindy Price, Sheila Ahrens and Dave Ahrens. 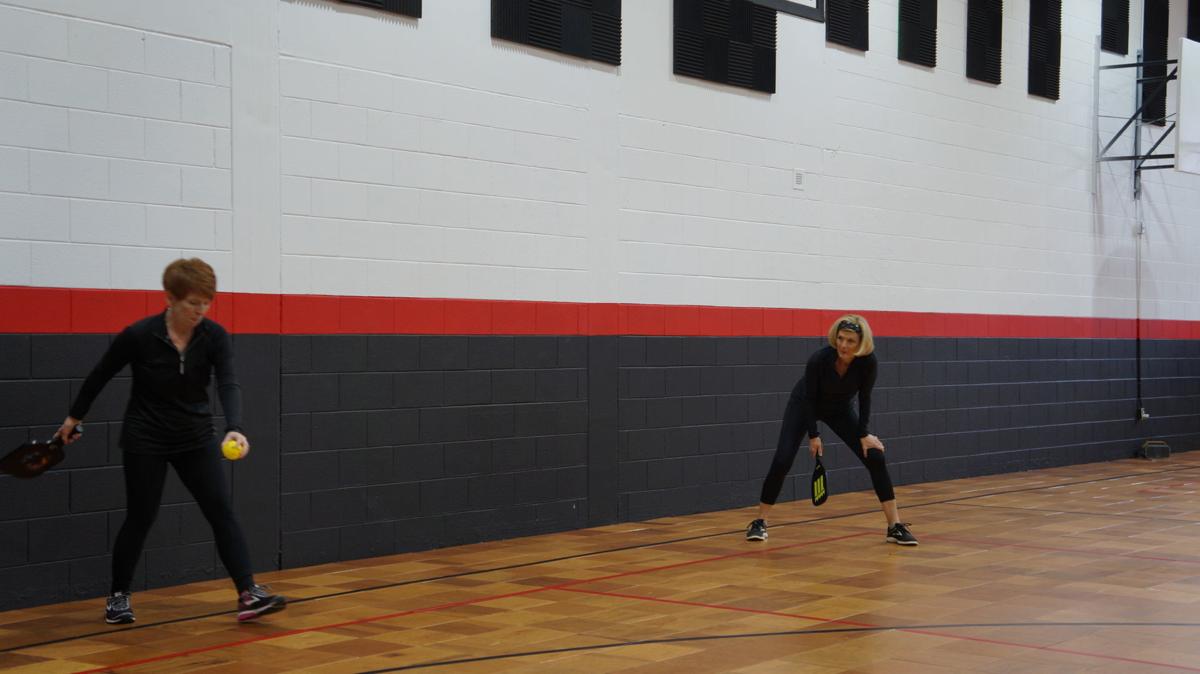 From Left: Sheila Ahrens and Cindy Price demonstrate how to play Pickleball during the event on March 14. 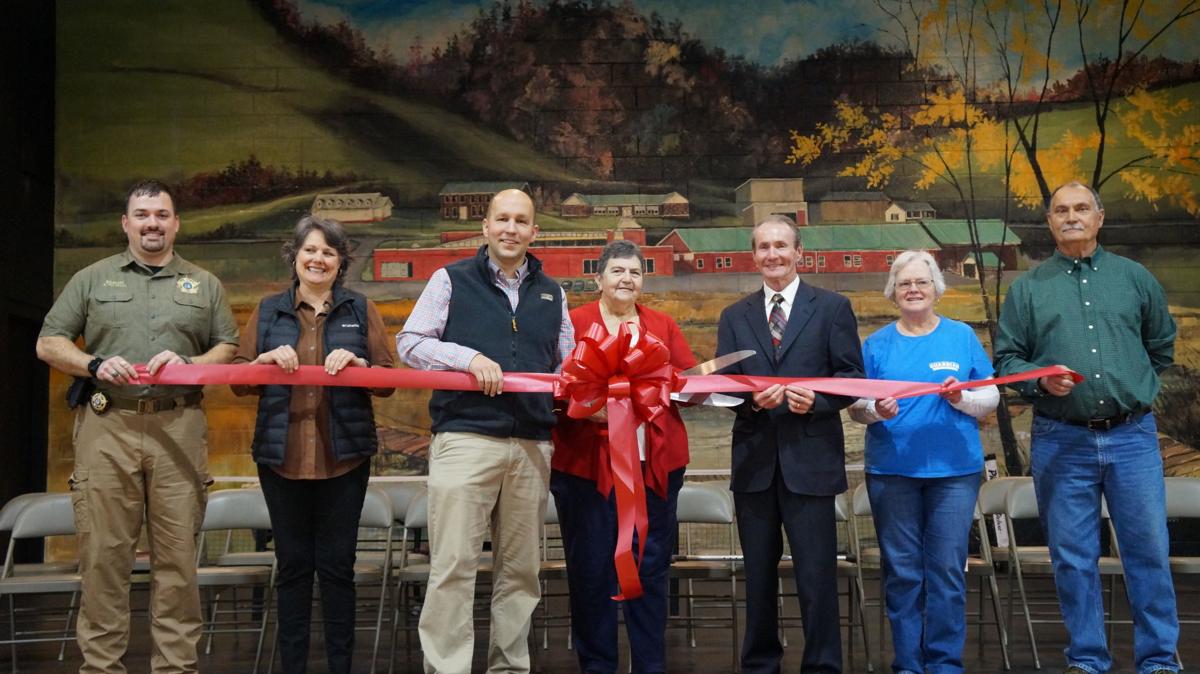 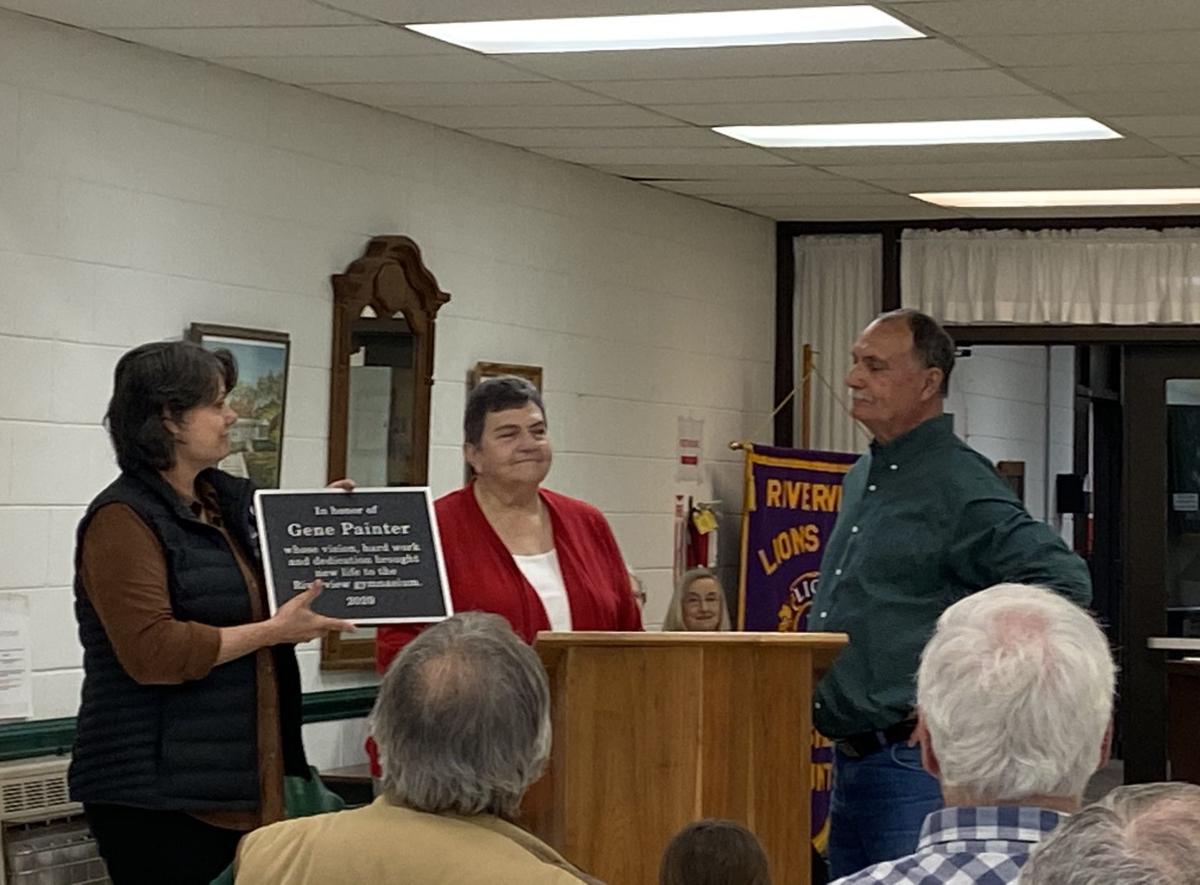 From Left: RCC board member Laura Dye, RCC Chairwoman Carol Pennington and Gene Painter. Painter was presented with this plaque to honor his hard work and dedication. He served as the inspiration for the renovation efforts and led the group of volunteers whose hard work transformed RCC from abandoned to operational.

Guests at the ceremony enjoyed a Pickleball demonstration after hearing information about the history of the game. From Left: Cindy Price, Sheila Ahrens and Dave Ahrens.

From Left: Sheila Ahrens and Cindy Price demonstrate how to play Pickleball during the event on March 14.

From Left: RCC board member Laura Dye, RCC Chairwoman Carol Pennington and Gene Painter. Painter was presented with this plaque to honor his hard work and dedication. He served as the inspiration for the renovation efforts and led the group of volunteers whose hard work transformed RCC from abandoned to operational.

CRESTON — Nearly a century after first opening its doors to the community in 1924, Riverview School celebrated the beginning of a new era. Community members from across the county gathered in Creston for the Grand Opening ceremony of Riverview Community Center’s newly remodeled gymnasium on March 14.

Festivities began at noon with doors opening at 11 a.m. for all in attendance to mingle and explore all of the amenities Riverview offers including the gym, banquet hall and thrift shop.

The crowd gathered in the banquet hall while they learned about Riverview Community Center’s extensive history, presented by Chairwoman Carol Pennington.

Brochures were handed out containing details about the center’s timeline of events.

In 1924, Riverview School came to Ashe County with the consolidation of the Creston, Clifton and Willow Grove schools. At that time, it was a rock building with four classrooms and an auditorium. During the years, other buildings were added including a gymnasium, agricultural building and cafeteria on the upper side of the highway. In 1940, the boys’ basketball team won the state championship and put Riverview School and the community of Fig on the map. A decade later, in 1953 a significant expansion led to the construction of a new brick building below the highway to house high school students and contained 10 classrooms, a library and principal’s office.

In 1964, the old wooden gymnasium burned down and the fire is believed to have been caused by a pot-belly stove. The following year, Riverview School lost its high school students in grades 9-12 to consolidation along with Lansing School when Northwest Ashe High School opened. Almost a decade later, in 1971 a new gymnasium was constructed at Riverview as an addition to the brick school building below the highway to replace the gym that burned down in 1964.

Another fire occurred in 1975 which destroyed the old rock school building and the new gymnasium in the brick school building was partitioned off for additional classroom space. In 1982, the school lost part of its student population when seventh and eighth grade students were moved to the Northwest campus.

Riverview closed its doors in 1994 at the end of the school year as Riverview and Lansing elementary students formed the new Blue Ridge Elementary School. Marilyn Bailey organized the “Save Our School” effort which ultimately led to the creation of the current Riverview Community Center. Finally, in 1995 the center was granted nonprofit status and the fist board of directors was elected and original bylaws were approved.

After the recollection of the school’s history, Gene Painter was recognized with a plaque as a token of gratitude for his efforts in leading the renovation effort. Painter was responsible for the initial vision which led to the renovations at Riverview. He helped rally volunteers and expressed the desire to give new life to Riverview, bringing his case to the Ashe County Board of Commissioners.

“We’ve made county appropriations to this project and it’s really exciting to see it’s bearing fruit. The amount of money that we gave is modest in comparison to the hours and the time and the effort that folks in this room and others in the past have made,” McNeill said.

McNeill gave a brief speech to congratulate the community on their new facility. He also spoke about how proud he and the BOC are of Riverview’s improvement and the efforts of volunteers.

“I am blessed to serve as one of your county commissioners , but it is events like this that are highlights for me. The gym dedication today exemplifies the results of how a community can come together through countless volunteer hours, hard work, and dedication to accomplish something that is good for the community and the county,” Dix said. “I commend all of those that had a part in this vision becoming a reality.”

A ribbon-cutting took place in the gymnasium before entertainment in the form of a Pickleball demonstration and an adult basketball scrimmage which was the final event of the ceremony.

“A little bit about Pickleball, it started probably 15 years ago this guy was setting up badmitten for his kids in his backyard. The net was broken, so they came up with almost like a tennis net down near the ground and then they didn’t have the badminton racquets like they were supposed to,” Dave Ahrens said. “So he cut paddles out of plywood and apparently somebody said something about ‘you’re in a pickle because you don’t have the right equipment.’”

Ahrens also shared the basic rules and concepts of pickle ball which is a combination of tennis, badminton and a bit of pingpong. The goal of the game is to get the ball over the net and in bounds while hoping that opponent misses or hits it out-of-bounds when returning the ball.

Dave Ahrens, Sheila Ahrens, David Price and Cindy Price participated in the Pickleball demonstration while the crowd watched from the stage.

Refreshments were served in the banquet hall while adults continued to battle it out on the court.

The mission of Riverview Community Center is to serve the people of Ashe County by building a stronger community through active involvement in educational, recreational, social activities and support services.

The banquet room, including the kitchen can be rented for $75 and rental of just the theater room is $50.

If the banquet or theater room is rented, the gym is only an additional fee of $10.