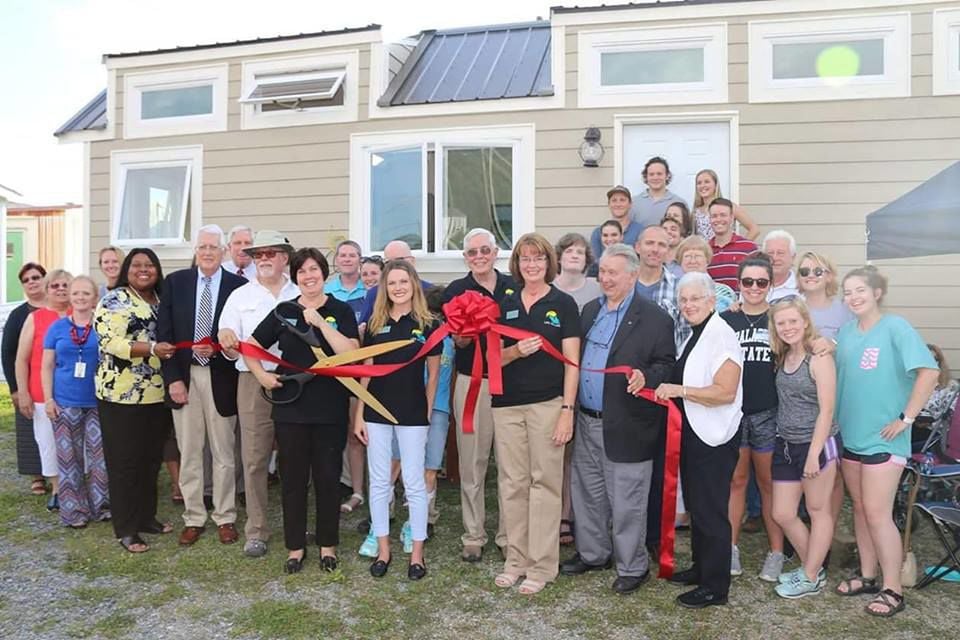 LIFE Village holds a ribbon-cutting ceremony in August 2018 for the tiny house built by the Construction and Design class at Appalachian State University. 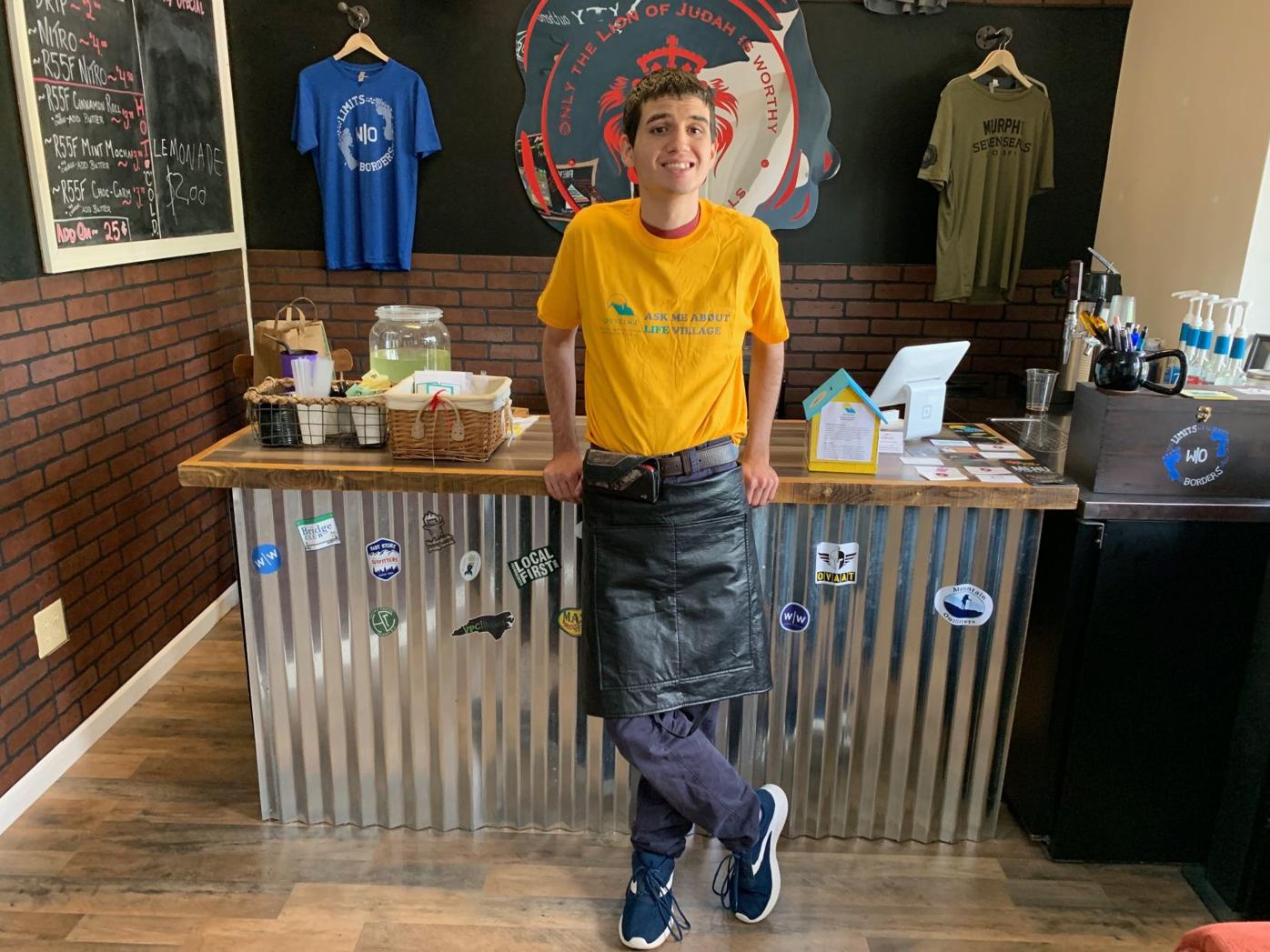 Landon Miller at Coffee for a Cause on July 26.

LIFE Village holds a ribbon-cutting ceremony in August 2018 for the tiny house built by the Construction and Design class at Appalachian State University.

Landon Miller at Coffee for a Cause on July 26.

LIFE Village is a local organization that hosts Coffee for a Cause as a weekly event that takes place at Rev5 Fitness on Greenway Road from 10 a.m.-2 p.m. on Fridays. LIFE stands for “Living Innovation for the Exceptional,” and the organization’s mission is to provide a “community where adults with Autism can live, grow and learn,” said Candace Lang, co-founder.

Landon Miller served coffee and lemonade at the Coffee for a Cause event on July 26, but on any given Friday there could be three baristas and two or three greeters who are a part of the LIFE Village program. Miller is especially good at the math that goes along with selling drinks, and Lang said he learned the register program faster than anyone else, herself included.

“The idea is for them to learn skills they can use to live as independently as possible,” Lang said. “We try to keep everything as person-centered as we can, and we always try to cater to the individual needs of each person we’re teaching while also giving them real-world experience.”

According to Lang, Rev5 Fitness has been the perfect place to hold Coffee for a Cause because there are regulars, and traffic is never too overwhelming for the greeters or baristas. Miller even has some regulars’ orders memorized. Rev5 owner, Derek Lale, donates 100 percent of the proceeds that come from Coffee for a Cause to LIFE Village at the end of each Friday.

LIFE Village stemmed from Dr. Jim Taylor’s experience with parents at KAMPN, a weekend camp he and his wife, Sue Taylor, founded in 2011 in Deep Gap for kids with autism and their families. KAMPN (“Kids Making Progress in Nature”) was designed to get kids with autism out of their homes and into nature where they can experience new things and learn new skills.

However, the camp sparked multiple discussions with parents about what it means to lead a full life as an adult with autism.

As a result of these discussions, the Taylors and Lang joined forces as co-founders and began working on LIFE Village in 2014.

KAMPN no longer happens, as LIFE Village requires an immense amount of energy and resources, but Jim Taylor is now on a mission to help adults with autism live full, happy lives.

Now, LIFE Village has partnerships with Watauga Opportunities and Appalachian State University. Students in ASU’s construction and design department used the Individual Design Experience (IDEX) lab to design cottages and duplexes with the needs of independently living adults with autism in mind.

“We have enjoyed a great partnership with Appalachian State and their construction departments who designed one and four bedroom concepts for LIFE Village,” said Lang. She included that these concepts were extremely “person-centered,” meaning that each individual’s needs will be catered to to the best of LIFE Village’s ability.

In August 2018, LIFE Village held a ribbon cutting for a tiny house built by the Construction and Design class at Appalachian State under instructor Chris Schoonover. Without a foundation to access water and electricity, the tiny house is sitting at Cash Custom Homes on the 105 bypass in Boone. This tiny home symbolizes LIFE Village’s independent housing dream becoming reality.

“There’s no blueprint for what we’re doing. However, we’ve contacted similar communities across the nation, such as 29 Acres in Texas, just to get some ideas,” said Lang. “What makes us different is that we want to build smaller homes and duplexes, instead of something like a dorm or apartment-style building, to offer affordable housing to the whole community. Being close to public transit is something else that we’re doing differently because most other communities are within walking distance to their downtown areas.”

Currently, LIFE Village is raising money to take the next step in their organization: buying land for their housing developments. Lang says that LIFE Village would ideally have about 10 acres of land to build on, located close to Boone and on an AppalCart bus route.

The goal for the housing development is to be able to provide affordable housing for anyone who struggles with housing in the High Country, not just adults living with autism. LIFE Village hopes to become a community hub where individuals can come to learn skills, such as cooking, to help them live on their own.

“I take ‘life, liberty and the pursuit of happiness’ very seriously, and we need a community where adults with autism can be happy because most of them won’t be happy in a “normal” community,” Jim Taylor said. “We still have a way to go to get there, but that’s what we’re working toward.”