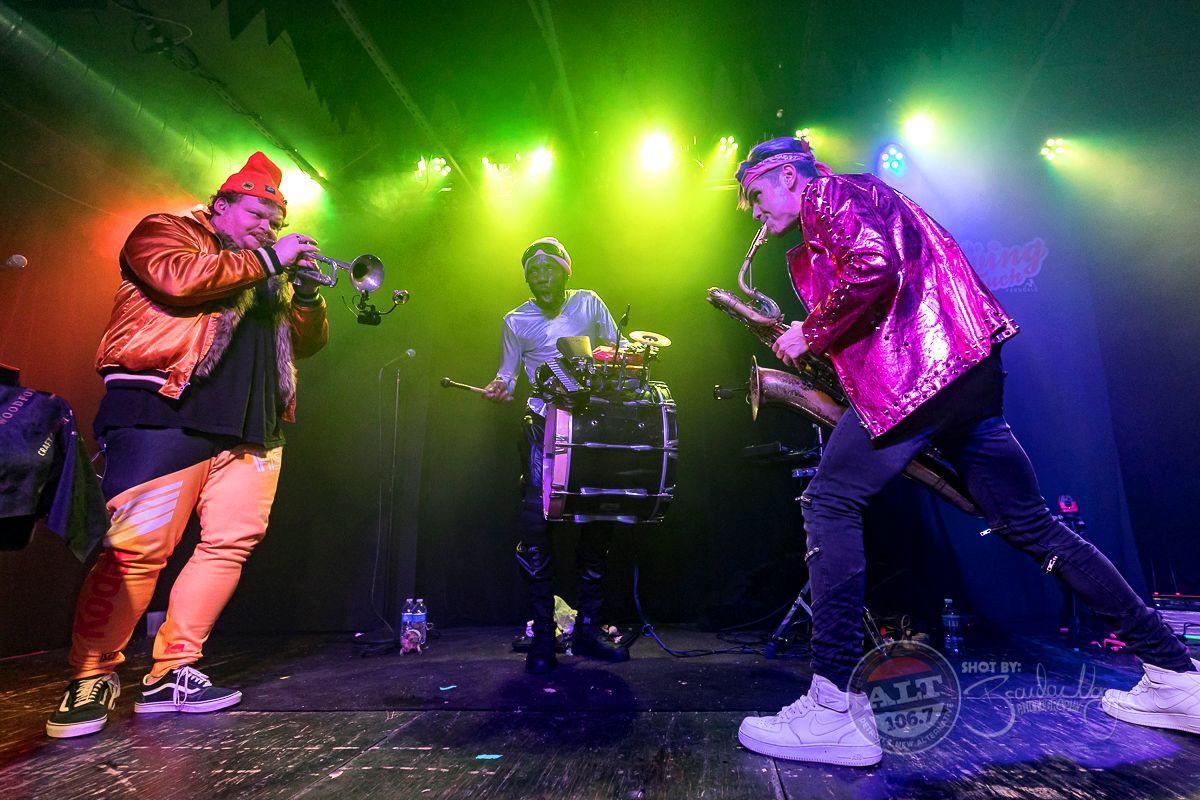 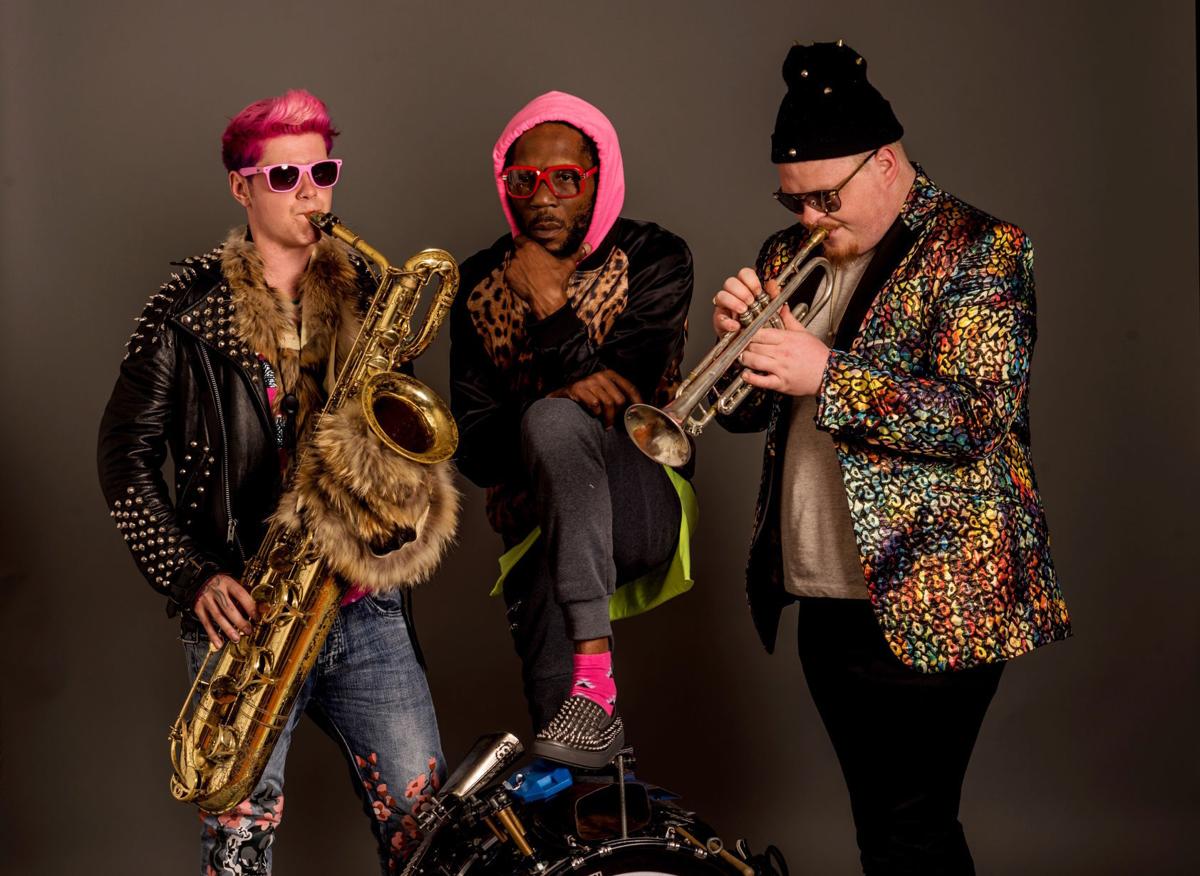 The High Country Toy Drive hosts three events for the 2019 collection. Too Many Zooz, a band featured in Beyonce’s ‘Lemonade’ album, will perform in the High Country on Dec. 14.

The High Country Toy Drive hosts three events for the 2019 collection. Too Many Zooz, a band featured in Beyonce’s ‘Lemonade’ album, will perform in the High Country on Dec. 14.

The folks here in the High Country have proved to be benevolent people through the years. As Christmastime approaches, one way to continue that tradition is to contribute to the annual High Country Toy Gift Card Drive. What is unique about this grassroots charity is that it combines helping local kids in need with the chance to get out on the town and jam to some great live music.

Hosted by local resident Lynne Lear, the High Country Toy Gift Card Drive is in its seventh year, working with the Hospitality House and the Hope Alliance. Combining live music with a chance to donate unwrapped toys, money and gift cards; the charity gives all of its event donations to local kids in need in Watauga and Avery counties so they don’t go without fun and desired gifts on Santa’s special day.

The second event will take place at 7 p.m. on Dec. 11 at the Painted Fish Café’ and Beer Bar in Banner Elk with music by the Smokin’ Joe Blues Band featuring Hope Harvey, Dwight Franklin and The Collective and Friends.

“There aren’t enough words to fully express my love and gratitude for these musicians who contribute their talents year after year to support this effort,” said Lear. “When I told singer and friend Hope Harvey seven years ago that I wanted to do an event that included music to help bring more people out, she immediately stepped up to the plate and organized the first live music show for the drive. And, it’s been a given that she will help with organizing the Banner Elk event every single year because that’s just the kind of wonderful person she is. All of the musicians who perform at these events are great people who are happy to do it, and I am truly blessed.”

While fun and live music is in the air at these festive get-togethers, the reason for the High Country Toy Gift Card Drive is to present a opportunity for the public in Watauga County and Avery County to get involved in helping local kids simply by giving.

“That is where some serious work comes in for me and any elves that I can recruit,” said Lear. “There are several huge shopping excursions that have to be executed and then all of the donated and purchased items have to be sorted by child. It is a lot of work to make sure that every child is covered in an equitable manner and that we have done our best to suit the needs of them as individuals. There have been years when we’ve had to stay up all night to make it happen, but somehow it always gets done.”

The one out-of-town band coming in from to perform at the Dec. 14 show is Too Many Zooz. Made up of baritone sax player and master dancer Leo P, Matt Doe on the trumpet and David “King of Sludge” Parks on drums and percussion, this trio of self-described “brass house” musicians have honed their craft in the subways of New York City.

Videos of Too Many Zooz performing in the subway have gone viral, culminating up to 16 million views and more in some cases. Nowadays, with a management and booking team intact, the trio’s music has ended up in movies and on TV commercials. Their biggest break came when superstar Beyonce saw one of their videos online and invited them to play on her acclaimed Lemonade album. That led to the trio performing on national TV with Beyonce and the Dixie Chicks on the CMA Awards show.

“I was sitting on my couch one day and I got a Facebook message saying, ‘A very important artist would like to speak with you,’” said David “King of Sludge” Parks. “I said, ‘Is this a joke?’ They said, ‘No. Is there a number where I can call you?’ A few minutes later, I got a call from Beyonce’s music director and he said, ‘Can I talk with you in confidence? Beyonce is very interested in working with you guys.’ I said, ‘Get the heck out of here. I don’t believe you.’ He then sent me a text with a photo of him directing Beyonce on it and I said, ‘I’m all ears.’”

At that point, Parks admits that Too Many Zooz were barely an official band at that time and they were managing themselves, performing in the NYC subway and going on tour just to make some money to pay the rent. When Beyonce’s people called, however, things got serious really fast.

“After the Lemonade album sessions, they called us and got us off tour and back to NYC for a flight to Los Angeles,” said Parks. “There, we began a week of rehearsals at a studio for the CMA Awards show performance, yet we didn’t know what it was all about until we got there.”

After that memorable performance with Beyonce and the Dixie Chicks on the CMA Awards, Too Many Zooz’s social media accounts began to bust out. Now they have more than 500,000 likes on Facebook.

“Don’t get me wrong, but while I know how fortunate we are to have big social media numbers, I honestly feel like this ride is just starting,” said Parks. “Before, we still didn’t know a lot about each other as band members. Now, we are approaching our music from a position of knowing our strengths. So, this is a very interesting time, knowing what we know and being where we are as a group.”

Too Many Zooz will be making its first-ever appearance in the High Country on Dec. 14, showcasing their latest album “ZombiEP.” And, members are staying close to its roots at the same time.

“I was excited to get back to playing in the subway, which we have done the last couple of weeks,” said Parks. “The concerts we do and the subway scene are two different worlds, because in the subway we play for tens of thousands of people ranging from the unborn to the half dead, for folks of every ethnicity and sexual orientation and people from all over the world. The best things to ever happen to us came from playing the subway, so we don’t intend to stop now.”

If you cannot make it to any of these live High Country Toy and Gift Card events, you can donate directly to Lear by mail or send a donation via Paypal, Google Pay and Venmo. Anyone wishing to contribute can contact Lear at (423) 794-8825 or lynnelear@yahoo.com.