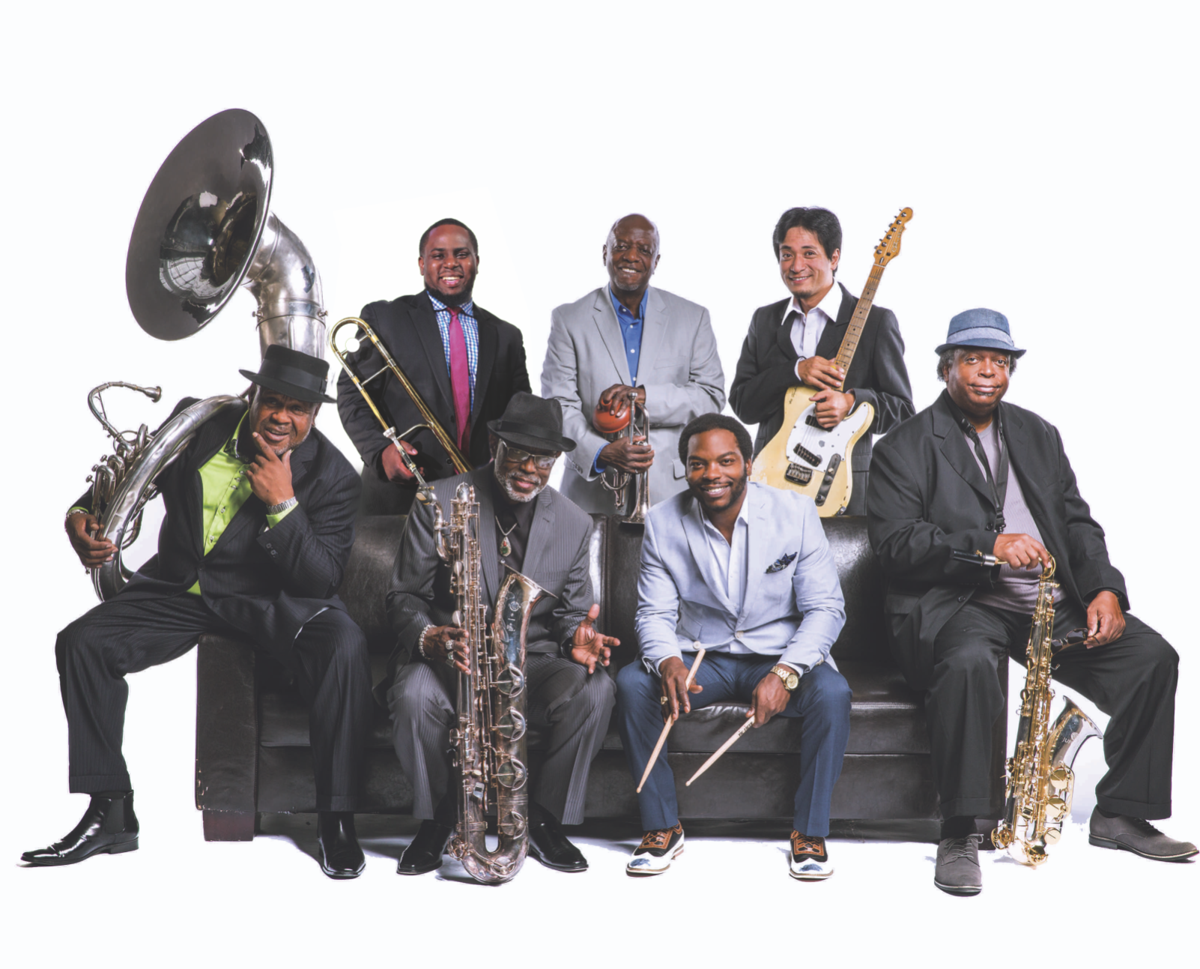 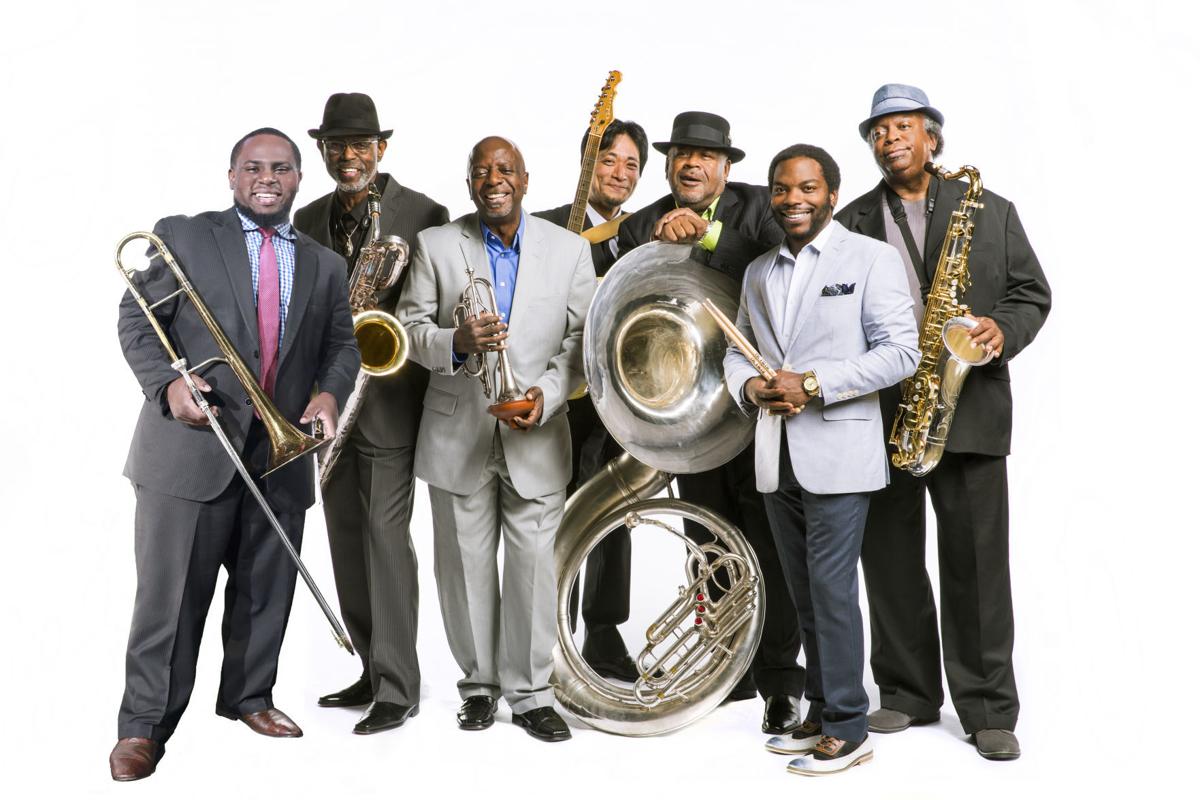 The Dirty Dozen Brass Band will bring the Mardi Gras magic of New Orleans to Boone on Feb. 16.

The Dirty Dozen Brass Band will bring the Mardi Gras magic of New Orleans to Boone on Feb. 16.

Here in the High Country, people travel to our mountains in search of authentic Appalachian roots music, and it is not hard to find as our area is blessed with talent and tradition.

While there is diverse music to be discovered here in the western North Carolina Mountains, there are other genres that trace their traditions back to other parts of the country. That is when a traveling band is a blessing, especially when it brings its bona fide grooves to the High Country from their part of the world.

With Appalachian State University’s music department and other music programs going strong at various Tar Heel State colleges, bands that want a horn section in its lineup can find great players in the region. When it comes to the brass music tradition of jazz, however, New Orleans continues to be the place where the groove is strong with roots going all of the way back to the 19th century. One of the premier groups is the Dirty Dozen Brass Band.

Fortunately, the Dirty Dozen Brass Band has decided to make a stop in Boone this weekend. On Sunday, Feb. 16, the real-deal second-line, funk and jazz group will play the Boone Saloon to make some Mardi Gras magic.

When the Mountain Times interviews Roger Lewis, original baritone sax player for the Dirty Dozen Brass Band, he is in his home in New Orleans getting ready for a solid year of traveling that will include the 50th anniversary tour by the Doobie Brothers later this summer.

Fifteen years ago, when Hurricane Katrina hit and the levy broke, this same house that Lewis’ currently resides in was in a bad way.

“Time goes by so fast, you know,’ said Lewis. “Katrina was 15 years ago and you are right, it don’t seem like it has been that long. But yeah, it has been 15 years since that nightmare. In this house, the water was about 5- to 6-feet high, so that means we had at least 15-feet of water in the neighborhood. That’s enough to lose everything in the … house. We were on the road at the time. But the guy that we rented our tour busses from lives in Vicksburg, Miss. His parents are very wealthy people, and we lived on their estate for darn near six months. We were just trying to lay it out. I didn’t know they had that kind of love in Vicksburg, Miss. I didn’t realize that those people really respected me like that. They were my friends, and I didn’t really know it. You never know until something like that happens, and then your friends start stepping up.”

Lewis is 78 years old, and he has seen many of his contemporaries die in recent years. The great Dr. John died in June of 2019, Charles Neville of the Neville Brothers Band died in 2018, and his brother and bandmate Art Neville passed away in July of 2019, and Preservation Hall Jazz Band trombonist Lucien Barbarin left this world on Jan. 30.

“I knew Charles and Art Neville since the 1950s,” said Lewis. “Their brother Aaron Neville and I are about the same age and I knew him before he was famous. They had a band called The Hawkettes back in the ‘50s. Back then, I was playing with a band called Deacon John and the Ivories. I’m the real deal as there isn’t but three of us from that band still alive, including ‘Deacon John’ Moore and our alto sax player Lionel, who is a minster now. All of the rest of the guys have gone on to Glory. It was an historic band as Deacon John Moore is a very important part of New Orleans music (member of the Louisiana Music Hall of Fame), but nobody recognizes him now outside of New Orleans because he never went on the road. The only road trip he took was when he was in a band with Fats Domino, and he lasted about four days and then decided to go home.”

These days, Lewis says that there are a lot of young people taking up brass band music, although some of those artists aren’t playing it as deep as the Dirty Dozen Brass Band.

“Man, they got brass bands popping up all over the place down here,” said Lewis. “You got the Hot 8 Brass Band, the Lil Rascals Brass Band are still going strong, and more. I can’t even name all of the brass bands that they got around here, filled with young guys that are sounding good. But, they need to embrace traditional music more. When we came along, we were playing be-bop and avant-garde jazz, gospel, rhythm and blues and a lot of one-change things. We put in a lot of work, man, because the music we were playing was very complex. Some of the young guys now don’t really deal with the complex things. I just wish they would pay some more dues. I hear our music all over the place, but they don’t really listen in-depth to what we are doing.”

The Dirty Dozen Brass Band is celebrating its 43rd year as a group and audiences around the world are still excited to hear them play.

“The reception is always great,” said Lewis. “People love this band. They just love the Dirty Dozen. They have a good time when they come and hear us because the music is real. It is ‘people music.’ It is good and fun music, music for your body, mind and soul. If you are a musician and you come and hear the Dirty Dozen, musicians like to analyze everything. But we also play music that makes you feel good inside and makes you dance, so that is mind, body and soul music right there. We are the world’s greatest party band, and that involves audience participation. You are going to have a good time when you see the Dirty Dozen Brass Band. We make it do what it do. Good, clean, wholesome fun.”