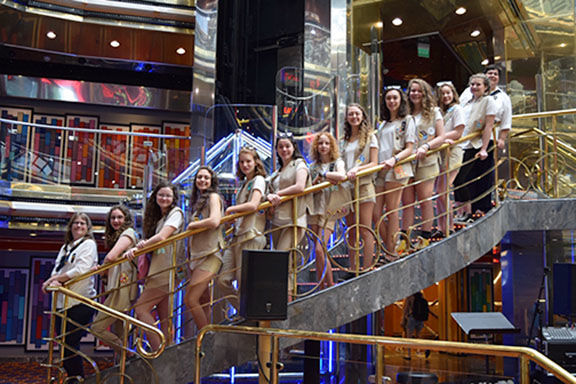 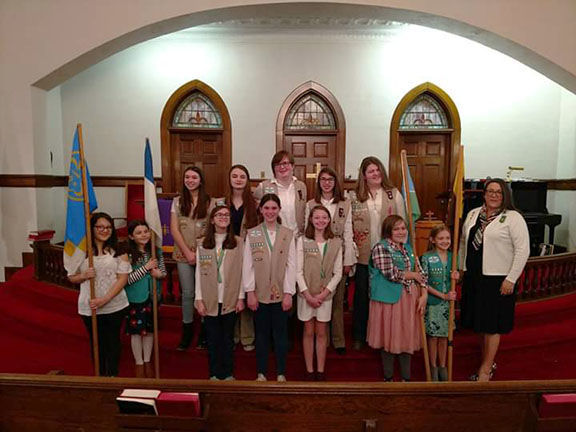 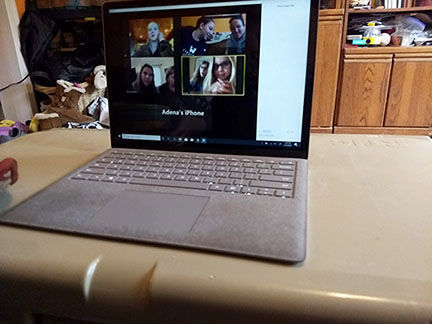 Troop 10492 enjoys having meetings through Zoom.

Troop 10492 enjoys having meetings through Zoom.

Catherine Wilkinson, service unit specialist for the Watauga and Avery counties Girl Scout Council, said during March that the larger council issued guidelines stating that troops are not to meet face to face, “but as of June, girls can get together practicing social distancing with meetings of 10 people or less.”

“That works for some of the troops, but a lot of our troops are large, so they haven’t been able to do that,” Wilkinson said.

A couple of troops have continued meeting through Zoom, said Wilkinson.

“They’ve gotten the girls together online and have had discussions, done activities or given the girls things to do at home, she said.”

As the council will enter new guidelines for July, most activities have remained online.

As far as travel and plans for the upcoming months, Wilkinson said, she is waiting for new guidelines to be issued.

“It’s just a wait and see,” Wilkinson said. “I had to turn in a plan for next year and I had no clue what to put down.”

Troop 10807’s leader, Joanne Jenkins said, since COVID-19 with meetings moved online and having canceled the troop’s summer trip to New York, she feels like everything has just been yanked away from the girls.

“Five of the girls are high school seniors, they’ve graduated and they’re going away,” Jenkins said. “I haven’t had a lot of girls stick with it long enough to graduate. So when I have a girl make it all the way, I always like to make a big fuss over them, and I didn’t get to do that this year.”

Since the 15 girls of Troop 10807 exceeded their goal for cookie sales and completed badges for financial literacy and photography through Zoom, Jenkins said she wants to have an outdoor celebration for the girls.

“I think we’ll probably try and get together in a park, where I can hand out all the badges and we can all hang out,” Jenkins said. “I think we can pull that off and find a big enough place where there’s enough room for us to spread out and chat. I haven’t figured out when we’re doing that, it will probably be in two or three weeks, before the girls go off to college.”

Katherine Hicks, who leads Troop 10289, said that while her troop’s Europe trip has been pushed back, she is hoping the girls will be able to go at the end of July.

“We were supposed to leave June 16,” Hicks said. “Everything we had was set to leave for a 16-day trip that we have been working on for two and a half years. This was a dream for the girls who had then finished their freshman year in high school.”

While Hicks is waiting to hear guidance from the state department, and guidance from France, Italy, the UK and Germany, she said everything is “up in the air.”

“We’ve had to alter some of what we’re doing because the Girl Scout World Centers, of which we were going to visit and stay at are closed,” Hicks said. “We could have re-booked, but it would not be until next year, so yes, we’re planning to go, but we’re flexible.”

While the Europe trip is geared for high school aged Girl Scouts, Hicks said her troop has about 22 girls with grades ranging from fourth-grade to girls who have graduated high school.

“Only a small portion of the girls are planning to go to Europe,” Hicks said. “But this group travels.”

After selling about 10,000 boxes of cookies this year, Hicks said the troop’s annual trip to Wet’n Wild waterpark in Greensboro was canceled.

“It’s been difficult,” Hicks said. “We’ve had Zoom meetings where girls have been working on projects and badges at home. Our hope is to have some kind of awards ceremony at the end of this month.”

Troop 10492, and its leader Amber Mellon, have been holding Zoom meetings since January.

Mellon said, her group of seven girls, grades sixth-grade to ninth, are familiar with Zoom.

“We all get on our phones, and the girls have to make a quick decision,” Mellon said. “I think they kind of enjoy it. They miss each other physically. There was one meeting when they all sat down with their dinner, they all had rice, and they just started complaining about how school wasn’t fun anymore, and how they just wanted to get out of the house.”

“For the Sky Badge, we had an air traffic controller come in and speak with the group,” Mellon said. “We had someone from the national weather service come in, and someone from the Watauga County Board of Elections. The speakers would just talk on the Zoom, we didn’t have to worry about planning the meeting.”

With the possibility of Troop 10492, taking a trip to Charleston, S.C., in August, Mellon said it depends on how things work out.

“The trip will possibly be in July or the beginning of August,” Mellon said. “The girls did all the planning and we can go in a heartbeat.”

With camps being canceled, Mellon said her group is offering virtual programs.

“We know the girls, especially this summer, don’t have a lot of options,” Mellon said. “We would love to have girls join, so parents who are looking for programming for their daughters are welcome to join in the virtual summer camp. We’ll be doing things like tubing. You can totally social distance while tubing.”

For more information about the virtual summer camp visit, camplikeagirl.org or Girlscoutp2p.org. To contact Amber Mellon, email at Ambermellon@gmail.com.