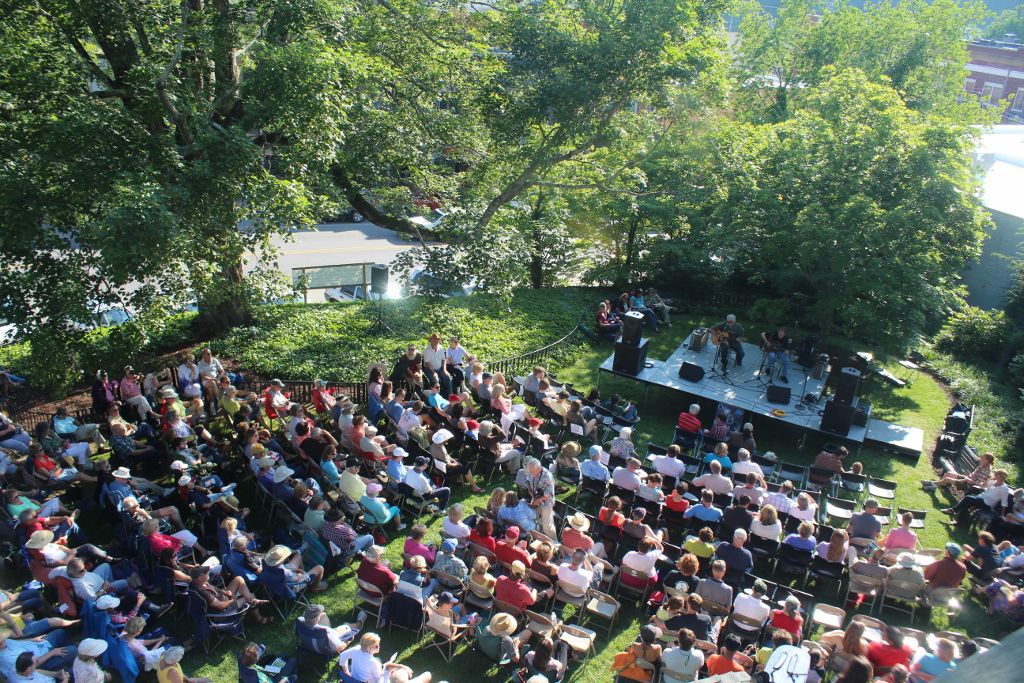 A crowd gathers at the Jones House to celebrate ‘Doc Watson Day.’ This year the celebration will be held virtually. 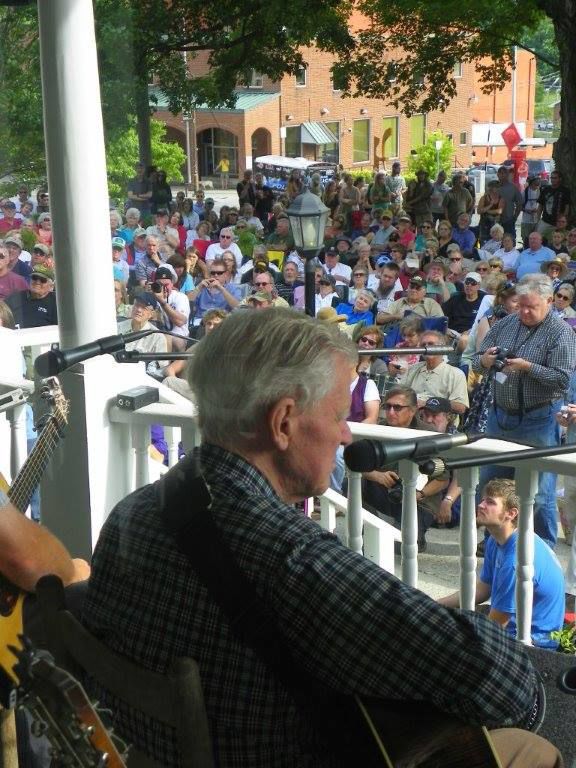 Doc Watson plays for the audience at Jones House. 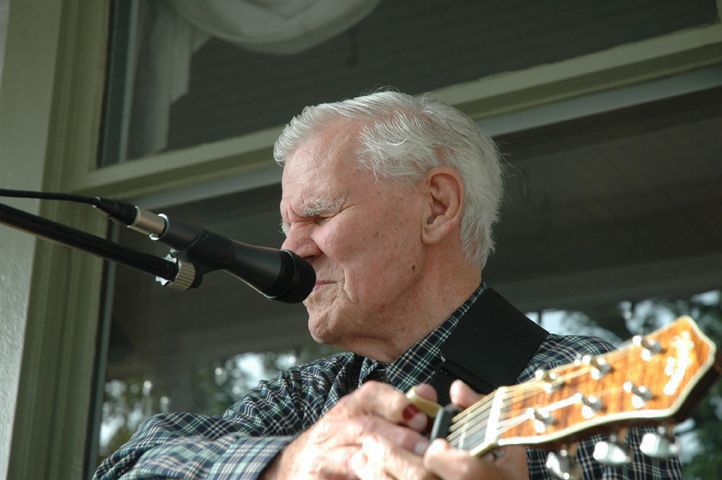 Doc Watson plays for the crowd at the Jones House, in celebration of ‘Doc Watson Day.’ 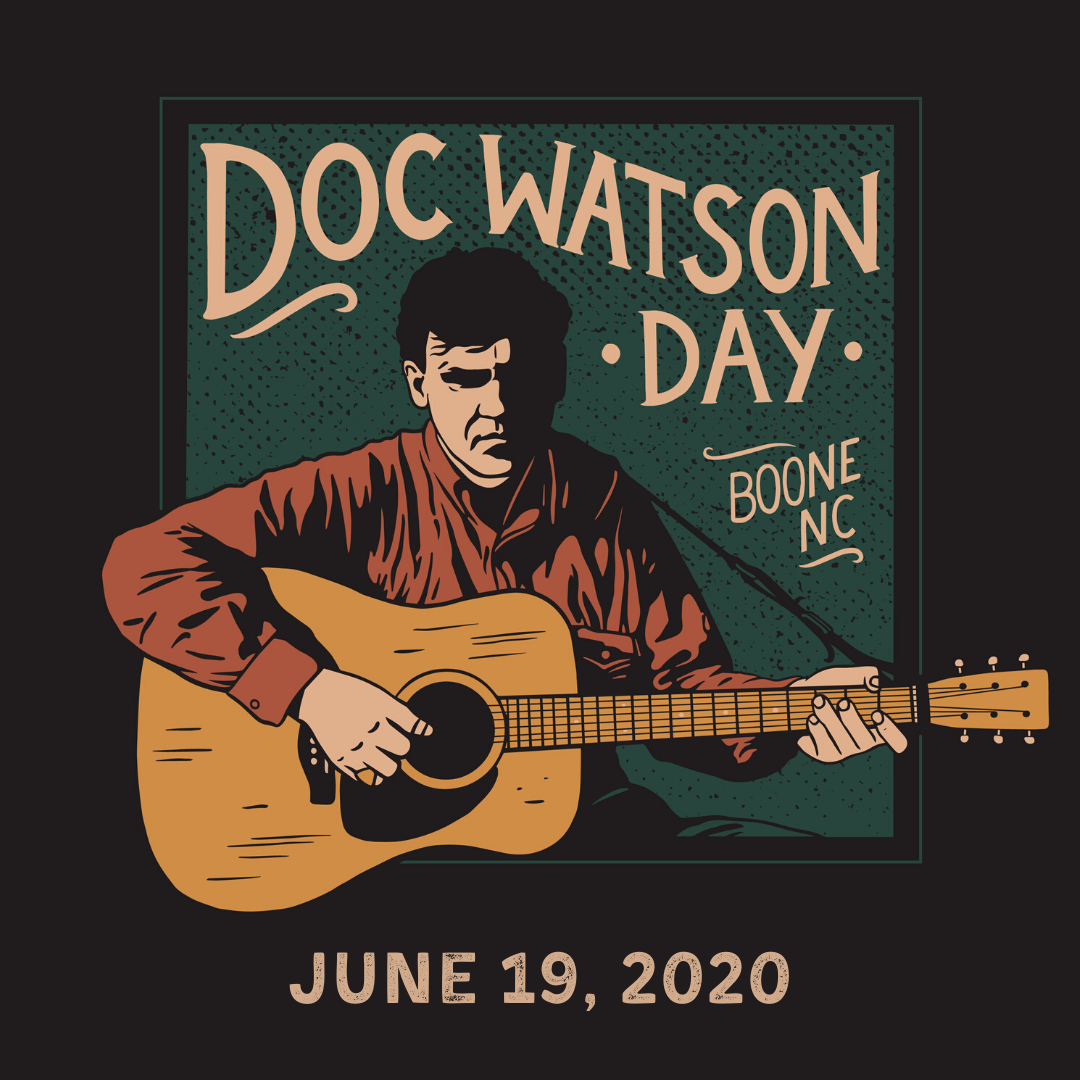 Boone’s Cultural Resources Department is set to unveil a new logo, featuring a younger Doc with his guitar.

A crowd gathers at the Jones House to celebrate ‘Doc Watson Day.’ This year the celebration will be held virtually.

Doc Watson plays for the audience at Jones House.

Doc Watson plays for the crowd at the Jones House, in celebration of ‘Doc Watson Day.’

Boone’s Cultural Resources Department is set to unveil a new logo, featuring a younger Doc with his guitar.

BOONE — On Friday, June 19, the town of Boone will observe Doc Watson Day, marking the 10th celebration of the occasion. Doc Watson Day is observed annually on the third Friday of June to honor the life and legacy of local guitarist and singer, Doc Watson.

This year, due to state and local restrictions and for public health and safety, Doc Watson Day will be celebrated virtually.

Arthel Lane “Doc” Watson was a native of Watauga County and made a name for himself busking along the streets and storefronts of downtown Boone. Blind since early childhood, Doc pioneered his signature flatpicking style of guitar playing by mimicking upbeat fiddle tunes.

Despite his fame, Doc remained true to his Appalachian roots, and referred to himself as “just one of the people.” His legacy lives on, as he continues to influence musicians all over the world, but none more so than right here at his back door.

Boone held its first Doc Watson Day Celebration on June 24, 2011, with an official decree from then-Mayor Loretta Clawson. That third Friday in June would thereafter be an annual day to honor Watson’s memory and influence. With Doc’s blessing and attendance, a life-sized bronze statue of Doc was dedicated in downtown Boone on that day. Doc then played on the porch of the Jones House to a delighted audience, in what would be one of his final public performances. Since that day, Boone has continued to celebrate Doc Watson Day with the reading of the official declaration and a free public concert on the Jones House lawn.

This concert features some of Doc’s contemporaries, as well as a new generation of those influenced by his musical legacy. Many of Doc’s family and closest friends attend this event each year to honor his memory.

“We are disappointed that we will not be able to celebrate Doc Watson Day on site at the Jones House,” said Boone cultural resources director Mark Freed. “But we still want to do all we can to pay tribute to Doc Watson’s incredible legacy.”

“Since we have not yet been able to hold our summer concert series as usual at the Jones House, we have been releasing clips of past performances online,” Freed said. “After the level of positive feedback and support we have received, we hope to continue doing this throughout the summer until it is safe for us to have concerts live and in-person.”

Accordingly, Boone’s Cultural Resources Department will release never-before-seen videos of some previous Doc Watson Day shows, including a few of Doc’s performances from the very first Doc Watson Day Celebration in 2011. This exclusive footage will be made available on the Jones House website and social media pages throughout the week leading up to Doc Watson Day on Friday, June 19, along with some greetings and well-wishes from some of Doc’s fellow musicians and proteges.

In addition, to help commemorate the tenth anniversary of this event, Boone’s Cultural Resources Department will unveil a new logo, featuring a younger Doc with his guitar.