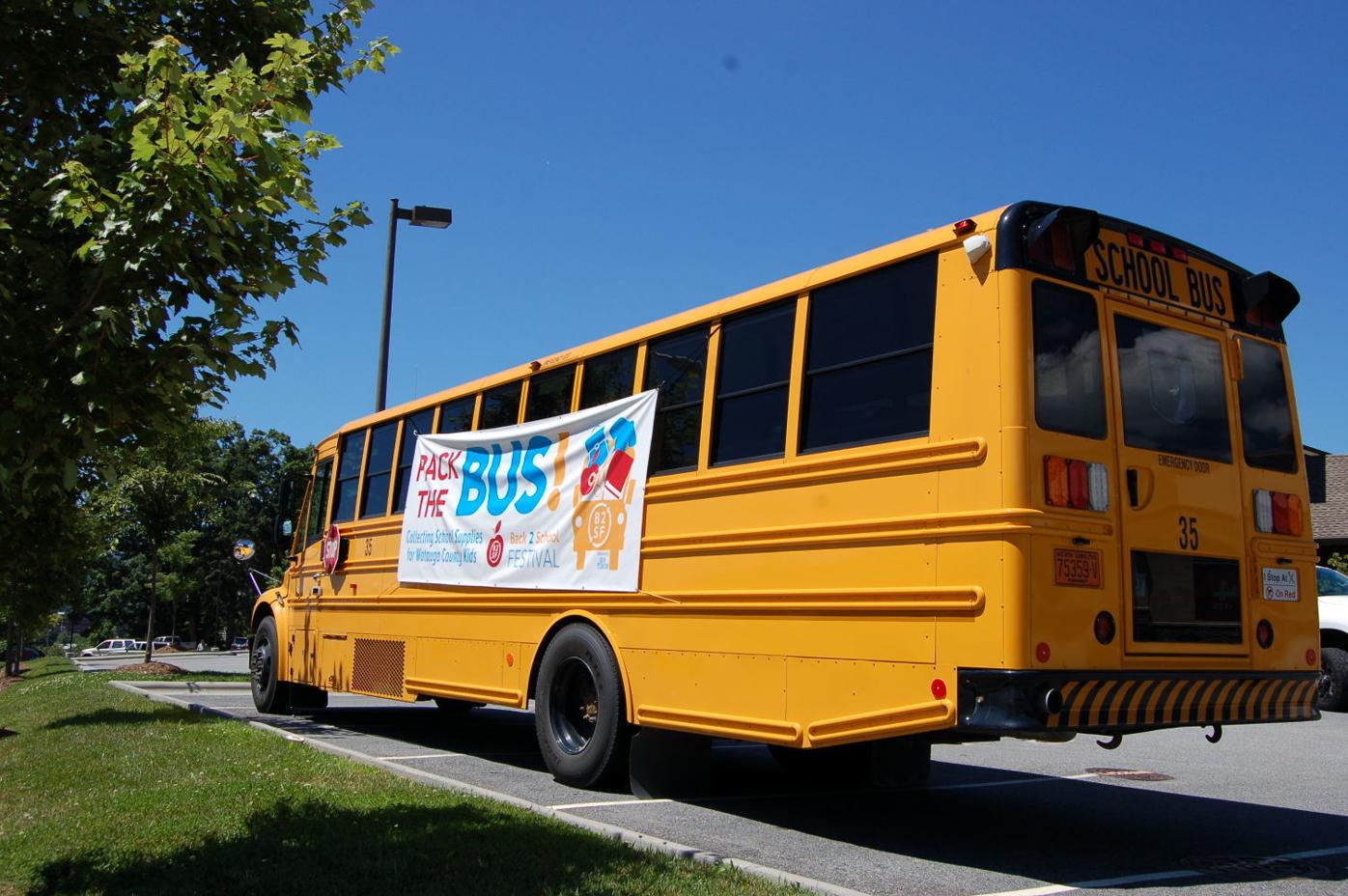 This year’s ‘Pack the Bus,’ is asking for monetary donations, if possible, due to the uncertainty of exact supplies students will need. 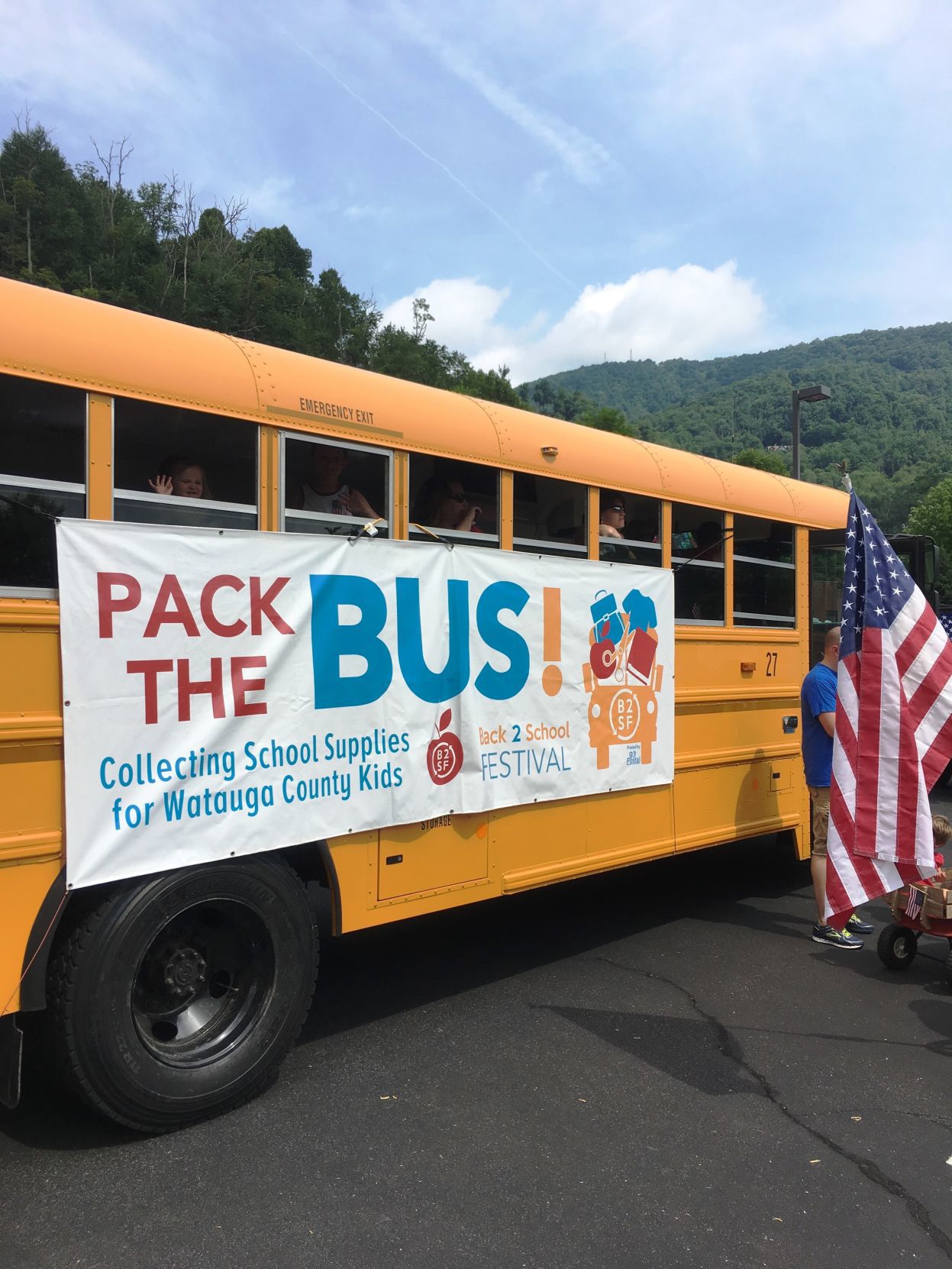 The Back 2 School Festival’s ‘Pack the Bus’ campaign began in Boone on July 4.

This year’s ‘Pack the Bus,’ is asking for monetary donations, if possible, due to the uncertainty of exact supplies students will need.

The Back 2 School Festival’s ‘Pack the Bus’ campaign began in Boone on July 4.

BOONE — While the Back 2 School Festival has modified its plans for school supply donations due to the COVID-19 pandemic, festival organizers are asking community members for monetary donations in place of school supplies during the 2020 Pack the Bus event, which launches on July 4 at two locations in Boone.

“Since we will not be able to do our usual July 4 parade kickoff, we need all the help we can get, and due to COVID-19. We expect greater need than ever,” said Matthew Lucas, publicity coordinator. “We’re still doing the Pack the Bus campaign, but we don’t quite know what the school supply list is going to look like yet. So, what we’re asking people to do now, if at all possible, is give us monetary donations.”

To gear up for the Back 2 School Festival, Pack the Bus will have two school buses, on July 4, parked in Boone to accept donations. One bus will be parked at First National Bank, 2111 Blowing Rock Road. The other bus will be parked at Peak Insurance, 149 Jefferson Road at New Market Center.

As Pack the Bus was previously held for donors to drop off school supplies, Lucas said this year’s monetary donations will be used to purchase the school supplies at a later date.

“We don’t know if (students) are going to be physically in the classrooms or if they’re going to be distance learning from home or some combination of both,” Lucas said. “It’s a kind of wait and see pattern, so this is one reason why monetary donations are more important.”

As organizers of the Back 2 School Festival have announced plans for an extended two-day event in August, they are making an urgent call for donations.

“Watauga County Schools anticipates an even greater need this year due to COVID-19” said festival president Kendra Sink. “Many parents have lost jobs or are working protracted hours while our economy continues to recover. A lot of families in our area may be facing challenges paying for food, housing, and other necessities for the first time. And school supplies are a huge expense they may not be able to handle.”

While the Back 2 School Festival provides school supplies from backpacks to pencils, crayons and shoes, Lucas said, ”we try to do everything to make sure everybody gets what they need, so they’re all starting out on the same playing field.”

The festival’s goal of raising $40,000 is due to the expectation of more festival attendees and student need, Lucas said.

“What we can do with these monetary donations is purchase the school supplies at a later date, once we know exactly what supplies the students are going to need,” Lucas said. “We can do that through retailers that we’ve partnered with or we can buy things in bulk and make the money go further than people would be able to do on their own by just donating supplies.”

For more information, festival updates or to make a contribution visit, www.back2schoolfestival.org. or follow the festival organization on Facebook at Facebook.com/Back2SchoolFestival.

Donations are also accepted by mailing a check to Back 2 School Festival at PO Box 102, Boone, NC 28607. All donations go directly toward the purchase of supplies and materials to benefit students.