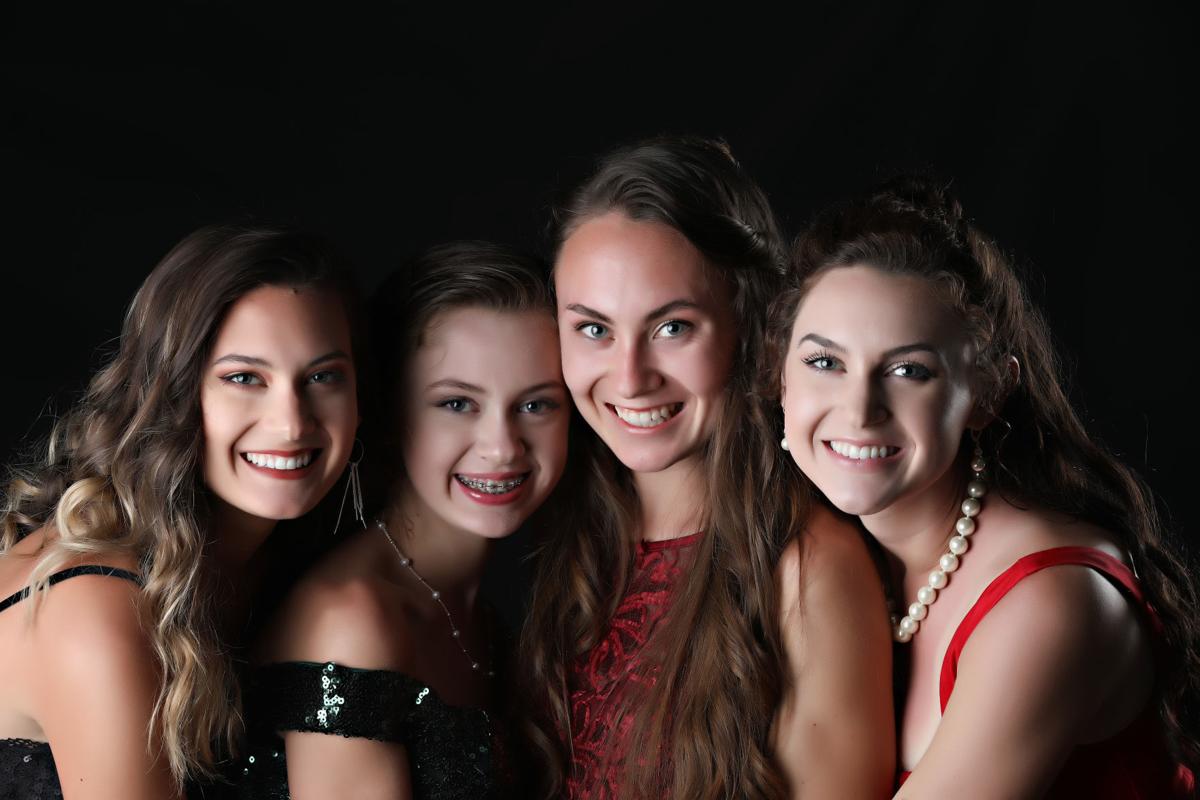 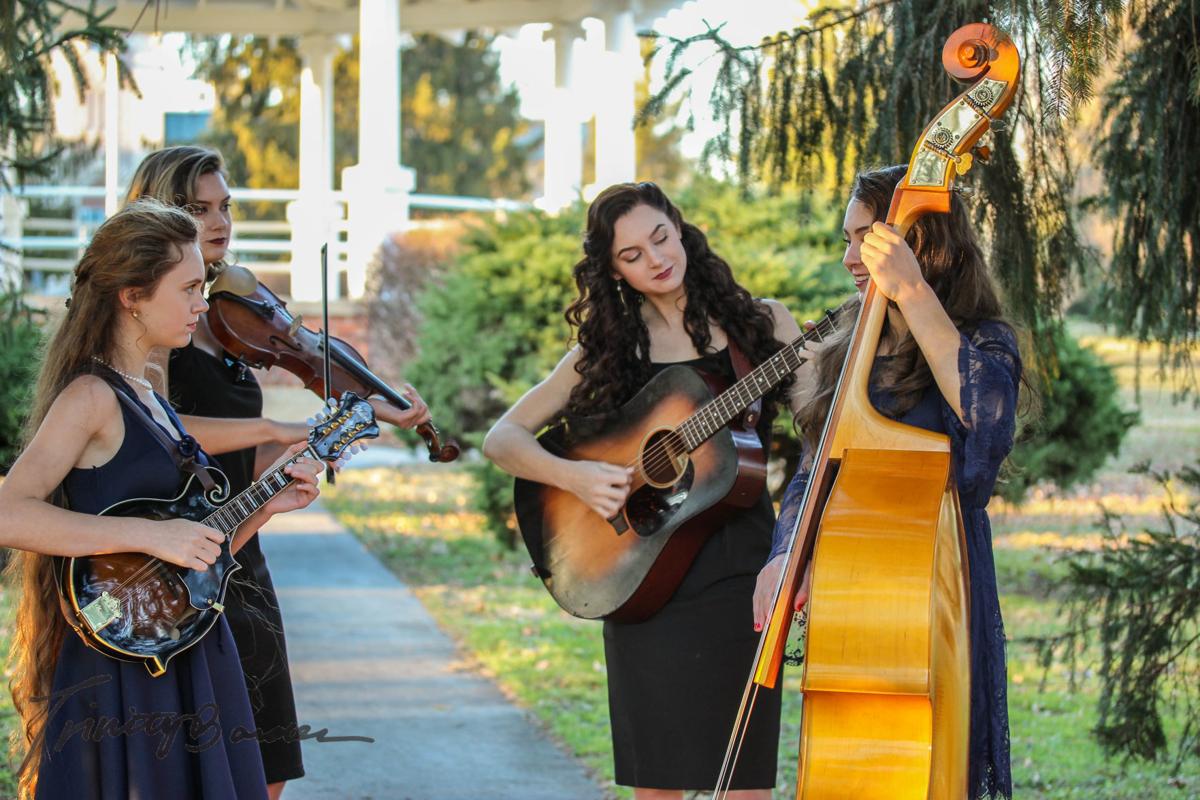 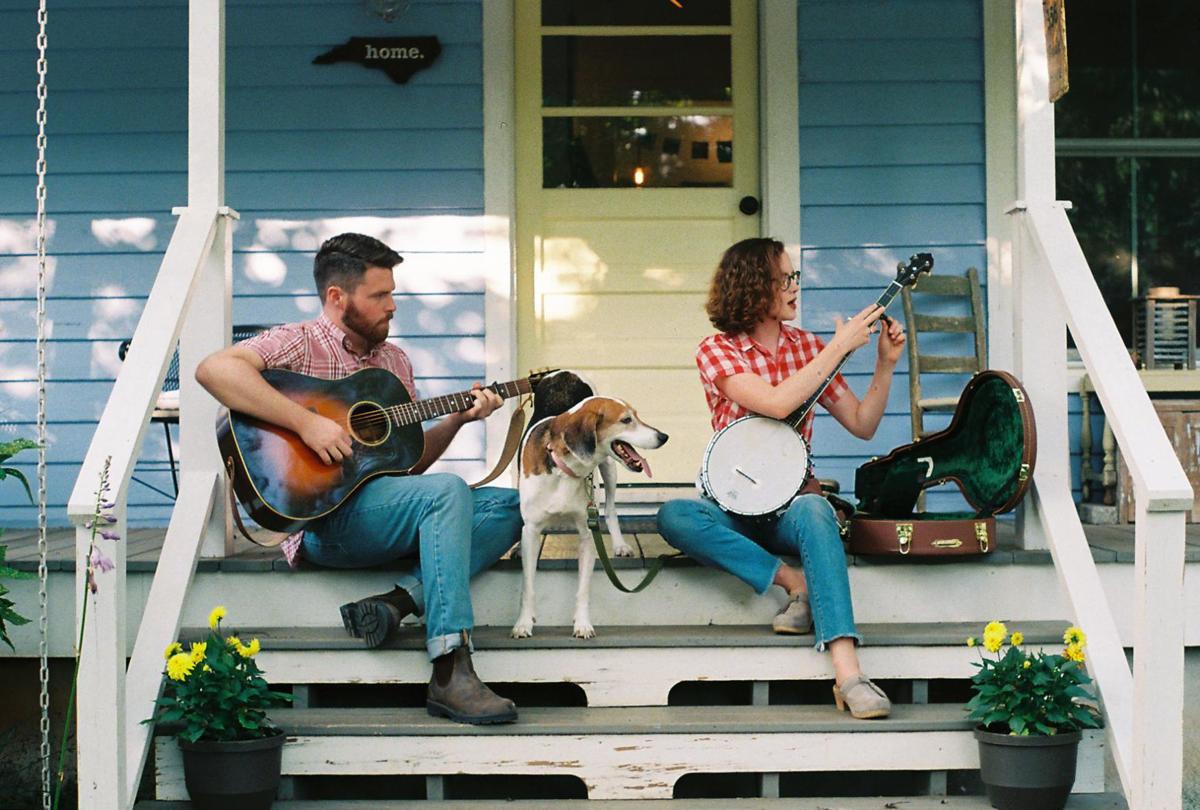 This will be a stellar weekend for American roots music here in the High Country.

The schedule will include the annual Appalachian State Old-Time Fiddlers Convention on the campus of Appalachian State University, a connected concert by the Chatham Rabbits and Kate Rhudy as well as a free and open square dance at Legends, and an Album Release Party at the Jones House by Boone’s own Burnett Sisters band.

This will be the 12th annual Appalachian State Old-Time Fiddlers Convention, an event that is 100 percent organized by students with the help of advisors. To its credit, our hometown university is geared to let students do hands-on activities that allow them real life experiences in their fields, and this event is only one example.

The Fiddlers Convention weekend begins with a concert by the Chatham Rabbits and Kate Rhudy on Friday at Legends, the only concert venue and club run by college students in America.

The Chatham Rabbits is a folk and roots music duo that features Austin McCombie and Sarah Osborne McCombie. Based in Byrnum, the duo is beginning its 2020 touring season here in Boone, on the brink of releasing its latest album called “The Yoke Is Easy, The Burden Is Full.”

The Chatham Rabbits band name is based on the bourgeoning rabbit trade that existed a century ago in Chatham County. The animals were prized for their delicious meat and fur. In a Siler City Grit article from 1914, the newspaper reported, “Elections may come and elections may go, but the Chatham Rabbit stays with us forever, despite the fact that 94,342 rabbits were shipped from Siler City alone during the past five years.”

Joining the Chatham Rabbits at Legends will be Kate Rhudy, a wonderful singer and songwriter from Raleigh who is no stranger to the mountains.

On Saturday, Feb. 8, from 10 a.m. until 5 p.m., the 12th annual Appalachian State Old-Time Fiddlers Convention will take place. It is a day for old-time roots music for both players of the genre of all levels and for music lovers wanting an exciting and free day of live tunes.

For musicians, the convention will feature its annual band competition as well as individual contests in categories that range from guitar, mandolin, banjo and fiddle to dance and folk song. There will also be a series of workshops offered for musicians of all levels from 10 a.m. until 1 p.m., starting with a beginner’s jam session. The aforementioned Chatham Rabbits will also host a songwriter’s workshop in the afternoon. Other workshops will focus on square dance calling and dancing, playing the mountain dulcimer, storytelling and a special presentation about the late local music legend Doc Watson.

There will also be a handmade arts and crafts section of the convention as well as a luthiers gathering featuring many local and regional makers of musical instruments. Later in the evening, clogging legend Rodney Sutton will be calling a free and open square dance at the Legends Club featuring the Pick Britches Valley Boys band. Beginners are encouraged and welcome.

Then, on Sunday afternoon from 4-6 p.m., local bluegrass group the Burnett Sisters Band will be putting on a free album release party and jam at the Jones House in downtown Boone.

“Long Way Home” will mark the debut album from the Burnett Sisters, who have played music and grown as artists here in Boone from an early age.

The first single from the group is their fun take on Vince Gill’s “My Kind Of Man, My Kind of Woman.” The cut features wonderful vocals by Kathleen Burnett and guest singer Colin Ray, a long-time friend of the Burnett Sisters. Because of his wonderful singing voice and instrumental prowess, award-winning bluegrass veteran Jeff Parker recently changed his band name to Jeff Parker and Colin Ray to highlight this young man’s talent.

“We recorded this Bee Hive Records album at Stephen Burwell’s studio, who also plays the fiddle for Doyle Lawson and Quicksilver,” said Kathleen Burnett. “We have been inspired by many artists who have befriended us over the years, including the ones that guest on our new album. The guest musicians include Stephen Burwell on fiddle and guitar, Scott Vestal on the banjo, Adam Steffey on mandolin, Wyatt Rice plays the guitar on one song, Josh Swift added some Dobro and Avery County native Jacob Burleson, who plays and tours with Volume Five, played some guitar for us on the recording. Jacob is an amazing musician.”

Kathleen’s duet on “My Kind Of Man, My Kind of Woman” with Ray is wonderful, a combination of bluegrass and an old-school country sound that you rarely hear these days, which is cool coming from two musicians in their early 20s. The single and video was released on Jan. 22.

“Colin and I have been singing together for about two years now,” said Burnett. “He played with our band last year and we had a great time. We met through the Bluegrass Program at Eastern Tennessee State University in Johnson City. Our goal was to focus on that old-school country style and we enjoy singing duets together and we thought that would be a good song to put on the album and see what people think about it.”

“It is great to sing with Kathleen because she is easy to blend with and she has a very strong voice,” said Ray. “With a lot of singers, you have to work hours and hours with them to figure out the right vocal moves and how to blend together. But with us, it seems like it happens naturally. It is really easy and I enjoy it.”

It is fitting that the Burnett Sisters band is releasing its new album this week in Boone. They have been competing and jamming at the App State Old-Time Fiddlers Convention for several years now, and they are also members of the Junior Appalachian Musicians program that is based locally at the Jones House on Thursday evenings. Both entities have played a big part of the evolution of this local Boone band that is about to take their music to the next level.

To learn more about the App State Old-Time Fiddlers Convention, visit www.fiddle.appstate.edu. More information about the Burnett Sisters can be found online at www.burnettsistersband.com, and the Chatham Rabbits’ website is located at www.chathamrabbits.com.