The Kruger Brothers perform on July 31 as a part of An Appalachian Summer Festival. 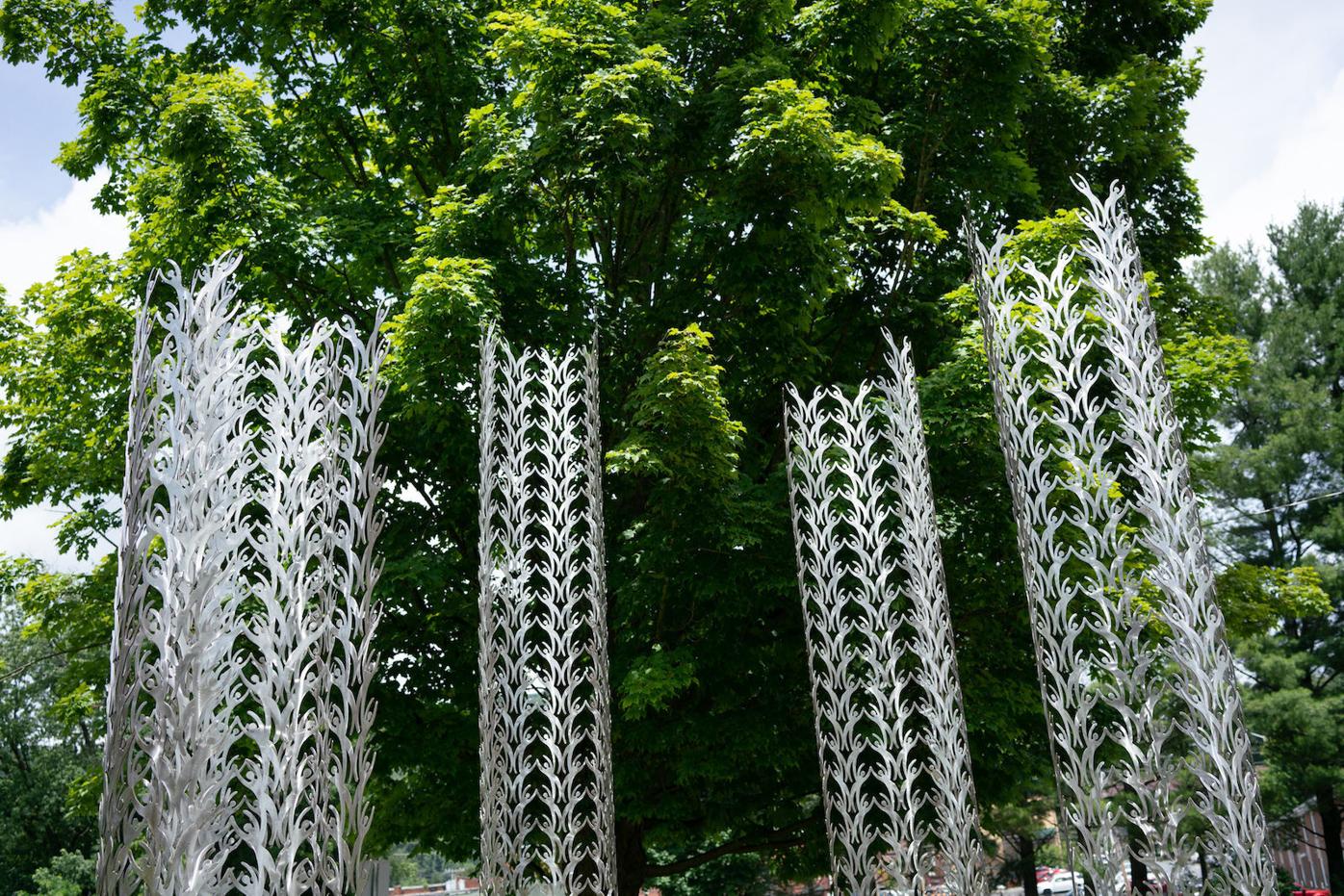 ‘A Memorial’ by Bob Doster is the first-place sculpture for the 2019 Rosen Sculpture Competition. 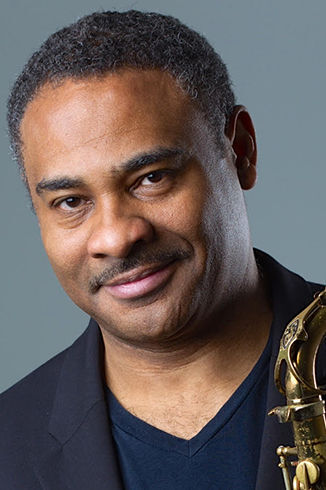 Todd Wright and Friends perform love songs in the band’s February 2020 concert, which is set to live stream as a part of An Appalachian Summer Festival on July 30. 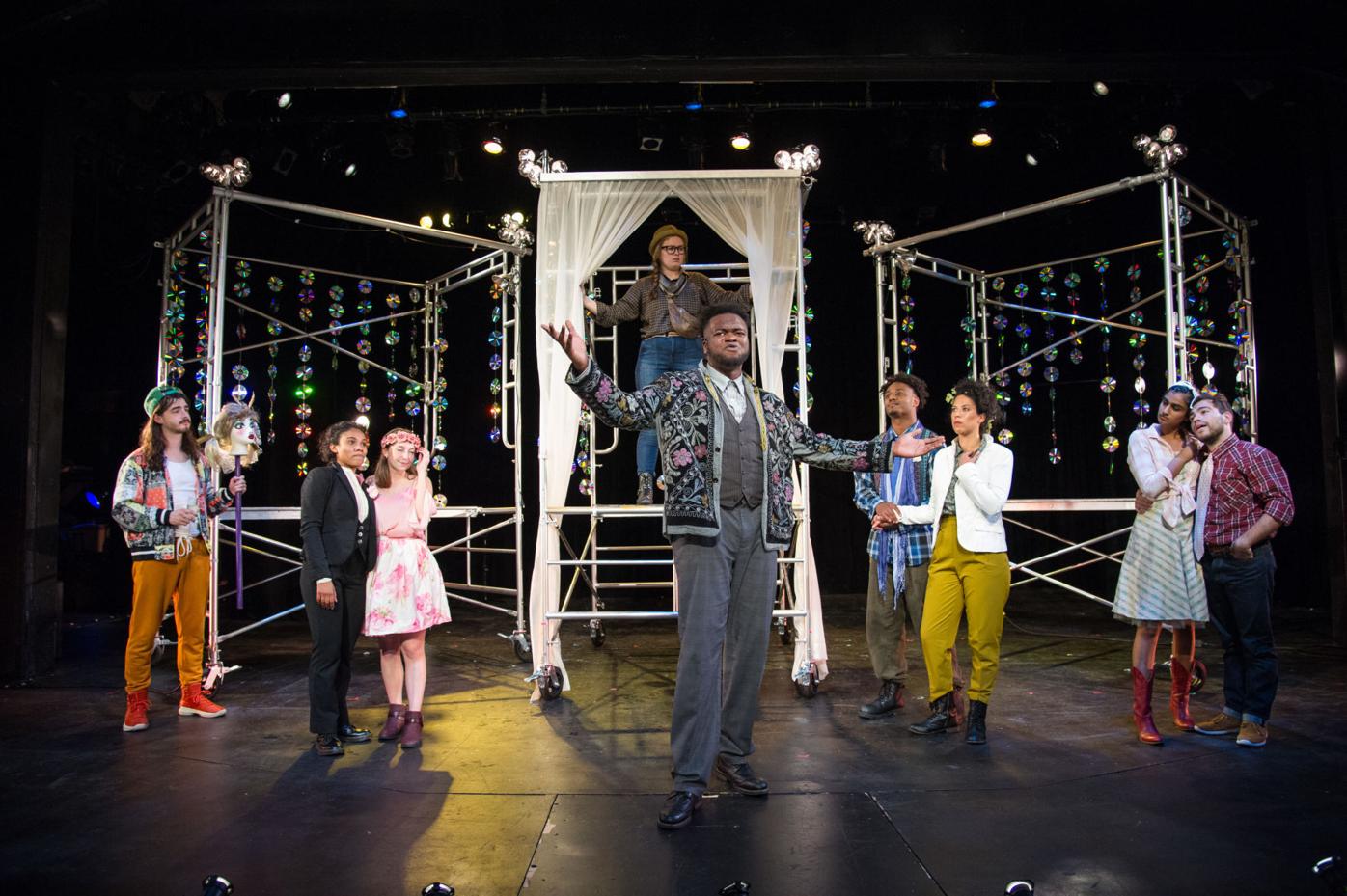 The National Players present ‘As You Like It’ during An Appalachian Summer Festival on July 24.

The Kruger Brothers perform on July 31 as a part of An Appalachian Summer Festival.

‘A Memorial’ by Bob Doster is the first-place sculpture for the 2019 Rosen Sculpture Competition.

Todd Wright and Friends perform love songs in the band’s February 2020 concert, which is set to live stream as a part of An Appalachian Summer Festival on July 30.

The National Players present ‘As You Like It’ during An Appalachian Summer Festival on July 24.

All events are free. The all-virtual festival runs daily through July 31. Take a seat at appsummeronline.org.

While the COVID-19 pandemic prevented National Players from traveling the U.S. and completing Tour 71, that didn’t stop America’s longest-running theater company from bringing theater to their fans. Through this recorded preview performance of Shakespeare’s female-driven comedy As You Like It, which combines classic elements of romance and hidden identities, NP continues its mission of making theater more accessible.

In this classic romantic comedy about gender roles, losing oneself, and discovering oneself anew, Rosalind, banished from the only home she’s ever known, assumes the identity of a man and escapes to the Forest of Arden with her cousin Celia and their fool Touchstone. While there, they run into other exiled folks from the old court, including the dashing and brave Orlando, who won Rosalind’s heart prior to her banishment, but he was too tongue tied to express his love in return. Determined to woo him, Rosalind persuades Orlando in her male disguise to win her heart. For only if Orlando loves her as a man will Rosalind know he truly loves her.

The Rosen Sculpture Competition and Exhibition is an annual national juried competition presented by the Turchin Center for the Visual Arts on the campus of Appalachian State University, and brings an astonishing array of contemporary sculpture to the campus and community each season. This year, competition juror Rachel Stevens takes viewers on a virtual educational outdoor tour of several of the new sculptures from this year’s competition. Over the coming year, the sculptures will be enjoyed by campus and community, and in July of 2021, the awards announcement and reception will be featured as part of the festival season.

The Emerson String Quartet has maintained its status as one of the world’s premier chamber music ensembles for more than four decades. “With musicians like this,” wrote a reviewer for The Times (London), “there must be some hope for humanity.” The quartet has made more than 30 acclaimed recordings, and has been honored with nine Grammy Awards (including two for Best Classical Album), three Gramophone Awards, the Avery Fisher Prize and Musical America’s “Ensemble of the Year” award. The quartet collaborates with some of today’s most esteemed composers to premiere new works, keeping the string quartet form alive and relevant. The group has partnered in performance with such stellar soloists as Reneé Fleming, Barbara Hannigan, Evgeny Kissin, Emanuel Ax and Yefim Bronfman.

This behind-the-scenes video features student Turchin Blazing Easels instructor and Art Education major Hannah Hagler, exploring her connection to the Turchin Center and how she is continuing to teach, learn and make art at home.

Registration is required for this event.

Honeyland is a unique documentary film that follows the life and labors of Hatidze Muratova, a Macedonian beekeeper of Turkish descent who lives in the abandoned village of Bekirlija in the mountain municipality of Lozovo with her mother. Shot over the course of three years, the documentary takes on the feel of a narrative feature as the uneducated female beekeeper deals with a variety of environmental problems, including climate change, the loss of biodiversity, and the exploitation and depletion of natural resources, as well as issues related to consumerism, rural flight, and nomadic Turkish refugees who squat on the adjacent property and quickly become neighbors from hell.

The most awarded film out of the 2019 Sundance Film Festival, Honeyland is an epic, visually stunning portrait of the delicate balance between nature and humanity that has something sweet for everyone.

At the heart of Jacklyn St. Aubyn’s teaching and studio work lies a desire to illuminate life through the process of seeing.

According to the artist, “The moment I put brush to panel, a transformation takes place. The colors and shapes create a tactile song filled with rhythms and melodies. Objects and images express poetic thoughts. Unspoken revelations appear. The process is meditative and calming. I am drawing from a consciousness that is hidden somewhere within me. The veil of my familiar thinking gives way to freedom of mind. This is the psychic space of painting.”

Thursday, July 30 — Live from Rosen Concert Hall: “What the World Needs Now:” An Evening of Love Songs with Todd Wright and Friends, 7 p.m.

Since their formal introduction to American audiences in 1997, the Kruger Brothers’ remarkable discipline, creativity and their ability to infuse classical music into folk music has resulted in a unique sound that has made them a fixture within the world of acoustic music. The honesty of their writing has since become a hallmark of the Wilkesboro-based trio’s work. In their ever-expanding body of work, the Kruger Brothers — Jens Kruger (banjo and vocals), Uwe Kruger (guitar and lead vocals) and Joel Landsberg (bass and vocals) — personify the spirit of exploration and innovation that forms the core of the American musical tradition.