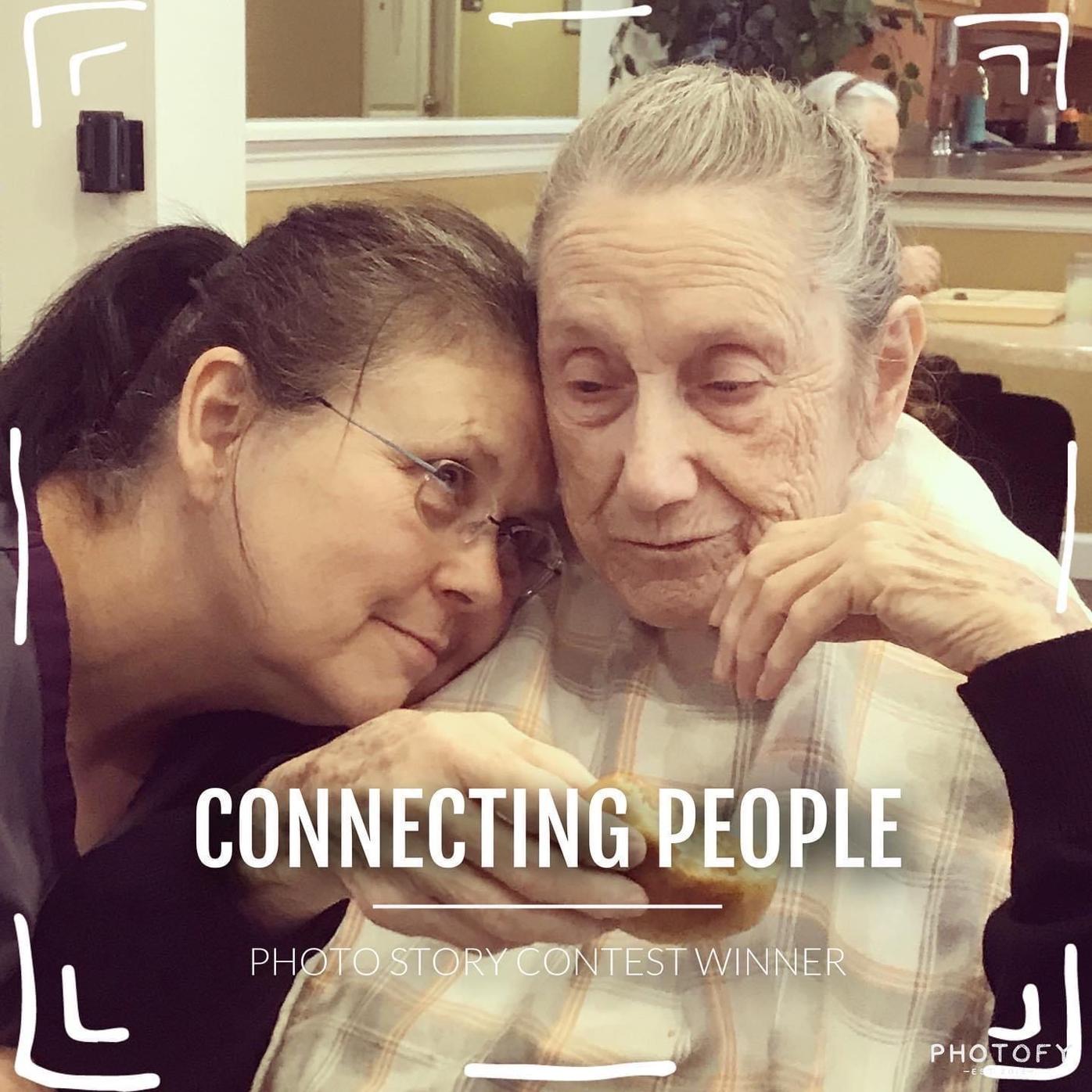 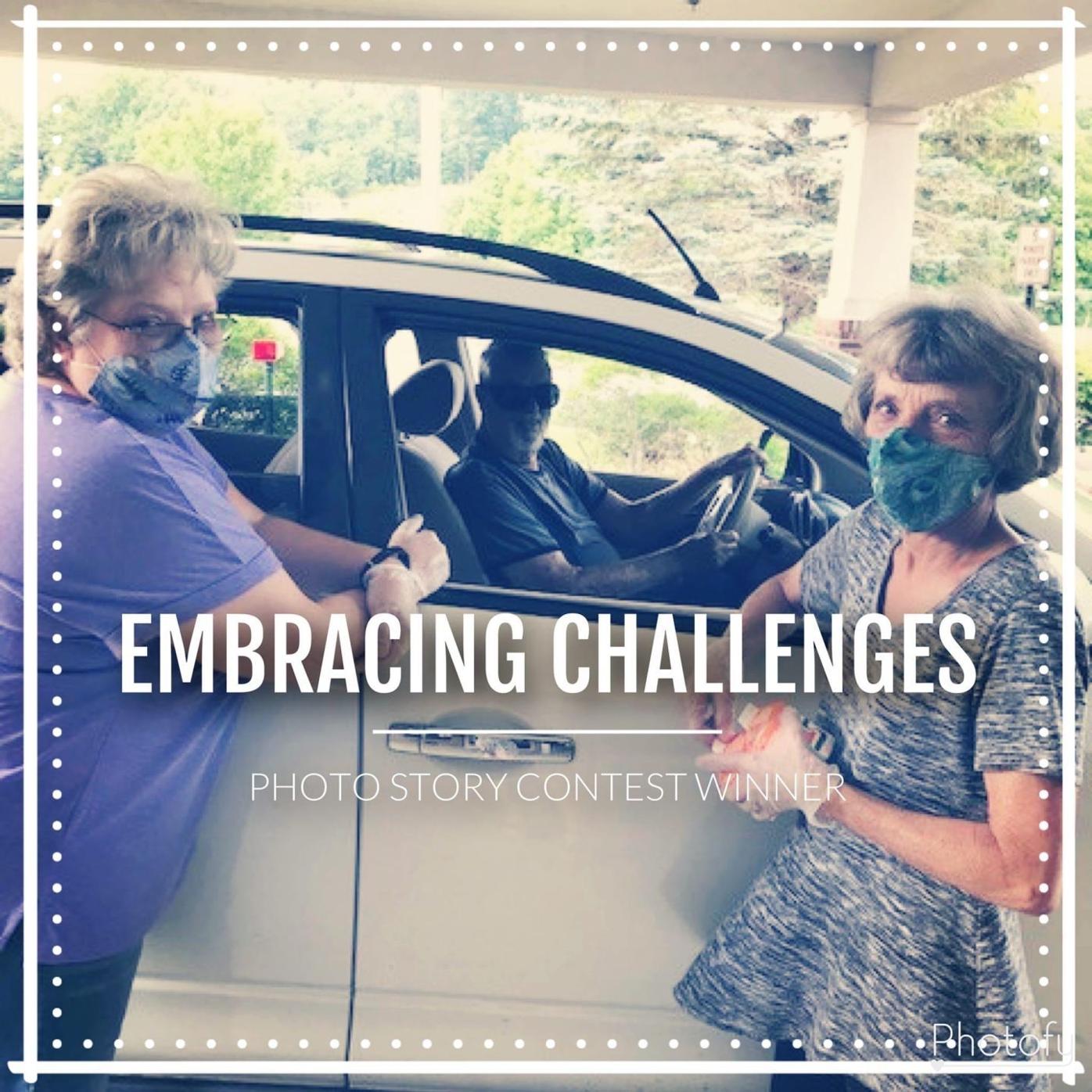 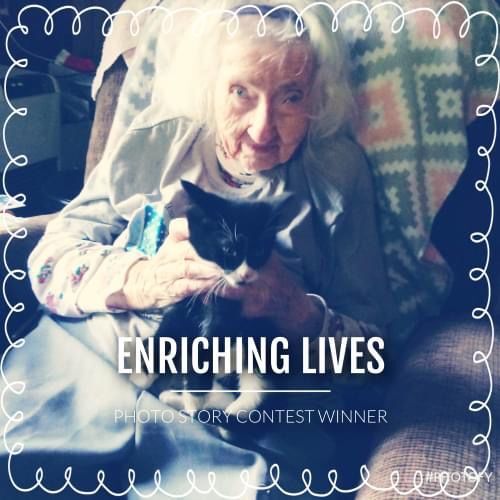 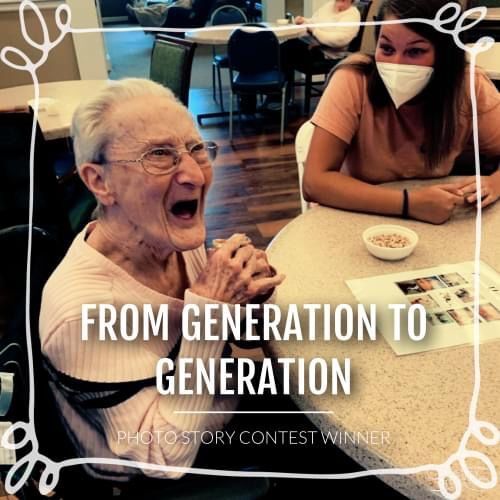 WEST JEFFERSON — Ashe Services for Aging recently completed a monthlong project called “Mission in Action,” which was a photo story contest for its staff to participate in.

“We realized that we really wanted to capture our mission in action after we revised our mission statement,” South said.

According to South, the previous mission statement primarily focused on the aging population. With the new statement, South said they wanted to capture all of the generations they serve.

The purpose of the contest was for staff to capture moments of ASA’s mission statement in action. Each week, they focused on a different part of the mission statement and a committee was responsible for reviewing all weekly submissions to choose a winner.

For the first week, which was the phrase “Connecting People,” the winner was Dawn Crawford from the Assisted Living Program. The photo is of Tonya, a personal care assistant and a resident named Nettie.

For the second week, Senior Center Director Glenda Luther submitted a winning photo for the phrase “Embracing Challenges.” The photo was of Nutrition Supervisor Brenda Phillips and Senior Center Assistant and County Volunteer Coordinator Terri Hopkins handing out a meal to a Senior Center participant.

During the third week, In-Home Aide Supervisor Lisa Osborne submitted a photo of resident Mae Osborne with a kitten. After she was devastated due to the loss of her beloved cat “Pumpkin” on June 2, In-Home Aide Angie Daugherty and Lisa Osborne went on the mission to find her a new kitten. The photo won the contest for the phrase “Enriching Lives.”

The final winning photo story was submitted by Danielle McNeill, Memory Care Coordinator and depicted the phrase “From generation to generation.” The photo was of a young staff member helping a resident play bingo. In the photo, the resident has a huge smile on her face as she has won that game of bingo.

All winning photo stories were posted on the Facebook @Ashe Services for Aging, Inc.