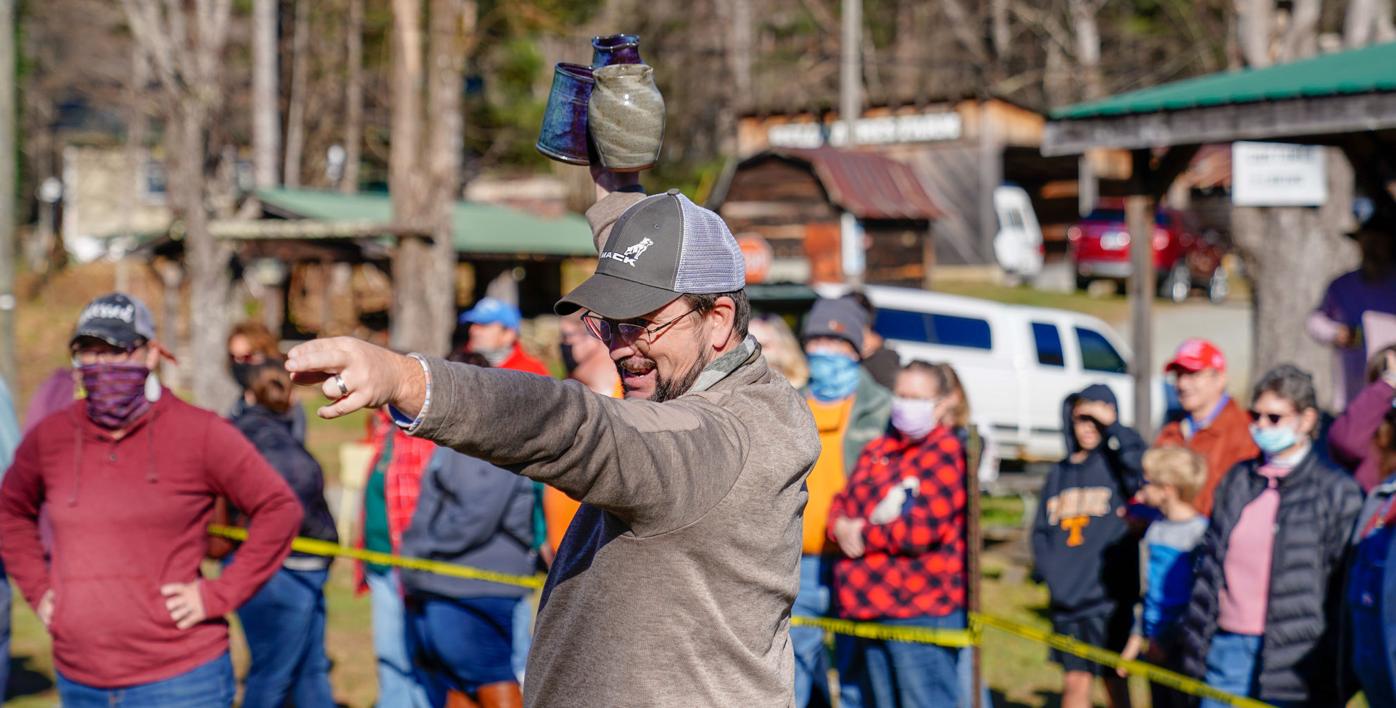 SOLD for $80! While customers waited patiently (but eagerly) behind the yellow restraints, Daniel Trantham serves as auctioneer and gets things going on Saturday at the Bolick & Traditions Pottery kiln opening on the family’s Blackberry campus. 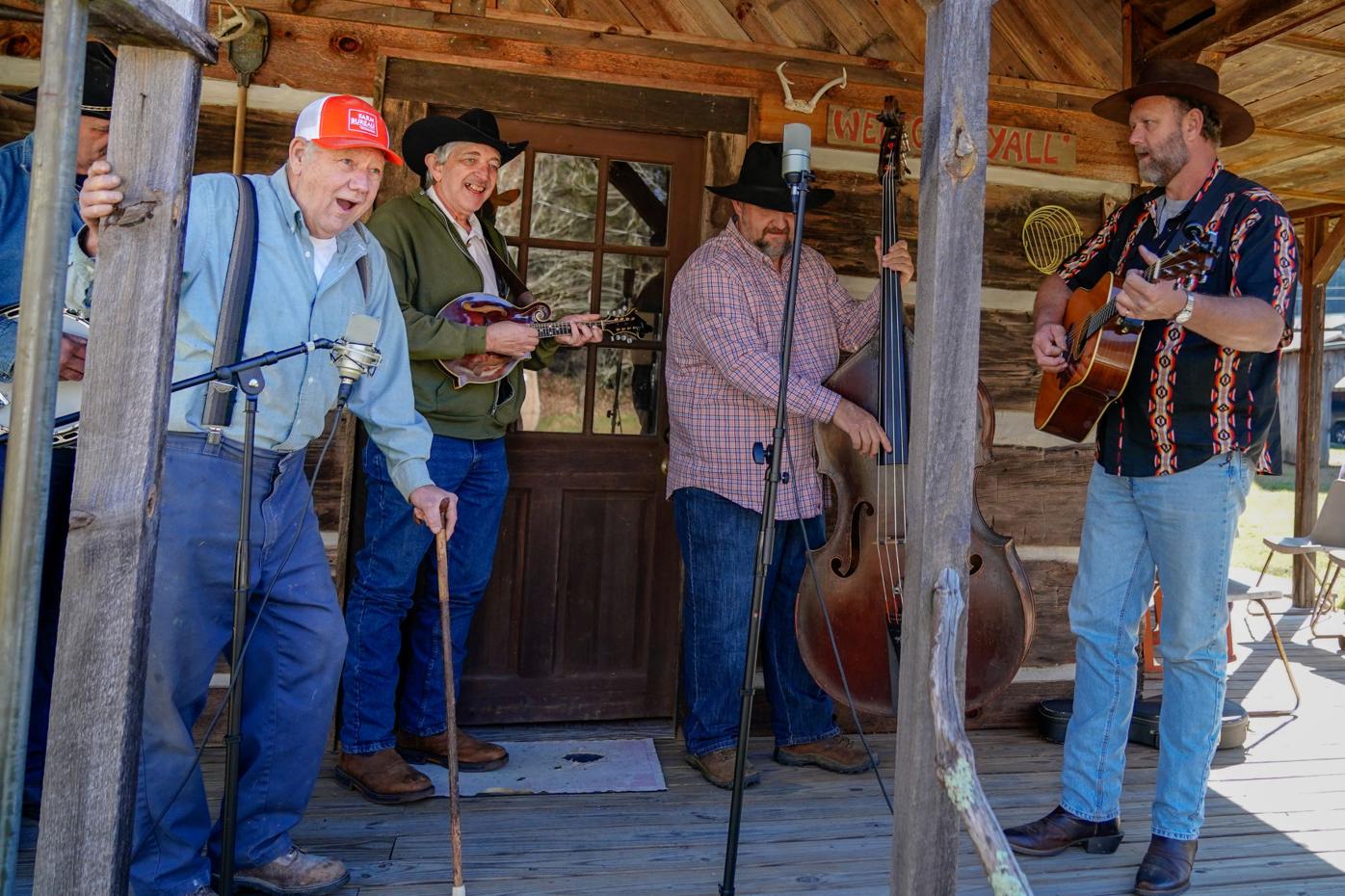 Glenn Bolick said that he doesn’t perform much anymore, but he jumped at the chance to sing with the band and was in fine voice at the Bolick & Traditions Pottery kiln opening on Saturday. 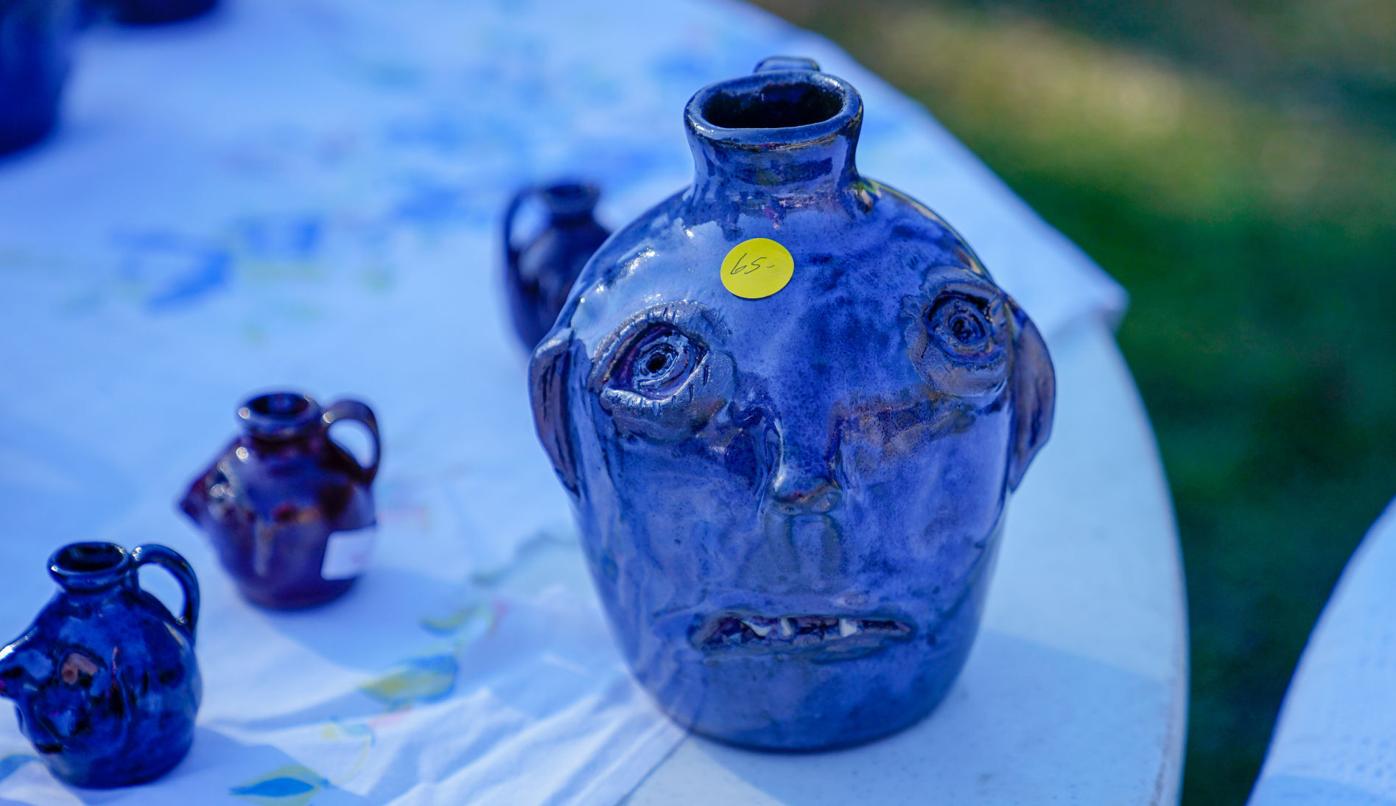 Now here is a jug o’ fun, and colorful, too. Items large and small were unloaded from the kiln when opened on Saturday at the Bolick & Traditions Blackberry campus.

BLOWING ROCK — Twice a year, the Bolick and Traditions Pottery family stages a public kiln opening. By the enthusiasm of the crowd on the Bolick campus Saturday morning, not even a coronavirus named “COVID” could put a damper on things.

The morning began on Saturday with the opening of the traditional wood-fired kiln that, when operating, reaches temperatures approaching 2500 degrees Fahrenheit. It had cooled off quite a bit, thankfully, as those gathered to witness the opening waited in anticipation of what treasures might be withdrawn from the earthen, stone and brick construction by the family members how crawled inside to remove the items.

“One of the most exciting things about actually opening the kiln is to see what colors come out,” said Glenn Bolick, family patriarch, pottery artist, musician and old-time storyteller, on Saturday. “They can be very different from one firing to the next.”

“There is some kind of chemical reaction that occurs when we open the kiln door to put more wood on the fire,” said Bolick about the coloring process of the artwork. “Opening the door lets cold air sweep in, and I think some sort of chemical reaction between the hot, the cold and the pottery material is responsible for the differences in color.”

Once the kiln was emptied and the contents carried over and placed on a long table, with bright yellow “caution” construction ribbon encircling the whole thing, The gathered crowd was instructed to stay behind the “ropes.”

Bolick, his daughter, Janet Calhoun, and her husband, Mike Calhoun, both of whom are the principals and owners of Traditions Pottery in Blowing Rock, held court for a bit. They talked about the pottery creations on the table, then turned things over to an auctioneer who apparently doubles as a church pastor.

After the auctioneer had some fun putting out for bids some unusual items — and bringing in some $200 in the process. The yellow ribbon was then dropped to the ground and the crowd cautioned by Bolick, “But stay where you are until you hear the bell!”

It took a moment for the bell to be found, but soon it was a ringing and the crowd raced to the table, each with a gleam in their eye and hellbent on “capturing” for their purchase an item they had been espying from afar. The shouts, the laughs, the mini-confusion…it reminded non-participants of kids after a pinata had been broken, scrambling willy-nilly for the candy.

Once someone had secured their prize, off they marched to the cashier for the purchase, where Janet Calhoun and her team carefully wrapped each item in tissue paper and placed it in a bag.

Judging from the line wrapped around the cashier’s building, business on this day was exceedingly good.

Like many small business, Traditions Pottery has been affected by the pandemic. Bolick said that there wasn’t as much in-person marketing going on such as art shows, state fairs and such, “But our online business is doing very, very well. I couldn’t have set that up, but my daughter did and it is going real well.”

With a couple of hundred people down at the Blackberry campus for this morning’s event, Santa’s sleigh may be heavier than it otherwise might have been — with pottery.