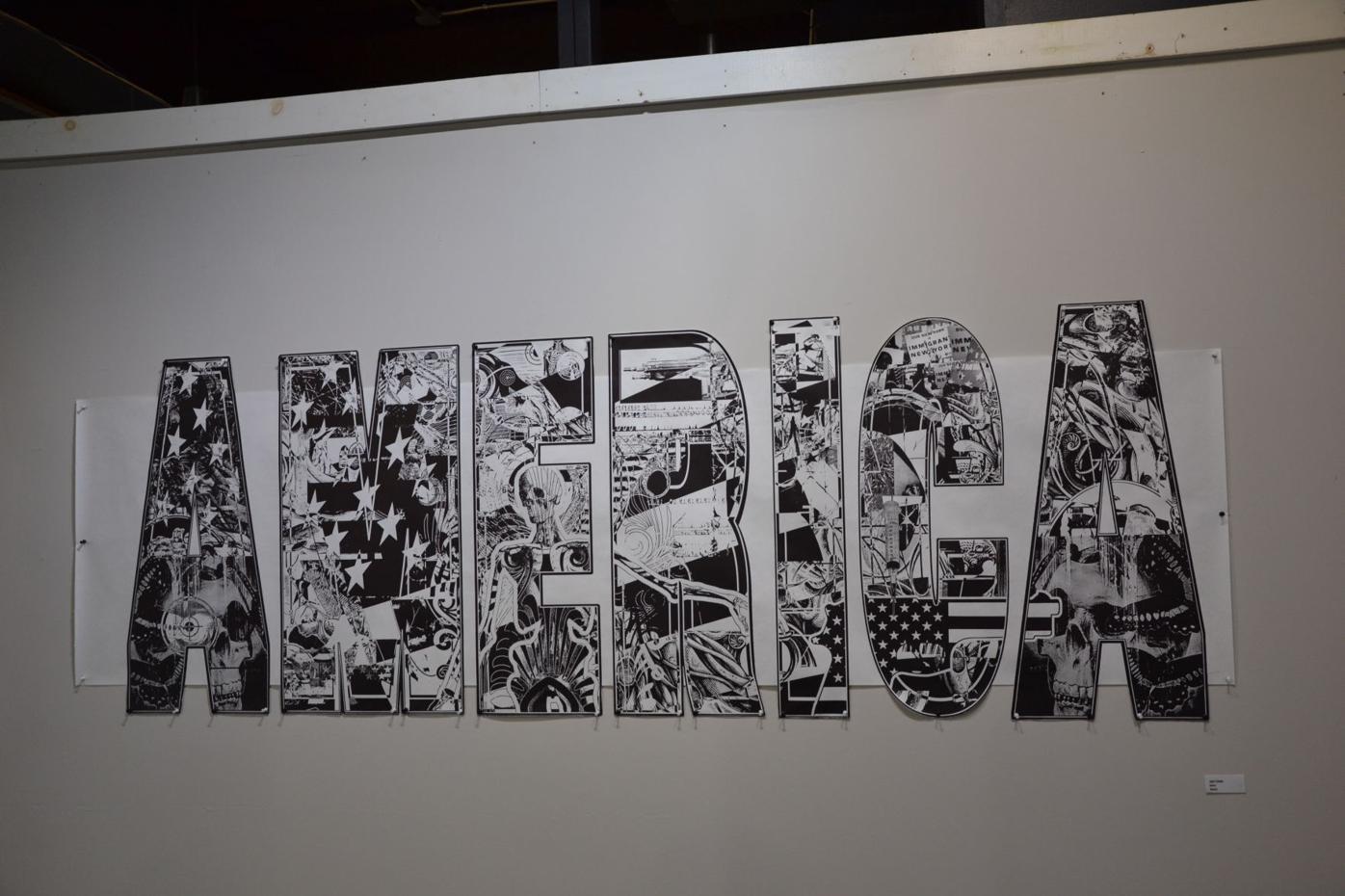 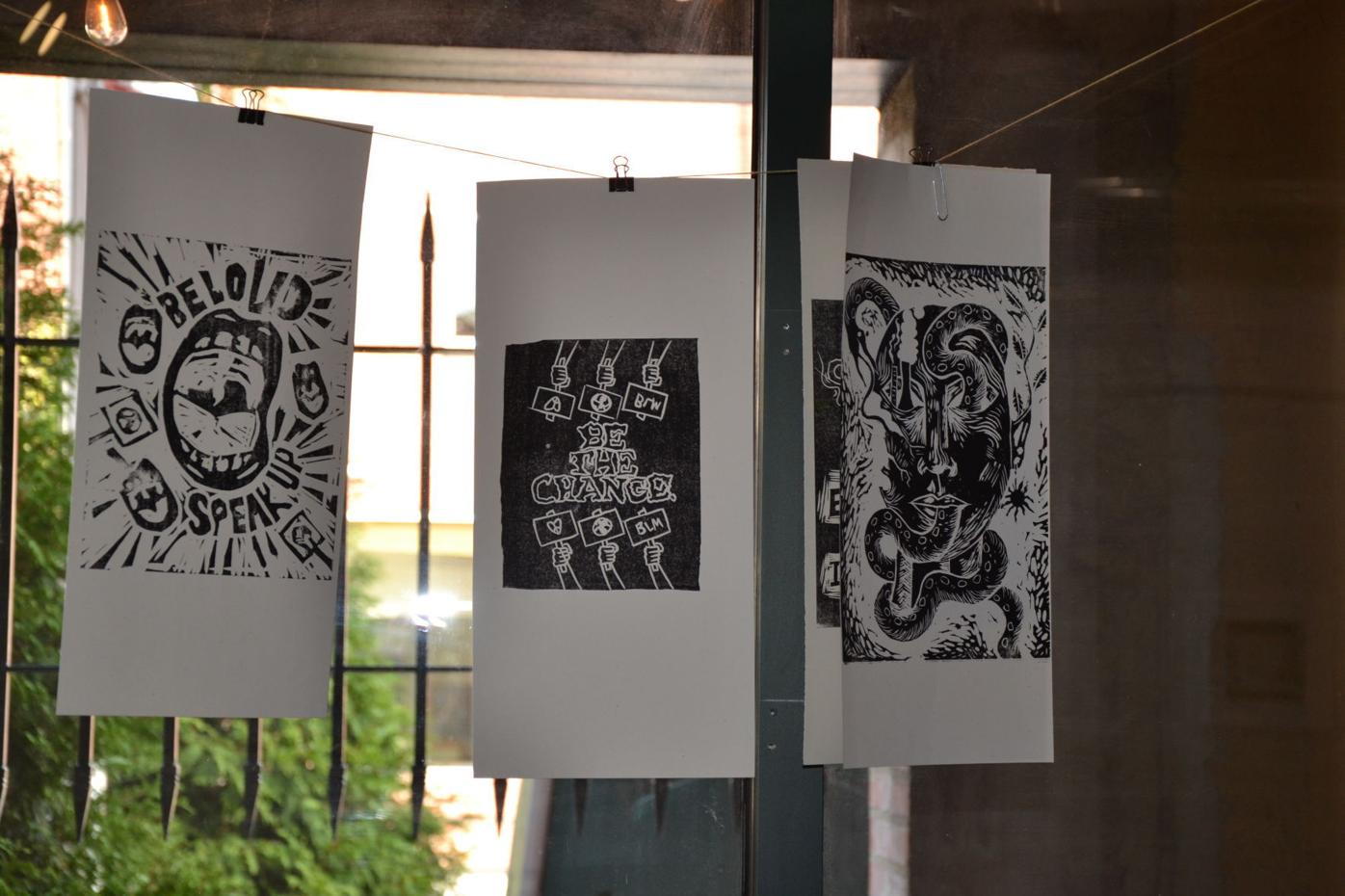 Prints hang in the window at King St. Art Collective. 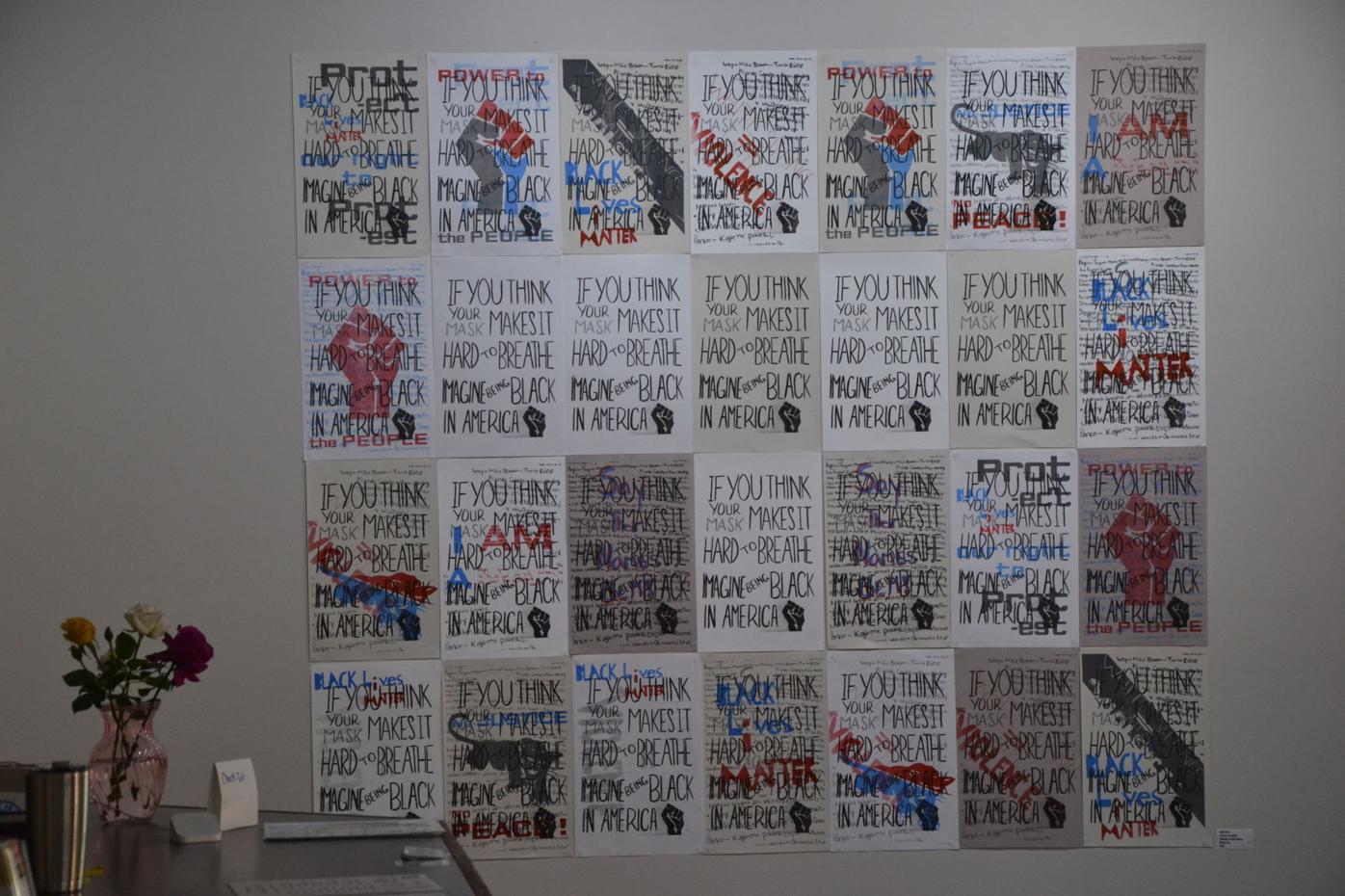 A collection of posters on display in King St. Art Collective bear the names of individuals killed by police. 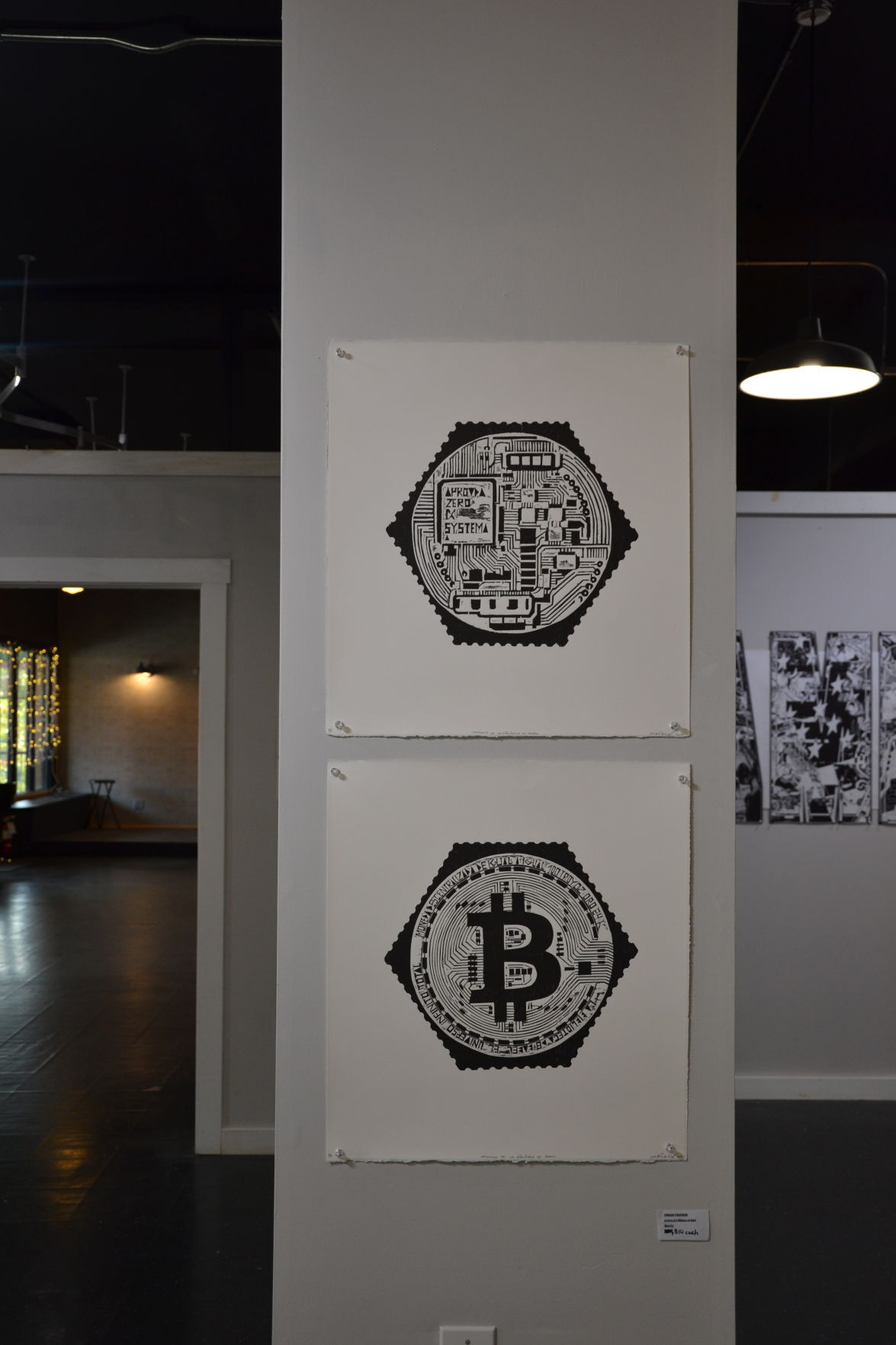 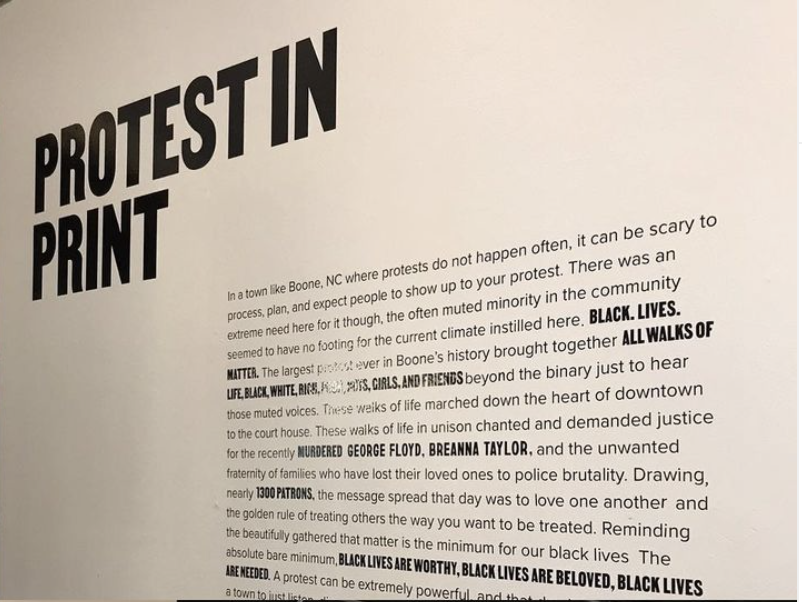 Protest in Print is on display at King St. Art Collective through Sept. 24.

Prints hang in the window at King St. Art Collective.

A collection of posters on display in King St. Art Collective bear the names of individuals killed by police.

Protest in Print is on display at King St. Art Collective through Sept. 24.

Scott Ludwig, a Studio Art professor and Printmaking Area Coordinator at Appalachian State University, is one of the many activists, educators and students using protest as an art form.

“Printmaking is part of a long tradition of resistance and protest,” he said. Over the last five years Ludwig said he has felt an urgent need to create work that “raises consciousness in some shape or form.”

‘America,’ a mural-sized wood blocking print, is one of the largest works on display at the exhibit. Large block letters that spell out America, contain images of guns, money and needles.

Like many of the pieces in the exhibition it points to themes racial injustice, surveillance, violence, economy, religion, immigration, and power.

The skulls and skeletons inside the letters are designed to remind the viewer of the futility and transience of life, Ludwig said; and the guns are a comment on gun violence and American culture.

The piece is a slight diversion from Ludwig’s photographic work.

“At one point it didn’t make sense for me to be making insipid pretty pictures,” he said.

Print, he said is the most democratic of the visual arts. Any message he said, can be mass produced quickly and inexpensively.

“It’s all around you,” Ludwig said. “Newspapers, billboards, flyers, posters; it’s a natural fit for the messaging of any protest.”

In collage of posters adjacent to Ludwig’s piece, symbols and phrases of Black resistance are printed atop the names of people who have lost their lives due to police violence in the last ten years.

Local activist, Raheim Andrews, submitted an artist’s statement for the opening reception of the exhibit on Sept. 3. In 2020, Andrews organized a Black Lives Matter protest down King St.

“I hope the message sent to people here is not to be afraid to not be afraid to protest things; challenging the norm is an important factor in growing in life,” Andrews said.

Andrews said the Art Collective has been a safe space for the art of students, teachers, and now activist to be digested and admired.

Ludwig said he hopes the space survives the pandemic.

“There’s a need for this kind of work and part of the challenge in Boone in general is the fact that we have such a dearth of galleries; Thank goodness for this space.”

Protest in print is free and on exhibit until Sept. 24 at King Street Art Collective. The exhibit also features work from Venezuelan artist Enrique Figueredo, Will Graham and Zach Carlisle Davidson.