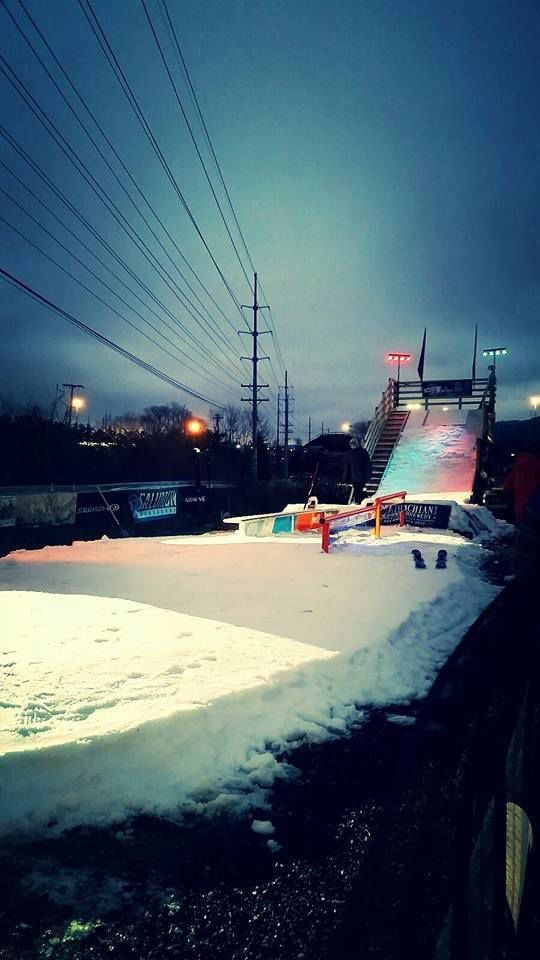 This year, Daniel Boone Rail Jam will take place on the Horn in the West Amphitheater stage.

This year, Daniel Boone Rail Jam will take place on the Horn in the West Amphitheater stage.

BOONE — Skiing and snowboarding are staples of living in the mountains, but for those who don’t have time to hit the slopes, or for those who’d rather act as spectators, Appalachian Mountain Brewery is bringing a day of winter sports action directly to Boone.

The Daniel Boone Rail Jam (formerly known as Winter Rail Jam), is returning for its third year with a new location, more rails and more activities. This time around, the event is taking place on Jan. 21 at the Horn in the West Amphitheater at the Daniel Boone Park.

“The ski competition will take place on the stage,” said Rail Jam creator and AMB director of retail operations Danny Wilcox. “Last year, we had more than 1,000 people, so this will give plenty of parking and visibility for the competition.”

The Rail Jam is an intermediate ski and snowboard rail competition featuring a large ramp built by VPC Builders and designed by IONCON, and four rails on top of snow trucked over from Appalachian Ski Mountain, who have been a key sponsor for the event since its inception, along with Salomon Outdoor Gear.

“This time we’ve added more for families and the community with various snow activities for all ages,” said Wilcox. “There will be a team snowman building contest, a DJ out there and live music between competitions.”

To add more excitement to the Rail Jam, with what can be compared to as a Winter X Games vibe, the event will feature a 20-by-18 foot video screen on site broadcasting the event, and thanks to Skyline Skybest, it will be televised on local networks.

Wilcox came up with the Rail Jam idea from similar competitions he participated in, where he learned it was a great way to reach out to a larger community.

Rail Jam has already expanded significantly since its inaugural year, but Wilcox hopes to keep taking it further as years pass.

“We’re hoping it turns into a large community event,” he said. “The goal is to turn it into a weeklong Boone winter fest, which we don’t currently have here. It will bring more people up here to the High Country.”

Admission for the Daniel Boone Rail Jam is $5 for the general public, and $20 for competitors, with discounts available online. A new VIP option is also available this year. Proceeds go back to the amphitheater.

To add to AMB’s mission to get involved in the community, Wilcox said if you volunteer a minimum of one hour at a local nonprofit or for a community service project, your entry fee will be waived.