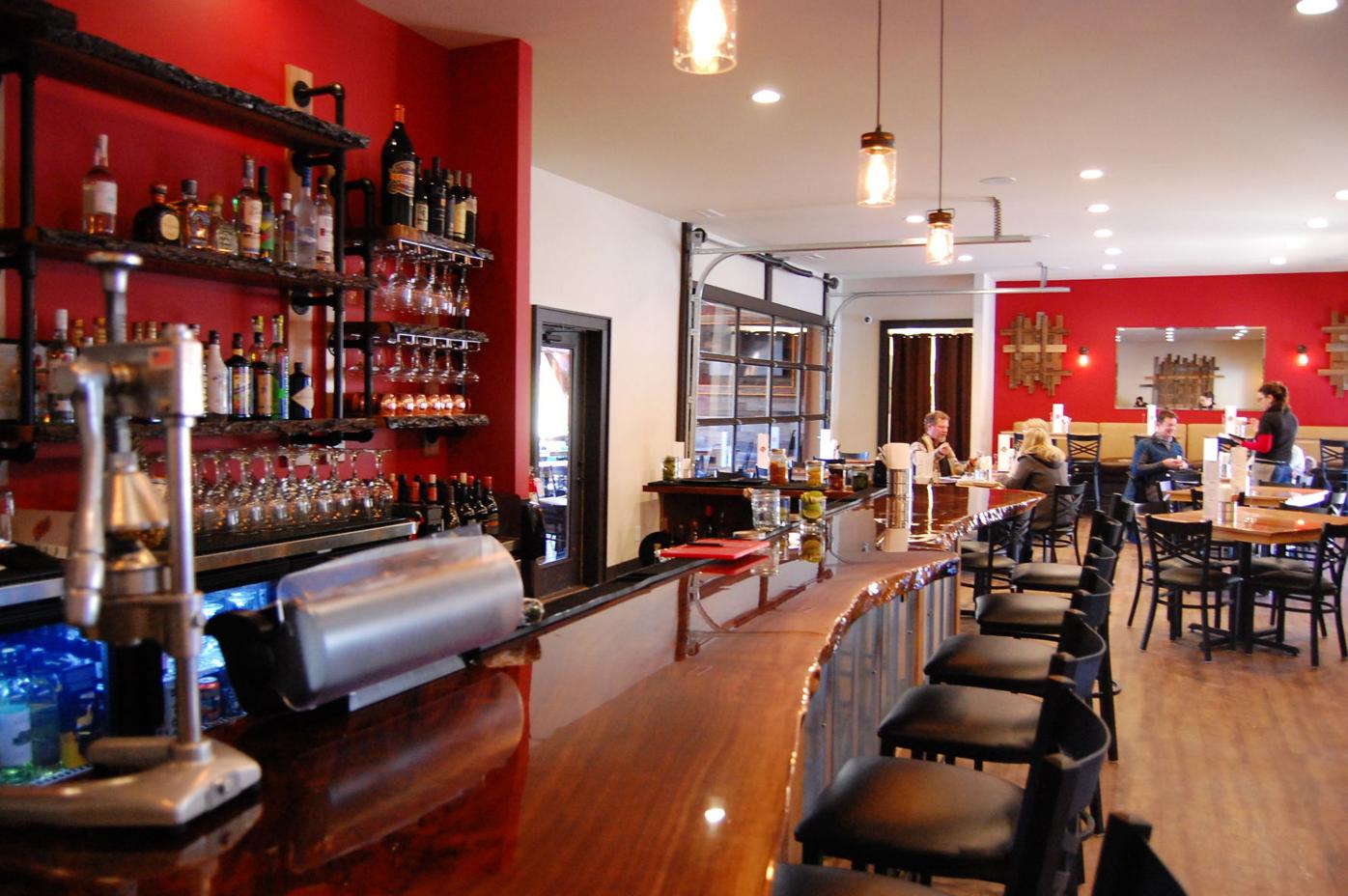 At the corner of Route 194 and Beech Mountain Parkway, not far from Banner Elk’s only traffic light, there is the newly-refurbished Eagles Nest Marketplace. A new restaurant and pub has opened there with a Cuban-Caribbean groove called Bodegas Kitchen and Wine Bar. A fresh face on the restaurant scene, Bodegas’ overall theme honors a unique, American family story.

Like a lot of people that inhabit the High Country, the couple is not from the area, yet are now making the mountains their home.

Alcazar was born in Connecticut to a father in the telecommunications industry, lived in Mexico City from ages 1 to 5, and then spent the rest of his younger years growing up in Miami, Fla.

He made his way through the restaurant industry not by being a cook, but by learning it from the business side of things. When he was 18 years old, he took a side job as a busser at a tennis tournament working in the VIP lounge and that sparked an interest. While in college, he bartended after going to class and then after college, Alcazar became an inventory manager for various bars in southern Florida, from Miami all of the way down to the Keys.

When Alcazar visited family back in Connecticut while traveling and taking a break from the grind, he was pondering going to grad school when a chance meeting led him back into the restaurant business.

Eventually, years later, he became regional manager for Buffalo Wild Wings, opening restaurants in Brooklyn, the Bronx and Harlem in New York City, and eventually working in Atlanta as well. But, a restaurant of his own was always the dream.

Because of an illness in the family, Alcazar’s mother and father bought a second home on the slopes of Beech Mountain to take advantage of the cool weather. When Alcazar visited his parent’s condo in the High Country, he fell in love with the area and stopped in at what was becoming Eagles Nest Marketplace and the idea for Bodegas was hatched.

The story of the Alcazar family, however, goes back to a momentous period in time in the Caribbean. The Alcazar family name can be traced back to Spain, but when Alcazar’s father was a little kid, he found himself in the middle of Fidel Castro’s communist Cuban Revolution.

“My father came to America from Cuba in the early 1960s,” said Alcazar. “He left Cuba when he was about 12 years old and his family stayed behind. He needed to get out of there because the times were changing and there was a regime taking over and there were military things that had to happen. If he was there for another year, he would have ended up in the military. So, his family sent him to the United States in 1961 to some family members that were already in Miami. He lived with them until the rest of the family was able to get out of Cuba.

“My father was very lucky to get a visa at the last minute as a part of Operation Peter Pan (a project where 14,000 Cuban kids were airlifted on their own to Florida between 1960 and 1962). He said goodbye to his mother and father and spent over a year in America at 12 years old while not knowing the language, holding down the fort until the rest of his family eventually joined him.”

Multiple generations later, when Paul and Jocelyn decide to throw the dice and create Bodegas Kitchen and Wine Bar, they decided to honor the Alcazar family story.

“When you look back and hear those stories and now, when you look at the menu at Bodegas, the inspiration that we have acted on goes back to those roots and the things my father was eating when he was 12 years old,” said Alcazar. “Bodegas is definitely an homage to his family and to their fight to get to this country and to now be blessed enough to call this country home.”

Banner Elk has also proven to be a wonderful place to relocate for this entrepreneurial pair.

“We ended up meeting Will and Mark Adkins who are the owners of Eagles Nest and the Waterfront Group and we started talking about the possibilities of creating a new establishment,” said Alcazar. “I was at the point in my life where I wanted to make a life-changing decision and move up here to Banner Elk and be a part of this amazing community. We were lucky enough to catch that spark before it flamed. Jocelyn is a snow bunny who loves the mountains and is a snowboarder who has lived out west along the U.S-Canadian border. As for me, who has lived in these big cities of Miami and Atlanta and New York, everybody was worried about how I would react to living in the mountains. But I’ll tell you – I’m not going back. I love it up here.

“As for the friendships that we have forged in this community and the people that we have spent time with, I have friends now that range from 3 years old to 90. When someone passes by and asks how you are doing, it is not just a pleasantry. We want to grow some roots and have a family here. It’s a dream come true.”

Ultimately, though the summer tourists are sure to come later in the year, Alcazar views Bodegas as a local establishment.

“Bodegas was put here for the locals,” said Alcazar. “First and foremost, this is Banner Elk’s restaurant. We are absolutely here for those that come in the summer time and spend some weekends here as well. But, our goal is to make this a very approachable place where everyone can feel like they can come in and have a beer and have a taco and a sandwich. We look at this place as a big picnic table.”