Log In Sign Up
You are the owner of this article.
Edit Article Add New Article
Home
News
Entertainment
Columns
Books
Movies
Art
Music
Calendar
Marketplace
Classifieds
Visitors
About Us
Wautauga Democrat
Blowing Rocket
Mountain Times
All About Women
HighCountryNC
About Us
Contact Us
Subscribe
Advertise
1 of 2 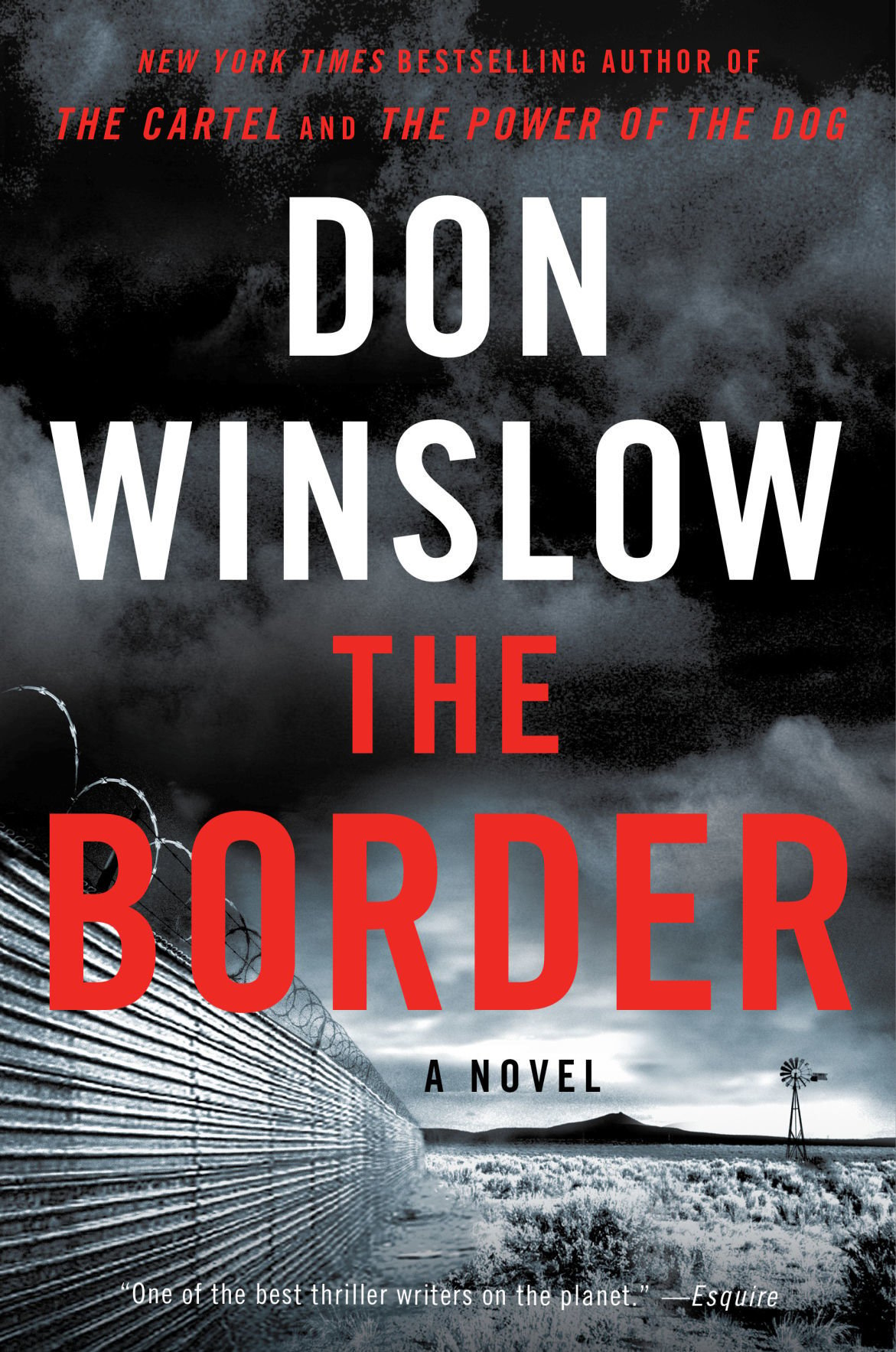 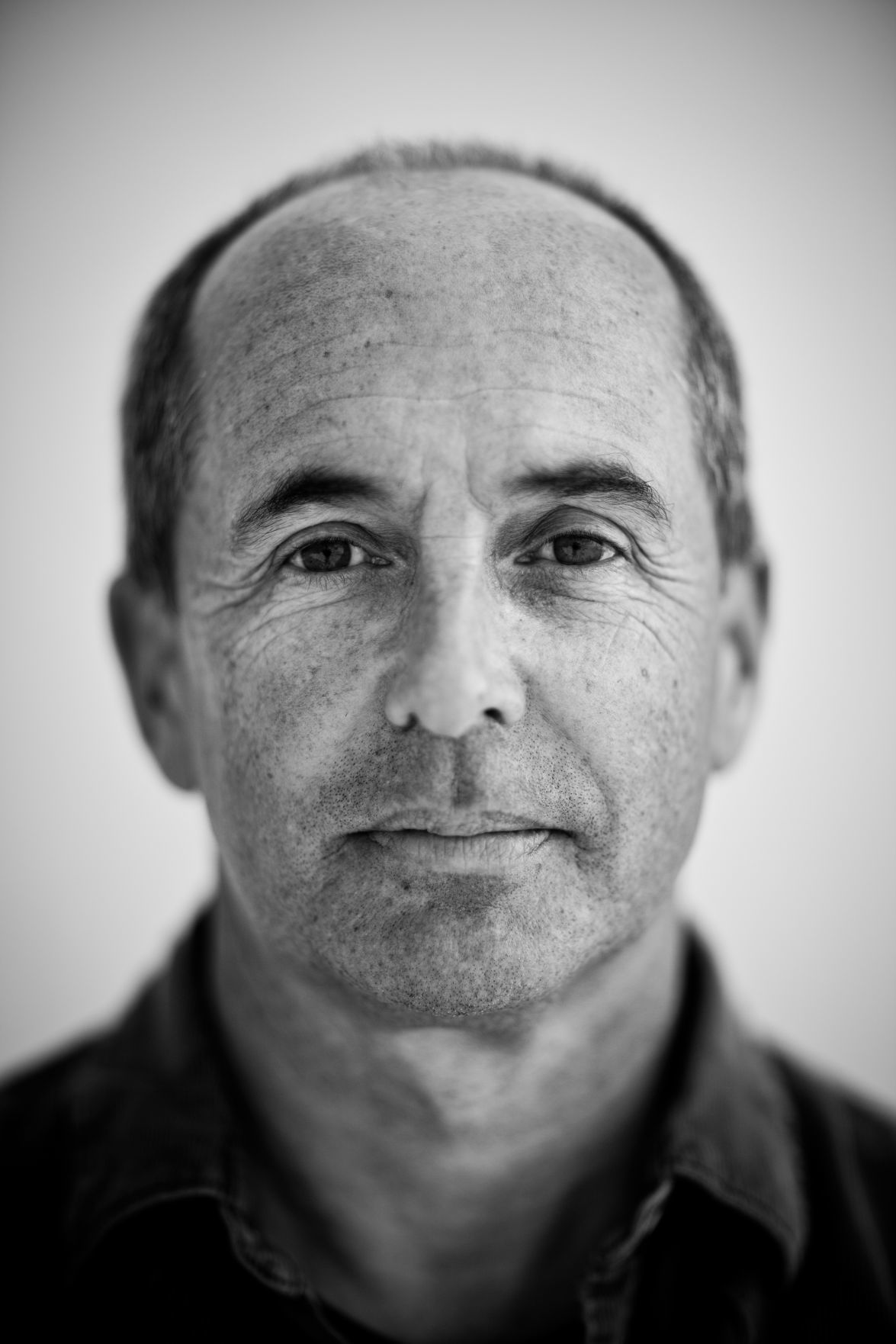 Few authors use a book’s dedication page to the effect and impact as does Don Winslow.

Winslow, author of more than a dozen best-selling novels, including “The Border” (William Morrow), the culmination of his seminal drug war trilogy out this week, writes dedication pages that are often deep and long and tragic.

Consider the more than three pages of dedication in his police novel “The Force” (see our review at https://bit.ly/2VmUNn0) — listing the names of each “law enforcement personnel murdered in the line of duty” during the time Winslow was working on the book.

Or the multiple pages of dedication in “The Cartel,” the second book in his drug war magnum opus, listing the names of “journalists murdered or ‘disappeared’ in Mexico during the period covered in this novel” and ending with the ominous “there were others.”

And the full page of authors, artists and “all journalists everywhere” to whom Winslow dedicates “The Border.”

When it comes to the author’s newest novel it is that final dedication that is most telling.

Winslow is quick to point out that he is no journalist, but his fiction is so researched, so nuanced and realistic, it is impossible to read the more than 2,000 pages of his drug war trilogy, the Cartel Series — “The Power of the Dog” (2005), “The Cartel” (2015) and “The Border” (2019) — without comparisons to the efforts of New Journalism, or the “nonfiction novel,” perfected by the likes of Truman Capote and others.

Like Capote, Winslow spends years researching his works before they are ready for publication. He takes bits of pieces of true drug lords, cartels and syndicates to fashion his fiction. He tells compelling stories written in muscular, graphic prose that makes readers cringe, audibly gasp but refuse to look away no matter how much they might want to.

Because you will want to. Yet, Winslow, who may not be a journalist, seems to write by the journalist’s credo, “comfort the afflicted, and afflict the comfortable.”

Not that you’ll find much comfort in the three books of the Cartel Series.

The story that begins in “The Power of the Dog,” from which springs two adversaries whose mutual desire for revenge will fuel hundreds of pages and myriad tentacles of subplots reaching throughout Mexico and United States, centers on obsessive DEA agent Art Keller and drug lord Adan Barrera — and continues for 700 more pages of horrific detail in “The Cartel.” With “The Border,” the story moves into the United States and reaches deep into the drug problems plaguing the nation, and the depth to which the faintly disguised current political landscape plays a part.

Winslow’s work here is unprecedented and exhaustive — the effort of which could account for his terse reply to the idea of yet another sequel in a recent interview with the Mountain Times.

Yet, it appears that the story may not end here as Winslow is currently offering his thoughts and experience to the White House through our president’s favorite medium.

Follow Winslow there at @donwinslow, but first read his interview on “The Border,” edited for length and clarity, with the Mountain Times:

Tom Mayer: “The Border” completes a trilogy of novels that began with “The Power of the Dog” and continued with “The Cartel” that can be read, separately or together, on multiple levels. One way I view them is as the best examples of advocacy journalism — cut from the same cloth as Truman Capote’s “In Cold Blood” or Jerry Bledsoe’s “Death by Journalism.” Then, I look at things such as your dedication pages — remarkable reading in themselves — that add another layer of complexity. With all that being said, what was your driving force for writing what amounts to more than 2,000 pages of the War on Drugs, the ever-present Sinaloa cartel and the vast tentacles of both?

Don Winslow: Well, first, thanks for those comparisons. I’m flattered. But I’m really not a journalist, I’m a crime fiction writer. Now, yes, in these three books I wrote pretty close to the bone, there’s very little in any of them that didn’t actually happen. The driving force was that I thought that I could bring some sort of understanding, albeit fictionally, to events that were kind of inexplicable. That might sound egotistical, but I think that fiction can bring the reader close to a story in a way that journalism can’t — or shouldn’t, anyway — in that we fiction guys are allowed to imagine the thoughts and feelings of our characters.

TM: “The Border” is even more muscular, more brutishly honest and descriptively horrific than its predecessors. Taken together, they weave a generational and intricate portrait of the drug trade in graphic detail. But something that each book, including “The Border,” has in common is that they could be a standalone novel. Once you completed “The Power of the Dog,” did you imagine you’d be continuing the story 14 years later?

DW: Not at all. After I wrote the first book — “Dog” — I thought I was done with the topic of the War On Drugs. I swore I wouldn’t go back there again. Then I did, with “Cartel.” After that book, I also thought that I was done, I thought — foolishly, it seems now — that there was no more story to tell. Once again, I was wrong. You know, it’s been 14 years since “Dog” was published, but I spent about five or six years researching and writing it. So, I’ve been on this story for over 20 years — a third of my life. No one is more surprised about that than me.

TM: That being said, and without giving any spoilers — a great part of the fun of reading a Don Winslow novel is the abrupt plot twists and character conventions — is there more to the story? And by that I mean the overall story of the cartels, the vanishing borders, the drug wars themselves. In other words, given your fertile imagination, your penchant for research and commitment to highlighting in great detail our societal ills, could there be a fourth part of the trilogy?

TM: The context of these three novels culminates in the title of the current release. Clearly, from page 1, you’re not writing about only physical borders between one nation and another. The novels are textured with emotional borders, ethical borders, moral borders, borders that are crossed and borders that are shredded en masse. Would you speak about that?

DW: Well, it’s really all there in your question. A big part of the book is about, yes, the physical border between the U.S. and Mexico, but I think the larger part is about those ethical, moral, emotional and intimate borders that we either cross or shy away from. The big question for the central character, Keller, is whether, having crossed some of those borders, can you ever cross back? We tend to think of borders as static, permanent fixtures, whereas they’re really fluid (the Rio Grande changes its course) and permeable. We tend to think of a border as something that divides two entities, but at the same time it’s something that unites two entities — it’s something they have in common.

TM: Your previous work has often been cited as being “ripped from the headlines,” and although you may not have envisioned it a decade and a half-ago, “The Border” couldn’t be more timely given the current state of the Mexican-American border, the opioid crisis, the treatment and containment of migrant children and the economic influence of big business on the drug trade. Given our current political divide, not everyone is going to be happy with this novel. …

DW: I think that’s true. But I’m not Disneyland; I’m not in the “making happy” business. I view my job as bringing the reader into a world that he or she couldn’t otherwise go, and to do that, I have to show them a real world, in all its beauty and ugliness. Now, some folks won’t like the latter, they’ll be offended. That’s the risk we take as readers and writers. It’s nothing new to me — I’ve made cartel people unhappy, cops unhappy, right-wing people unhappy, left-wing people unhappy. … As to some of the specific people who aren’t going to be happy with this book, good. I’m happy to make them unhappy.

TM: Speaking of current events, what are your thoughts on the federal conviction of Joaquin “El Chapo” Guzman — a real-life drug lord who you loosely drew on for the characterization of Adan Barrera?

DW: Look, it’s a good thing he was convicted. He’s done far worse things than he was charged with. He’s caused untold suffering, more in his country than in ours. I have no sympathy for him. So it’s something like justice. Unfortunately, in the larger picture, it will make no difference to the drug problem as a whole. The flow of drugs didn’t stop for a second after Guzman was captured and recaptured. More heroin has come into the country since Guzman has been in jail than before, more people have died of overdoses. The money is so big that someone will always be willing to fill the spot vacated by Guzman or his countless predecessors. It makes no difference — as long as we want to buy, someone will sell.

TM: Finally, I’m curious as to how these novels — “El Power del Perro,” “El Cartel” and the anticipation of “La Frontera” — have been received in Mexico and Central America as compared with the reception in the United States?