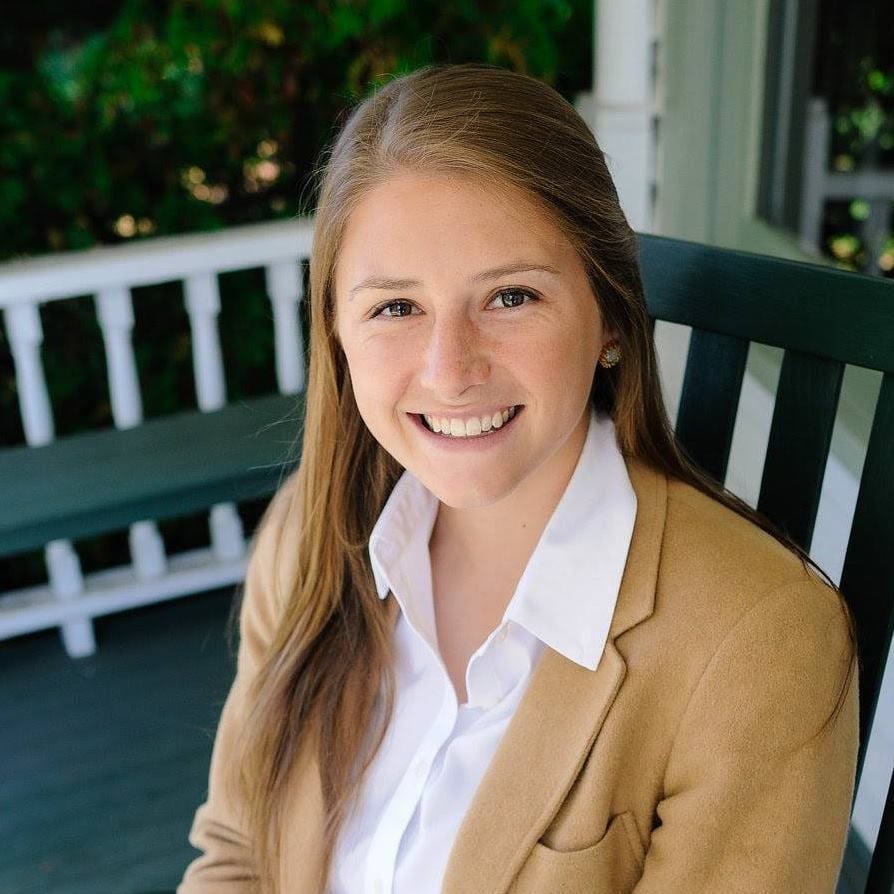 Julia Roberts is a Boone native who is living in Sapparo, Japan, as a middle-grade teacher in a public school. 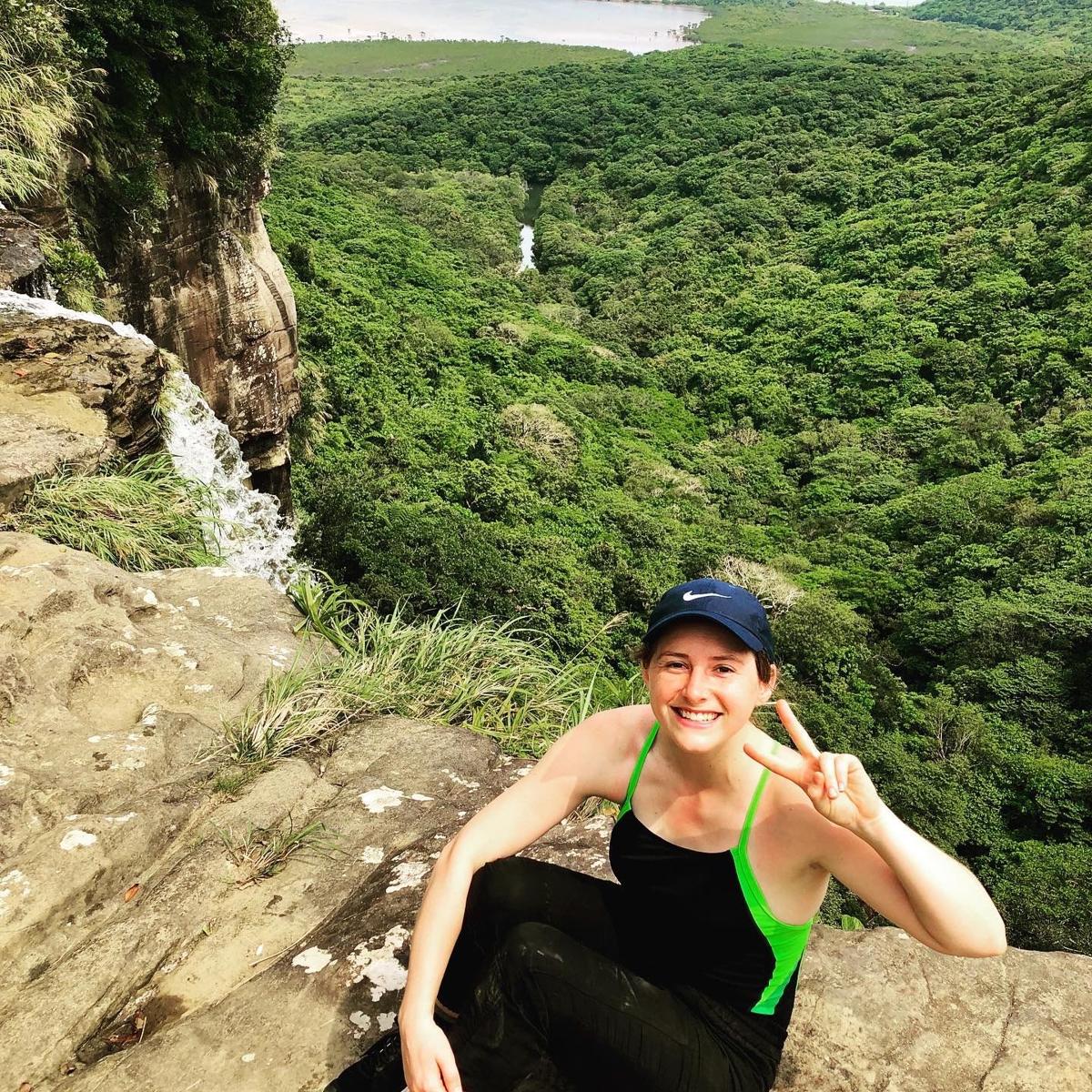 Julia Roberts poses at the peak of a hike. 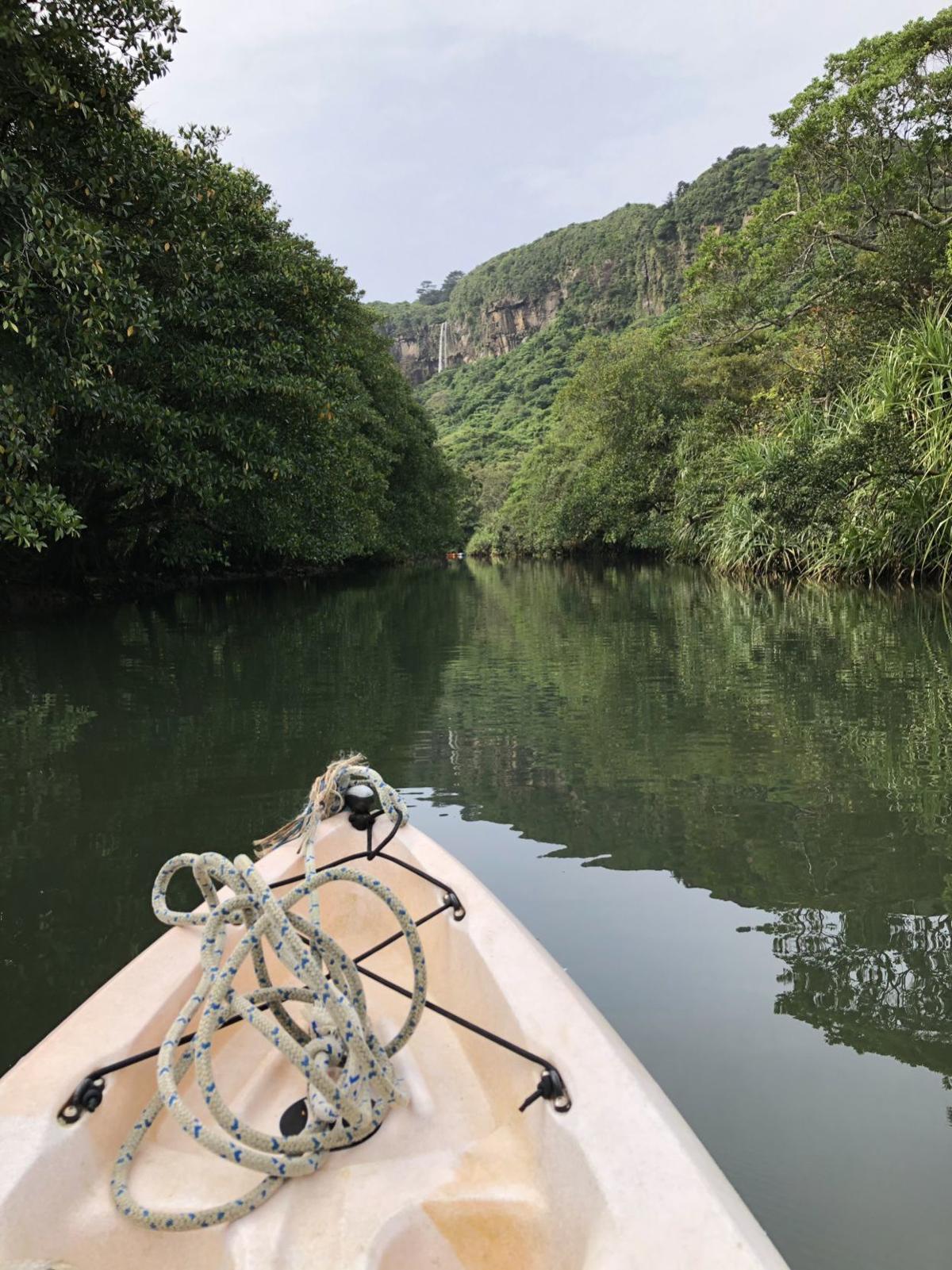 Julia Roberts is a Boone native who is living in Sapparo, Japan, as a middle-grade teacher in a public school.

Julia Roberts poses at the peak of a hike.

Julia Roberts is a Boone native who is teaching middle-grade students in Sapporo, Japan, as a part of the JET Program.

The following Notes from Japan from an update Roberts sent home via email on May 1, 2020.

In Julia Roberts’ May 1 update about her travels in Sapporo, Japan, she detailed an adventure that began “on the morning’s first ferry.”

“I had been staying in Japan’s westernmost city, the tropical Ishigaki, and was now bound for the city’s remote neighbor, Iriomote Island. Renowned for its unspoiled nature (some 90 percent of the land is protected and undeveloped) and its elusive and endangered Iriomote wild cat, the island was a beloved destination for nature lovers.”

Roberts noted that from the beginning, the day of adventuring “exceeded her expectations.”

The ferry, different from the ones Roberts has experienced in the U.S., was able to transport its passengers across “some 20 miles of ocean in a mere 40 minutes,” she said.

Upon arriving at Iriomote Island, Roberst took a moment to recognize the “deserted castaway island.”

“I must have seen fewer than 50 people that whole day,” she said. “But solitude did not mean silence. The rainforest all around me was loud and alive with exotic bird song and, hilariously, the bleating of the occasional domesticated goat. I managed to find a shaky bicycle for hire at a quiet guesthouse. When I inquired about a lock, the host laughed kindly and assured me that no one would take my bicycle.

“‘Afterall, where would they take it if they stole it?’ he asked, smiling.”

Equipped with her next method of travel, Roberts set out for a trailhead that would hold the next leg of her adventure to Iriomote.

“Finding the trail became quite a challenge, and I wandered around unsuccessfully for some time. I was about to give up when travel luck found me and a group of four local hikers came marching my way. Two chatty children and their friendly guardians were setting out for the same hike — and they knew the way,” Roberts said.

“I watched as they walked confidently down the unmarked rocky streambed that was apparently the trail. I checked the time, thanked the heavens and set off after them. They were the sweetest hiking companions,” Roberts said. “Across rivers and up the steep rainforest path I followed them until the trees finally cleared and we found ourselves on the edge of a 170-foot cliff. We had arrived.”

The group enjoyed the picturesque view of the Pinaisara plunge waterfall, took pictures for one another and ate lunch together before Roberts decided to continue her day-long adventure on her own, exploring the area surrounding the waterfall further.

“Before the day was through, I had the chance to enjoy a kayaking trip through peaceful mangroves, seeing elegant little egrets, tiny fish nurseries and a startled stingray along the way. I wrapped it all up with a scenic but bumpy (rumble strips have been placed all along the road in an effort to protect the critically endangered Iriomote cat) bus ride to the far end of the island where I caught a late afternoon ferry back” home, she said.

Back on Ishigaki, Roberts celebrated her successful adventure with an unexpected taste of home, a rootbeer float from A&W (an American chain found only in Okinawa Prefecture, likely as a result of the American base there, Roberts added).

“Float in hand, I headed down to a seaside park to people-watch in the setting sun. As I sat there reflecting on my exciting day, I was struck out of nowhere with a sense of sudden guilt. The day’s adventure and the experiences I was having on this trip to southwestern Japan were showing me something I had been ignoring for too long. This trip was revealing just how much I had misjudged Japan.”

Roberts went on to explain, “You see, to many Westerners, especially Westerners living in Japan, the Japanese culture is one of restrictive conformity. They see it as a single, uniform culture with people who are unwilling to accept diversity.”

“I too had accepted this story of Japan … I had arrived in Japan with the preformed assumption that I would find a society without diversity and, in the months following that arrival, I had let myself see only the evidence which confirmed that assumption. I had let myself fall into the age-old trap of judgment and wronged my Japanese friends and colleagues in the process.”

In her adventure to Iriomote Island, Roberts realized just how vast and misunderstood Japan’s history is.

“This trip had opened my eyes to see Japan’s diversity (geographically),” Roberts said.

“There I was, standing in the 70-degree sun at 6 p.m. while Sapporo, my city of residence on the northernmost Japanese island of Hokkaido, was dark and buried in Siberian snow. It was some 18,000 miles (about the distance from Boone to Salt Lake City) and 40 degrees of latitude between Ishigaki and Sapporo (about the same as that separating Miami from Montreal, Canada). While kids in Sapporo were making snowmen for fun (typically made with two balls in Japan rather than the usual American three), children here were hiking up waterfalls and fishing off piers.”

Roberts said that these realizations then began to open her mind to other diversity in Japan that she had noticed “but somehow ignored.”

“The unique history of northern Hokkaido with its indigenous Ainu people, the stark difference between the traditionalism and religiosity of Kyoto from the urban modernism of Sapporo, the tolerance and multiculturalism of Nagasaki, the cosmopolitanism and creativity of Tokyo. And then I was noticing traits in my Japanese friends and students: flares of individuality and evidence of independent thinking. Yes there was so much more to Japan than just the single, nail-hammer, society. Grateful, I sat there on the pier and let the warmth of the setting island sun melt the bias from my heart. Truly, from the first exhilarating ferry ride, it had been a day that exceeded all expectations.”

While Roberts sends periodic emails, she posts more frequently on her Instagram page, which can be found by searching @jrob2japan.

Notes from Japan is a periodic article published by the Mountain Times that includes updates from Roberts, including things that she misses from home and notable cultural differences that she encounters in Japan, along with details from her adventures on the other side of the world.