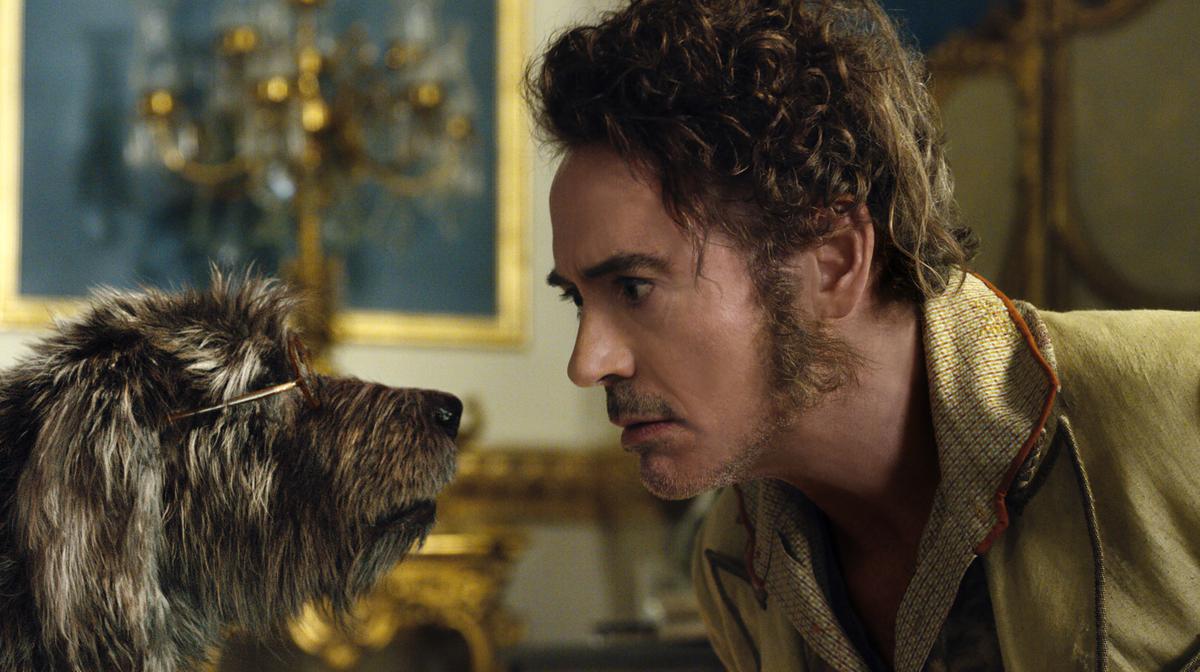 John Dolittle, portrayed by Robert Downey Jr. with Jip the dog, voiced by Tom Holland, in a scene from 'Dolittle.' 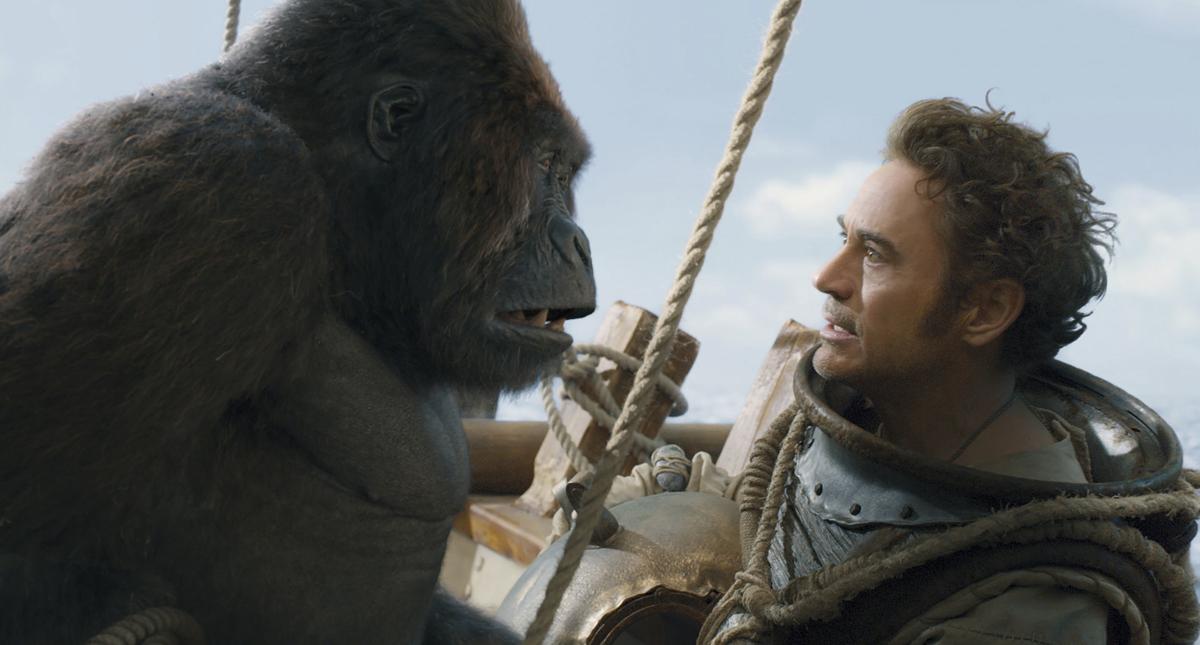 Chee-Chee the gorilla is voiced by Rami Malek, left, and Dr. John Dolittle is portrayed by Robert Downey Jr. in 'Dolittle.'

John Dolittle, portrayed by Robert Downey Jr. with Jip the dog, voiced by Tom Holland, in a scene from 'Dolittle.'

Chee-Chee the gorilla is voiced by Rami Malek, left, and Dr. John Dolittle is portrayed by Robert Downey Jr. in 'Dolittle.'

I talk to animals. But my cat rarely answers back. I don’t seem to have the linguistic abilities of Dr. Dolittle.

As a kid, I used to read the Dr. Dolittle books by Hugh Lofting. There were about 15 of them. The illustrations made the good doctor look more like Stubby Kaye in a top hat than Rex Harrison or Eddie Murphy or — now — Robert Downey Jr.

As you’ll recall, if you read the books or saw the movies, Dr. John Dolittle was a “doctor who shuns human patients in favor of animals, with whom he can speak in their own languages.”

And you’ll likely remember Rex Harrison singing “Talk to the Animals,” the song that won an Oscar at the 40th Academy Awards in 1968. That having become Dr. Dolittle’s “signature song,” it was used again in Eddie Murphy’s 1998 remake (Louis Armstrong sings it during the end credits).

Here we have a remake of a remake. Having wrapped up his successful run as Marvel’s Iron Man, Downy Jr. has gone to the dogs. And cats. And ostriches. And giraffes. As the new incarnation of Dr. Dolittle, he speaks their language.

Downey takes on the title role. His live-action co-stars include Antonio Banderas as the king of pirates and Martin Sheen as Dolittle’s nemesis.

The lifelike CGI animals are voiced by Emma Thompson (a macaw), Rami Malek (a gorilla), John Cena (a polar bear), Octavia Spencer (a duck), Ralph Fiennes (a tiger), Selena Gomez (a giraffe) and Tom Holland (as a dog who wears glasses), among others.

The film’s working title was “The Voyages of Doctor Dolittle.” It’s mostly based on the Hugh Lofting book of the same name, the second in the popular series.

In it, Dolittle (Downey) “becomes a hermit, hiding himself away behind the high walls of Dolittle Manor, with only his menagerie of animals for company. But when Queen Victoria falls gravely ill, a reluctant Dolittle is forced to set sail on an epic adventure to a mythical island in search of a cure.”

The fantasy adventure film’s release was delayed from last May to now. Trying to get it right, director-writer Stephen Gaghan went back for 21 more days of expensive reshoots when audience test scores didn’t ring any bells. The tinkering better matched up the comedy with the animation, Gaghan says. He’s happy with the final results.

Downey Jr. tells us he got the inspiration to do this movie about a veterinarian who prefers animals to people because he lives on a ranch that was an old dog-and-cat rescue in Malibu, where he’s surrounded by alpacas, pigs, goats and chickens. “And it was like, oh, you know what? Maybe there’s something there.”

As the movie’s tagline aptly says, “He’s not just a people person.”