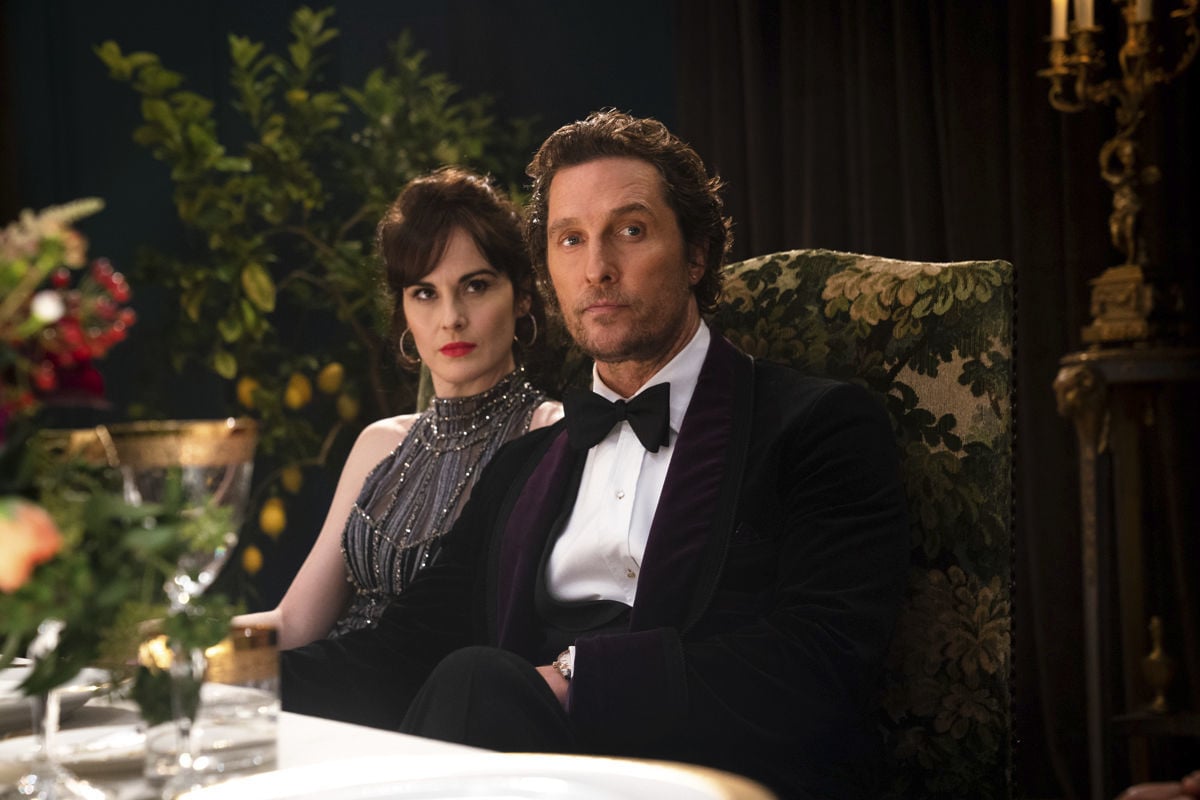 Michelle Dockery, left, and Matthew McConaughey in a scene from 'The Gentlemen.' 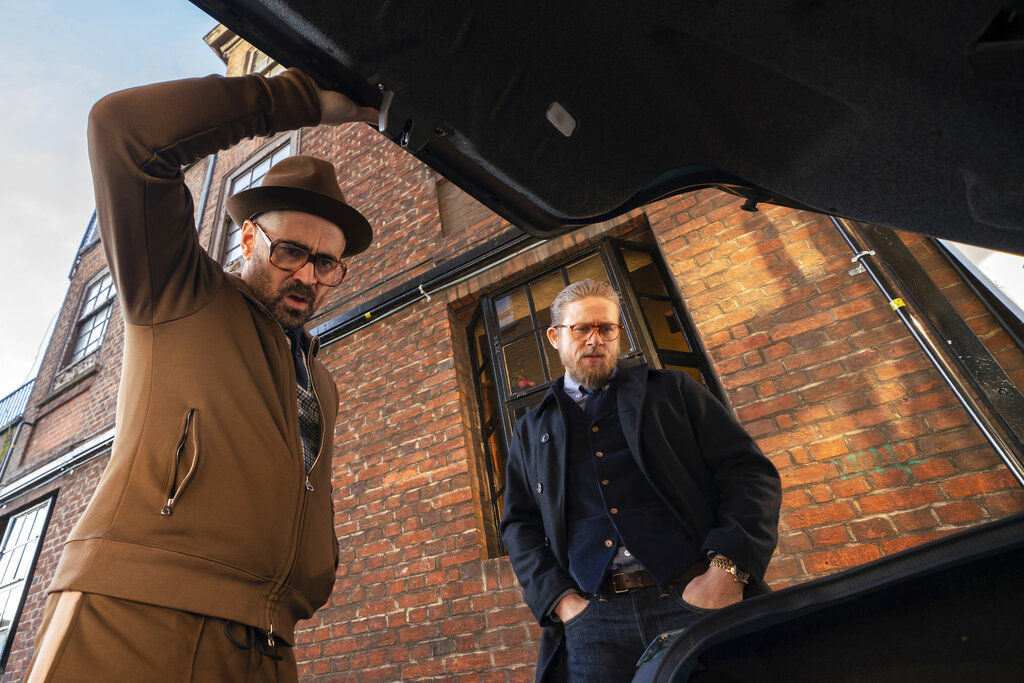 This image shows Colin Farrell, left, and Charlie Hunnam in a scene from 'The Gentlemen.' 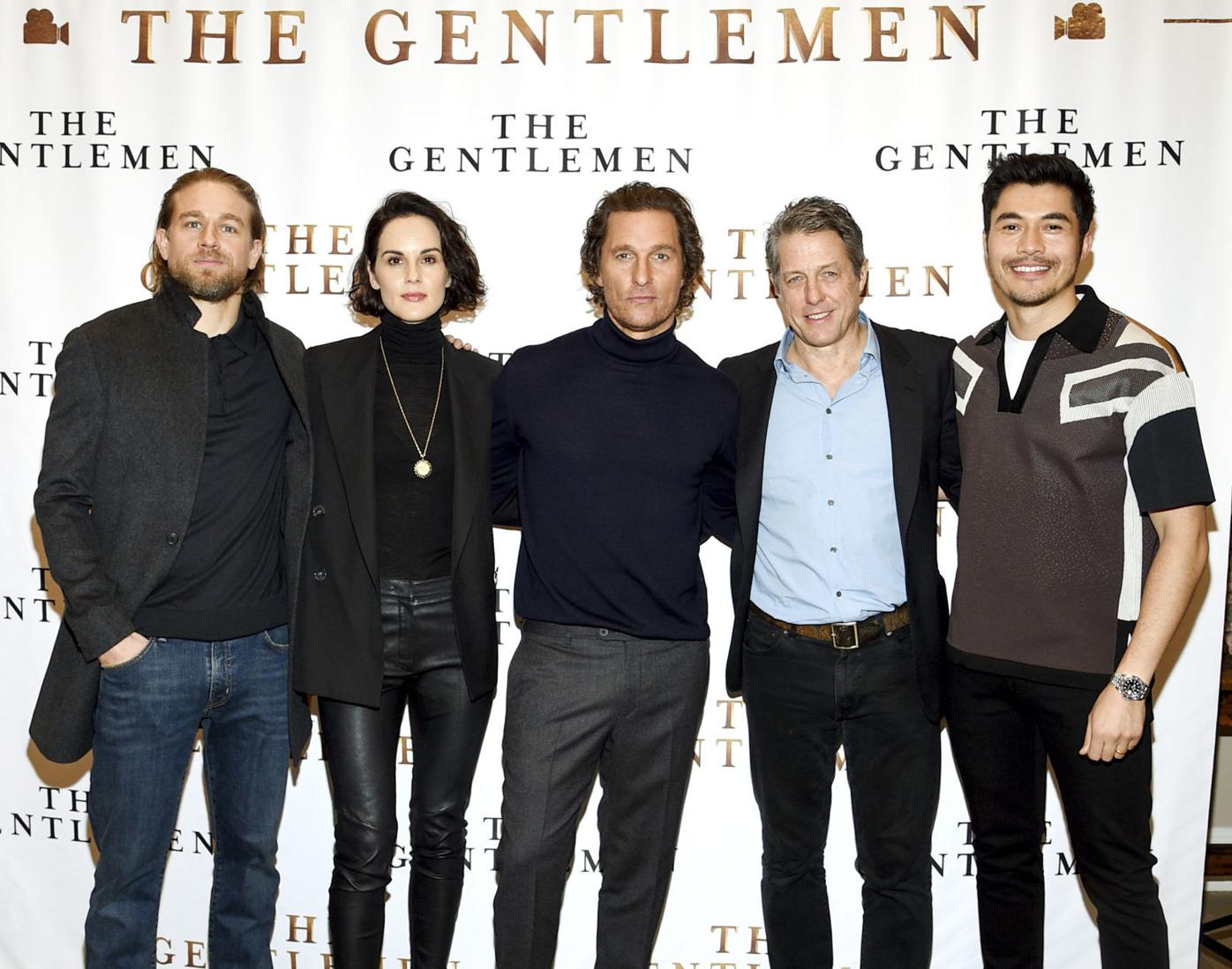 Actors, from left, Charlie Hunnam, Michelle Dockery, Matthew McConaughey, Hugh Grant and Henry Golding pose together during photo call for the film 'The Gentlemen' on Saturday, Jan. 11, in New York.

Michelle Dockery, left, and Matthew McConaughey in a scene from 'The Gentlemen.'

This image shows Colin Farrell, left, and Charlie Hunnam in a scene from 'The Gentlemen.'

Actors, from left, Charlie Hunnam, Michelle Dockery, Matthew McConaughey, Hugh Grant and Henry Golding pose together during photo call for the film 'The Gentlemen' on Saturday, Jan. 11, in New York.

You know Guy Ritchie even if you think you don’t. He’s the British film director who used to be married to Madonna. You’ve bought tickets to some of his hit movies – “Sherlock Holmes” with Robert Downey Jr. and Disney’s live-action “Aladdin” with Will Smith. But he’s best known to his hardcore fans for his gangster films.

This time around Ritchie set out to make another rock-em-sock-em crime action in-your-face caper comedy gangster film with much of the same vibe as his previous cult classics, “Lock, Stock and Two Smoking Barrels” and “Snatch.”

This one he calls “The Gentleman.” But in it, he takes the gloves off.

I remember being dragged by my friend Terry Stewart to see “Snatch” back when I didn’t know who Guy Ritchie was. At the time Terry was vice chairman of Marvel Comics and he knew his pop culture.

“The Gentleman” is a case in point. It’s playing this week at Tropic Cinema.

In it, we have Matthew McConaughey as a former Rhodes Scholar trying to sell his British-based marijuana-growing empire to some unsavory characters.

See the film this week at the Regal Cinema in Boone.

Mickey Pearson (McConaughey) hopes to do business with an American billionaire (Jeremy Strong) but the deal goes awry when a newspaper baron (Eddie Marson) hires a private eye (Hugh Grant) to dig up dirt on Mickey after being snubbed by him. This involves a heroin-addicted daughter (Eliot Sumner) of an impoverished British Lord (Samuel West) who rents out his castle to Mickey as a pot farm.

Things take a twist when a Chinese gangster (Tom Wu) sends in his henchman (Henry Golding) to make a counter offer. Next thing you know, a gang of amateur boxers led by their coach (Colin Farrell) raids the farm, Mickey’s wife (Michelle Dockery) is attacked, his right-hand man (Charlie Hunnam) steps into the fray, a gangster is videoed having sex with a pig, and lots of people die.

“This is a return to my roots,” says Guy Ritchie.

He adds, “It’s a good cast … I didn’t have to explain things to them. They got the joke.”