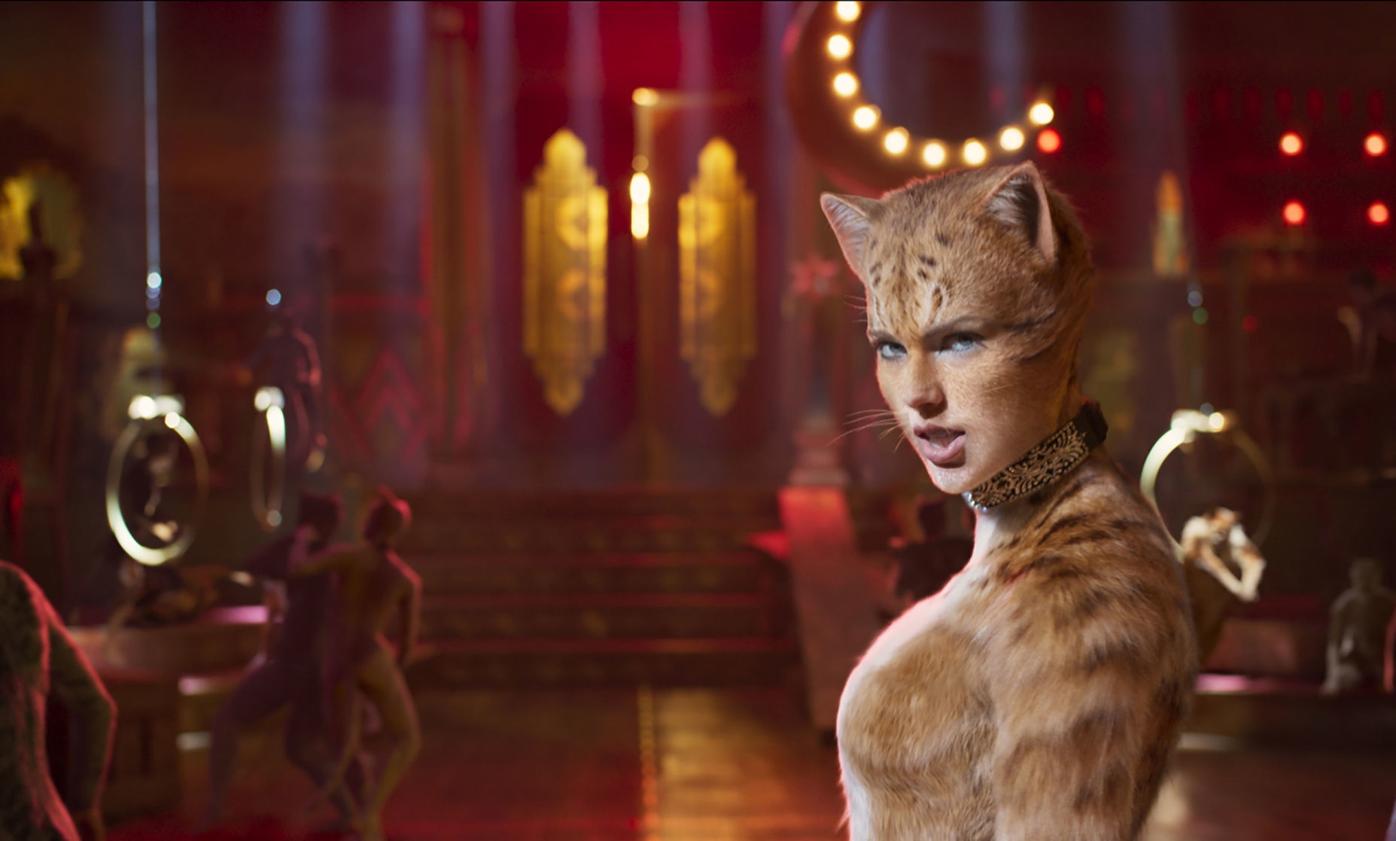 Taylor Swift as Bombalurina in a scene from 'Cats.'

Ian McKellen as Gus the Theatre Cat in a scene from 'Cats.'

Idris Elba as Macavity in a scene from 'Cats.' 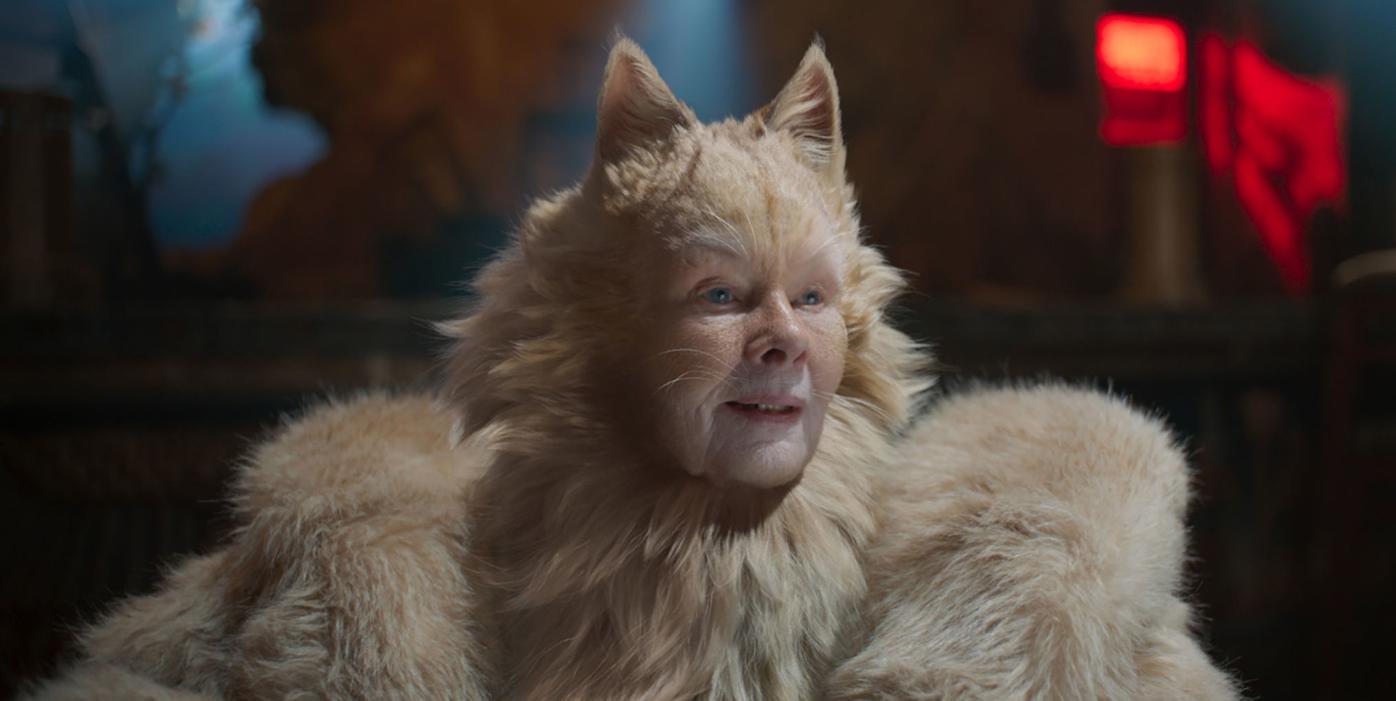 Judi Dench as Old Deuteronomy in a scene from 'Cats.'

Taylor Swift as Bombalurina in a scene from 'Cats.'

Ian McKellen as Gus the Theatre Cat in a scene from 'Cats.'

Idris Elba as Macavity in a scene from 'Cats.'

Judi Dench as Old Deuteronomy in a scene from 'Cats.'

Recently, I impressed my friends by telling them I was going to see a film based on the poetry of T.S. Eliot.

Awarded a Nobel Prize for Literature “for his outstanding, pioneer contribution to present-day poetry,” Eliot was also an essayist, publisher, playwright, and literary and social critic. Impressive, huh?

In 1939, he published a book of light verse titled “Old Possum’s Book of Practical Cats.” These 15 poems tell the story of a tribe of cats called the Jellicles. Collectively, the poems show the tribe deciding which cat will receive a new life.

Years later, in 1981, this book became the basis for the stage musical “Cats” by Andrew Lloyd Webber.

Directed by Tom Hooper (“Les Misérables”), the film version pretty much follows the Broadway play, introducing us to an array of singing felines.

When the project was first announced, Andrew Lloyd Webber intoned, “I haven’t seen the ‘Les Miz’ film, but it’s fantastic for musicals because everybody wants to make them again. Universal has now got ‘Cats’ out of the drawer in which they locked it years ago when they bought the rights, and suddenly they’re talking about a film.”

The Atlantic weighed in, “One can’t help but wonder what on Earth a ‘Cats’ movie would look like on screen, unless it’s a filmed version of the stage production or, well, animated. First off, it stars a bunch of singing felines, normally portrayed by people in skin-tight costumes with a lot of face paint. Furthermore, ‘Cats’ doesn’t really have much of a plot, unlike, say, ‘Les Misérables,’ which is based on a Victor Hugo novel. Webber’s show is more like a musical revue, which doesn’t really make for great cinema.”

I can’t help thinking back to such early movie musicals as the “Broadway Melodies” series, “The Hollywood Revue of 1929,” “Gold Diggers of 1933,” “George White’s Scandals,” “Babes in Arms,” “Thank Your Lucky Stars,” and all those Busby Berkley numbers. Every time I watch one, I end up humming and happily tapping my foot.

Filming “Cats” would indeed be a challenge. Needless to say, casting was crucial for this $90 million musical — and casting director Lucy Bevan deserves much credit for matching stars to the individual cats found in Eliot’s verses.

Among the primarily roles in the new musical we find:

James Cordon (TV’s “The Late Late Show,” “One Chance”) as Bustopher Jones, a chubby feline with a “fastidious black coat and white spats.” A cat about town, he frequents gentlemen’s clubs to sample the fine dining.

Judi Dench (“Shakespeare in Love,” “Philomena”) as Old Deuteronomy, a wise and beloved elderly cat, head of the Jellicle Tribe. This is the first time the character has been played by a female.

Jennifer Hudson (“Dreamgirls”) as Grizabella, a glamour puss who has lost her sparkle. Now lonely and ostracized, she sings the most famous song from the musical, the sad and soul-searching “Memory.”

Jonadette Carpio (TV’s “Hollywood Insider”) as Syllabub, the youngest member of the Jellicle cats. Idealistic and accepting of others, she is the first to welcome Grizabella back into the tribe.

Iris Elba (“Molly’s Game,” TV’s “Luther”) as Macavity the Mystery Cat, a master criminal who serves as the villain of the musical.

Ian McKellen (“Gods and Monsters,” “The Lord of the Rings”) as Gus the Theatre Cat. He’s old and shabby, “no longer a terror to mice or to rats.”

Jason Derulo (Platinum-winning pop singer) as Rum Tum Tugger, a flashy cat who loves to be the center of attention.

Rebel Wilson (“Perfect Pitch,” “Jojo Rabbit”) as Jennyanydots, seemingly lazy during the day but a terror at night, forcing the mice and cockroaches to do her bidding.

British ballerina Francesca Hayward makes her film debut as the white kitten Victoria, a dance role that originally had no solo singing parts. Now she performs a song written by Taylor Swift.

Australian ballet dancer Stephen MacRae joins her as Skimbleshanks, an energetic orange tabby who lives on a mail train.

Ray Winstone (“King of Thieves”) turns up as Captain Growltiger, a scruffy old tom who lived on a barge, terrorizing geese, hens, canaries, and the “bristly Bandicoot that lurks on foreign ships.”

Of course, there’s the notable casting of singer-songwriter Taylor Swift (No. 8 of Billboard’s list of Greatest of All Time Artists) as Bombalurina, a “flirtatious, confident female and mischievous cat with a distinct red coat.”

For this movie version of “Cats,” Webber has added a new song titled “Beautiful Ghosts,” a short reprise co-written with Swift. According to more cynical aficionados, the song was tacked onto the movie so it will be eligible for the Best Original Song category at the Oscars.

As Webber explains the addition, the song is an answer to “Memory,” sung by Grizabella, the once-glamorous outcast cat played by Hudson. “What she’s saying is, ‘OK, it’s all very well for you. But you’re looking back on a life where you did have something wonderful in your life. You were glamorous. You had beautiful ghosts. I’ve had nothing at all. I’ve been abandoned,’”

“Memory” is by far its best-known song in “Cats.” The melancholy lyrics for “Memory” were adapted from T.S. Eliot’s poem “Rhapsody on a Windy Night.” According to musicologist Jessica Sternfeld, it is “the most successful song ever from a musical.”

“Cats” remains Broadway’s fourth-longest running show. Considered the first true “mega-musical,” it led the shift toward big-budget Broadway musicals that had appeal to families and tourists.

An unprecedented commercial success, the play has amassed a worldwide gross of more than $2.8 billion.

As for musical films, “The Lion King” holds the current record at nearly $1.7 billion. As for all films, “Avengers: Endgame” reigns at nearly $2.8 billion.

Having conquered the theater world, the new “Cats” film can dream of such box office numbers. As the song goes, “Like the sunflower/ I yearn to turn my face to the dawn/ I am waiting for the day ...”