Martin Lawrence, right, and Will Smith in a scene from 'Bad Boys for Life.' 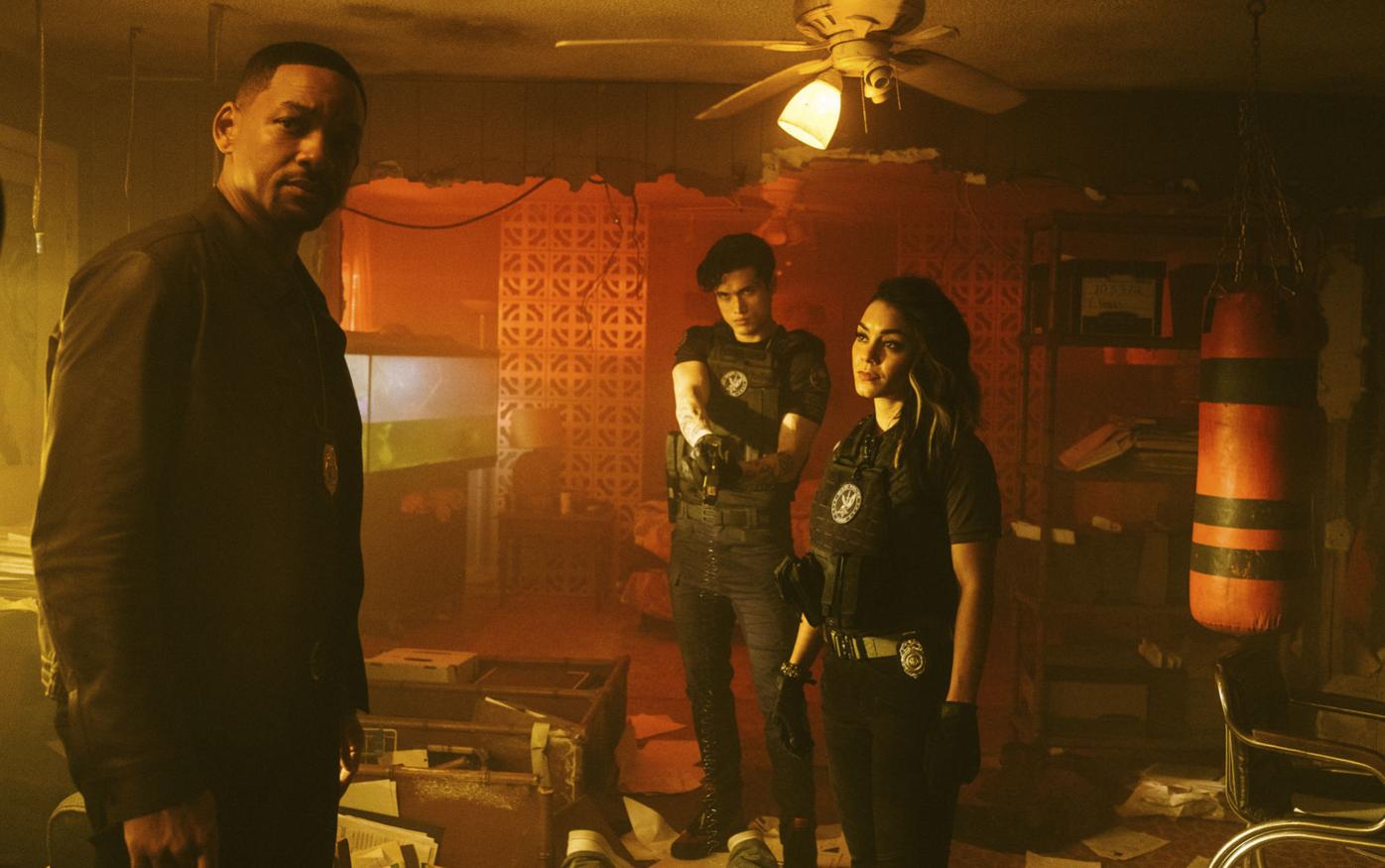 Will Smith, left, Charles Melton and Vanessa Hudgens in a scene from 'Bad Boys for Life.' 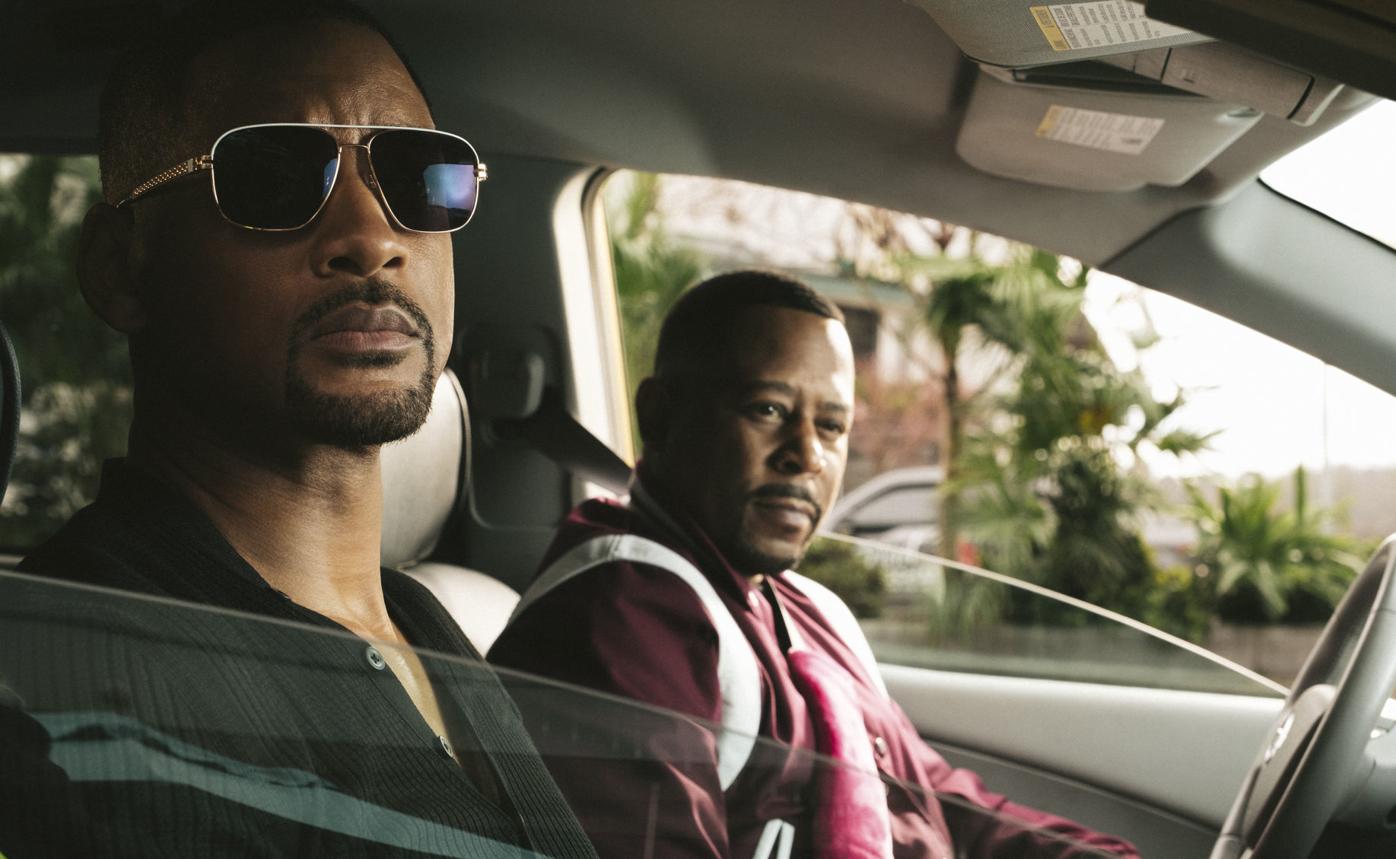 Martin Lawrence, right, and Will Smith in 'Bad Boys for Life.'

Martin Lawrence, right, and Will Smith in a scene from 'Bad Boys for Life.'

Will Smith, left, Charles Melton and Vanessa Hudgens in a scene from 'Bad Boys for Life.'

Martin Lawrence, right, and Will Smith in 'Bad Boys for Life.'

Will Smith and Martin Lawrence are bad boys. Well, at least they were in two previous movies of that name. And now, in a third installment, they declare themselves “Bad Boys For Life.”

It took 17 years between films.

In the first outing — “Bad Boys” — Smith and Lawrence played two hip detectives who impersonate each other while investigating a case of stolen heroin.

In the second — simply titled “Bad Boys II” — they gave us those same two loose-cannon narcotics cops investigating the flow of Ecstasy into Florida.

And now with “Bad Boys for Life,” we again meet up with Mike Lowrey (Smith) and Marcus Burnett (Lawrence). The boys are older and perhaps no wiser. But they’re still baaaad.

Like the previous two films, this one also was produced by Jerry Bruckheimer, a man who knows how to deliver white-knuckled action flicks. He’s the hitmaker behind such old favorites as “Top Gun,” “Con Air,” “Armageddon,” “Black Hawk Down,” “Beverley Hills Cop,” “Pirates of the Caribbean,” and “National Treasure,” to name just a few.

You’ll find “Bad Boys For Life” whooping it up this week at Boone's Regal Cinema and Marquee Cinemas in Morganton, about an hour away from Boone.

This time around, aging Marcus Burnett (Lawrence) has become a police inspector, while Mike Lowrey (Smith) has been put in charge of the AMMO program, a group of young cops with whom he has nothing in common. But the boys’ retirement plans are interrupted when a Romanian mobster (Jacob Scipio) decides to get even with them for killing his brother.

After making $400 million, the franchise was overdue for another sequel. But the biggest obstacle to this proposed reunion was cost. As director Michael Bay pointed out, these days he and Will Smith demand some of the highest salaries in the film industry.

Bruckheimer’s solution was to swap out Michael Bay for two cheaper directors, Adil El Arbi and Bilall Fallah. These Belgian filmmakers went to film school together and have worked as a duo on small films like “Black” (2016) and “Patser” (2018).

Now having got practice by bringing Smith and Lawrence back for a reunion in “Bad Boys for Life,” they are set to direct a fourth installment in the “Beverly Hills Cop” series, with Eddie Murphy reprising his iconic role as Axel Foley.

Bruckheimer will produce that one too. He seems to like bad boys.