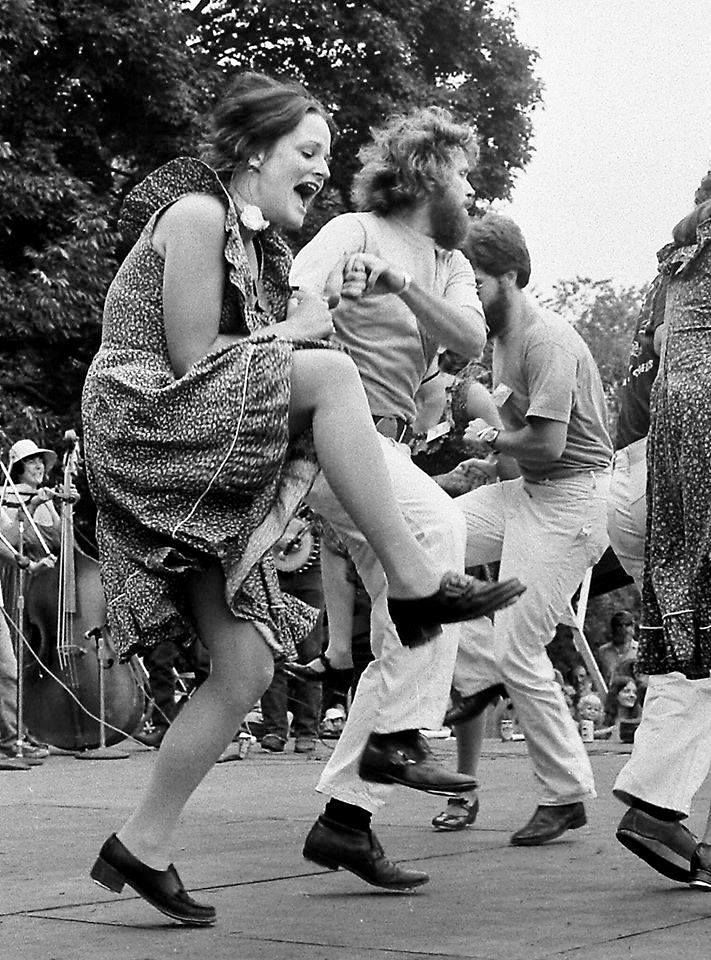 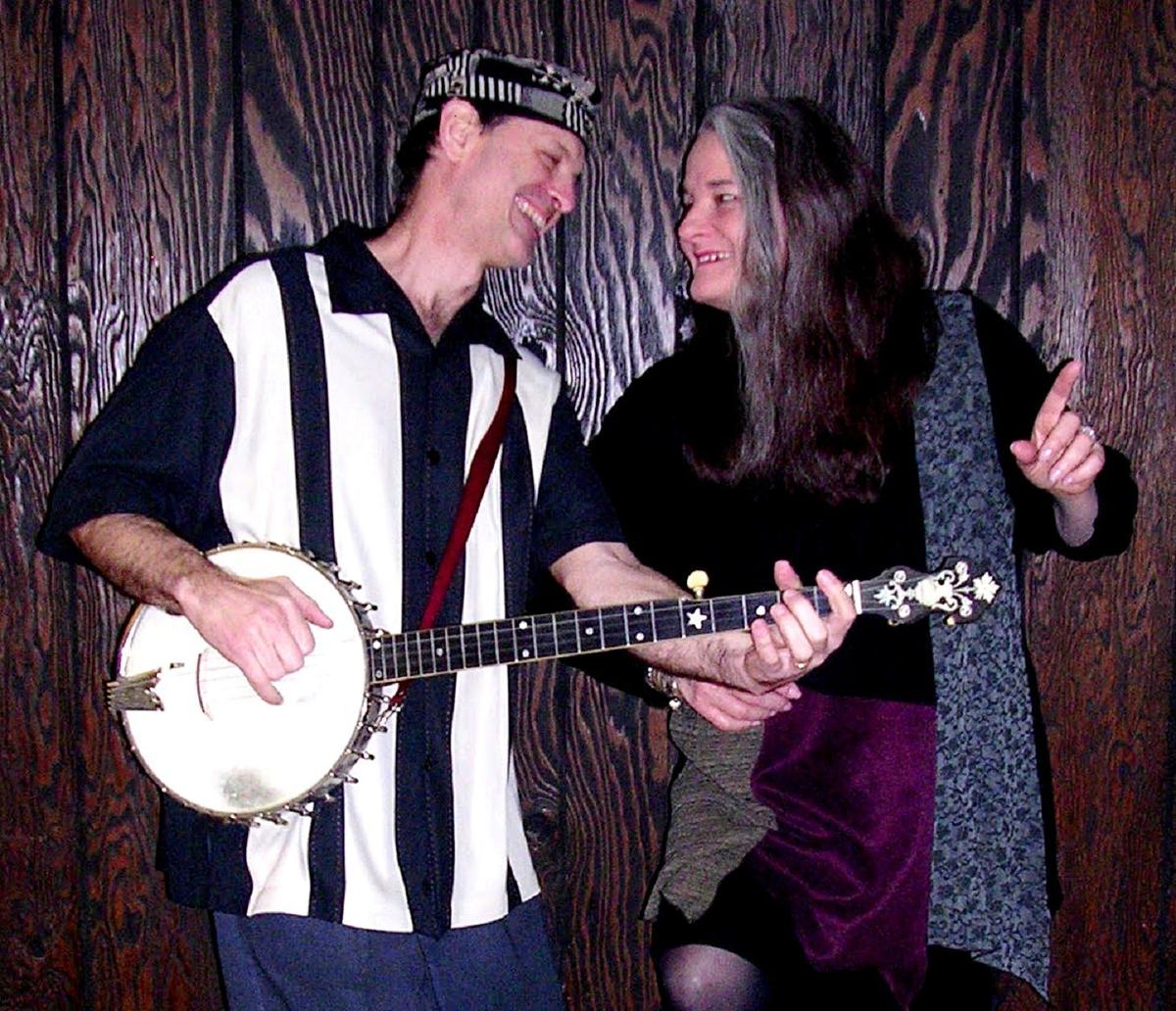 In the roots music world, which is all around us here in the beautiful High Country of western North Carolina, Appalachian dances in the form of clogging and flat foot dancing is a substantial part of the heritage. Just like bluegrass and old-time music, however, it is not a given that these amazing traditions will be passed on to future generations.

One person who was hugely influential in that dancing tradition was Eileen Carson Schatz, a performer and teacher who played a big part in the furthering of Appalachian dance right up until her death last week after a long battle with pancreatic cancer.

Since 1979, Schatz was the co-creator of the Footworks Percussive Dance Ensemble. One of the other co-founders of that troupe was our own Rodney Sutton. Sutton is also known by many for his association with the legendary Green Grass Cloggers, who have traveled the world showcasing their innovative Appalachian dancing since the early 1970s.

About 45 years ago, however, Sutton was a young man who had joined the Green Grass Cloggers in their second year of existence. Soon after, he met and married Eileen Carson Schatz, who also joined the troupe. The marriage only lasted five years; however, after the split and a couple of weeks apart, they decided that the magic of dancing together was worth pursuing post-marriage. She was full of ideas and had a determined will to make them happen, so the two of them split off from the Green Grass Cloggers and eventually formed the Fiddle Puppets, which would be renamed the Footworks Percussive Dance Ensemble in 1979.

The pair eventually went their separate ways career-wise after a few years, but they stayed the best of friends. In the 1980’s, Eileen met and married the legendary bluegrass and old-time bass player, banjo picker and dancer Mark Schatz, who has played with more legends than one can name, from Nickel Creek to Tony Rice to Claire Lynch.

At Eileen’s funeral earlier this week, both Sutton and Schatz spoke in her behalf and gave tribute to this powerful and talented woman.

Afterward, a New Orleans-style second line procession followed her casket to her gravesite. The only music played was old-time fiddle tunes as many of the mourners danced in the procession as she made her last physical journey.

“Eileen and I did routines as the Fiddle Puppets that changed everything,” said Rodney Sutton. “The bare minimum that we could have with the choreography of the Green Grass Cloggers was four couples dancing out of a square. That changed everything as there were hundreds of teams that took that form of clogging and copied the Green Grass style, which is what I call a hybrid form of clogging. Every time we would go to a college town and do a performance or a workshop, a new clogging team would spring up because in the 1970s there was so much energy into getting back into folk music and reviving the whole scene. Then, when we left the Green Grass Cloggers to form the Fiddle Puppets, it seemed like overnight we were gone.”

Now out of the loop, there were still show promoters who sought them out and wanted to book them.

“There was a guy back then who was running Pete Seeger’s Hudson River Revival Festival on the north end of New York City who told us that we had to keep dancing,” said Sutton. “He said, ‘I’m throwing a festival down in West Virginia, so why don’t you throw some dance steps together and do a little demo.’ He just kept encouraging us to do it. So, Eileen and I brought in Bev Stiver and Ed Carson and we put together two routines and went down and danced them at Pipestem State Park. With just four people, the choreography all had to change, but it turned out to be more fast-paced with more intricate steps. It was all of the things that Eileen wanted to do with the Green Grass Cloggers but couldn’t, and now she was unleashed and could experiment with the routines. That show is what turned us into the Fiddle Puppets and after that we traveled and performed in Ireland, England, Scotland, Canada and more.”

During the last year or two, as Eileen received her cancer diagnosis and prepared for battle, Sutton says she was determined to live large until the end. Just days before her death, she gave a dance workshop with her husband at the Common Ground on the Hill Music and Arts Camp, and hours before her death she attended the all-star benefit concert held in her honor at the Birchmere venue in Alexandria, Va., that featured Bela Fleck, Abigail Washburn, Jerry Douglas, Danny Paisley, Sierra Hull and Stuart Duncan.

“These last days and months were a testament to Eileen’s approach to dying,” said Sutton. “She stared death in the face and said, ‘You are not going to take my life away from me before I’m dead.’ She lived it right up until the end. She was sharing her love for dance at the Common Ground workshops two days before she passed away. Nobody could have scripted their end any better than she did as she choreographed the biggest finale to her own life. Not many of us have the opportunity to do that. ”