You are the owner of this article.
Edit Article Add New Article
Home
News
Entertainment
Columns
Books
Movies
Art
Music
Calendar
Marketplace
Classifieds
Visitors
About Us
Wautauga Democrat
Blowing Rocket
Mountain Times
All About Women
HighCountryNC
About Us
Contact Us
Subscribe
Advertise
1 of 5 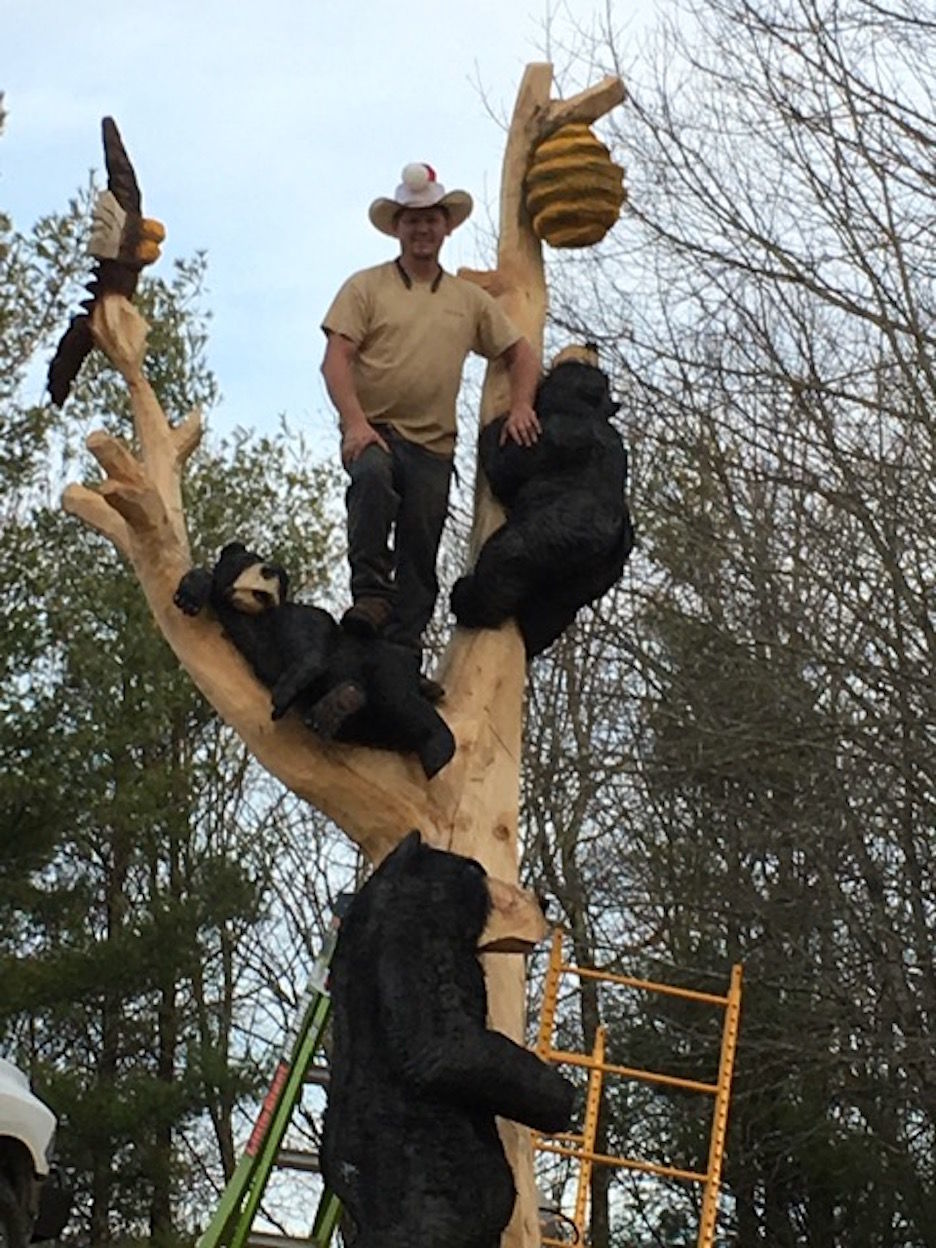 Jerry Stringham poses during the final hours of carving a natural scene out of a pine trunk. 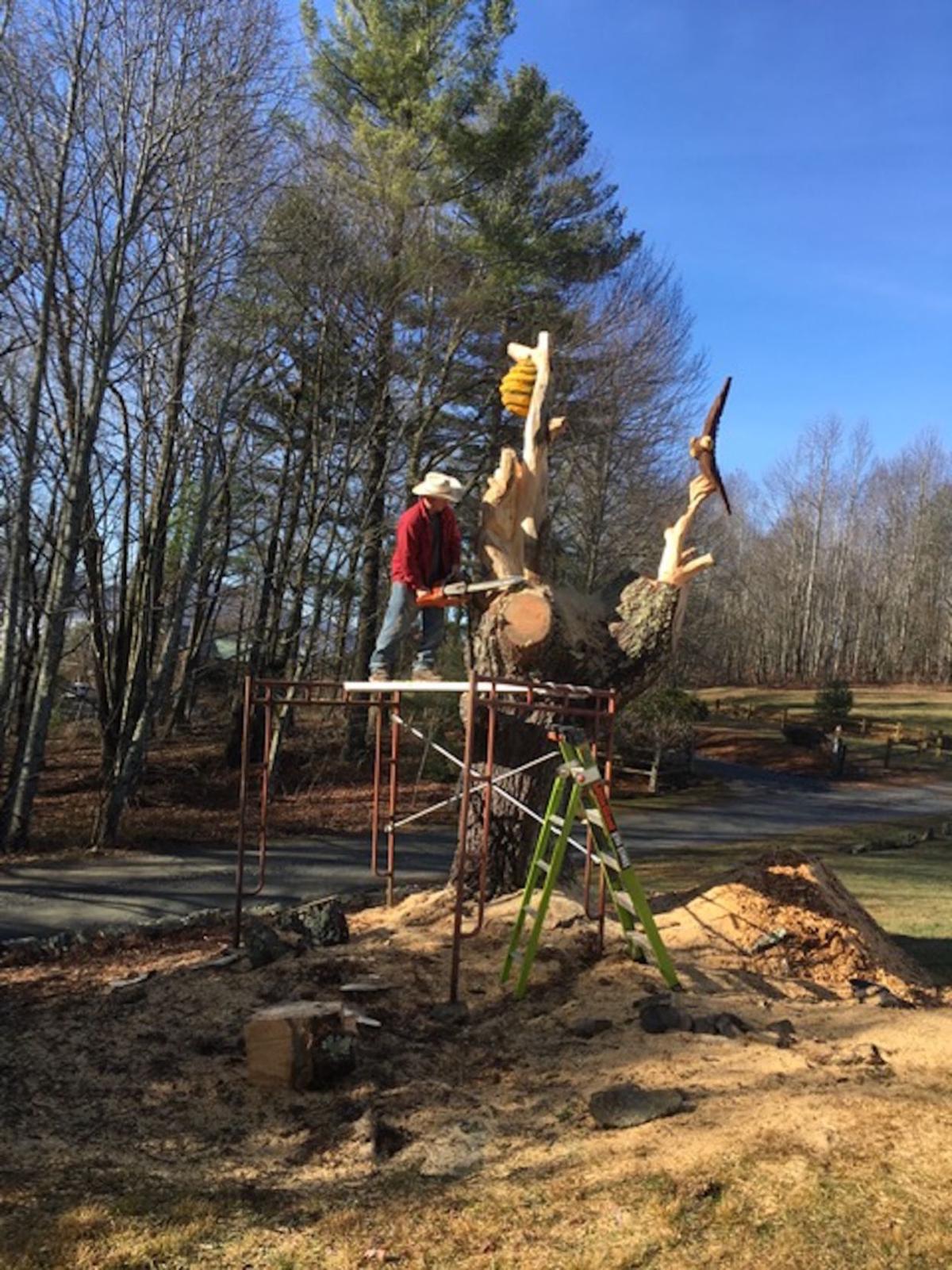 Jerry Stringham carves a nature scene from a standing pine trunk in the High Country. 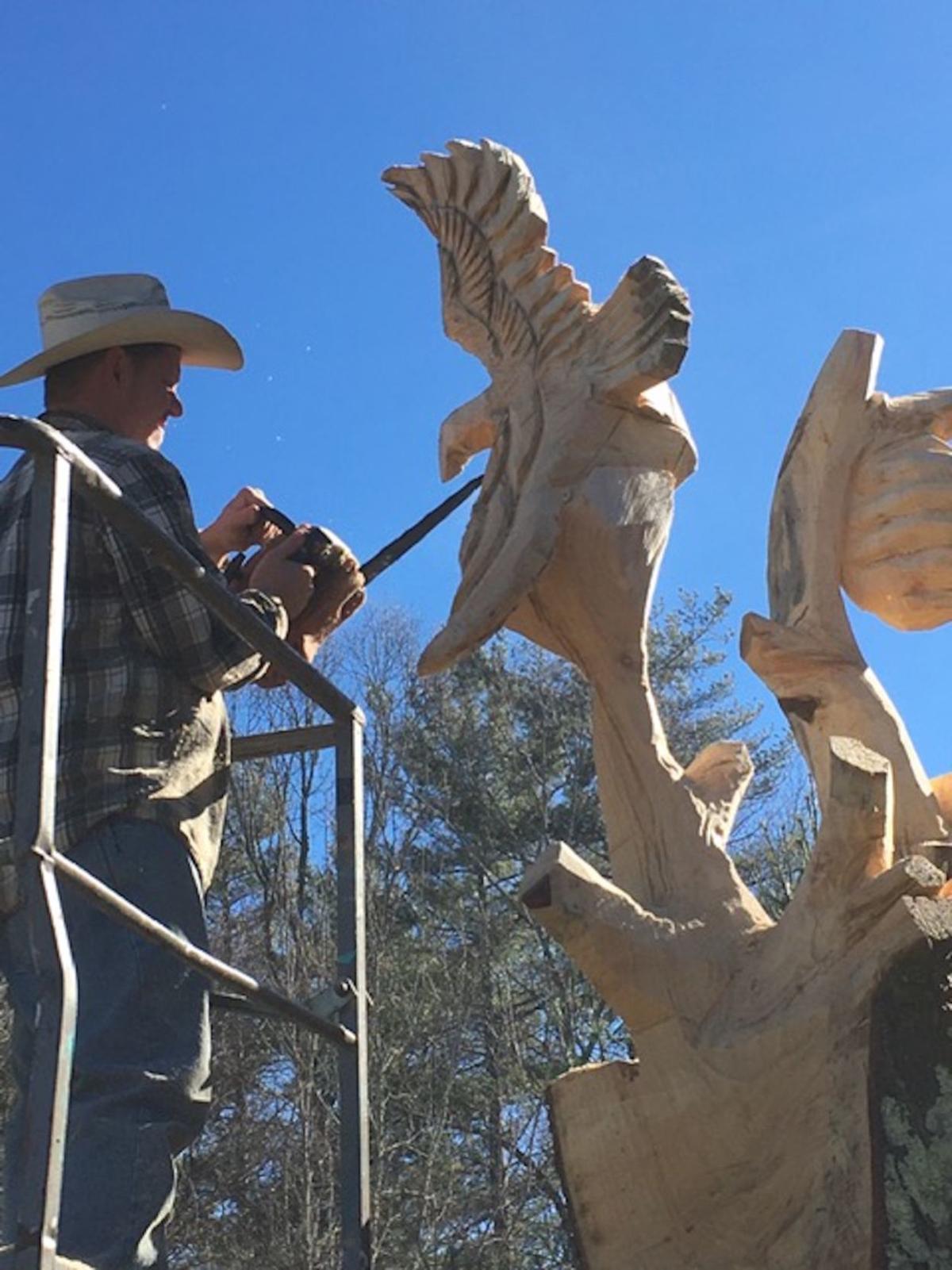 Stringham carves a Bald Eagle from the top of the pine tree trunk in Vilas. 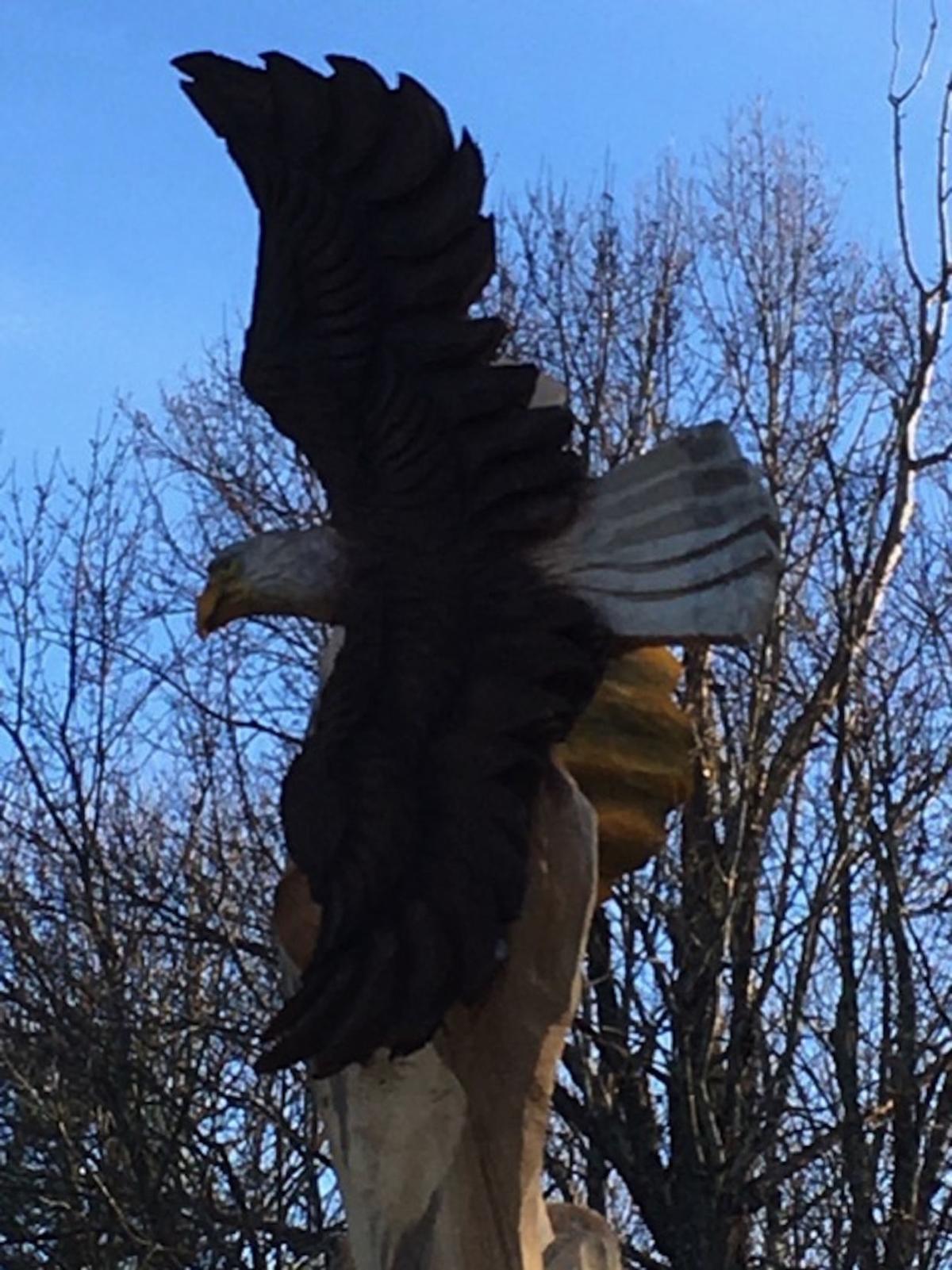 An eagle flies atop the pine tree carving by Jerry Stringham of Stringham Carvings. 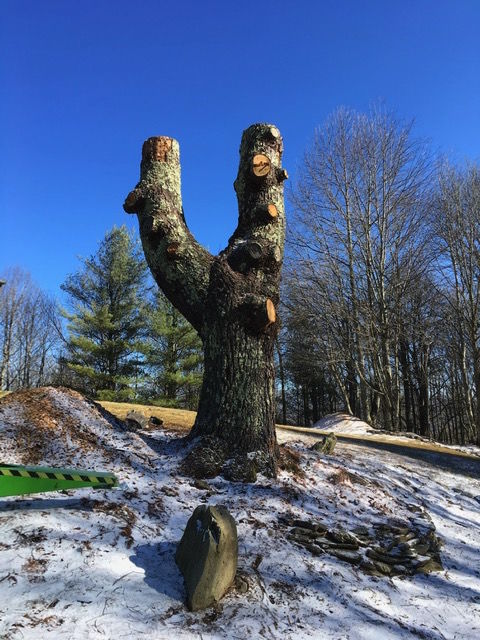 A pine tree trunk was transformed by a local carver in Vilas.

Jerry Stringham poses during the final hours of carving a natural scene out of a pine trunk.

Jerry Stringham carves a nature scene from a standing pine trunk in the High Country.

Stringham carves a Bald Eagle from the top of the pine tree trunk in Vilas.

An eagle flies atop the pine tree carving by Jerry Stringham of Stringham Carvings.

A pine tree trunk was transformed by a local carver in Vilas.

Nestled into the Bethel community near Vilas is a log cabin house that Donne Mills and his wife spend most of their time at.

Following a heavy snowstorm that broke the limbs of many pine trees in the area, Mills decided to use one of the pines’ damaged trunks to add something unique and special to his property.

Mills partnered with Jerry Stringham, a chainsaw carver who recently moved to Crossnore and is the owner of Stringham Carvings.

Stringham grew up in central Florida and carved his first bear under his father’s supervision when he was 14 years old. It wasn’t until 2005 that Stringham started carving professionally, when he and his family moved to the west coast.

The project on the Mills’ property in Vilas began with a conversation on Sept. 24, 2019, when Mills was invited to the High Country to see the tree “as a whole so I could dictate where the tree trimmers would cut it maximizing its potential,” according to Stringham.

“Once I began carving, the whole process only took four days broken up into two separate sessions to allow me time to recover,” Stringham said. Mills says that it took “around 30 hours” of work to complete.

As a result, the new carving on the Mills’ property was finished on Christmas Day 2019, complete with a “mama bear,” two cubs, a beehive and an eagle in flight at the top. The “mama bear” faces down the Mills’ driveway to greet visitors as they drive past.

While bears have become something of a signature carving of Stringham’s, he also carves tabletops and signs as well as detailed faces into tree trunks.

Now Stringham is living in Crossnore after a long search for a place that feels like home. Stringham took to the Stringham Carvings Facebook page to announce his residence saying, “The land is a very heavily wooded 21-acre mountainside parcel that I just can’t seem to pull myself away from.”

Stringham said, “I love having Stringham Carvings because I have the freedom to create whatever can be dreamt up. I love a good challenge and new opportunities to use my imagination. All while expanding my portfolio and supporting myself as an independent artist.”

To learn more about Stringham Carvings or to see other works of Stringham’s work, visit its Facebook page at www.facebook.com/Stringham-Carvings-353329045407433.