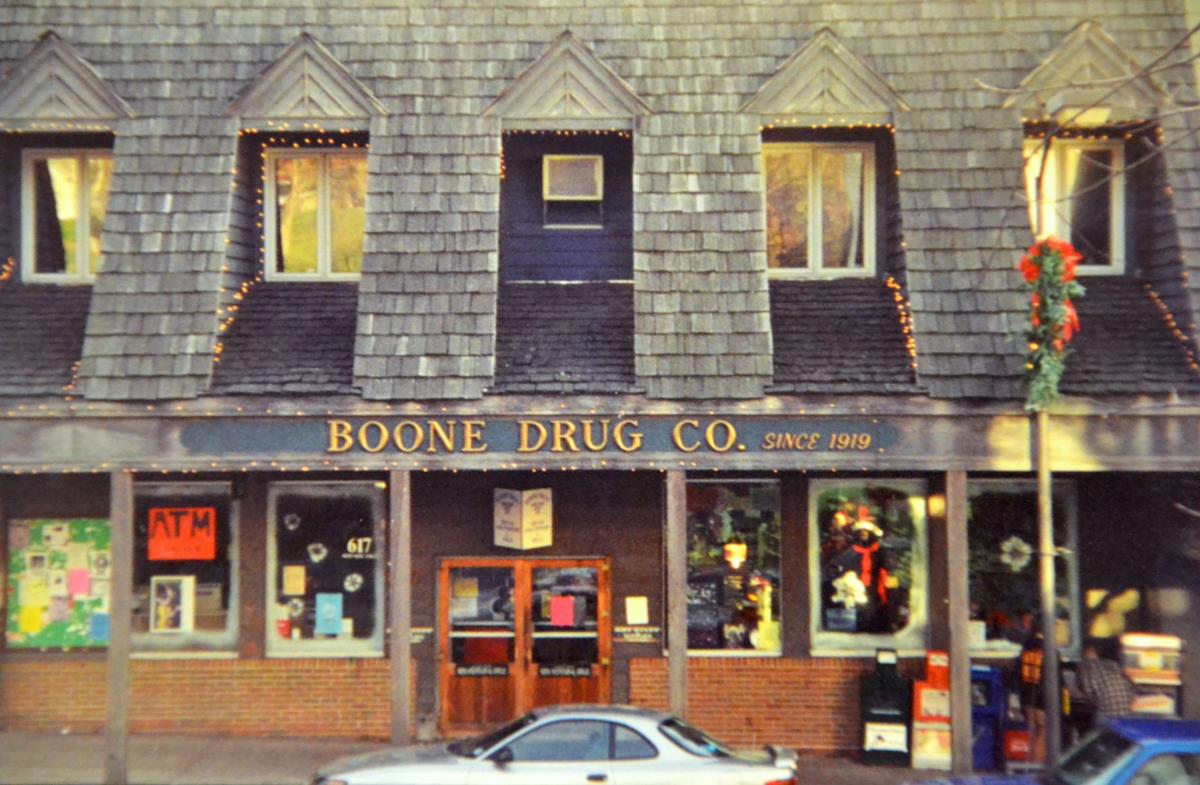 The Boone Drug Company operated out of a location on King Street for many years before expanding to other locations. 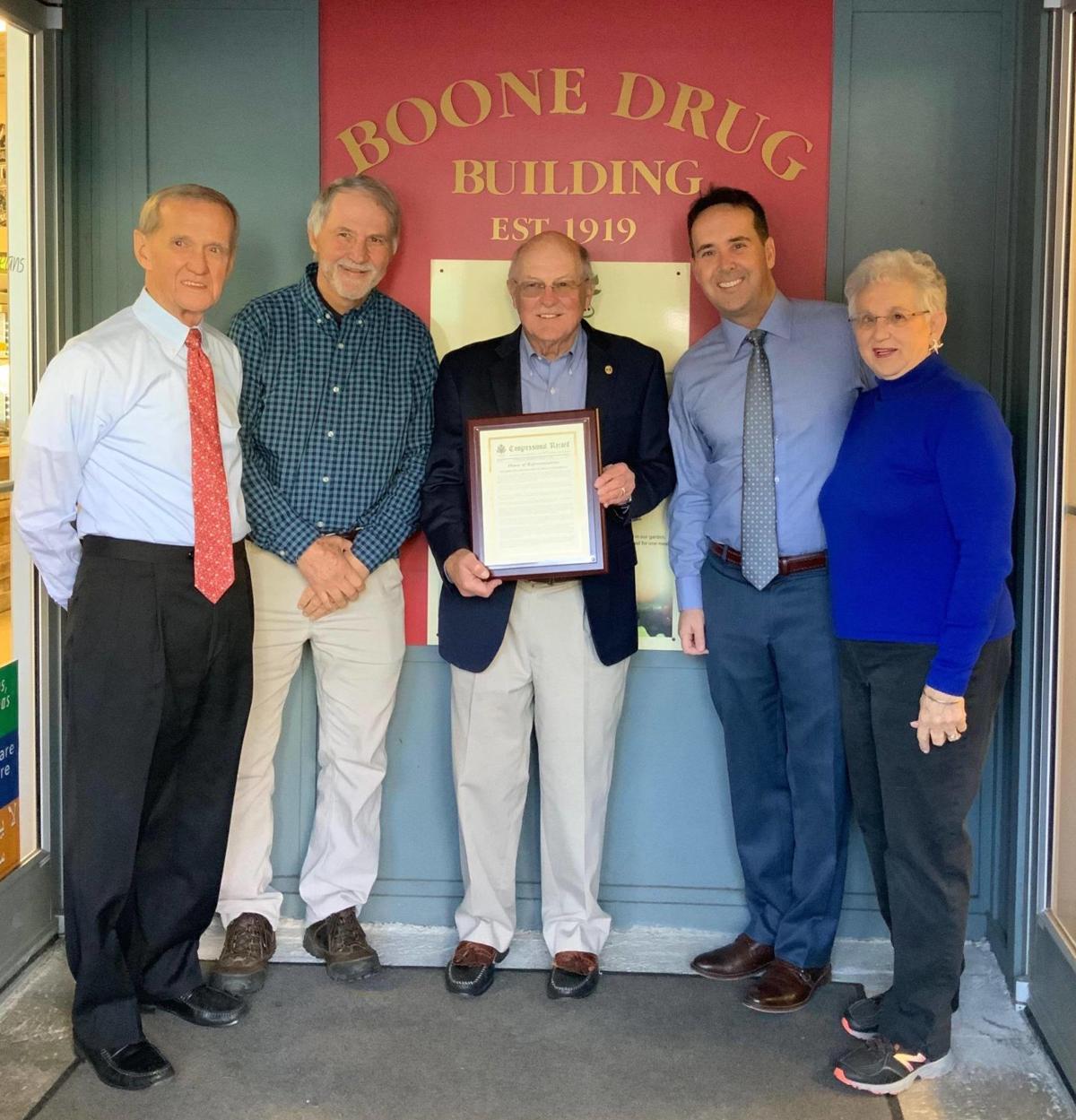 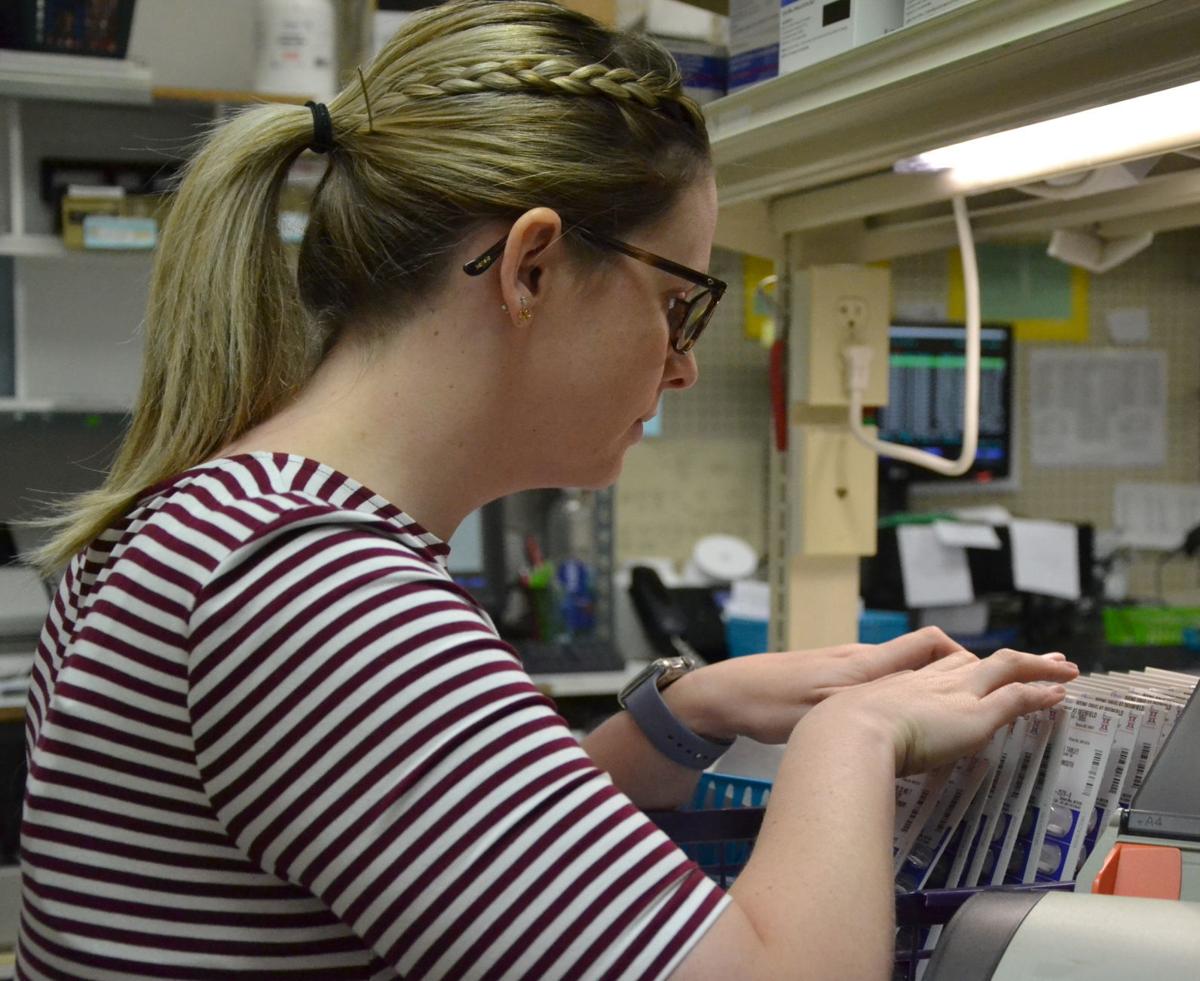 Emily Botzenhart works in the pharmacy at Boone Drug at Deerfield. 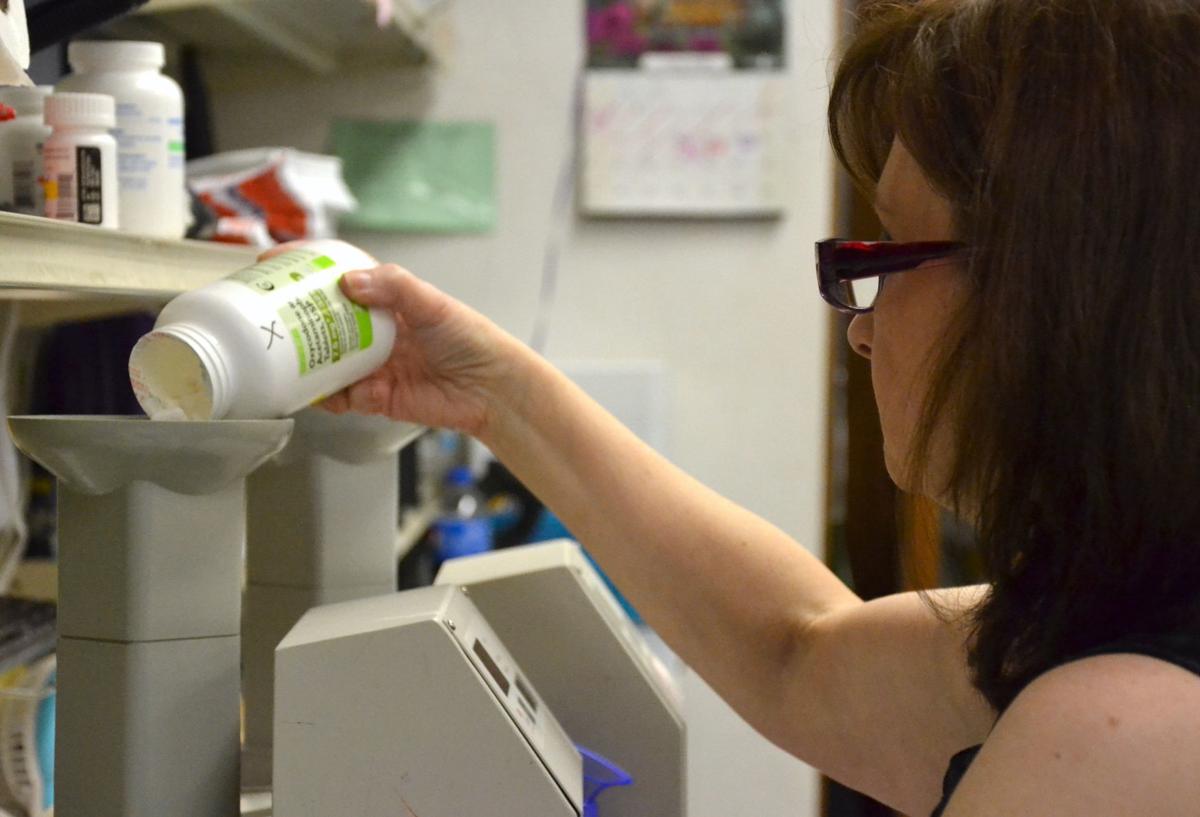 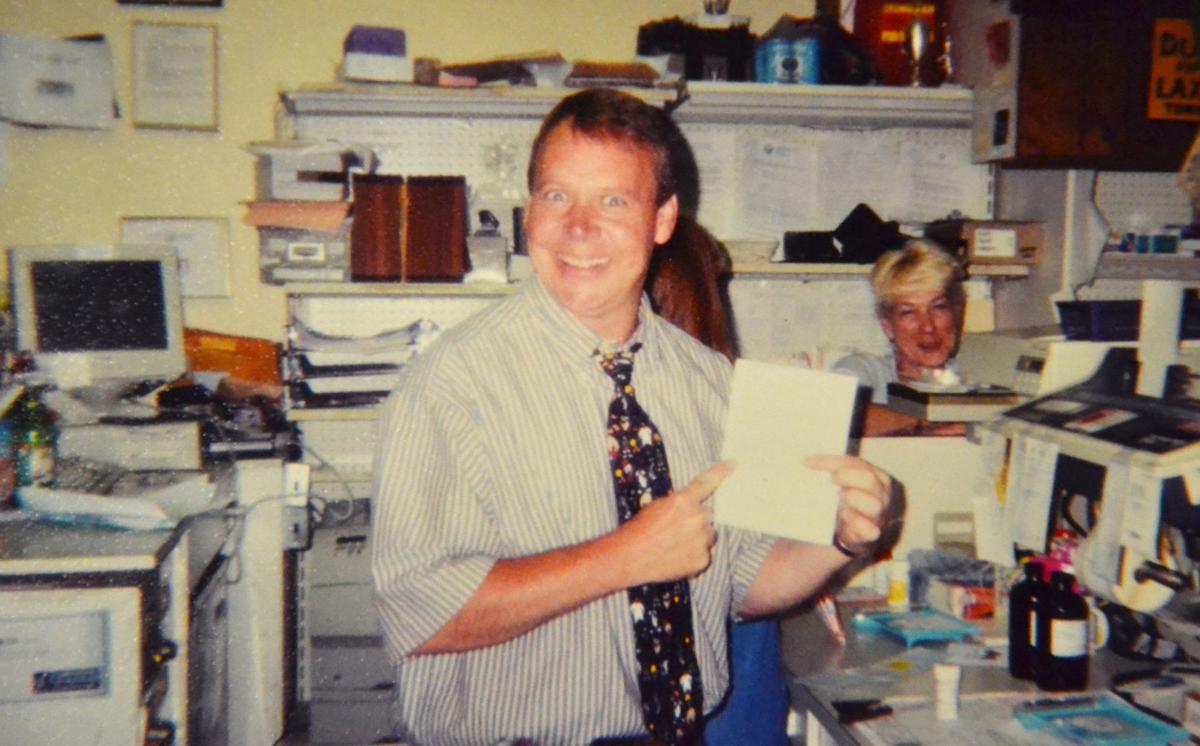 Ricky Greene works as a Boone Drug employee in this photo from the past. 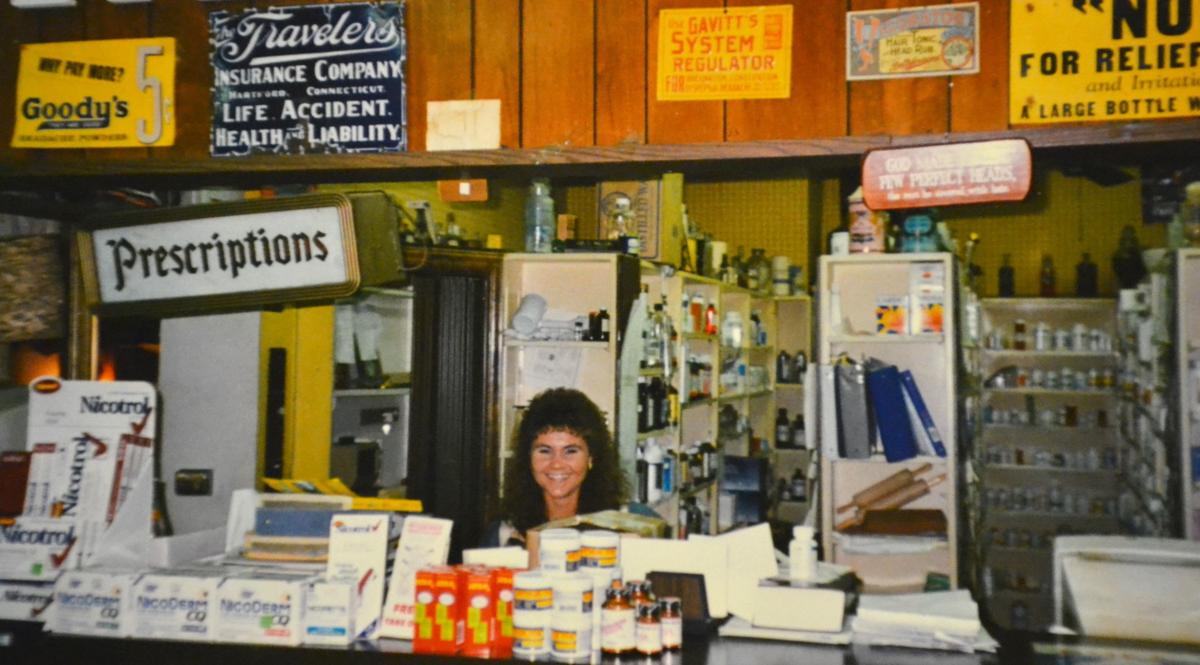 Dawn Talton works at Boone Drug pharmacy in this past photo.

The Boone Drug Company operated out of a location on King Street for many years before expanding to other locations.

Emily Botzenhart works in the pharmacy at Boone Drug at Deerfield.

Ricky Greene works as a Boone Drug employee in this photo from the past.

Dawn Talton works at Boone Drug pharmacy in this past photo.

As Boone Drug Inc. continues to celebrate its 100 year anniversary since its establishment, company officials credit the business’ dedication to customer service and building community relationships to its longevity and success.

Boone Drug Company was established on June 15, 1919, with the help of George Kelly Moose and John R. McNairy. Since this time, the business has changed hands several times, moved locations, opened new stores and seen changes in the pharmacy industry, but one thing remains — its commitment to making customers “feel at home,” said Jessica Welch, Boone Drug’s marketing and advertising coordinator.

The mission of public service through the work of a pharmacy business has been continued through the years with the help of three men — Jim Furman, John Stacy and Joe Miller.

“Our main goal at Boone Drug was, do what you could for the community and to help in any way,” Stacy said. “It’s all in treating people the way you would want to be treated. There’s more to being a pharmacist than just counting pills.”

Furman explained that when Moose and McNairy opened the original drug store, it was located where the Mast Store is now on King Street. The business moved across the street — in the place of the current FARM Cafe — in July 1921 when Moose owned a fourth of the building.

The other parts of the business were then sold throughout the 1920s and 1930s, when Wayne Richardson and O.K. Richardson joined Moose as partners in March 1947. In these days the space featured a full service pharmacy, a grill and a soda fountain where people would gather for community. During the 1980s, the Boone Drug space added a dining area that seated 50 people.

As the Richardson bothers liked to fish, they decided to have a fishing department in the Boone Drug store. Miller started working for Boone Drug during his high school summers making fishing lures for the company. When Miller decided to attend the University of Iowa for taxidermy, one of the Richardson brothers approached him in 1957 with the idea of going into pharmacy.

Miller said he attended the University of North Carolina and earned a degree in pharmacy. After working at Boone Drug for several years as a pharmacist, he was brought on as a business partner in 1964. Furman — a University of Georgia graduate — came to Boone in 1965 with the opening of the Boone Drug King Street Pharmacy, and became a partner of the business in 1967.

Stacy, also a UNC graduate, started working at the pharmacy in 1965 before graduating from pharmacy school in 1969. O.K. Richardson sold his portion of the business to his brother, Miller and Furman. These three men then brought on Stacy as a partial owner in 1970.

Miller, Furman and Stacy were not only partners over the years, they grew to be good friends. Miller said the group would fish and play basketball together.

The group loved to have fun together and even played pranks on each other.

Miller recalled a time during the 1970s or ‘80s that Stacy played a prank on him while the men were working at different Boone Drug locations — as the business had three at the time. Miller said he had received a prescription request for cough syrup and walked down a pharmacy aisle to retrieve the medication.

“I head down to get it, suddenly I’m soaking wet,” Miller said. “Johnny had taken a milkshake cup, filled it with water, placed it on the top shelf and took fishing line across there so when I hit that fishing line here comes the water.”

In an attempt to play a similar prank on Stacy a while later, Miller set up a similar trap. However, he unknowingly caught a customer with his water prank instead. Rather than losing the customer, Miller said the woman continued to return to the pharmacy with a good laugh with each retelling of the story.

During his time at Boone Drug, Miller took an interest in watercolor painting and decided to start selling art supplies out of the store. After pouring his “heart and soul” into Boone Drug, Miller sold his portion of Boone Drug in 1995 to Furman and Stacy to focus on his other business — Cheap Joe’s Art Stuff.

Running the business as a pair of partners, Furman and Stacy grew the brand from three stores to 17 during the years with locations in places such as Lenoir, Sparta and several in Tennessee.

Currently, Furman and his family own 12 stores, Stacy owns parts of four and the two jointly own two thirds of another store. They both agreed that they hope their children continue in the business in the future. Furman — who also owns several Wendy’s chain locations — said being a partner of Boone Drug has been the “best years of (his) life.”

The loyalty of its customers with the personal relationships staff members built is what Miller said was important to Boone Drug and its success, despite chain pharmacies coming into the area. Welch said the thing she hears most when she is out in the community is how much the customers appreciate that their Boone Drug pharmacists remember their name and care about their wellbeing.

With changes coming into the pharmacy industry with how insurance and healthcare are handled, Welch said she remembers a quote Miller said years ago: “We’re not trying to change the history, we’re just trying to make it better.” She said even though times are changing, the business is still dedicated to serving the community.

Not only do customers continue to do business there, Stacy said the employees of Boone Drug have remained loyal to the company as well — with approximately 250 employees across its 17 locations.

As a native to the area, Dorinda Bouboulis started working for Boone Drug in 1991 with the opening of the Boone Drug at Deerfield location as a part-time cashier. Since then, Bouboulis has worked her way up the chain and now works as the manager of human resources. Bouboulis said Boone Drug has been a fun place to work and it is family oriented.

“You feel comfortable here,” Bouboulis said. “It feels like home.”