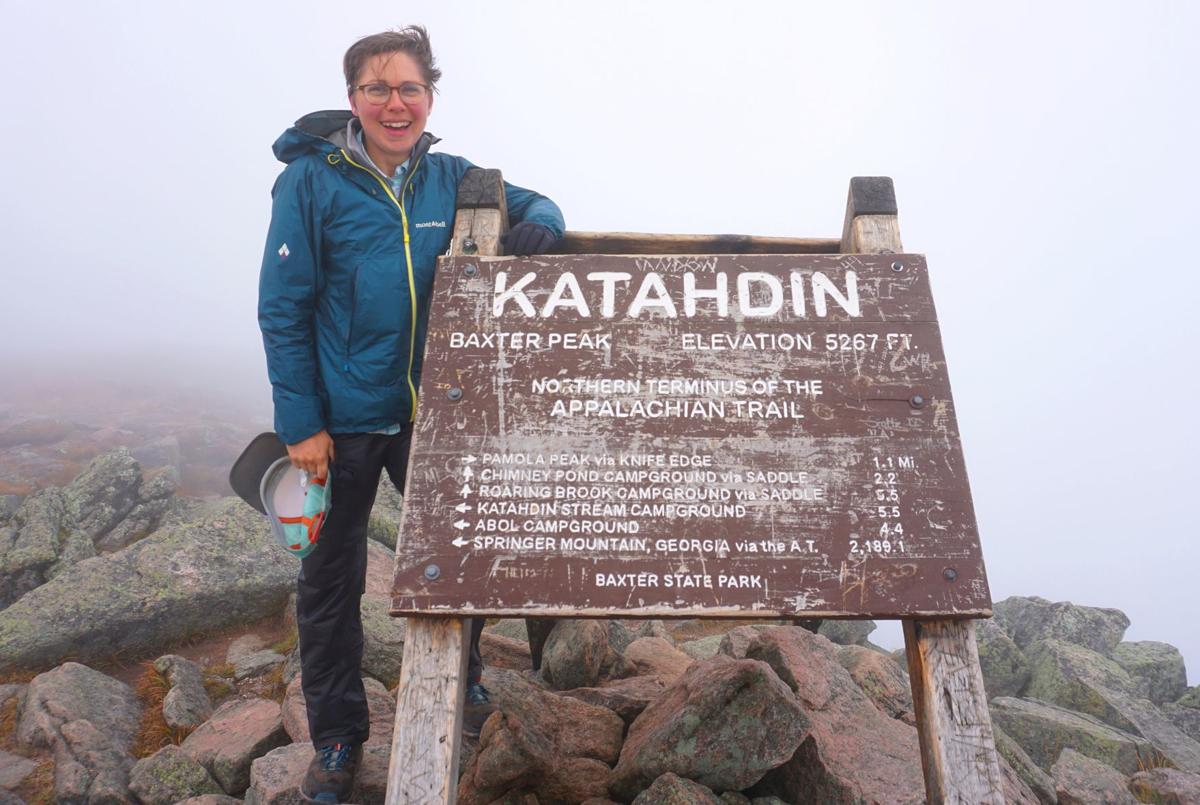 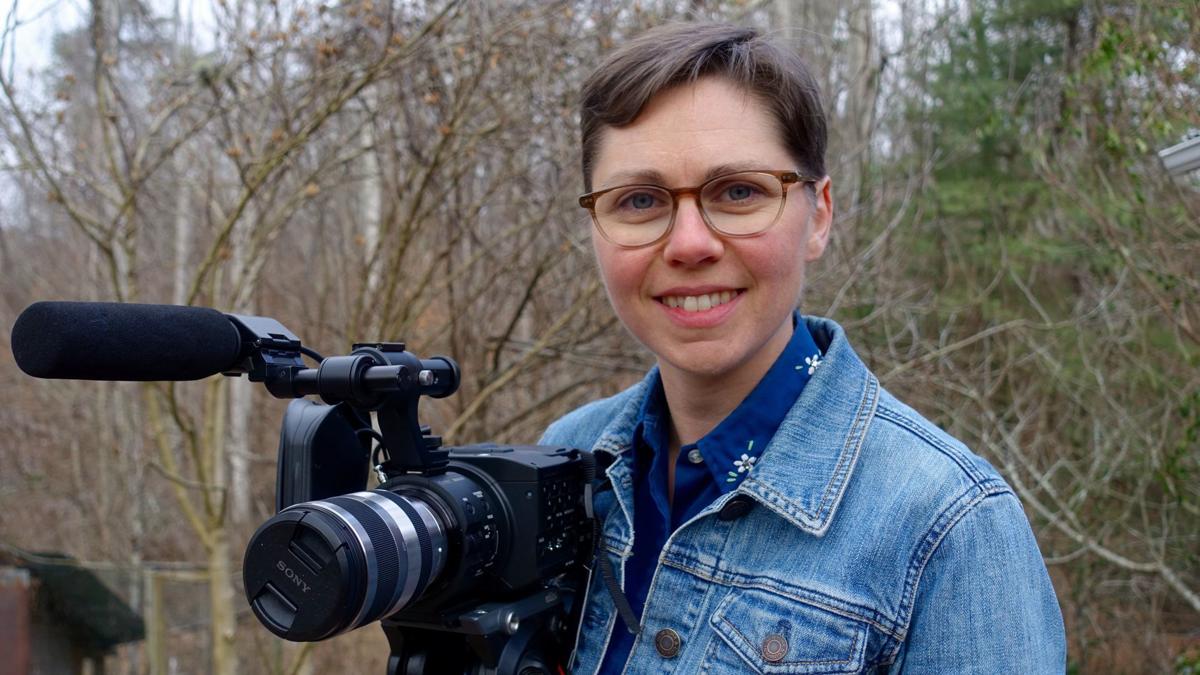 Rebecca Jones is a filmmaker who first got her start by working on the ‘Country Music’ documentary series that premiered in September 2019.

Rebecca Jones is a filmmaker who first got her start by working on the ‘Country Music’ documentary series that premiered in September 2019.

On a clear night in September of 2019, filmmaker and Appalachian State University alumna Rebecca Jones finds herself alone on the rocky base of a steep mountain on the Appalachian Trail as the biggest night of her professional career unfolds elsewhere before the world.

Here is her story.

The tale begins in 2012 as Jones, on her way to achieving a bachelor’s degree of science in Broadcast Media and a master’s of arts in Appalachian Studies, finds herself interning at the Florentine Films studios, which is the home of the legendary documentary filmmaker Ken Burns. That connection would soon prove to be fruitful for the budding High Country auteur.

“After my 2012 internship was over, I moved back to Boone to keep making my own videos and documentaries from 2013 to 2015,” said Jones. “Then, I got a call in November of 2015 from Dayton Duncan, the writer of the Country Music documentary, asking me if I wanted to come and work on the project as an editor for the next 3 years in New Hampshire. But, it was actually a hard decision to make because I had a lot of friends in North Carolina. My partner in life was here at the time, I was in The Buck Stops Here band and my community was here and I didn’t want to leave all of them. Ultimately, however, I decided that going there would be the right decision for my future. So, I accepted the position and moved to New Hampshire in January of 2016.”

Fast forward 3 years later. As post-production of the highly anticipated Country Music documentary begins to end and the film is nearly wrapped, Jones decides to take a leap of faith and hike the Appalachian Trail after the project is completed.

Jones would hike 1,600 miles of the Appalachian Trail in 2019, which is equal to 73 percent of the total trek. She divided up the stages of her AT journey into a configuration known as a “flip flop.” Jones walked south to north at first and then ended the hiking season by starting at Damascus, Va., and hiking south to the trail’s end in northern Georgia. But, it wasn’t an easy endeavor as she had little time to prepare for the arduous journey.

“I decided to hike the AT in November of 2018, and then once 2019 came along, I had no time at all to train as I went straight from the office to the trail in a week,” said Jones. “I did a lot of research, and I had all of the gear that I needed, so I was prepared that way. But, the first day I did 7 miles and the second day I hiked 12 miles, and then the third day I walked 16 miles and that was way too much, so early into the trip. So, I dialed it back. By the end of the journey, however, I was doing 18-22 miles a day. There was a lot of physical pain that I endured over those 51/2 months, and I wanted to quit every day. But I didn’t stop, except for three breaks that I took during the whole journey.”

Ken Burns’ eight-part “Country Music” documentary series would experience strong ratings during its initial run, producing higher ratings than his previous four films. The documentary’s debut happened on Sept. 15, 2019. On that important night, while millions across the country sat in front of their television screens, smartphones and tablets in anticipation of the first episode, Jones was alone in the deep woods of Maine.

“Vermont, New Hampshire and Maine are some of the hardest sections of the Appalachian Trail,” said Jones. “It is extremely rocky and it is the most extreme elevation gain that you will experience on the trail, which goes straight up those mountains with no switchbacks.”

Because she could not keep up with many of the more experienced hikers at some points on the AT, Jones traveled alone much of the time. Except, of course, for six bears she encountered along the way, using just an air horn when needed to keep them at bay.

As the credits of the first episode of Country Music show rolled that evening, with friends and family cheering when her name came up, Jones was alone, camped off to the side of the dark and boulder-filled path, surrounded by the sounds of nature with the starlight above filtered by tree branches.

“The day Episode 1 of “Country Music” was airing on PBS was my last day in the 100-mile wilderness section of the Appalachian Trail in Maine,” said Jones. “I hiked 25 miles to the base of Mount Katahdin that day, which is the northern terminus of the trail. I had no cell service at the shelter where I was sleeping that night, but I went to bed knowing that millions of people were seeing the film that I helped to work for the last 3 years of my life. It was kind of peaceful to be out in the woods and knowing the broadcast was going out there to the world. I kind of had a special, quiet moment in the woods to myself to reflect on the work that I did on it and how it would shape my future.”

Jones finished that northern section of the AT the next day and eventually traveled back to North Carolina to watch the last episode of “Country Music” with her family, parents and especially her grandparents, which was a very special moment for everyone.

With the Appalachian Trail and the “Country Music” documentary in her rear view mirror now, Jones is in the middle of a move to Asheville to work with Steve Johnson and the Bonfire Management team, which is producing the inaugural Earl Scruggs Music Festival set to debut in the fall.

In the meantime, film, music and nature lovers can meet Rebecca Jones at the Blowing Rock Art and History Museum on Jan. 30 when she premiers two of her original short documentary movies that she has created about a couple of unique and fascinating regional artisans.

The first movie, called “Glenn Bolick — Saw Mill Man,” is about a talented old timer that is known for his storytelling, bluegrass music and original pottery creations. Living in next door Caldwell County, Bolick often performed with Doc Watson’s older brother Arnold Watson back in the day. Nowadays, Glenn and his wife, Lula’s, Seagrove style pottery works has become a family tradition.

The other film is titled “Herb Key — Nurturing American Heritage,” and it features the continuing life of Key, who is a Wilkes County native known for his storytelling, expert musical instrument making and his knowledge of living off of the land.

The event lasts from 6-7 p.m. with Jones on hand for discussion and meet and greet. More information can be found at www.blowingrockmuseum.org or by calling BRAHM at (828) 295-9099.