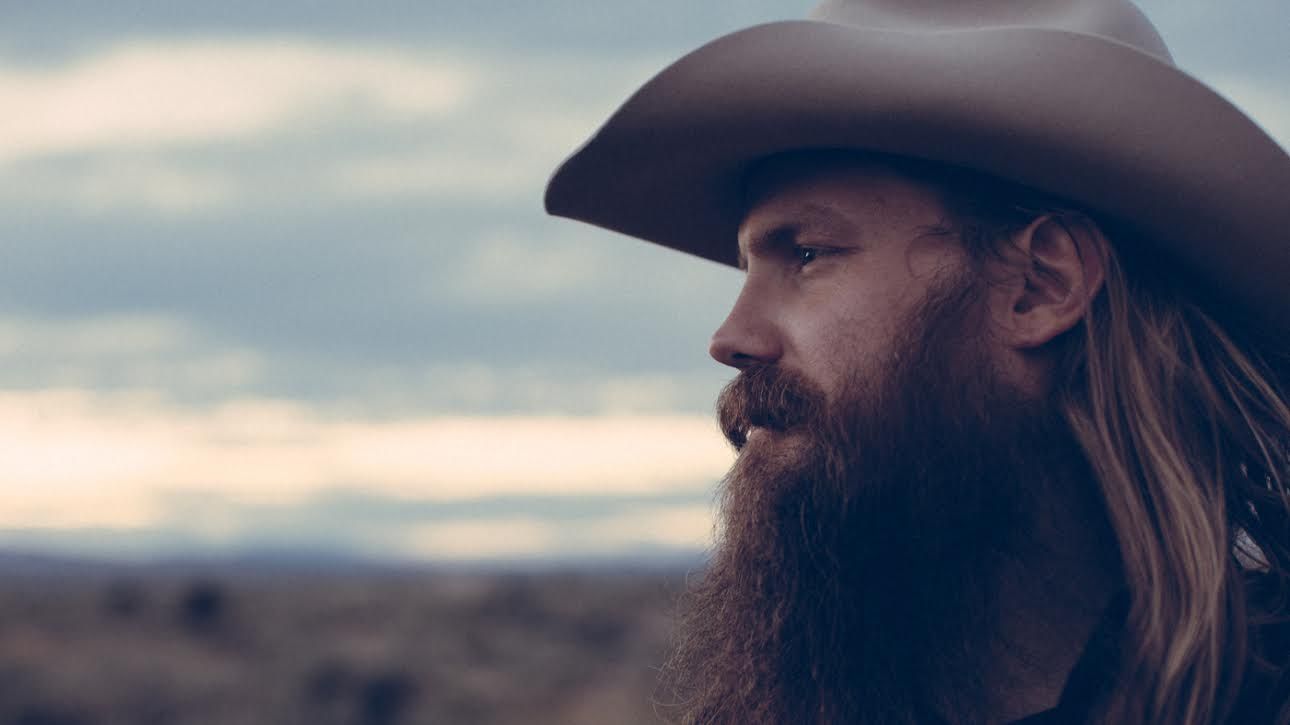 Stapleton has a voice that we’re lucky to get once a generation. A voice 'as deep as dirt' as the old-timers say. That voice and the emotional intensity that drives 'Fire Away,' 'Parachute,' 'Tennessee Whiskey,' 'Daddy Doesn’t Pray Anymore,' 'Sometimes I Cry,' 'When The Stars Come Out' and 'Whiskey and You' is why 'Traveller' is one of the best albums of 2015. 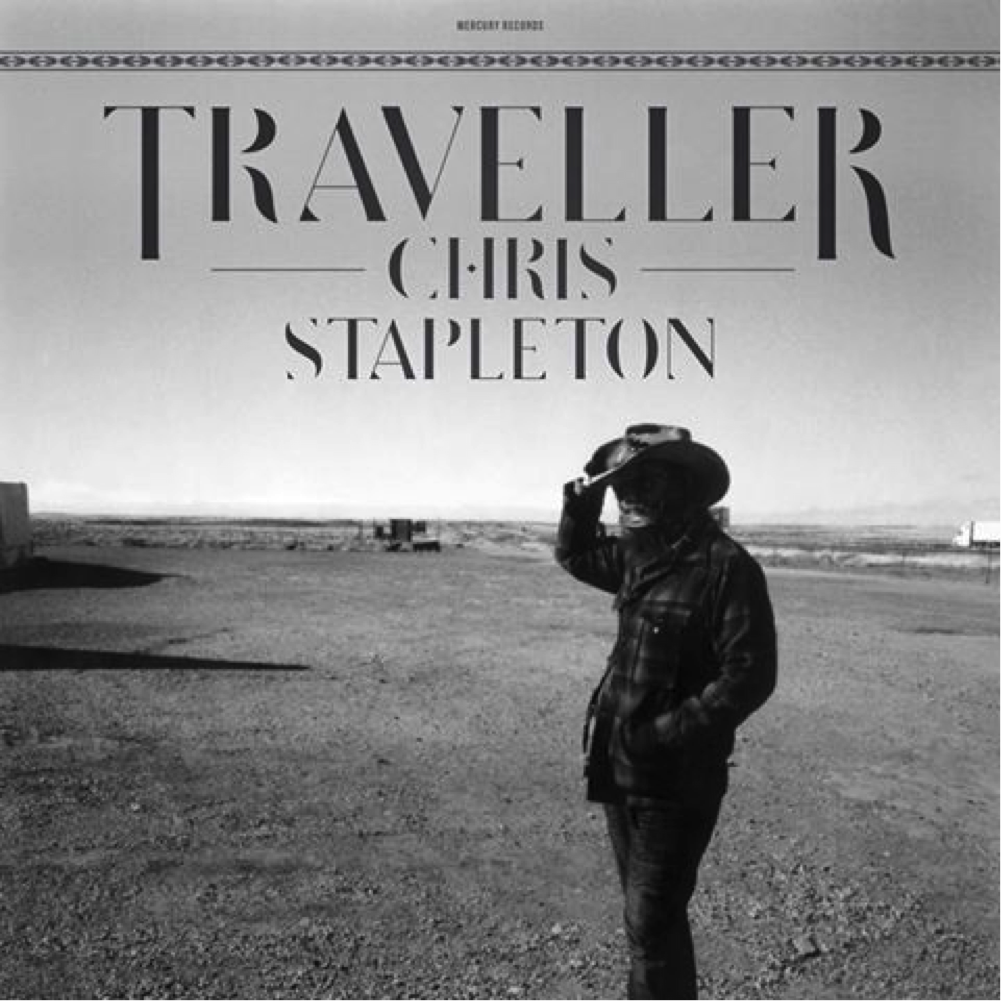 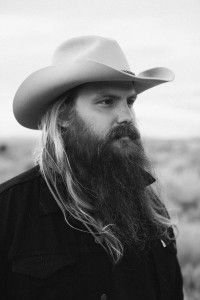 Stapleton has a voice that we’re lucky to get once a generation. A voice 'as deep as dirt' as the old-timers say. That voice and the emotional intensity that drives 'Fire Away,' 'Parachute,' 'Tennessee Whiskey,' 'Daddy Doesn’t Pray Anymore,' 'Sometimes I Cry,' 'When The Stars Come Out' and 'Whiskey and You' is why 'Traveller' is one of the best albums of 2015.

If you say the name “Chris Stapleton” within the bluegrass or the Nashville songwriting circuit, you will be peppered with all types of accolades normally reserved for the giants of those industries.

But outside of those circles, you’ll probably hear, “Never heard of him.” That divide could be getting a lot smaller with his newly released debut solo album, “Traveller.”

Stapleton, born and raised in Kentucky, first made a name for himself with the bluegrass group, The Steeldrivers. Their first self-titled album, released in 2008, is arguably the best bluegrass album released in decades. Their bluesy groove, powerful narrative-based songwriting and Stapleton’s gritty, soulful voice that tends more to Ray Charles than Bill Monroe combined to give bluegrass listeners a fresh new powerhouse album.

His announcement about leaving The Steeldrivers sent shockwaves through many bluegrass circles. Musicians dream of making that type of impact on a genre of music, and here Stapleton decided to just walk away. But he walked into a circle of elite Nashville songwriters, and his songs were recorded by Darius Rucker, Kenny Chesney, Adele and George Strait.

When Stapleton plays “Drink a Beer,” a song that became a hit for Luke Bryan, he not-so-jokingly says, “This song bought me a house!” That type of financial security is becoming a rare commodity in today’s music industry and is almost non-existent in bluegrass.

Stapleton hit a rough patch last year, as the release of his single — “What Are You Listening To?” — failed to crack the Top 40. Then he suffered the loss of his father, a true Kentucky coalminer and one of the biggest musical influences of his life, as he fostered the deep love of outlaw country, R&B and soul music in Chris. But as we’ve seen in eons of artistic endeavor, adversity can produce the most raw and emotionally honest work.

“Traveller” is the perfect album at the perfect time for Chris Stapleton. Not only does it lay down a multidimensional foundation for his solo career, but it comes at a time when music fans are actively searching for and supporting the honest and genuine voices in country and Americana, such as Jason Isbell and Sturgill Simpson (all three career-changing albums were produced by David Cobb).

If we are seeing the beginnings of a country music revolution, as some are proclaiming, this album will easily fall into the vanguard force leading the way.

The opening title track was written on a cross-country drive with his wife in a classic Jeep Wrangler. This trip served as a “head-clearing” event shortly after his father passed away.

“I’m just a traveler on this earth

I just keep rolling until I’m in the dirt

Because I’m a traveler”

Stapleton has a voice that we’re lucky to get once a generation. A voice “as deep as dirt” as the old-timers say. That voice and the emotional intensity that drives “Fire Away,” “Parachute,” “Tennessee Whiskey,” “Daddy Doesn’t Pray Anymore,” “Sometimes I Cry,” “When The Stars Come Out” and “Whiskey and You” is why “Traveller” is one of the best albums of 2015.

Stapleton has had a lot of success with people taking his songs into Top 40 country radio charts, and I imagine he will have a publicity push to do the same with these. But I think this album will find more success with people who don’t care about Top 40 hits.

The fans who will connect to this album are also the people who are supporting Isbell and Simpson. These are not ephemeral fans who only care about who’s “hot” right now. These are lifelong fans that have the ability to extend a career into the pantheon of country music history.

The power of Stapleton’s voice and his gut-wrenchingly honest songwriting will produce a career that will thrive independently of country Top 40 hits. As this country music revolution starts to take hold, I’m just glad to be here enjoying it.

Brian Paul Swenk writes for The Mountain Times, Bluegrass Today and his own blog, The Lonesome Banjo Chronicles. He plays banjo in the North Carolina-based band, Big Daddy Love, and is an App State graduate with a music industries degree through the Interdisciplinary Studies program.

Chris Stapleton - Sometimes I Cry (Behind The Scenes/Live)