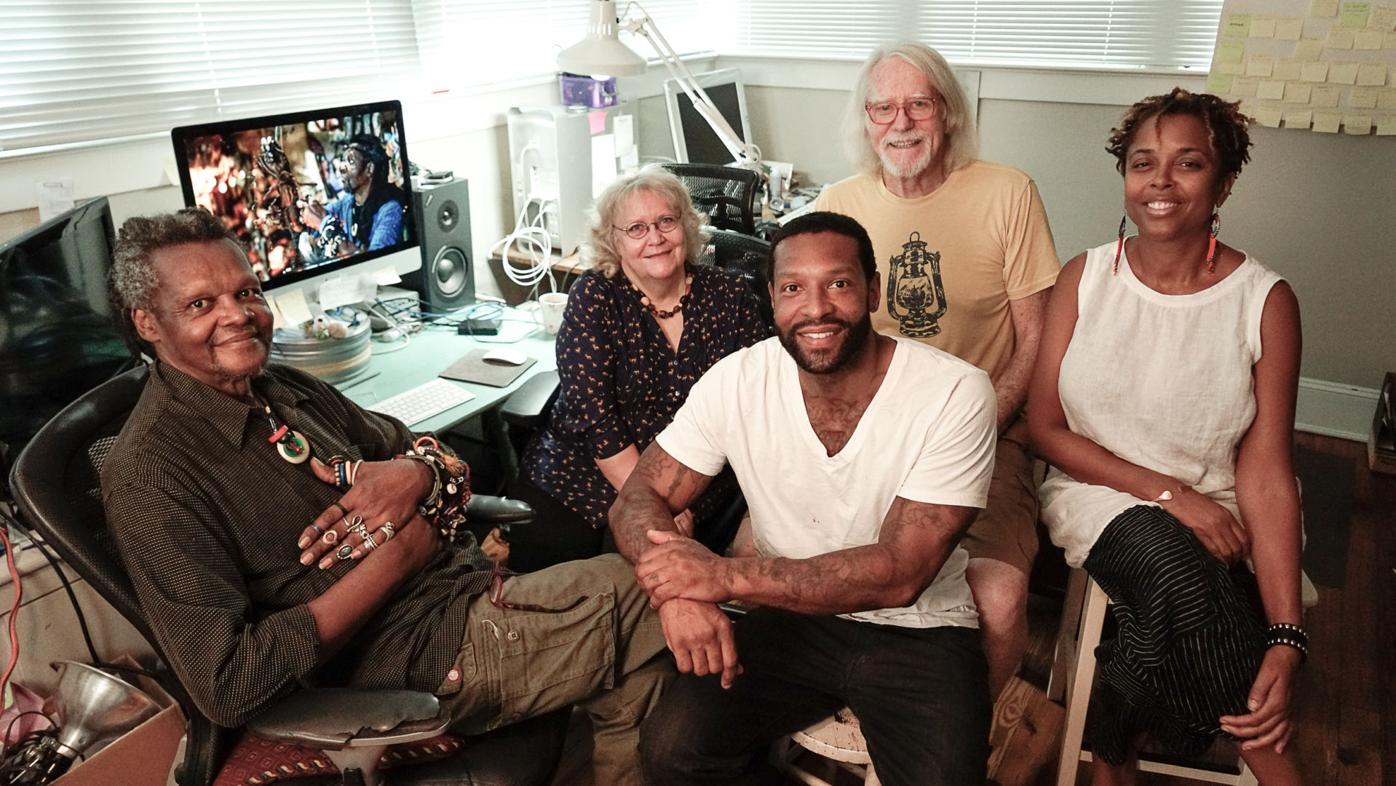 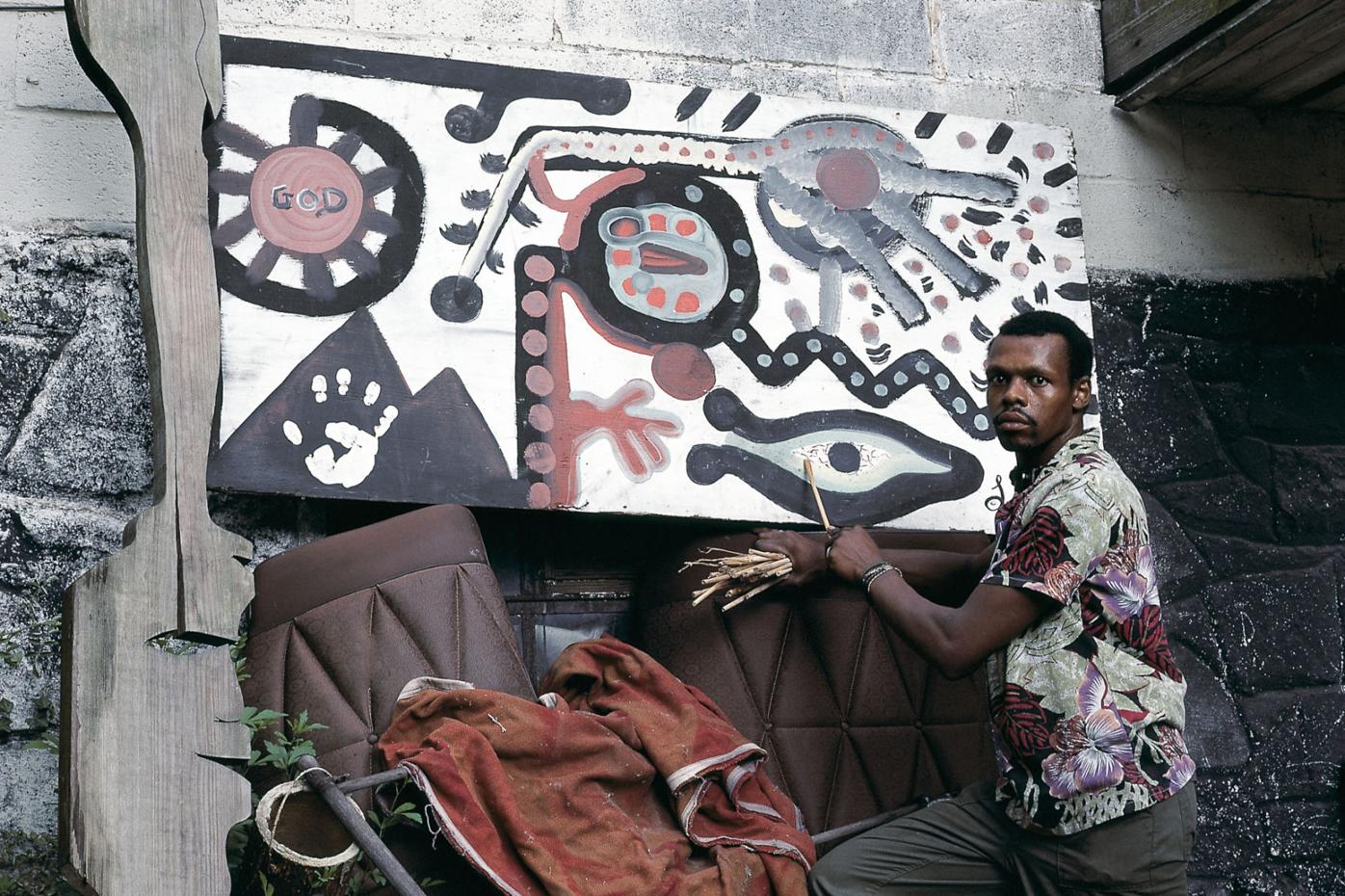 Artist Lonnie Holley with a painting in 1988. 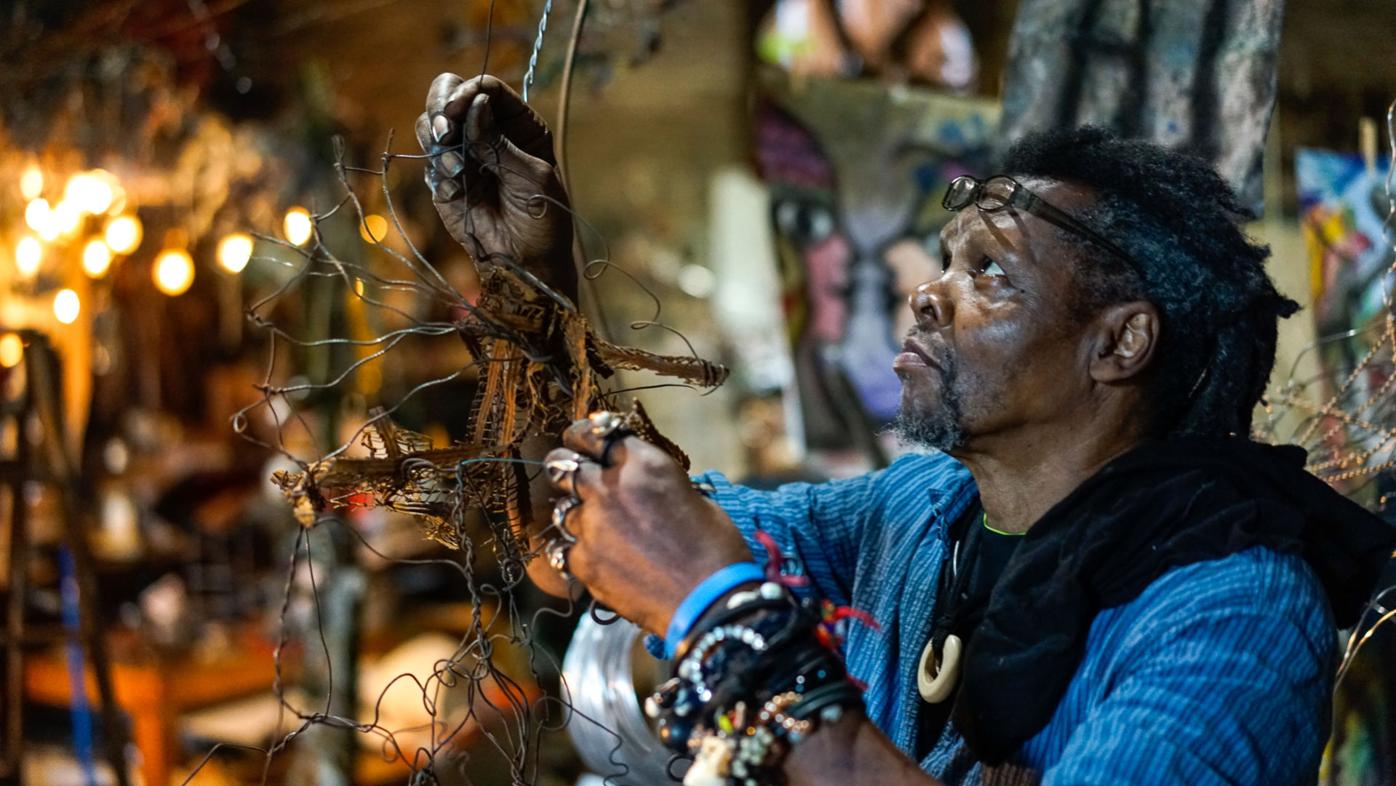 Lonnie Holley in his studio from ‘Thumbs Up For The Universe.’ 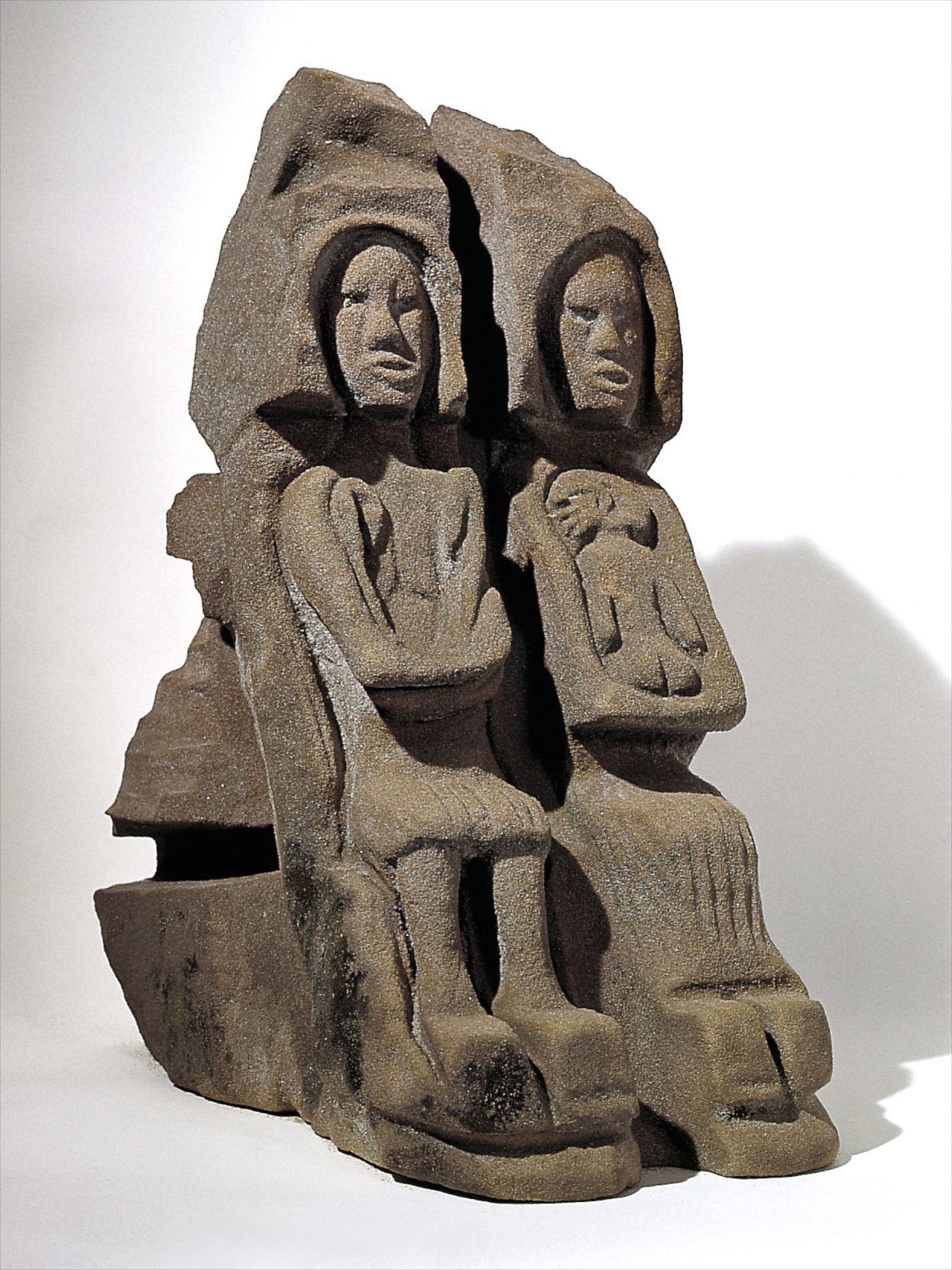 ‘Ruling for the Child,’ artwork by Lonnie Holley. 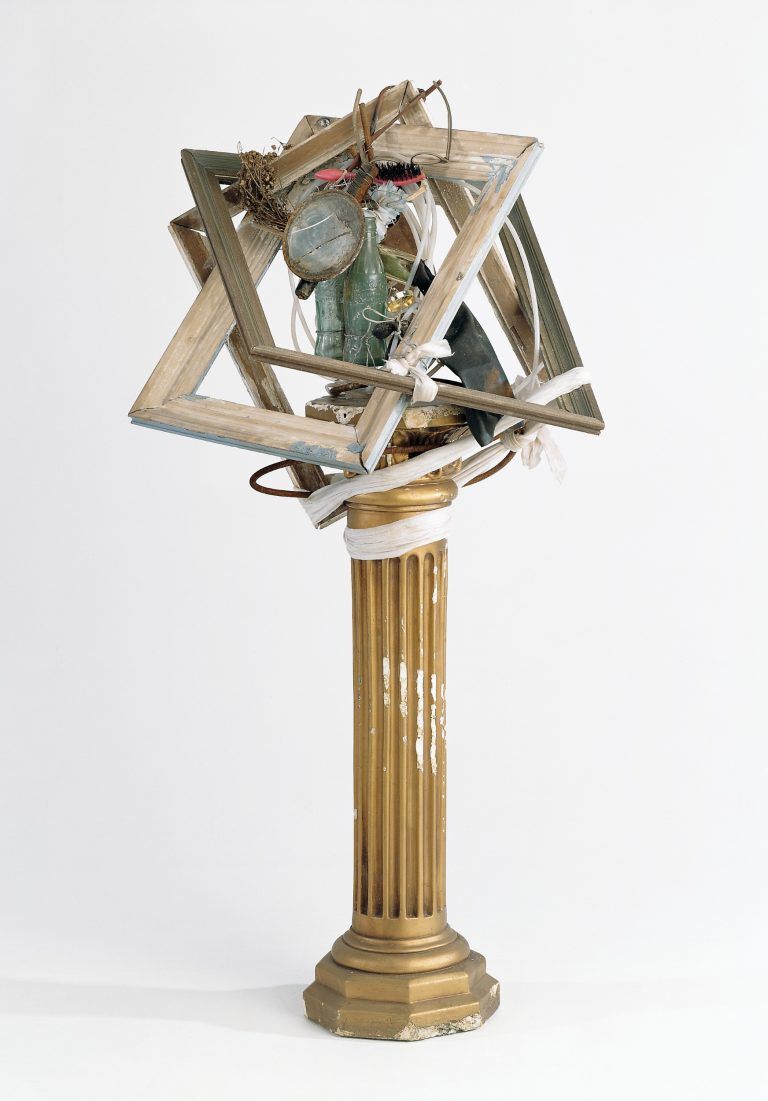 ‘What’s on the Pedestal Today,’ artwork by Lonnie Holley.

Artist Lonnie Holley with a painting in 1988.

Lonnie Holley in his studio from ‘Thumbs Up For The Universe.’

‘Ruling for the Child,’ artwork by Lonnie Holley.

‘What’s on the Pedestal Today,’ artwork by Lonnie Holley.

“Thumbs Up for Mother Universe: Stories from the Life of Lonnie Holley,” a critically-acclaimed film by George King about African American poet, prophet, hustler, visionary artist and shaman, Lonnie Holley will be screened online for free at 3 p.m. on Sunday, Feb. 21, courtesy of the Appalachian Theatre of the High Country and their popular BOONE DOCS film series.

The 95-minute documentary will be followed by a 30 minute conversation moderated by Tommy Nichols, founder of the Charlotte Black Film Festival, and will feature both director George King as well as Holley himself. King is a writer, producer, director of nonfiction film, television and radio projects. His work has consistently won national and international awards and has garnered reviews in both national and regional press across the U.S., including CNN, The New York Times, L.A Times, Boston Globe, Chicago Tribune and the Atlanta Journal/Constitution, among others.

Links for the screening of “Thumbs Up for Mother Universe” and the post-film conversation are available on the theatre’s website at www.apptheatre.org.

“After the world gave up on Lonnie Holley, the Universe sent him the gift of art,” said App Theatre Executive Director Laura Kratt. “Lonnie is continuously creative and curious; he finds beauty in leftover parts and pieces that he fuses into works of great art that tells its own story.”

“It took 22 years to craft this gem of a film about Holley’s survival, endurance and triumph and it is an honor to have the chance to screen the film during Black History Month,” said Kratt.

Born as one of 27 children in Jim Crow era Alabama, Holley was stolen away as an infant and sold for a pint of whiskey. Growing up in grinding poverty and abuse on society’s margins left its scars. At age 28, Holley discovered that making things quiets the demons that continue to haunt him to this day. He began to make art out of what the rest of us throw away: trash, garbage and debris. Now, nearing 70 years of age, his artwork sits in the Smithsonian, the National Gallery and the Metropolitan Museum of Art, while his music has garnered international critical acclaim for its stirring soulful depth. “Thumbs Up for Mother Universe” tells the story of how Holley overcame the longest of odds to become an unlikely art superstar.

BOONE DOCS at the Appalachian Theatre is a recently-launched year-round film series featuring independent and documentary films that spark community conversation by presenting an independent lens to view our world. Showcasing emerging and award- winning filmmakers and distinct perspectives from across the globe, BOONE DOCS celebrates the creative power of independent film. For more information about this BOONE DOCS visit www.apptheatre.org/.